Excerpt - The Misadventure of Donovan and Aevyrn: Part 5

---
[Aevyrn and his friend Donovan, two elf military trainees, decide to go for a forest romp but find themselves hopelessly lost. After being attacked by terrifying, unknown creatures, Donovan finds himself prisoner of the deadly assailants. Meanwhile, Aevyrn wakes to find a fairy warrior woman tending his wounds. They cannot communicate in their native tongues, but the woman understands enough to realize Aevyrn's friend in danger.

Can they work together to find and rescue Donovan in time?] 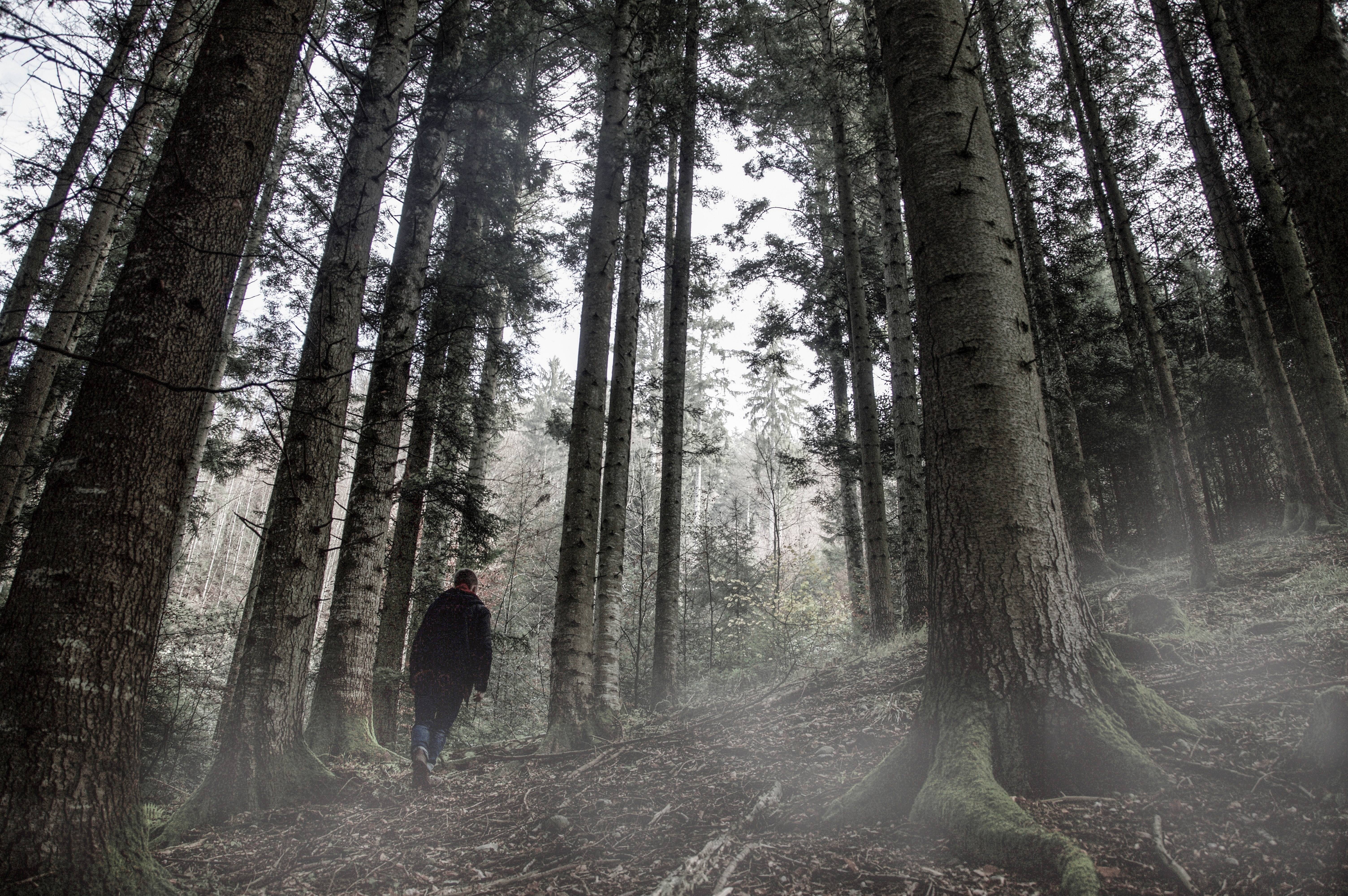 Photo by Jon on Unsplash

The woman’s healing brew, whatever the infernal burning stuff was, had worked wonders. Soon enough, the sharp pain had subsided to a dim ache.

I knew the mystery liquid had healed and not simply dulled the pain when my savior-nurse actually allowed me to stand and hobble along the wall of the cave. Leaning against the rock, I shuffled along the wall, now and then taking moments to rest. All the while, she watched me with a satisfied grin.

Don’t overdo it, I reminded myself as I worked to get my strength back; her muttered words in my direction likely said the same.

How I wished I could understand her. Her grin had faded, her face returning to its natural sober state. The hardened look in her eye, the way she stroked her chin—clearly she was assessing me. Was I strong enough to join her on the “hunt”?

I had no intention of asking a stranger to rescue my friend on their own; but in this condition, would I prove an asset or a liability?

With another commanding word, the woman again turned to rummage through her belongings, the same pile from which she’d procured my father’s hunting knife. This time, she pulled out not a knife, but a sword with strange letters engraved on the crosstrees. The weapon’s design was more practical than the ornate elf designs I was used to—but there was elegance in its simplicity.

Incredulous, I stared. She was offering me her blade? “But what will you use?”

Her impish smile suggested she guessed my meaning. She pulled out a curved bow and string, twirling them between her fingertips. “Hunt,” she said, all smiles again vanishing like a morning dew.

Next from her belongings emerged a quiver, and tugging it over her shoulder, she nodded to me and scuttled out of the cave.

Hunt indeed. I exhaled to steel myself. We’re coming, Donovan. Then I tied the scabbard onto my belt and followed.

Unlike my initial trek through the woods, this march was made in silence. No more tramping without a care; my companion and I watched each step, avoiding every branch and pile of leaves to maintain that stillness. Our eyes ever skirted side to side, searching for signs of our quarry.

Two hunters with no desire to become prey.

Now and then my savior would crouch, dusting away a few leaves to check for prints, dabbing fingers into earth to check the freshness of the mud. Despite our palpable tension, she moved comfortably; clearly, she’d been raised in these woods—under the shadow of those monstrous creatures.

At length, she held out a hand, and I instinctively halted. I waited with measured, quiet breaths as she began to string her bow.

Frowning grimly, she turned to me. Gestured ahead with her bow. Muttered something in her language, punctuated by her final word: “Elf.”

Was she referring to me, or…?

Again she pointed forward, though she didn’t seem to be urging me onward.

Realization struck. Donovan. I tightened my grip on the hilt at my side. He must be near.

As if in reply, a chill wind rose abruptly, billowing the trees and shaking the timid leaves.

Immediately my savior dropped to her belly, eyes roving through the forest. I’d seen that look before: a haunted creature forced to flee or fight.

Her fingers strayed to her quiver, pulling out an arrow and carefully nocking it to her bowstring. She’d chosen to fight, then. A battle hardly her own.

I followed her lead, crouching low but remaining on the balls of my feet; were we ambushed, I could react quicker than she in this position. I could see no creatures, but I did detect another signs of their approach: the sunlight, I now noticed, had grown dim, like a candle sputtering out.

The wind… the darkening light… just as it had been ere those beasts had attacked. But this time, we were ready.

Or so I hoped.

I crept to my savior’s side, hand on the hilt of her sword. I knew next to nil about these beasts, but an army of them could not keep me from protecting my comrades.

She glanced my way, nodding; a gesture I returned. Together we’d face them.

Breathless, we waited: low to the ground, stock-still as the wind sawed through the trees. Gooseflesh prickled my arms. The hair on the back of my neck stood on end. Surely they had to be close. Would we wait until they were on top of us?

My fingers tightened around the sword’s leather grip.

But quickly as it’d come, the wind died away.

Her exhale of relief sounded loud as her whole body relaxed. She turned to me, opening her mouth… and then closing it, perhaps thinking better of what she’d been about to say. Brow furrowed, she gazed at the trees ahead. Thinking. Calculating.

Finally, she seemed to reach a decision—or a realization. She pointed mutely to the forest before us. Then she pointed to her sword, still on my belt. Pulled out an arrow. And then pantomimed stabbing herself in the eye.

Eyes? Were they weak in the eyes?

I watched her gesture from the arrow to the sword and back again a few more times.

Perhaps their weakness was not the eyes but my savior’s weapons themselves. If she’d been raised in this forest, it stood to reason she had ways of dealing with these creatures. Her weapons may have been blessed with properties lethal to these creatures—something my father’s hunting knife was hardly built to do.

I nodded. I understood well enough.

But she wasn’t finished gesturing yet. Now, with a relieved sigh, she pointed upward to the canopy of leaves. Whispered another word I didn’t understand. Fortunately, I had no need. Actions spoke louder than pantomime: she jumped at a tree’s lowest-hanging limb and began to climb.

I watched her, tilting my head like a curious pup. Why would she climb? If she were a fairy, couldn’t she fly? Perhaps this too was a method to kill the creatures.

With a shrug, I clambered up the tree after her. In this respect, at least, I had a distinct advantage: were she truly a fairy and used to flying… I was an elf who had grown up in the forests of Tiearnach Castle. Climbing trees came as easy to me as walking, even with my wounds.

I made my way slowly, cautious so as not to reopen the wound in my side. Even my careful pace outdistanced her quickly. I swung around the tree trunk, effortlessly sailing over her head and up another two limbs.

She stared at me, a mixture of awe and annoyance.

On and on we climbed, up to where the branches were so small they shook my savior’s confidence. She hesitated before testing each new branch’s strength, glancing down nervously before pulling herself up.

I, with my elven light-footedness, had nothing to fear. I perched myself on a branch high over her head—one too small to hold a human of my stature, though it barely bent under my weight.

Again she marveled silently at my skill. But then she gestured for silence, nestling close to the tree trunk with bow at the ready.

So we’d wait, then. But were we awaiting a chance to catch our prey… or for them to guide us to their den?

We waited in the dreadful silence as anticipation stretched moments into hours. Finally, our patience was rewarded with the creatures’ telltale signs: a dimming sky and the same chilling wind—

And then a swirl of smoke-like shadow emitted from a tree in the distance, and I received my first good look at my prey.

It was a gnarled, black thing that sent shivers down my spine: twice the height of an elf, with ease. Thick, coiled black tentacles burst from the ground beneath its trunk, creaking and groaning as they snaked along the earth. Any green plant the roots touched shriveled away. Then the roots stabbed into the earth, dragging the creature’s whole mass forward: a lurching but alarmingly quick pace.

Swifter than I’d like, it was coming our way: one step… two steps… three… its roots dragging it closer and closer to the place where we waited high above its horribly misshapen head.

My savior stiffened, her breath growing quicker as she turned toward me and pointed down.

My heart hammered in my chest. We would wait until it was directly below us… and then make our attack.

Characters and story inspired by Mitchell Anderson and me.