The Attack on Titan anime 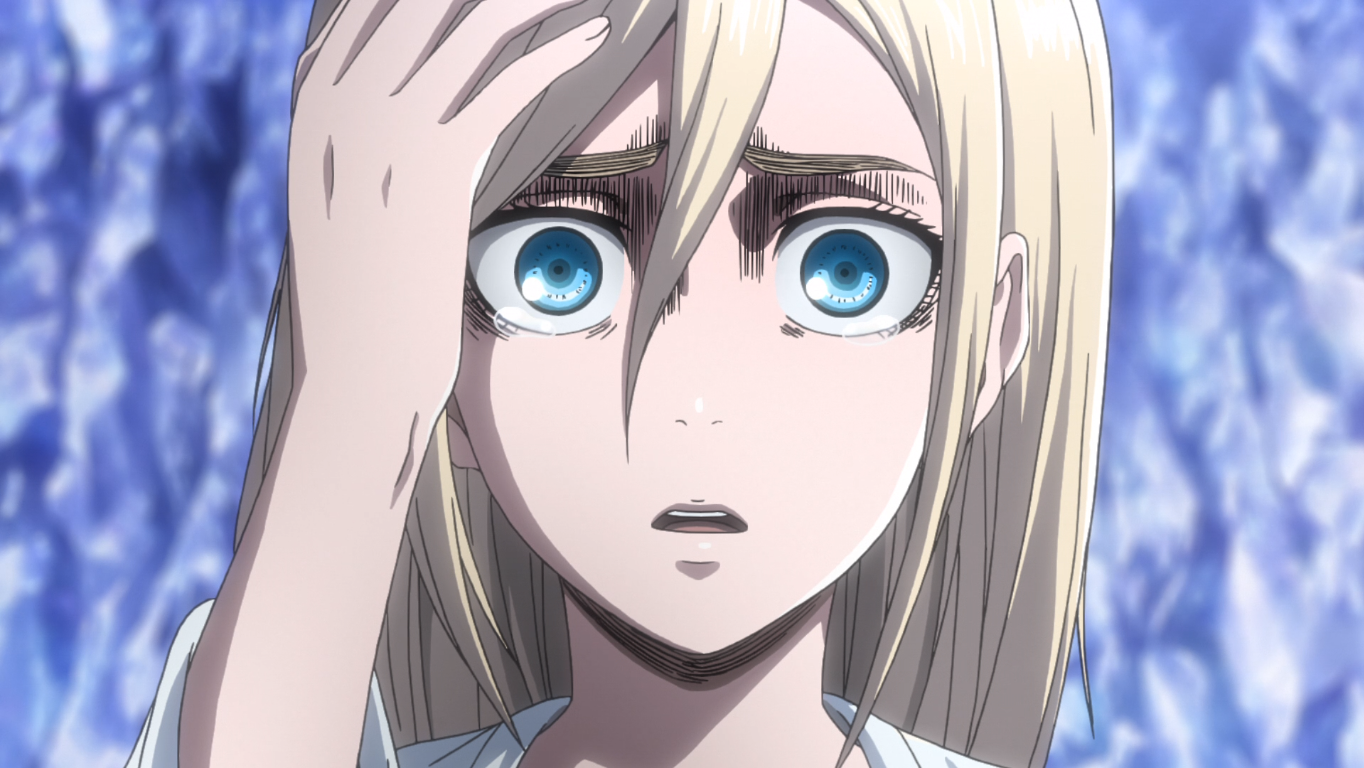 In a world overrun by rampaging man-eating giants, it’s little wonder every character in Attack on Titan experiences pain and loss. Despite its fantastic premise, Attack on Titan deals with real psychological and emotional issues, such as how to handle hurt. The show highlights two opposing ways of dealing with that hurt through its characters Ymir and Historia. 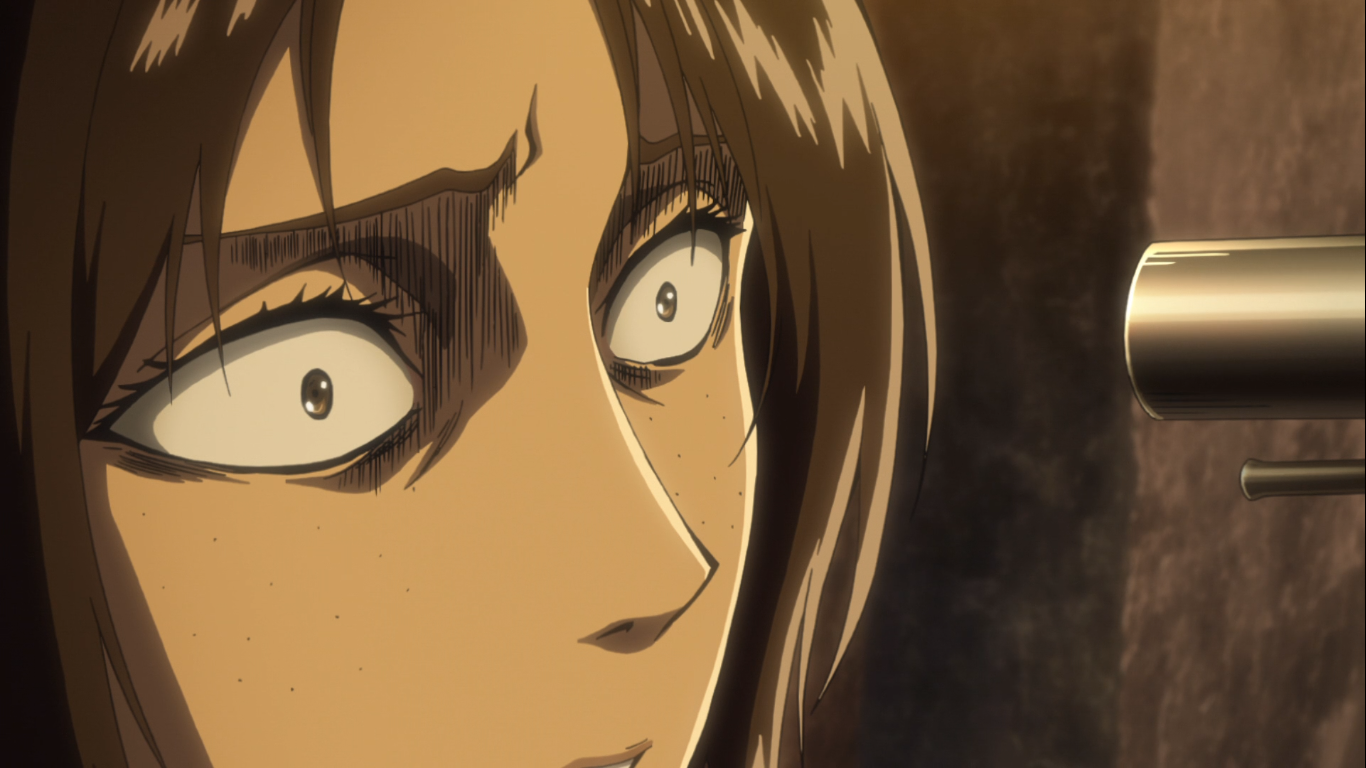 Ymir and Historia have suffered tremendous pain since their early lives. They have loved and lost to the point of near numbness. Neither grew up with loving parental figures. Ymir was an orphan who initially grew up in poverty; Historia is the illegitimate child of a nobleman, and her own mother wished she’d never given birth to her.1 Each had some small bright spots in their lives that were eventually torn away from them, often in violent and traumatic ways. Ymir was adopted by a cult that worshipped her—and they would later be persecuted and tortured by the authorities. Historia had a half-sister who would pay her visits but would erase her memories of their time spent together; and Historia’s mother would later be murdered right in front of her. 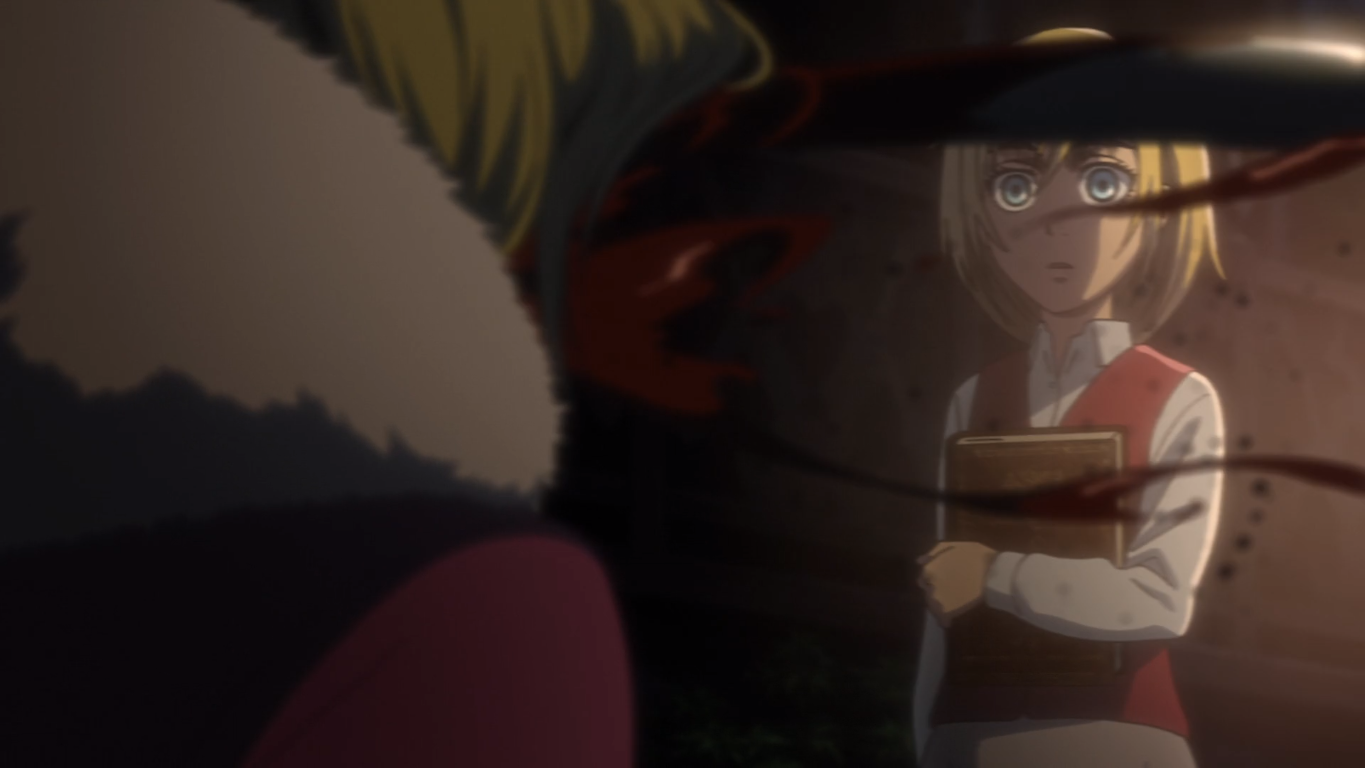 After attempting to sacrifice herself to save the only family she ever knew—only to find it all worthless—Ymir takes a self-centered approach. “If the world is going to be cruel no matter what I do,” Ymir thinks, “then I’ll live only for myself, not caring how cruel I am to other people.” When Ymir gets a second lease on life, she spends her days stealing, cheating, and sneaking around, doing whatever she desires. And seeing Historia on the same path she was on before, she tries to teach Historia her new way of dealing with hurt: be kind only if you get something in return.2 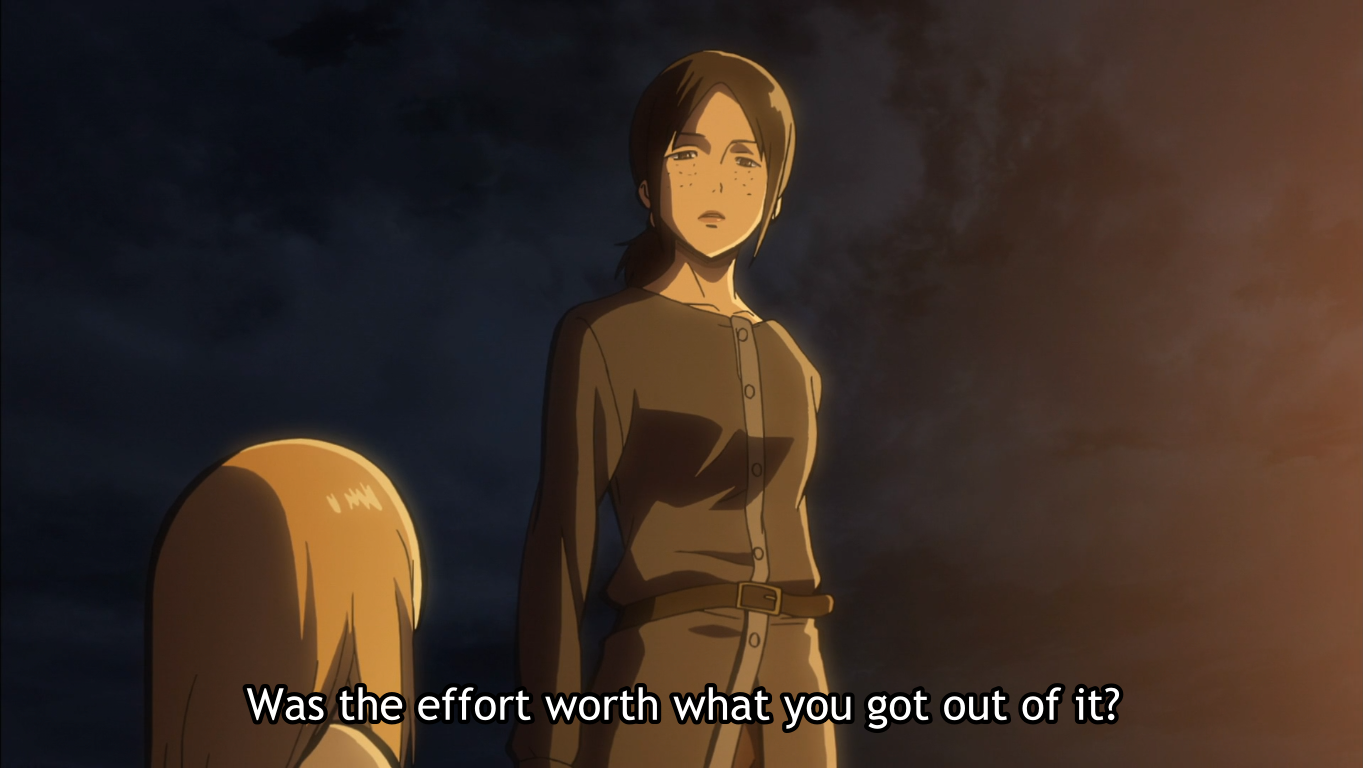 Though Ymir isn’t always consistent in her adherence to this philosophy (she occasionally sacrifices her own wellbeing for Historia’s), she does stick to her philosophy on dealing with hurt in the end. To get what she wants, Ymir risks Historia’s wellbeing, going against her captors’ wishes by leaving to find Historia and see her one last time. 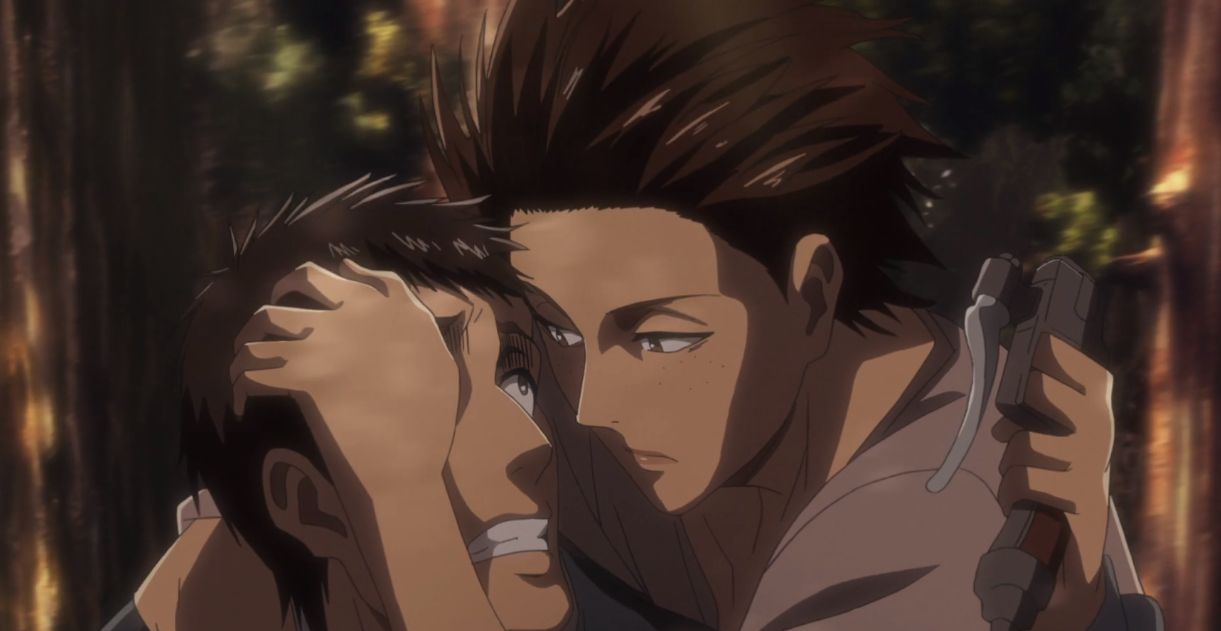 “Even if it means taking her future away, I’ll do what it takes to live and meet her,” says Ymir.3

Even when once again under her captors’ watchful guard, she again reaches out to Historia, even if it means endangering her. In the end, Ymir has chosen to do what she wants, regardless of the wellbeing of others... doing “nice things” as long as she gets what she wants—Historia—in return.

Regardless of whether we admire or admonish Ymir for her decision to pursue her own desires, the fact remains that in order to deal with her hurt, Ymir has closed herself off to the world.

Ymir does not care about other people except for Historia. After losing the cult—the only family she knew—she decided to spurn the world... and to close her heart off. Ymir not only chooses not to care about anyone besides Historia (whom she tends to care for in an inherently selfish and unhealthy way); she also chooses to largely ignore her sense of empathy. Despite infrequent moments of empathetic actions—when she joins the army to help Historia; tries to encourage others to live the way they see fit; or has an amiable conversation with fellow trainee Bertoldt about a friend of his—Ymir largely does not care about other people. She’s mostly closed her heart off to the emotions of others.

She became a thief to serve herself, not caring whom she stole from or sold to. She regularly bad-mouthed the other trainees in the corps, even Historia herself. During her conversation with Bertoldt, Ymir completely ignores the fact that three feet away, Bertoldt’s comrade is choking another fellow trainee unconscious. Ymir just doesn’t care. She’s chosen to close herself off to make sure she’d never be hurt again.

By contrast, Historia has chosen to keep her heart open to the needs and feelings of others. Even after all the terrible things she’s seen and been through, she still attempts to be kind and gentle to others. She sneaks a loaf of bread to a fellow trainee who had to go without supper. She’s willing to throw away her own life attempting to rescue another trainee in the middle of a blizzard. She brings horses and supplies to fellow soldiers on the battlefield, risking her own life and limb. She selflessly throws her livelihood on the line to advocate on Ymir’s behalf when Ymir’s allegiance comes into question. She’s even willing to be taken captive in order to rescue Ymir from their enemies.

Granted, it’s unclear to what degree Historia is serving others out of the goodness of her heart and how much is just wanting to appear good so she can die a hero. There’s plenty of moments where Historia seems to accept Ymir’s philosophy too: moments where she throws caution to the wind and does as she pleases, or moments like the one where she proclaims, “I’m starting to hate humanity! Let ‘em get wiped out by Titans! I’m humanity’s biggest enemy! Got it?! I’m the worst girl who ever lived!”4 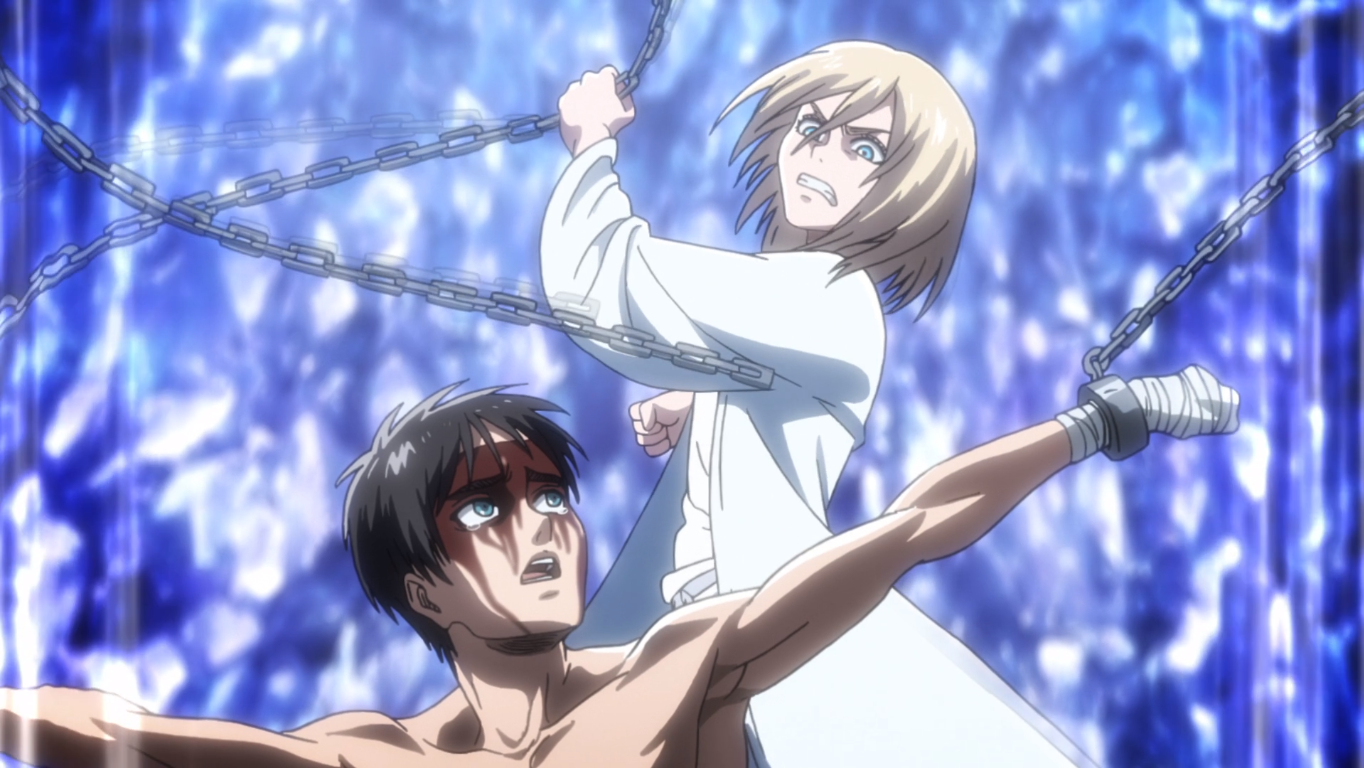 But despite her conflicting motives, the fact remains that Historia deals with her childhood hurt by remaining emotionally open and vulnerable, listening to the needs of others and serving them, even to her own detriment. She wants to be a loving, caring person who can help others survive and overcome their hurt. 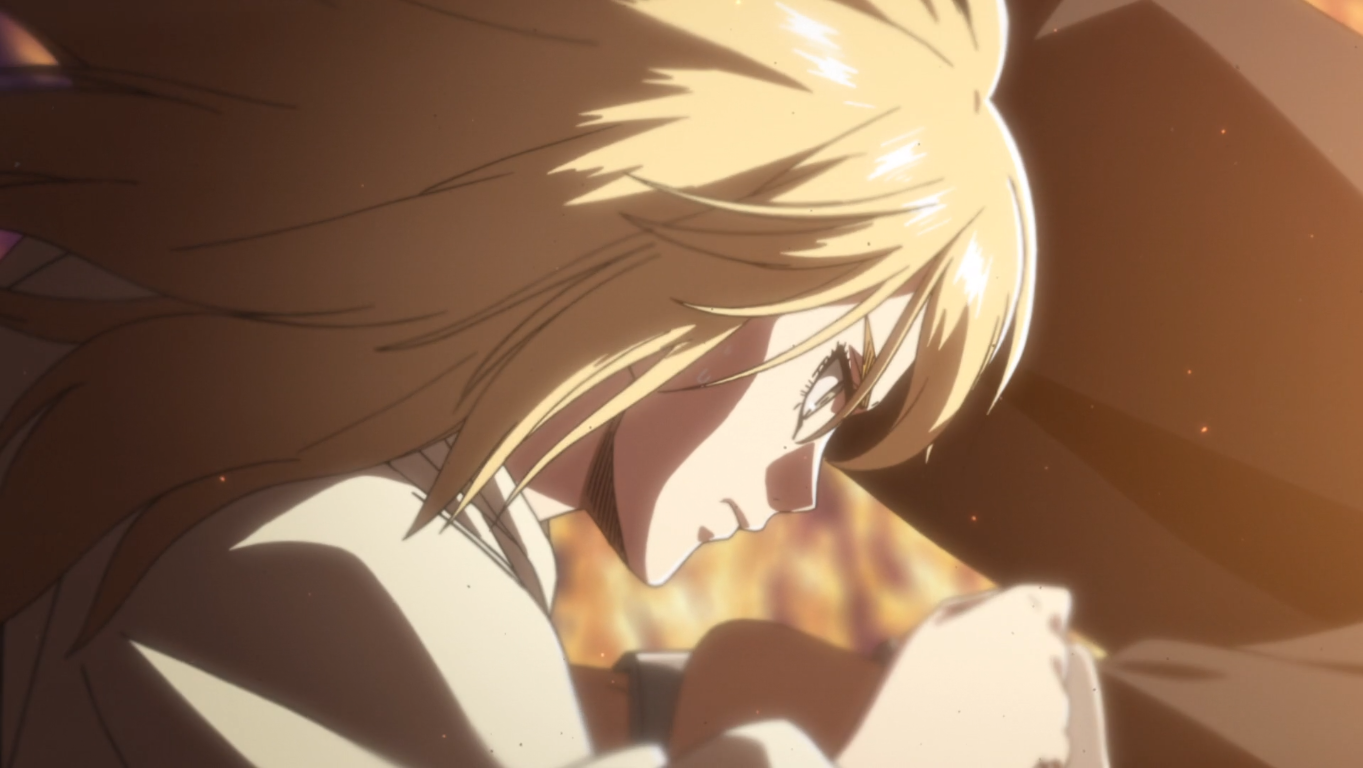 She says so herself: “When I see people crying to themselves, saying they’re not needed... I wanna tell those people that’s just not true! No matter who! No matter where! I’ll come to their rescue!”5

Keeping your heart open in this way—especially in a world that can take everything from you—takes incredible strength.

“Just look how strong she’s become...” Eren thinks to himself as he watches Historia prepare for battle—one that will require her to kill the father she was just beginning to get to know. “For the longest time, I thought she was the weak one,” Eren confesses. “I had it wrong.”6

Eren may not have meant Historia’s emotional strength, but it remains no less true; Historia has been and remains one of the strongest characters emotionally in the show for choosing to remain open and sensitive to others’ needs. In fact, the show would have been over halfway through the most recent season had it not been for Historia’s heart.

Attack on Titan never shies away from showing the dark parts of human nature and the toll it takes on others. However, Attack on Titan also shows that there can be no future without people choosing to remain emotionally open.

---
As always, please be considerate of us anime-only dweebs who haven’t read the manga. :) Spoilers will, unfortunately, need to be deleted!

---
Notes and References:
All photos are used under US “Fair Use” laws. Attack on Titan and all related terms property of Funimation. And I am not affiliated with them.