Note: This post has been edited to correct typos and to slap a spoiler warning on top. Sorry to anyone I may have accidentally spoiled!


Persona 5 took the world by storm with its flashy aesthetics and attractive characters, almost single-handedly bringing the Persona series, once only known by niche gaming audiences, to the public consciousness. 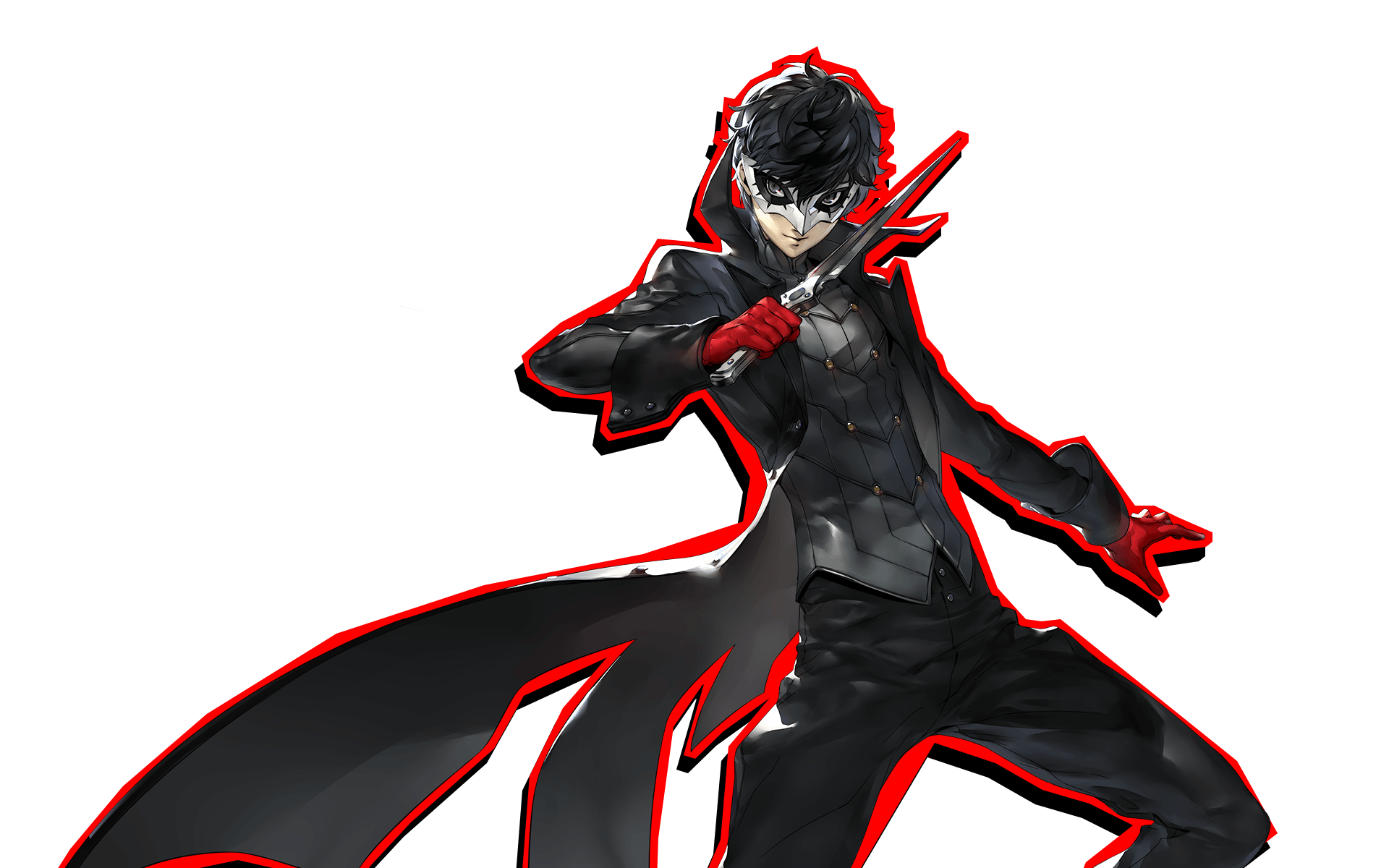 Persona 5 centers around Phantom Thieves, a collection of high school students who discover they can enter others’ minds and cause them to undergo a change of heart. The Phantom Thieves use this ability to become vigilantes who force criminals to expose, confess, and apologize for their deeds in public.

How do they do this? By using a medley of mythological creatures and deities to combat the shadowy figures that represent the criminals’ malicious inner workings. 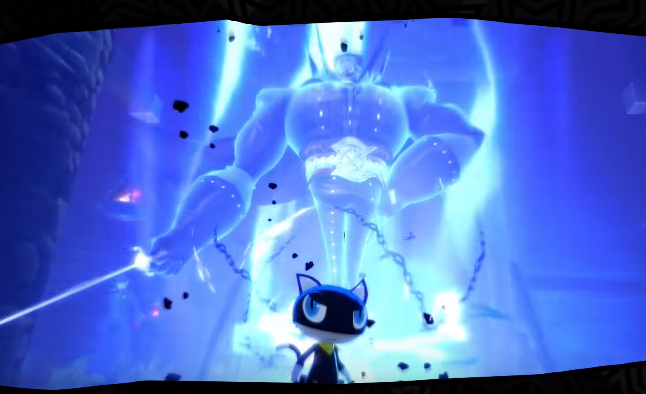 This reliance on mythological beings for combat is a staple of the Persona franchise and its mother series, Shin Megami Tensei, meaning mythological and religious references really aren’t anything new for this series. Still, I found the amount of Christian references and parallels in Persona 5 striking.

The Thief Who Plunders

For starters, both Persona 5 and the Bible are about particularly notable thieves.

Don’t believe me? Check this out.

The Bible contains a couple passages where God equates himself (or his actions) to that of a thief. For instance, 1 Thessalonians 5:2, where “the day of the Lord’s return” is said will come “like a thief in the night.”1 Or, more overtly, Mark 3:22-27, in which Jesus (who is God in human flesh) reveals that he came to “enter the house of a strong man and plunder his goods,”2 a metaphor for how Jesus would overcome Satan and save humanity from sin, spiritual death, and eternal torment.

I always thought these passages were strange: they seemed out of place for the Bible and out of character for God. Thieves steal things. Why would the Creator of the universe need to steal anything? And wasn’t that wrong? Sinful?

Funny enough, it was the Phantom Thieves of Persona 5 that helped me understand these verses better.

When humanity chose to disobey God, we chose a life where we would be subservient to our own “distorted desires,” as Persona 5 calls the evil (sinful) desires of humankind. This disobedience put Earth in the hands of Satan (Matthew 4:8-9); essentially, by choosing to sin, we became Satan’s “goods.” However, Jesus came to steal us back.

And this is where the verses comparing God to a thief—and Persona 5’s Christian parallels—come into play. Neither Jesus nor the Phantom Thieves are thieves in the typical sense of the word (that is, criminals who take things from good people). Instead, they’re all “Robin Hood”-like thieves: the kind who steal from criminals to bring about justice.

But the similarities don’t stop there. The Phantom Thieves use their ability to enter into others’ minds (their “superior strength,” as Mark 3 puts it) to plunder powerful, “strong” men,3 just like Jesus does. Neither the Phantom Thieves nor Jesus attempt to steal material wealth and goods; they’re operating on a spiritual, soul-level, dealing with people’s hearts. While the Phantom Thieves snatch away a person’s “treasure” (someone’s most cherished idea) to destroy their distorted desires, Jesus snatches our hearts away from Satan, providing a way for us to be cleansed of our own distorted desires: to form a relationship with Jesus and to become more and more of the purified, true self we were meant to be. In both cases, the “thieves” steal to set people free.

However, one might argue, unlike the Phantom Thieves, Jesus only comes to steal away a heart freely offered. While the Phantom Thieves hardly ask permission of their villainous victims to change their hearts, Jesus never forces anyone to accept his change of heart.

Still, there is a case where both parties change the hearts of someone who volunteers—no, desperately begs them—to change her heart. While Jesus does this for anyone who accepts his gift of salvation and chooses to turn to him, the Phantom Thieves do this same thing for a girl who eventually becomes their ally: Futaba, who recognizes she is trapped inside her mind and is desperate for relief, knowing the Phantom Thieves are her only hope for a healthy life.

And this isn’t even the most overt reference to Christianity in Persona 5.

Rivers in the Desert

The thief parallel pales in comparison to the direct Biblical allusions found in the song that plays during the final boss—the unequivocal exclamation point to the game’s themes. The song in question is titled “Rivers in the Desert,” and in addition to being arguably one of the most JAMMING songs on the fantastic soundtrack, its title (borrowed from a line in the chorus) is an incredibly overt Biblical reference.

These lines are direct references to the book of Isaiah, which contains multiple passages that mention creating rivers in a desert (or other dry land), including Isaiah 41:18; 43:19-20; and 50:2. Isaiah 43 may be the most direct reference, however; the Bible passage even repeats the reference to water in a dry land just as the song’s chorus does.

This, however, is only the beginning of the song’s Biblical allusions, references, and parallels. When the song hits the second chorus, it expands upon the above two lines:

“A river in a dry land...
When the hope of new beginnings burned our feet”

This last line is an excellent reflection of the state of the Israelites as they fled Egypt, arguably their most iconic trip through a desert. This exodus represented a hope for a brand-new beginning: a period where they would find a homeland and become a nation, not just a tribe of people or a group of slaves.

The second chorus goes on:

The Israelites required physical water to survive in the desert and the spiritual/metaphorical waters of God’s rescue to save them from the “desert” of slavery in Egypt. The Phantom Thieves also need these “rivers in the desert”: they cannot exist without a river in a dry land, just as we can't spiritually live without God's miraculous work of rescuing us from our sin through Jesus’ sacrifice.

“An oasis in a singed land
Remind us what we're here for:
Creating new life
Creating rivers in the desert”

The Phantom Thieves’ purpose is to create new life—both rescuing those who have been oppressed by criminals and giving criminals a new lease on life by forcing them to confess to their crimes and become better people. In the same way, a Christian’s purpose is to bring God’s refreshment to a dead world that needs new life.

But the song isn’t finished yet. The third verse contains yet another direct reference to Isaiah 43:

“The time for a new start
Is constantly drawing nearer”

In Isaiah 43:18-19, God proclaims he's "about to do something new." Not only is this new start "drawing nearer," as the song says, but God announces that he "[has] already begun" the work.

The song’s bridge, however, has perhaps the most interesting Biblical allusions of all.

It begins with the line, “When a cool drop of water's all I need…”

My first instinct was to connect this line to a Bible story about a poor man named Lazarus who is granted eternal life and a rich man who is condemned to hell. In the story, the rich man is so desperate for water that he asks Lazarus to “dip the tip of his finger in water and cool [his] tongue.”5 But this story didn’t quite match up. After all, it would make the Phantom Thieves the wicked rich man who is parched with thirst—likely due to his crimes and wickedness.

Upon further searching, I stumbled across Isaiah 41:17-20, which refers to “poor and needy” people who are “search[ing] for water... [whose] tongues are parched from thirst.”

Cross-referencing this Bible passage with Matthew 5, we see references to some familiar words. Matthew 5 promises good things to “the poor” as well as to "those who mourn" (as Ann does when her friend nearly commits suicide after the sexual abuse the two girls have suffered at the hand of one of their teachers); "those who are humble" (as the artist Yusuke becomes after receiving multiple negative reviews of his paintings); “those who hunger and thirst for justice,” (the explicit goal of the Phantom Thieves), “the merciful” (the Phantom Thieves regularly show mercy to their oppressors), “those whose hearts are pure” (the Phantom Thieves gain pure hearts and attempt to maintain them while seeking to purify their enemies’ corrupted hearts and desires), "those who work for peace" (the Phantom Thieves work to create a world where the innocent can live in peace), and, last but certainly not least, “those who are persecuted for doing right"—as every single one of the Phantom Thieves is due to the public decrying them repeatedly.

In Isaiah 41, God proclaims he “will never abandon” those poor and needy people, but that he “will open up rivers for them... fill[ing] the desert with pools of water.”

The end of the bridge concludes with this line before returning to the “A river in a dry land” chorus:

“A place to refresh heart and mind…”

Living with God is a place of refreshment, the only place where something miraculous (like opening up a “river in a dry land”) can take place. It’s also fascinating that the same word, “refreshed,” is used in Isaiah 43:20: “Yes, I will make rivers in the dry wasteland so my chosen people can be refreshed.” Also note the reason why God is making rivers in the desert: to refresh his “chosen people.” How interesting, then, that Joker (and, through Joker, the other Phantom Thieves by extension) is also a “chosen” person, selected to rescue humanity.

Wake Up, Get Up, Get Out There: Conclusion

Even with a series as fraught with mythological beings and beasts as Persona, I was still shocked to see a direct Biblical allusion in Persona 5, and even more surprised to see the list of Biblical references and Christian parallels grow the further my analysis progressed.

Perhaps I should have anticipated it, but I never saw it coming.

---
Notes and References:
All photos are used under US “Fair Use” laws. Persona 5 and all related terms property of Atlus. And I am not affiliated with them.