Excerpt - The Misadventure of Donovan and Aevyrn: Part 2


Time for another excerpt!

---
[On holiday, Aevyrn and his friend Donovan, two elf military trainees, decide to go for a forest romp and get hopelessly lost. But in the middle of the strange forest, they realize they are not the only ones here...]

One minute, Donovan stood in front of me, his arm out straight like a barrier to force me to halt.

The next minute, he was gone.

My mind whirled to comprehend it: Where had he gone? And then I heard a shriek, an unearthly whine that screamed to the heavens and shook my very soul. 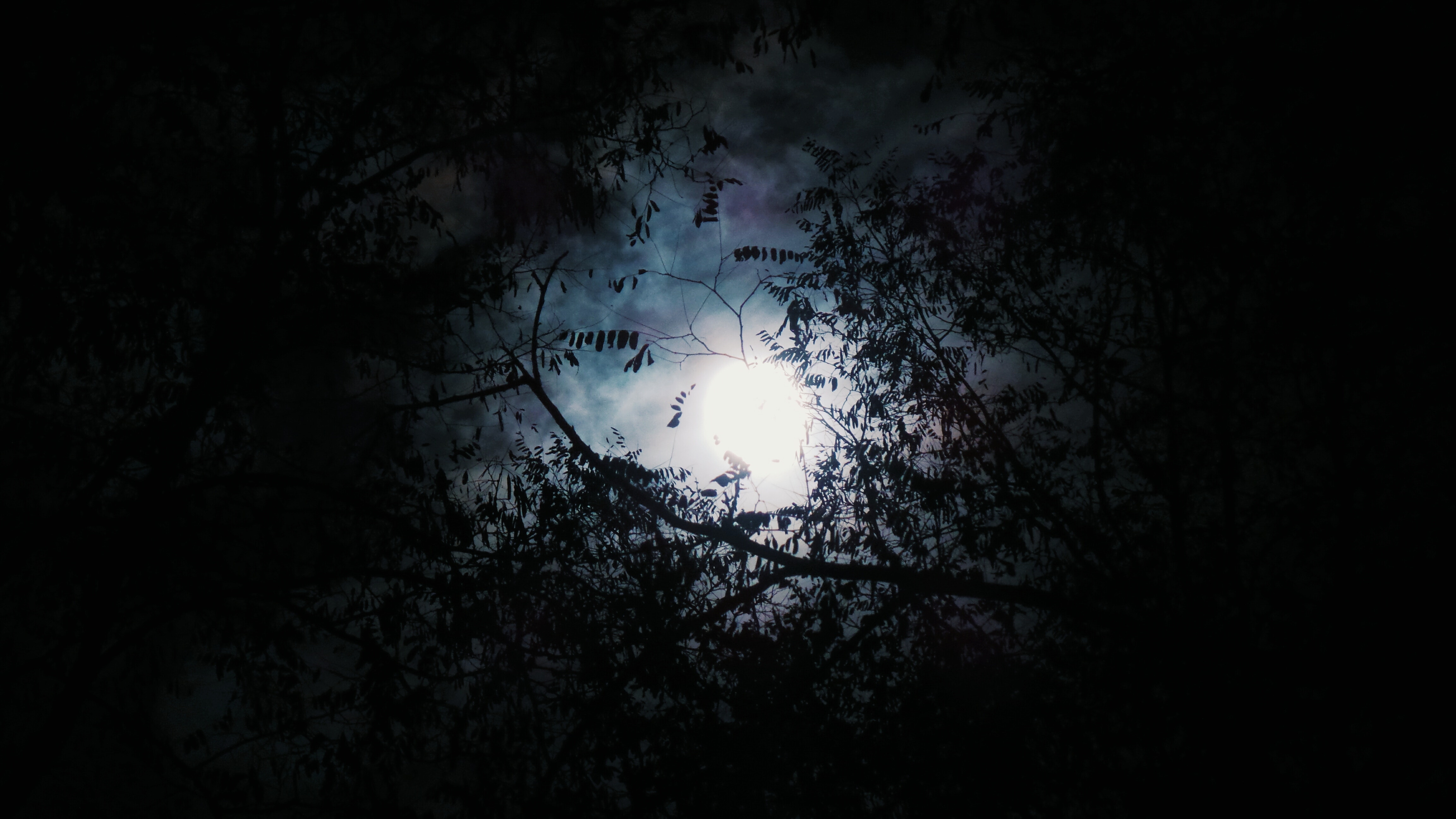 Photo by John Silliman on Unsplash

The darkness that had suddenly seized the forest—it was moving. Shadows that twisted and curled like thick, black smoke spread across the tree branches, the bushes, slithered along the leaves at my feet.

And then the ground slid beneath me.

My feet gave way, and I crashed to my hands and knees. All around me roared a cacophonous noise: like the rushing of a waterfall and the creaking bark of a hundred trees. Leaves billowed past me in a wind so cold it felt like winter had come in an instant.

Then I heard Donovan shouting, just barely audible over the ear-piercing whines.

Whatever had come, there were more than just one.

Donovan was further away now, or at least it sounded like it. I struggled to get my feet under me again, but as soon as I moved, the whines and shrieks swelled, drowning out Donovan’s voice.

A pressure with a silken touch was trying to press me to the ground: a slippery, evil aura that made my head throb with pain even worse than my ears rang from the shrieks.

Shoving against it like an unbearable burden, I got to my feet, but I could hardly keep my balance: the earth still heaved and swayed beneath me like ocean waves.

I pulled out my father’s hunting knife, and it glowed silver-blue: something evil was here indeed.

Just then, I heard a blade’s dull thunk as it struck something of flesh and wood. The shrieks intensified.

Donovan! But where was he? The knife had sounded even further away than his cries.

I could see nothing for the darkness, as if I’d gone blind. Even my glowing blade was swallowed by the darkness, though I could still feel its weight in my hand.

“Donovan!” I cried as I swung at the darkness with my knife. But my voice seemed to be swallowed by the darkness and carried away as if by a fell wind.

What madness is this? I wondered as horror threatened to clamp its talons into my heart. I lunged into the darkness twice more, but my father’s knife could do nothing to the wicked darkness that surrounded me. And if it could not even pierce the darkness with its light, what good would it do against these demonic beasts?

In the distance, so faint as if I’d only imagined it, I heard Donovan screaming my name and calling out frightened curses. I heard more strikes against something wooden and fleshy: again and again and again. My friend may have remembered his sword, but from the desperation in his voice, it too had little effect against our wraith assailants.

“Donovan, I’m coming!” I hollered, forcing one foot in front of the other, working my way against the shifting ground. “What evil treads here,” I bellowed defiantly into the darkness, “know that you face blades of righteousness!”

An angry rush of bitter-cold air battered my ears. Still, I pressed on. “You cannot stand against our might! We shall defeat—”

But I had no chance to finish, for an object of indescribable weight and power crushed me to the ground from behind. My face hit the loam and dirt. I could not even lift my head; something held it down, pinning my whole form to the ground. I could still open my eyes, or so I thought; and for a time, I wondered if I had truly been struck blind, for I could see nothing.

But I felt both my hands were empty: my father’s hunting knife had been knocked from my hand. My only form of defense was gone.

Then something like a giant hand clutched me around my chest, clutching my body in its inescapable grip as it lifted me high off the ground. My head swam. My ribs seared and burned as the giant hand began to crush me. A sharp edge like a blade or massive thorn stabbed into my flank between my broken ribs. But the wounds did not hurt nearly so much as the sensation that came after: as if the stabbing thorn had set my insides ablaze and the flames were spreading, each flake of skin burning from the inside out.

I do not know how long I endured the pain, but it felt an eternity. Then I felt my body falling. But like my sight, my sense of hearing also fled, so I heard and saw nothing.

And then even the pain vanished, and I knew no more for a long time.

Characters and story inspired by Mitchell Anderson and me.