Star Wars Roleplay returns with another excerpt! Today we pick up with Cailen after his harrowing encounter with Darth Occlus, a fallen former Padawan of Master Teek.

Having barely survived the fight, Cailen realizes how much he still has yet to learn. If he has any hope of defeating the Darth, he'll need help… help that only the mysterious and powerful Grey Jedi sect can offer.

To First Excerpt ("A New Master")

---
[Jedi Master Teek and his former Padawan, Cailen Ukiirr—recently recovered from his Knighting ceremony—return to their starship to find a dangerous Sith named Occlus waiting for them. Teek and Cailen manage to thwart Occlus’s attempt to kidnap Cailen, but they have a feeling they haven’t seen the last of him...

Still, with their mission complete, Teek and Cailen return to the Jedi headquarters on Tython, where Teek plans to introduce Cailen to the mysterious order of the Grey Jedi.]

Cailen and Teek were on the shuttle flying into space in no time. Teek sighed. "Goodbye, sand. I will miss you," he said, looking out the window as the planet of Tatooine grew smaller and smaller.

Goodbye, heat and dunes and Occlus. I won't miss you. Cailen pressed his back against the wall and slid down until his rear hit the floor of the ship. He sighed heavily, wincing as his wound from the battle twinged in pain.

Cailen rested his chin on his arms. The exertion of the past three weeks was catching up to him, fast. His body felt like lead. Wonder how long it'll take to get to Tython… he thought as he slowly drifted off to sleep.

The trip ended up taking a few days: it was a long way, traveling from the Outer Rim to the Core Worlds.

By the time Cailen found himself stepping off the ramp into the Jedi temple, a thought struck him: I’ve been gone for almost an entire month…

No one waited here in the hangar to welcome them back. I guess getting the hero treatment will come later.

"Hm… What to do first…" Teek said, mostly to himself. "I guess we can go report your success to the Council."

Cailen took a deep breath. He'd been mentally preparing himself over the past few days, ready for Teek to whiz him through a whirlwind of meetings and ceremonies now that he was a Knight.

As much as Cailen was looking forward to speaking with the leader of the Grey Jedi, it would have to wait. The Council came first.

Teek climbed onto Cailen’s back. "Onward! Ignore the stares of the other Jedi."

"What stares?" Cailen joked with a grin as he headed for the Council's chamber.

He carried Teek across the temple. Many stared and gossiped as they passed by, but Cailen paid them no mind.

But when they arrived at the Council chambers, the doors were already closed and locked.

"Hm. I guess the Council has already convened for the day," Teek mused.

Cailen felt a twinge of disappointment--it would've been nice to get official recognition from the Council--but it wasn't surprising. The Jedi were at war, after all, and many of the Council members were fighting on the front lines.

"Well, let's go visit that friend I was talking about!" Teek said. "Onwards! To Kaleth!" he practically yelled, pointing in a random direction. 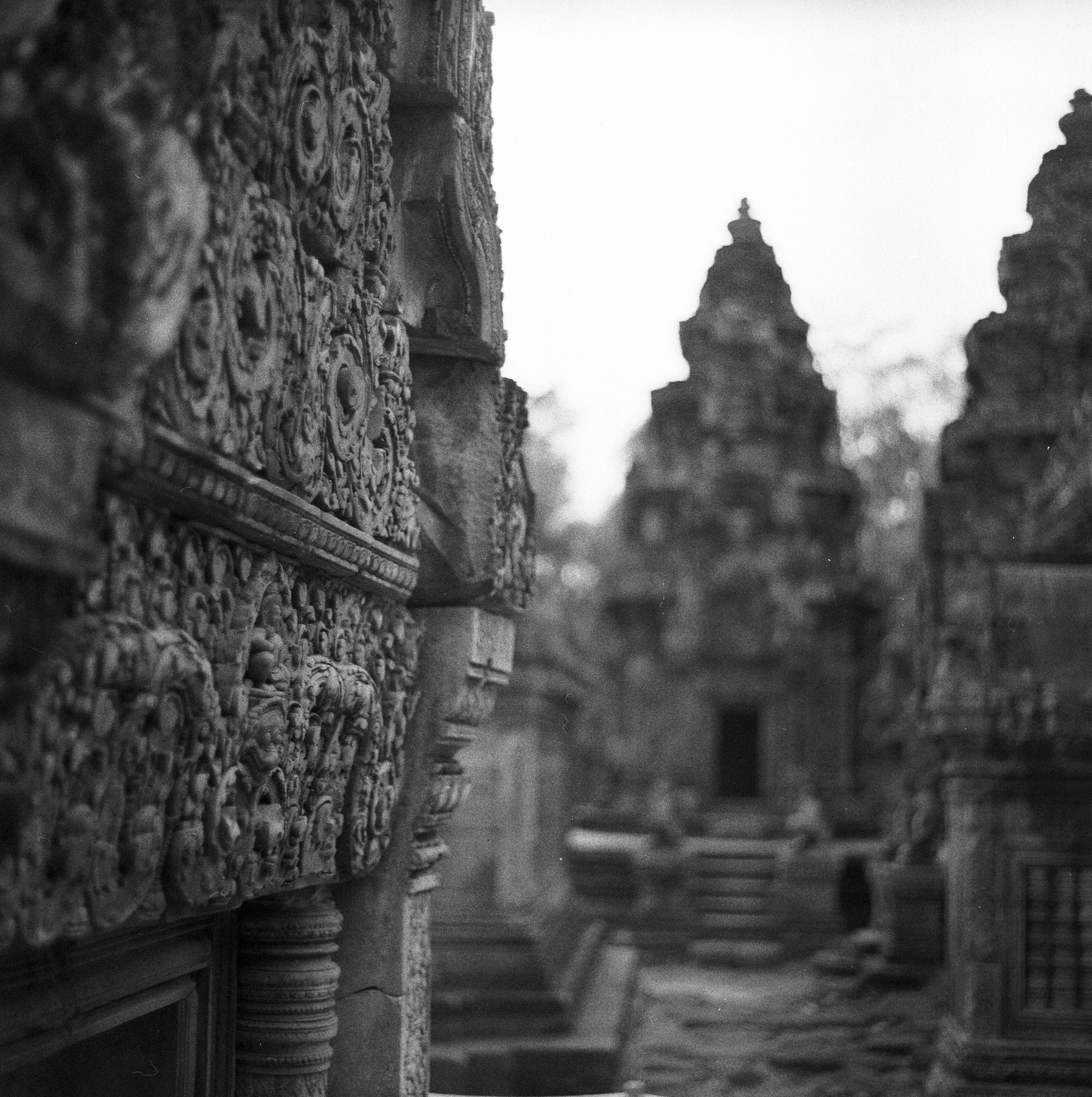 Built into a mountain, the ancient temple of Kaleth had been one of many on Tython.

"Kaleth was a temple of knowledge! Created by ancient Jedi to house their secrets," Teek explained as they approached. "When Master Rajivari fell to the Dark Side, the fortress became his stronghold. Eventually, Rajivari was defeated, but he had activated Kaleth’s ancient defense droids. Only recently did we Grey Jedi clear the temple. And now, it is our home!"

But the home of the Grey Jedi was empty indeed. When they entered the temple, Cailen felt the presence of very little here, aside from droids. Hopefully those aren't the same ones that once guarded the temple…

Teek announced, "And we're here! Welcome to Kaleth! The reprogrammed droids were my doing!"

Annnnd they're the same droids.

"Such good, friendly droids now." Teek said, patting one as they passed.

"Yes…" Cailen mumbled. "Weren't those the droids responsible for the deaths of at least eleven Padawans…?"

Cailen gave the droid a wide berth, shaking his head. "So… who else is a Grey Jedi? I mean… how many are there?"

"Uh… it's only…" Teek counted. "A… few? Our selection is very strict! It requires you to be able to use the Dark Side of the Force without succumbing to it, after all!"

"How deep in are they? I can't sense anyone here but us, Master."

"I believe there's only two people," Teek said, using his own senses. "And only one of them is a Grey Jedi! The other is Lord Scourge. He's a companion of one of ours. You can feel the Dark Side coming from him, right?"

Almost as soon as Teek had spoken, Cailen sensed the presence of the Sith Lord, glowing with the Dark Side. "…I can now," Cailen mumbled, frowning. He clenched his fist around the end of the hilt of his lightsaber, hoping that would help him maintain control over his quickly-rising anger.

Scourge. He'd met the Sith Lord once in person, when he and Master Edrasi had left to rescue Teek. It felt like an eternity ago. Cailen had been shocked then to meet a Dark Side-user in the Jedi headquarters.

How much moreso now that he knew the truth... that Scourge had killed his family and attempted to kidnap him for the Emperor's purposes.

Still, Scourge had eventually betrayed the Emperor, proving himself an ally to their cause… so Cailen had no choice but to rein in his rage. Hopefully he wouldn't have to speak to the Sith Lord. Ever.

"The Council doesn't like him walking around the Jedi temple," Teek kept chattering, oblivious. "He's kind of fun to talk to, though! The Council are such worriers." Teek waved his hand dismissively. "But we came to see my friend! Go… that way!" Teek said, pointing at a random direction. "You'll love him! The Founder of our Sect and member of the Jedi Council, Barsen'thor! Warden of the Order! He has a name, but we just call him Barsen'thor. For whatever reason. It sounds cool, though! Baaaaaaaarseeeeeeeeeen'thooooooooooooooor… Say it!"

They entered a meditation chamber. Sitting on the ground in a meditative stance was Barsen'thor, radiating a grey aura.

"Welcome back, Master Teek," Barsen'thor said. "You've brought a guest." He stood, now glowing blue with Light Side energy. "I welcome you to Kaleth, young one." He bowed to Cailen.

Though startled by the abrupt change, Cailen quickly recalled his manners and bowed low in return. He may have seen Master Teek use the same technique, but it would take years for him to get used to sensing a person's aura transform before his senses. "Master Barsen'thor. It's an honor to meet you. I am Master Teek's Pa--" he quickly corrected, "--former Padawan, Cailen Ukiirr."

"Ah, you are Master Edrasi's former student. My condolences. He was a good friend and mentor."

Cailen nodded, sorrow clouding his heart for a moment. "Thank you," he nodded stiffly.

"So, why have you brought him here, Teek? From what I've heard, he's just come back from his knighting."

Cailen couldn't resist a grin. "Master Teek convinced me." Quickly, he added, "Th-that is, if you'll have me, Master! I'd be honored to learn from you." He bowed a few more times.

"Master Teek knows what he's doing, despite his rather unique demeanor. If he believes you are ready, then you've already experienced the call of the Dark Side and come back with knowledge of its dangers, but also its potential. It would be an honor to teach you how to harness it more effectively."

Cailen never thought he'd be proud to have struggled with the Dark Side. "Thank you, Master! I--" He coughed, standing up straight and composing himself a bit more like a Jedi Knight should. Which meant much less grinning idiotically and more looking stoic and poised and in control of his emotions. "I would be honored to learn from you and the other Grey Jedi."

"It will be a hard path to follow, and it will be… unorthodox. But, if you've trained with Teek, then I'm sure you're used to it." Barsen'thor chuckled.

Teek hopped off Cailen's back. "Well, I'm going to go take a nap! All of this 'holding on to a shoulder' has gotten me tired!"

Cailen rubbed his shoulder with a laugh. "Yes, I think I'm beginning to get accustomed to unorthodox…" Even so, anxiety fluttered in his belly. He could still hear Occlus and his own Dark Side's jeering voices. But… perhaps this was what he needed. Master Teek believed in him, at any rate.

"You will receive training in both the Dark Side and the Light Side," Barsen'thor continued. "I feel that you have the potential to become a very powerful wielder of the Force. You don't seem like the type to run in, lightsaber blazing. Each training session will be followed by meditation to calm your mind and your feelings."

Yes… Running in with lightsaber blazing doesn't work too well for me. The battle with Occlus had made that clear enough. "Yes, Master." Cailen bowed again. "Thank you. I trust you'll find me a most earnest student."

"I hope so," said another voice behind Cailen. The power of the Dark Side radiated like a sun as Lord Scourge walked in. "Greetings, apprentice."

"Lord Scourge," Barsen'thor greeted. "Thank you for arriving so quickly. I hope I didn't interrupt anything."

"Nothing important," Lord Scourge said, eyes locked on Cailen. "Another Miraluka. It seems it is my fate to work with your kind."

"Cailen, this is Lord Scourge. He'll be your Dark Side instructor."

Adapted from writing by Kaze and me. Used with permission.