The Archetypal Characters of Kingdom Hearts 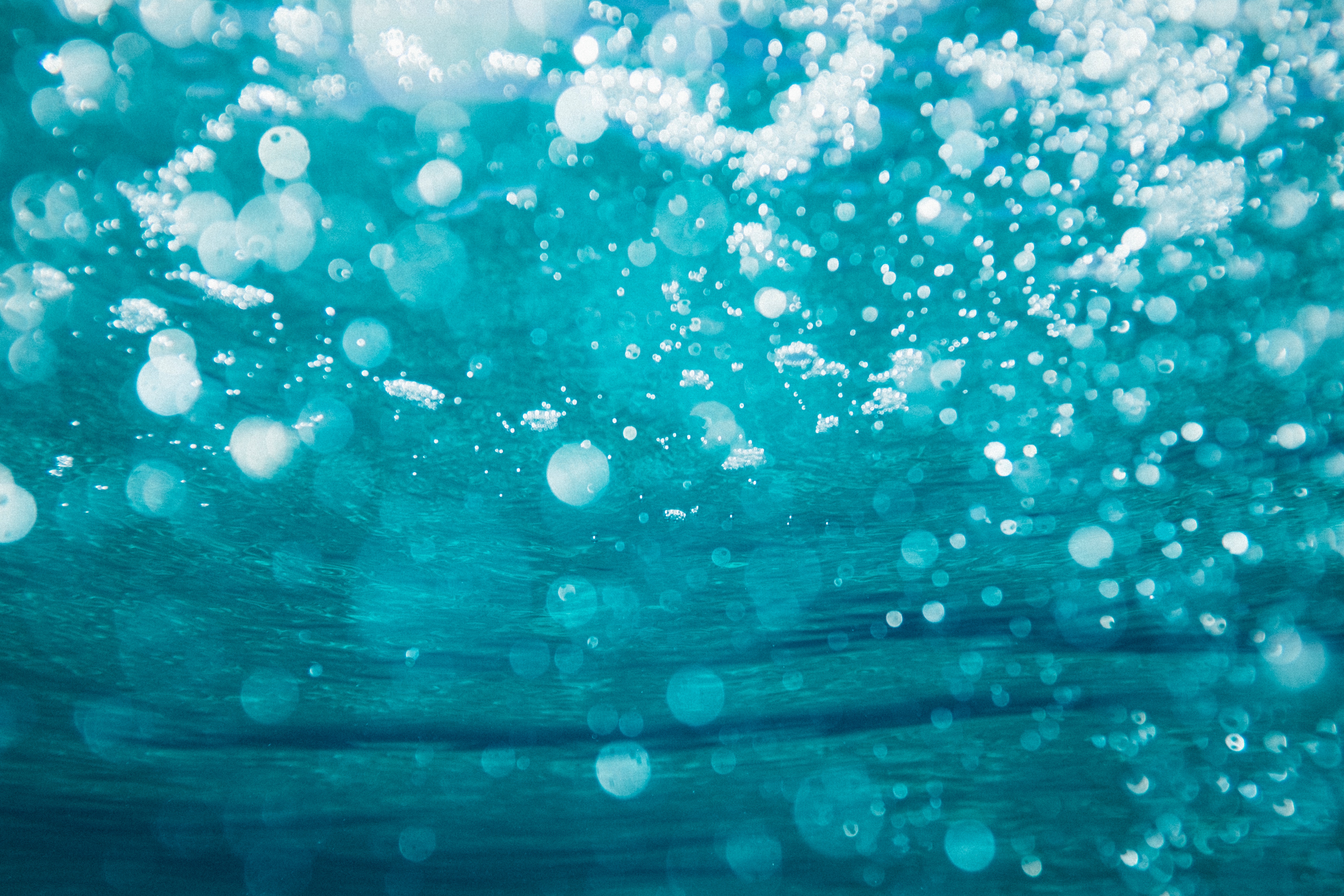 Photo by Sime Basioli on Unsplash

Kingdom Hearts is a powerfully atmospheric video game series: the iconic opening cutscenes prove this time and time again. Characters fall into an ocean that dissolves into air as they land on stained-glass windows that shatter underfoot. Utada Hikaru’s Japanese pop music accompanies these visuals, providing an otherworldly and yet somehow familiar and powerfully emotional sound. No other story has quite the same dream-like, philosophical atmosphere as Kingdom Hearts. Somehow this series manages to balance abstract concepts like the heart and soul with concrete ones like emotions and friendship.

This atmospheric focus works hand in hand with the many mythic aspects of Kingdom Hearts. In addition to its plot arcs of good versus evil, the characters are generally more archetypal rather than personable.

This is why I have often felt an equally loving yet vastly different connection to Kingdom Hearts’s characters than I did the characters of my favorite TV show, Avatar: The Last Airbender. While the cast of Avatar feels more like fully-fleshed out people, many of the Kingdom Hearts characters feel slightly less personable because they are archetypal. There is an element of myth surrounding each one, even the more grounded characters like the cheerful protagonist, Sora.

Whether we examine Kingdom Hearts’s characters through the lens of the eight archetypes in Joseph Campbell’s hero’s journey or Carl Jung’s twelve archetypal personalities, it quickly becomes clear just how archetypal the cast of Kingdom Hearts truly is. Sora is a textbook Campbellian Hero, an everyman and the lead character through whose eyes we view the story. He discovers there’s an entire universe to explore, but it’s totally different from the tiny island he calls home.1

Sora also fits in quite well with Jung’s Caregiver archetype: his deepest desire is to help and protect others, which enables him to make friends at every new world he visits. But this drive doesn’t come without a cost; as with Jung’s Caregiver archetype, Sora’s greatest strength is also his greatest weakness.2 His drive to protect others pushes him to have little to no concern for his own wellbeing, pressing him into dangerous situations that his friends must often rescue him from. He is naive and easily exploited by the manipulative and clever main villain.

You can practically run down either Campbell or Jung’s lists and immediately come up with characters that fit the archetypes. Campbell’s Mentor is Squall Leonhart in Kingdom Hearts 1, a wise warrior who instructs Sora how to use his new weapon, the keyblade, to fight in the outside world. Sora’s lifelong Allies are Donald Duck and Goofy, companions who trek with him through the entire adventure (or at least most of it). Sora’s friend and rival, Riku, rises as a Shadow to oppose Sora and show what terrible things Sora could do should he choose to give into his darker desires.3 As for Jungian archetypes, Riku exemplifies the bold Hero who fears being weak and fearful. Kairi, another friend of Sora’s, is a textbook Lover, committed to supporting Sora on his adventures any way she can. Ansem the Wise, an almost-legendary scholar, is the definition of a Sage, seeking the truths of the heart by using his vast intellect.4

Archetypal characters such as those of Kingdom Hearts are very different from the warm, personable, “realistic” characters in shows such as Avatar. But neither kind of character is inherently bad; rather, each one serves a different purpose and is better-suited for different kinds of stories. For instance, Kingdom Hearts needs its characters to be archetypal in order for the atmospheric and philosophical story to work. If the entire cast were down-to-earth, personable characters, they would constantly be at odds with the fictional universe itself, questioning how the world works rather than accepting its laws and guiding the viewer into the themes the story seeks to examine. But less personable characters would never work for a story like Avatar, which relies heavily on its charming cast to invest viewers in the plot.

Each kind of character has its pros and cons, and archetypal characters are no exception. There’s a reason why archetypes are so powerful in storytelling: they’re universally understood and relatable. With archetypal characters, this lends to an interesting benefit: they allow us to impose our various interpretations onto them. This allows us to highlight aspects of the characters that endear them to us more. Even if our interpretation doesn’t match someone else’s, the characters still feel universal (that is, we can agree on reasons why we love, say, Sora) because they have aspects everyone recognizes too: their archetypal qualities.

The archetypal characters of Kingdom Hearts allow players to superimpose their own interpretations onto the cast while keeping the characters “in character.” Sora is generally cheerful and always ready to make a new friend. And as long as people include those key aspects of his personality, they can generally make stories and art featuring him in a variety of situations that still feel like Sora.

This happens all the time with The Legend of Zelda’s protagonist, Link. The fanbase loves depicting Link with more personality than he displays in the games, because in the games (at least the ones we Zelda fans acknowledge), Link never actually speaks. He has little personality on his own (or what is there, you have to dig a bit deeper to find). Call him a blank slate character if you want, but Link is certainly an archetypal hero character and as such has some very noticeable key qualities (heroism, courage, persistence, thirst for adventure) but little else to tie him to one particular interpretation; he’s open to many interpretations concerning how he would act. For instance, many artists depict Link as a slightly goofy but strongly compassionate person. Some focus on Link’s protective qualities (especially Link from Breath of the Wild, in which he is canonically a guardian of the princess Zelda). Some highlight his rugged outdoorsmanship and combat skills tempered with a generally quiet nature. Some portray him as upbeat and playful. In fact, artist Ferisae [LINK: https://twitter.com/ferisae_ ] is one of many fans who attribute different personality traits and characteristics to each Link from every game to make them distinct people rather than the same minimalistic blank slate hero character. This wouldn’t be possible (or at least would feel like these fans are taking too many liberties with a character’s established personality) if the character weren’t an archetypal one.

The archetypal nature of Kingdom Hearts’s characters also explained why I felt more of a personal connection to a group of characters who were introduced much later to the series—Terra, Aqua, and Ven—versus the original three-character friend group (Sora, Riku, and Kairi): because we get to see more of Terra, Aqua, and Ven just being human rather than fighting through the games as the archetypal Paragon protagonist (Sora), Hero/Shadow (Riku), and Lover (Kairi).

While we see hints of Sora, Riku, and Kairi leading normal lives, most of this character development occurs at the beginning of the first game. After this point, the three are largely either off having adventures or floating through the events of the plot. Though we have a sense of who they are as individuals, we don’t really see them having as many personal interactions.

Terra, Aqua, and Ven—or the Wayfinder Trio, as the fanbase has taken to calling them—are different. Though they’re still hopping from world to world saving the day like Sora, the Wayfinder Trio also has many more moments where they’re thinking about each other or where they meet up and express their thoughts, goals, and concerns to one another. And because they’re a bit more grounded, I connected with this trio almost immediately; in some ways, even deeper than I’d connected with the characters I’d started this journey with. It was a bittersweet realization as I found myself treasuring these newcomers in ways I simply hadn’t treasured the main trio of Sora, Riku, and Kairi.

But then everything changed when I started to watch my brother play Kingdom Hearts 3.

Now, Kingdom Hearts 3 is by no means a perfect game. There are plenty of things they do right (far too many for me to list here); there are things they don’t do well. But one thing the game does excellently is develop the characters (especially Sora and Kairi) in ways they simply didn’t as much in previous games.

It was a pleasant shock to see one particular character I’d always thought of as more of a static archetype turning into a fascinating balance between archetype and living, breathing person. So much for simple archetypes!

But I’ll have to save that for another post two weeks from now.