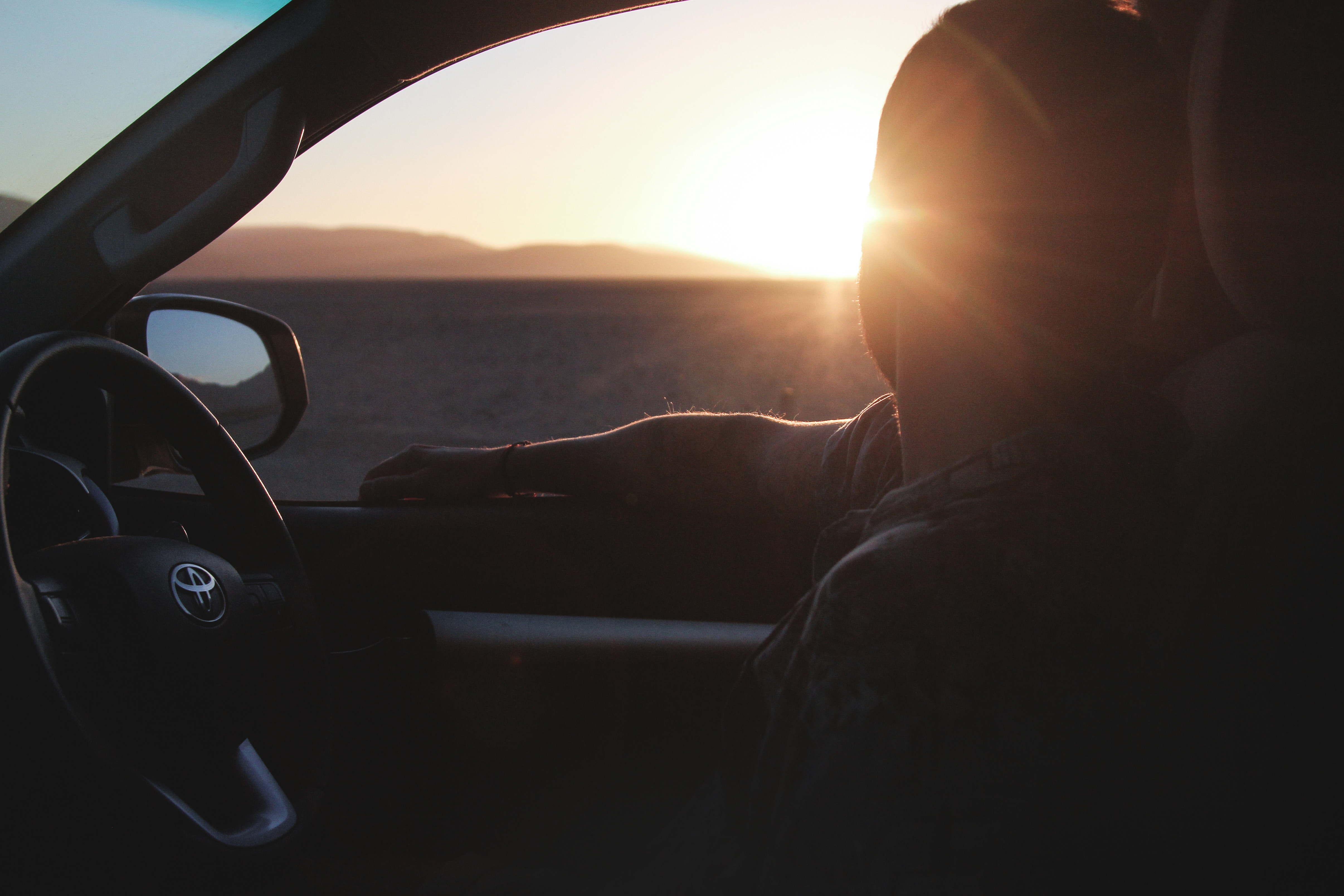 Photo by Rémi Jacquaint on Unsplash

I’m learning quickly that writer’s conferences are all about contrast. There’s going to be some really fun things and new opportunities that get me pumped about writing. There’s also going to be some difficult things that throw me out of my comfort zone. Some... adventures, you could say.

I had plenty of emotional “adventures” during my most recent writer’s conference at Realm Makers last year. But the first conference I went to really took the cake when it came to challenges. Oh, the conference itself was fun, and I learned a lot.

But boy was it a harrowing experience.

You know Murphy’s Law? This felt like an object lesson in Murphy’s Law. Because it seemed like whatever could have gone wrong on a nice weekend with great weather at a pretty campsite did, in fact, go wrong.

Going to my first writer’s conference was probably the furthest out of my comfort zone I’d ever been in my life up until that point (I am a very comfortable first-world individual). I hadn’t been away from my family for that many days in a row (besides college) in a good ten years or so: back when I’d gone to a summer camp with a friend and had vowed off summer camps ever since.

So I was understandably nervous when I went to this conference, which took place at a camp three- to four hours away from my home state. No commuting that thing; I’d have to stay in a cabin by myself for three straight days. I also couldn’t drive, so as soon as my parents dropped me off, I was basically marooned. If I wanted to go anywhere, I’d have to walk.

I knew no one here, and without internet, all I had for contact with the outside world was my cell phone, which I used to call a friend of mine each night for some semblance of company. Otherwise, I was devoid of every shred of my support base. I was on my own.

No going back, I thought to myself as I dropped my bags on the floor of the little single-person cabin I’d rented for the conference.

The challenges started out incredibly small, despite my crippling shyness and introversion being challenged every day. For instance, there was the slight problem of my cabin not having much insulation. The single-person cabin was adorable and cozily-furnished, but it got pretty cold in the evening. At night, I had to burrow under my thick blankets for warmth despite it being a very mild early autumn.

No big deal. I enjoyed bundling up.

No, the real problems began the second night, when my wisdom teeth decided to emerge like butterflies from their cocoons. Let me tell you, I have a newfound appreciation for teething toddlers. How children deal with that level of pain, I’ll never know. My medicine could only take the edge off, though even that was a welcome relief. I was popping pills like clockwork every six hours or else I was in excruciating pain as my teeth sliced their way through my gums. I’d awake in the middle of the night to my mouth wild with pain. Not fun.

You know what else wasn’t fun? Realizing I was out of a very necessary healthcare product and that this campsite had no canteen to purchase them.

This was in the age where smart phones were just becoming a thing, and my family certainly couldn’t afford them yet, so all I had was my very dumb, zero-internet flip phone. There was also no WiFi available in my cabin, so the most technology I had was pounding away at my laptop’s copy of Microsoft Word. Good for writing. Not so helpful for looking up directions to the nearest convenience store. If I wanted to find one, I’d have to hoof it and hope for the best... and hope I could find my way back.

And, again, knowing a grand total of zero people at the conference (and with only a fraction of them staying at the camp like I was), I had no choice but to venture out on my own.

I was terrified as I stepped out of my cabin, but my task was absolutely necessary. There was no getting around it; I had to make this trip, whether I wanted to or not.

My panic abated somewhat as I walked through the campsite though. It was nice weather, and the camp was really beautiful, especially at this time of year.

But as I walked past the sign that welcomed newcomers to camp and found myself heading through a neighborhood toward the street my parents had taken to get here, I started to get more and more nervous. It was late in the day by this point, since I’d just gotten done with my conference lectures for the evening. How long would it take for me to find a store? Was it going to get dark by the time I headed back? Would I even remember the way back?

Using what little survival skills I had, I made sure to continually glance over my shoulder to see how the way back would look when I returned. Once I got to the street, I noted which turns I’d made and began counting blocks.

I trudged on and on and on, and with each step I took further and further from camp, my anxiety deepened. I’d been walking for a while now, and this part of town didn’t look fantastic. It was broad daylight, but I was a young woman by myself who clearly didn’t know where she was going. Perfect target for someone who wanted to cause trouble. That didn’t help to assuage my nerves at all.

There was more distress when the sidewalk abruptly disappeared and I realized I’d need to cross the very busy street with no intersections for pedestrians in sight. By this point, I was far from camp, I was in pain from my tooth, I was tired, and I was terrified I was going to get run over.

This was not my kind of adventure at all.

I managed to get across the busy road and walked a few more blocks before finally, thankfully, I arrived at a gas station. There was quite a bit of embarrassment on my part as I trudged up to the counter with my very personal product; but by this point, I was too tired to truly care.

My quest was nearly complete. Now I just had to find my way back.

Just like when I’d initially set out, my anxiety had lessened significantly by the time I began my victorious march camp-bound. But the further I got, the more worry began to rear its ugly head. I began to second-guess myself: That business doesn’t look familiar. Did I go too far? Where do I need to turn, again? Will I recognize the area, or am I going to overshoot the mark and get myself miserably lost?

Fortunately, my memory pulled through: I did indeed recognize the road I needed to turn down to head back to camp. Seeing the goal line in sight filled me with a fresh burst of energy, and I made it back long before dark set in.

Still, I was quite grateful to be back in my snug little cabin as I watched the sunset bathe the camp in its twilit glow.

With my quest complete, I settled down, satisfied I had conquered my goal... and my fears.

Who would’ve thought popping down to the local gas station could feel so harrowing?