Why I Love Patema Inverted – And You Might, Too


A world divided—not by borders or races... but by gravity and fear. A world where one wrong step could leave you plunging upward into the endless sky. A world where government ideology rules with an iron fist, condemning anyone who diverges from their designs.

Patema Inverted takes place in a Big Brother-style dystopia. The government uses pseudo-religion to keep the next generation in line, teaching them to despise the Inverts: people who live upside-down lives... literally. 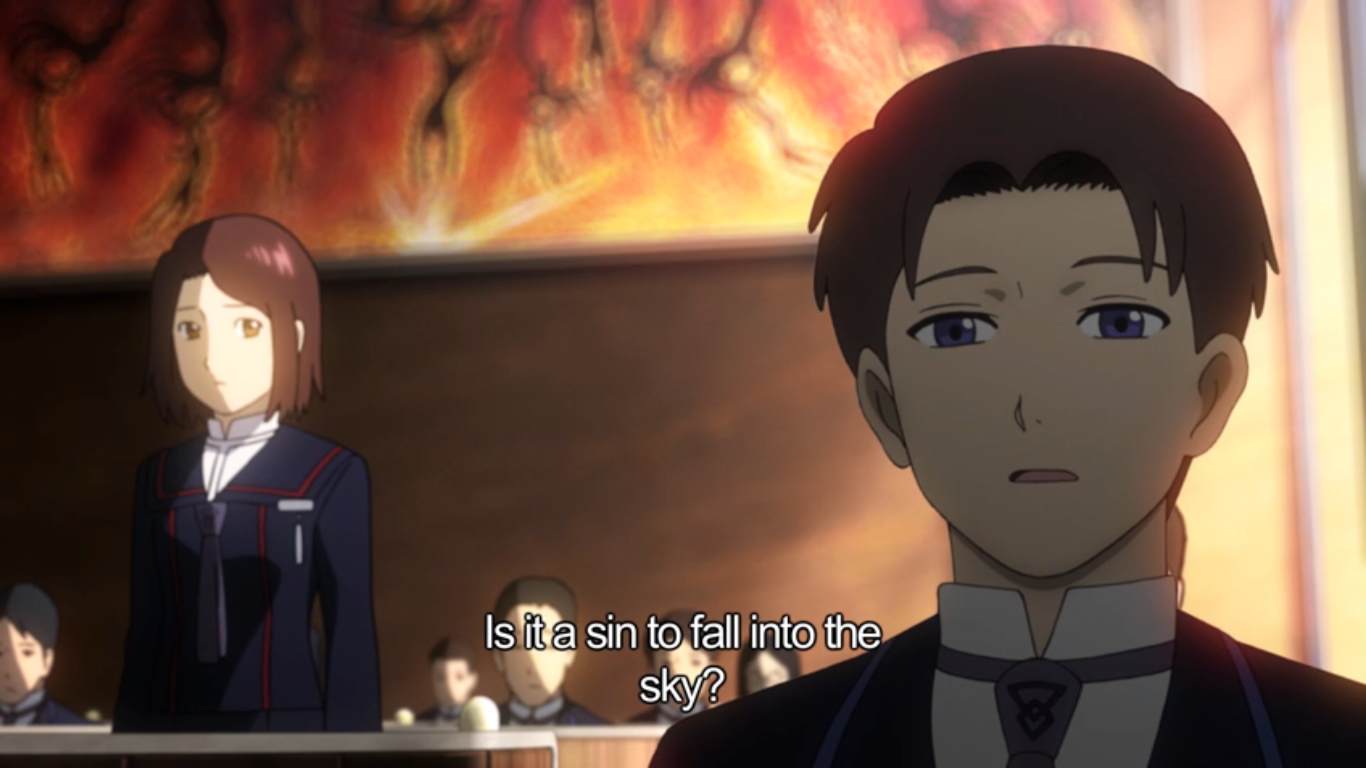 Eiji is a young dreamer whose father hungered for a world without ideological borders. He may share his father’s hunger for more out of life, but he feels trapped, isolated... until he stumbles across the spunky and inquisitive Princess Patema, an Invert. When the head of government, Izamura, learns that Inverts aren’t just the stuff of legend, he’ll stop at nothing to capture Patema... and take out anyone who gets in his way. 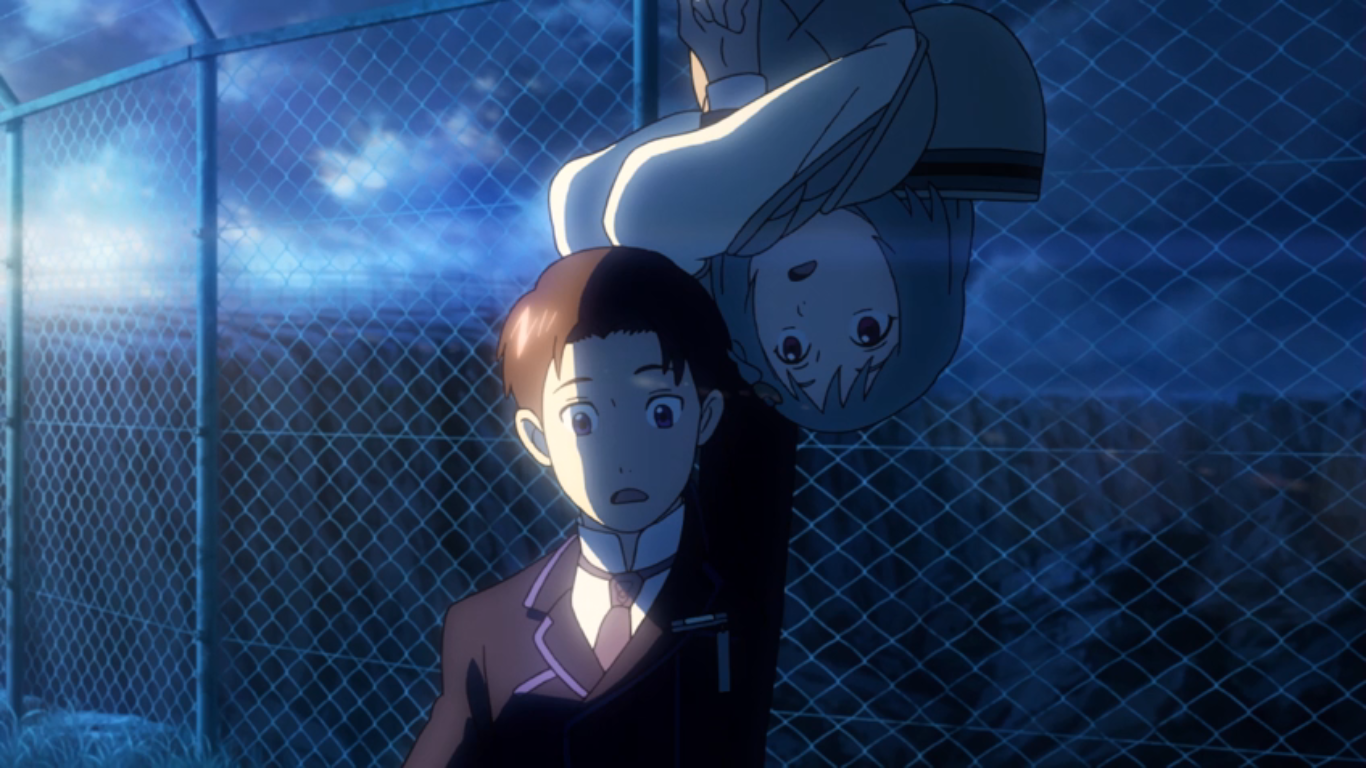 I love Patema Inverted. And if you like dystopian settings, gorgeous visuals, and sweet stories of friendships that transcend boundaries—you might too. 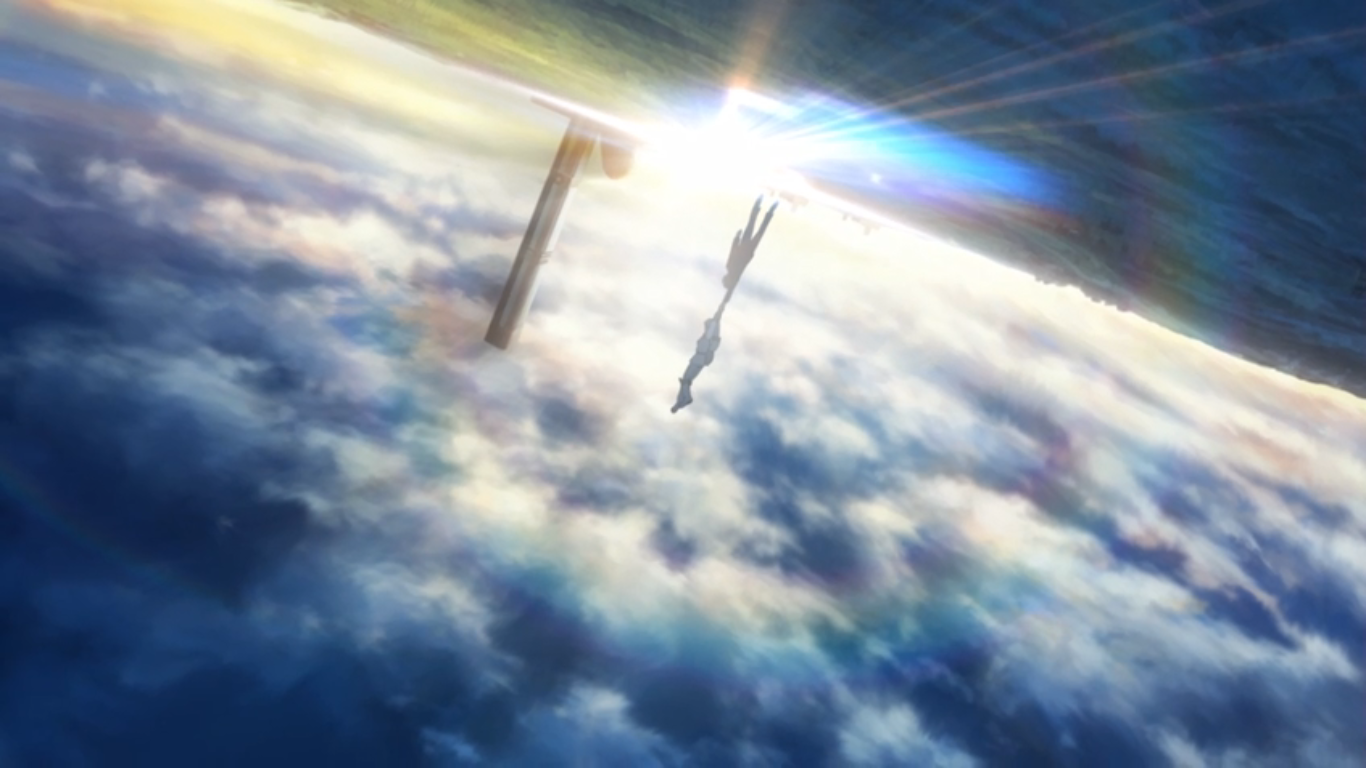 This film is magical. Everything is visually captivating—from the blue skies Patema risks plunging into, to the grassy hill where Eiji’s father’s workshop sits, to the underground world where Patema’s people live. The few locations stand out from each other while still looking like they belong in the same imagination-inspiring world. 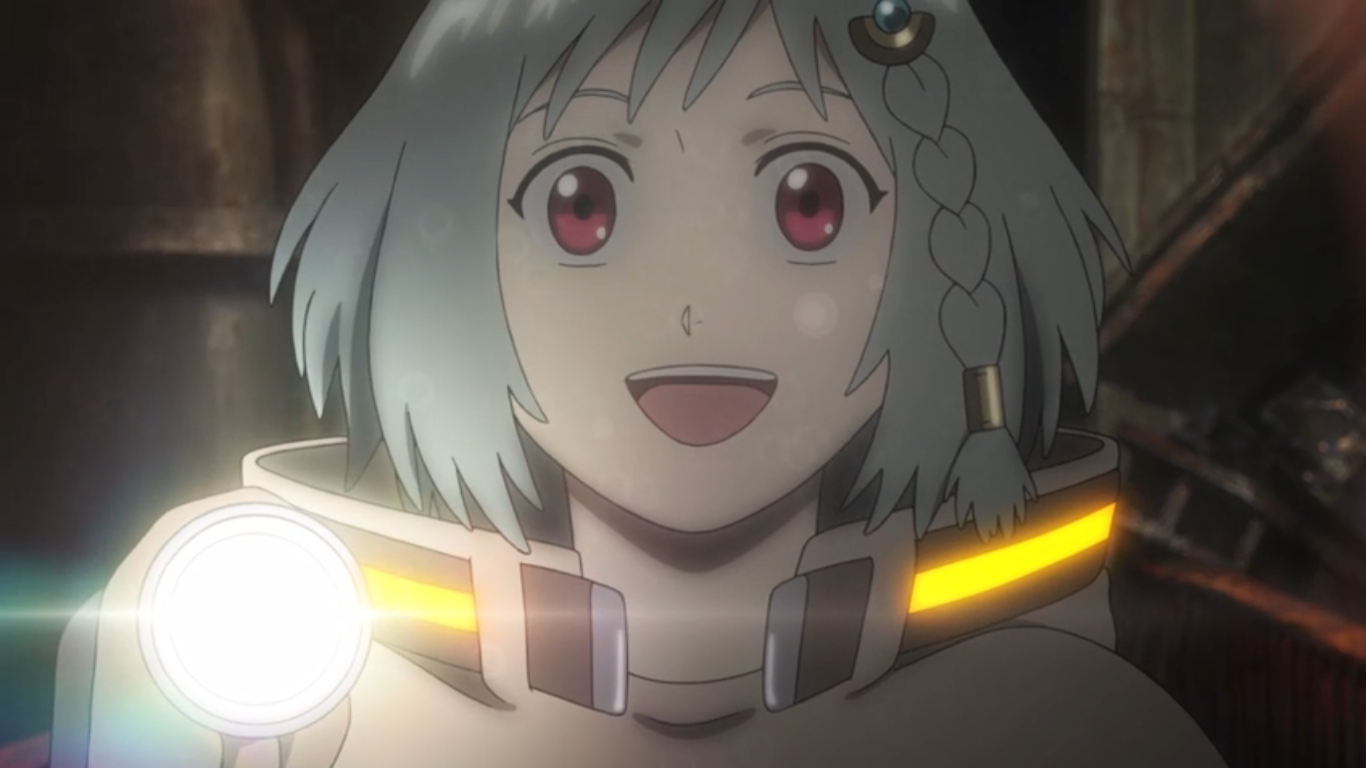 What really sells these locations is the lighting and color. There’s the dim, hazy lights of Patema’s underground world. There’s the brilliant starry sky. There’s the ominous fog surrounding Izamura’s tower. It all adds to the atmosphere, sucking you in.

The visuals are also used as excellent storytelling devices. This premise could get incredibly confusing, especially visually; but the upside-down world of Patema Inverted is presented perfectly. The camera flips between Eiji and Patema’s perspectives to show each’s world. But this never gets dizzying or confusing. Each shot is staged in a consistent, coherent, and visually-appealing way.

But visuals can only tell so much of the story. What about the rest of the writing?

Though the story’s premise is fascinating, it can be difficult to follow; and the ending is a bit confusing. This is hardly a movie you can turn your brain off to fully enjoy. However, it is a treat for those who enjoy films that force them to pay attention to the details and make them think.

The Characters – The Good and Bad

To best focus on its complicated and fascinating premise, Patema keeps its cast limited. There aren’t many characters in this film, and most of them are straightforward. 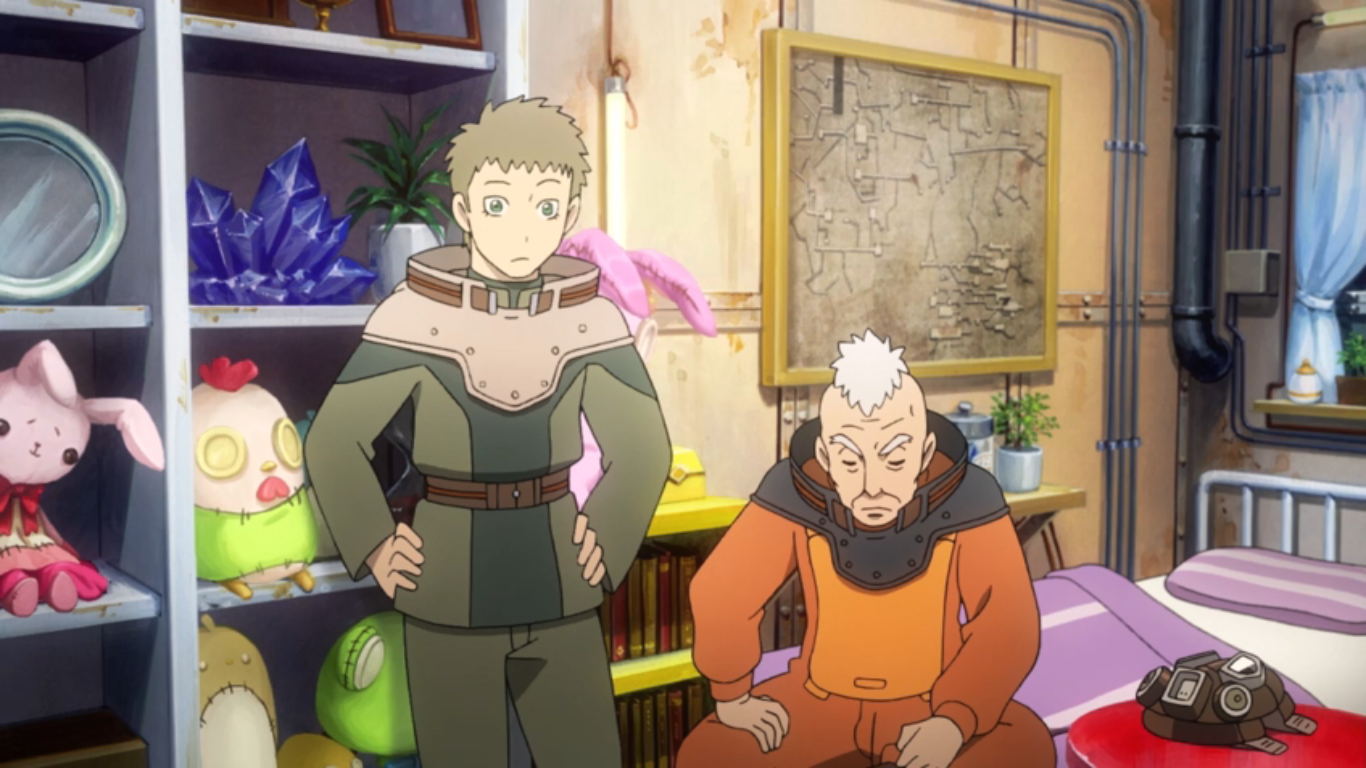 Don't give me that look!

I will confess, the characters are one of the film’s weakest elements. Even the main characters, Eiji and Patema, are not complex, nor are they particularly unique. This is a story about two kids who develop an intimate bond (maybe romantic, certainly friendship); nothing we haven’t seen before. This may leave some viewers feeling the characters are flat, one-note, and boring.

However, each of these characters is so genuine and sincere that I can’t help but fall in love with them. This is in large part thanks to the excellent voice acting, especially of Yukiyo Fujii (Patema) and Nobuhiko Okamoto (Eiji). They imbue the characters with an endearing, undying devotion to each other that I adore.

Similarly, some people may find the main antagonist, Izamura, lacking. He’s an evil for evil’s sake villain using religion to justify his desires, from political power to... Patema? He has a concerning obsession with the Invert girl, which might disturb some viewers, although nothing objectionable occurs.

Since I’m not against evil for evil’s sake villains, Izamura’s lack of depth didn’t bother me. I was, however, disappointed that his motivation wasn’t explained well. If he hates the Inverts, why is he obsessed with Patema and treats her like some sort of trophy? It’s like Frollo from Hunchback of Notre Dame, but without the song to explain his drive to purge all Gypsies. 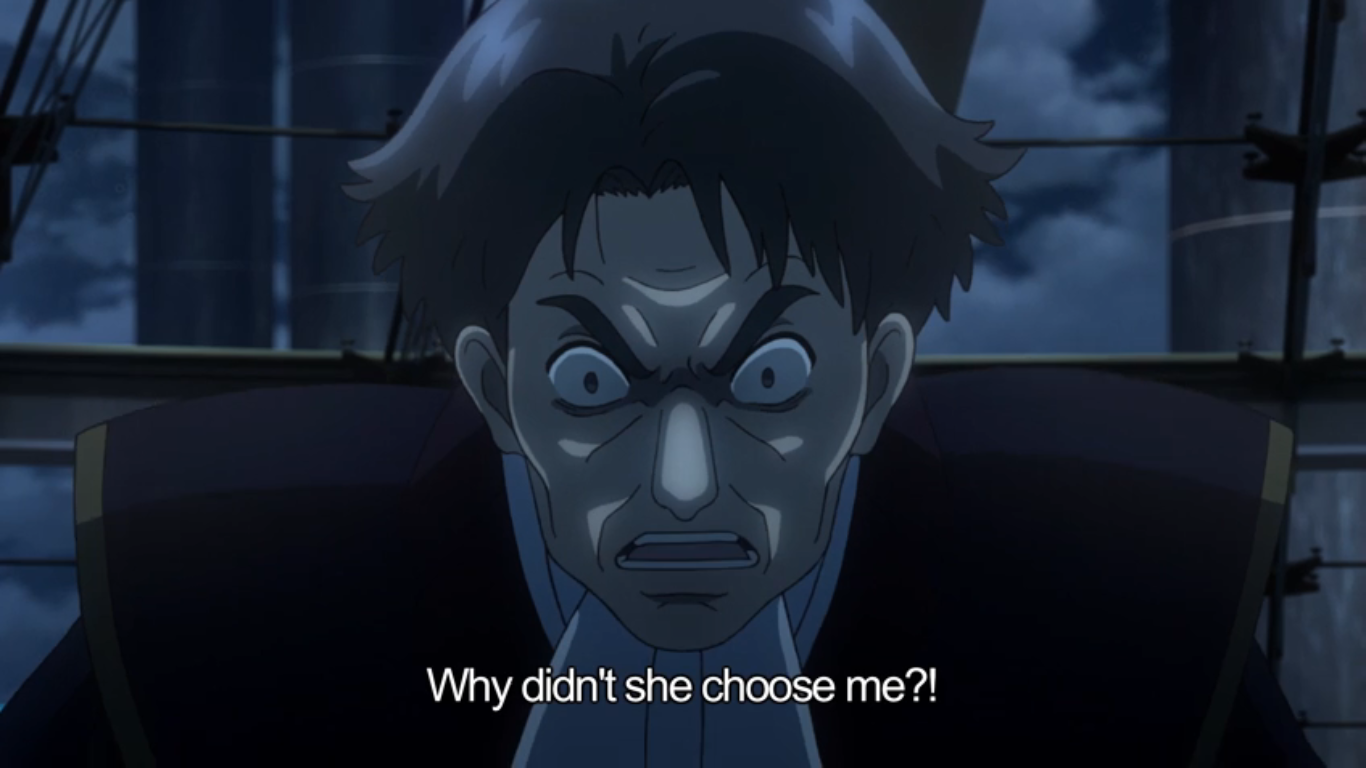 At the end of the day, I don’t mind that Izamura doesn’t bring anything new to the table; he does his job exceptionally well. He’s an intimidating presence and a credible threat to Eiji and Patema.

Patema isn’t without its flaws. You may find yourself disappointed with its characters. Or you may be like me and feel that the characters don’t need to do anything revolutionary. I think anyone watching this film can agree that the good guys are charming; the bad guys are creepy, and the stakes are set.

With a good balance of emotionally-satisfying moments and suspenseful action, Patema is a fun view that delivers on its compelling premise. So if the idea of people walking on ceilings intrigues you, give Patema Inverted a watch.

---
All photos property of their respective owners and used under US "Fair Use" laws. Unless otherwise specified, all are from VRV.co (which is basically Funimation and Crunchyroll rolled in one, plus lots of other stuff. Awesome monthly sub for your anime desires).

Patema Inverted and all related names and terms are the property of Purple Cow Studios Japan.

Review format adapted from Curtis Bell's Iridium Eye. If you're bored of the typical Netflix fare, check out Iridium Eye for a medley of movies and shows I can guarantee you've never heard of.