Some characters are so well-written that they seem life-like. But how would these "realistic" characters stand up to real-life personality typing?

It's time to put the Enneagram back to the test, gauging characters' personality types based on their core drives and greatest fears.

He’s goofy, spontaneous, and enthusiastic about every new experience he comes across. But he’s also diligent, hard-working, and compassionate; never afraid to take a stand for what’s right.

It’s clear at a glance that Aang is a Type 7: The Enthusiast1. They’re known for their “quick, agile minds” that “move rapidly from one idea to the next.”2 They love new experiences, chasing what they want with dogged fervor.3

Aang breaks free from an iceberg and wakes after a 100-year sleep. And what’s the first thing on his mind? Experiences. He wants to go penguin sledding. He wants to learn about the Water Tribe’s way of life. He wants to explore that wrecked Fire Nation ship.

Aang is fearless, but he can also be reckless, not thinking through what he wants and instead just focusing on the fact he wants it. This is the key problem for a Seven and for Aang: they can’t determine what they truly want and need.4 They’re afraid of feeling bored, so they try everything—too many things—and can sometimes miss out on what they really want.5

However, it initially seems Aang does not fit into a Seven’s core motivation. “Sevens do not feel that they can find what they really want in life,” which is what spurs a Seven to try everything.6 But rather than dissatisfaction, it seems like sometimes Aang’s pursuit of experiences is born out of fear... particularly the fear of being the Avatar.

In the first two episodes of the show, Aang meets Katara and Sokka, two kids who show him around their home at the South Pole. But when Katara explicitly asks him what happened to the Avatar, Aang lies and says he has no idea... while knowing full well he is the Avatar, the last hope of the world, and that he ran away from his responsibilities. When the truth comes out later, Katara asks him why he didn’t just say he was the Avatar. 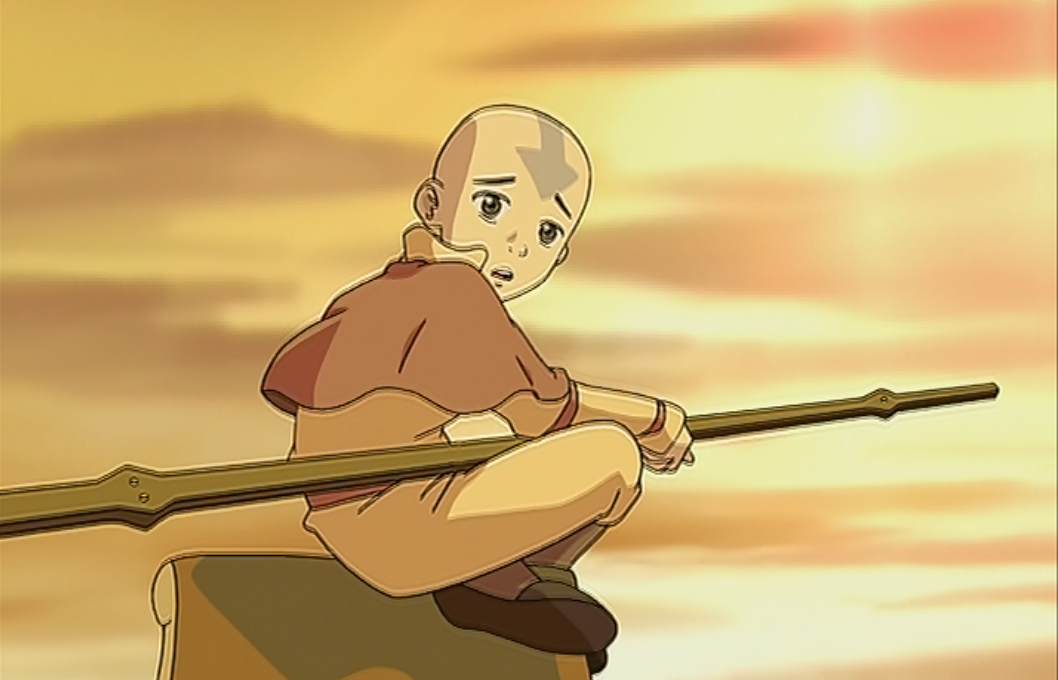 Aang is afraid of being the Avatar: the responsibility, the shackles that will place on what he can and can’t do, and how it will change his life. Whenever Aang is afraid, he runs, either physically running away or mentally fleeing by stuffing more and more experiences onto his to-do list.

Aang’s response to this fear is quite Sevenly indeed: “They do not feel that they know what to do or how to make choices that will be beneficial to themselves and others.” So how do they respond? “First, they try to keep their minds busy all of the time...” so they can mentally run away from their anxiety.8

When Aang is at his most stressed in the story, his go-to option is to train harder than is physically feasible or healthy. He’s desperate to find experiences (in this case, actual experience) to comfort himself, since he can’t have what he really wants: peace of mind that he is strong enough to save the world.

So while initially it seems Aang pursues life experiences out of fear, in truth, Aang does display the core Seven problem. It's just in Aang’s case, it’s not so much a sense that he can’t figure out what he wants... it’s that he thinks he’s too lacking to achieve it.

This is actually quite common for Sevens. The Enneagram Institute says Sevens often justify this behavior by thinking, “‘If I can’t have what will really satisfy me... I’ll have all kinds of experiences—that way I will not feel bad about not getting what I really want.’”9

But Sevens have incredible potential if they only learn to stop and listen.

Sevens need to learn to listen to their impulses before deciding whether to chase them or not.10 Are they good and healthy desires? Is it a good time to pursue this experience? Sevens need to learn to stop and ask these kinds of questions. In Aang’s case, his desires aren’t necessarily bad (except for the few that put him in actual danger)... 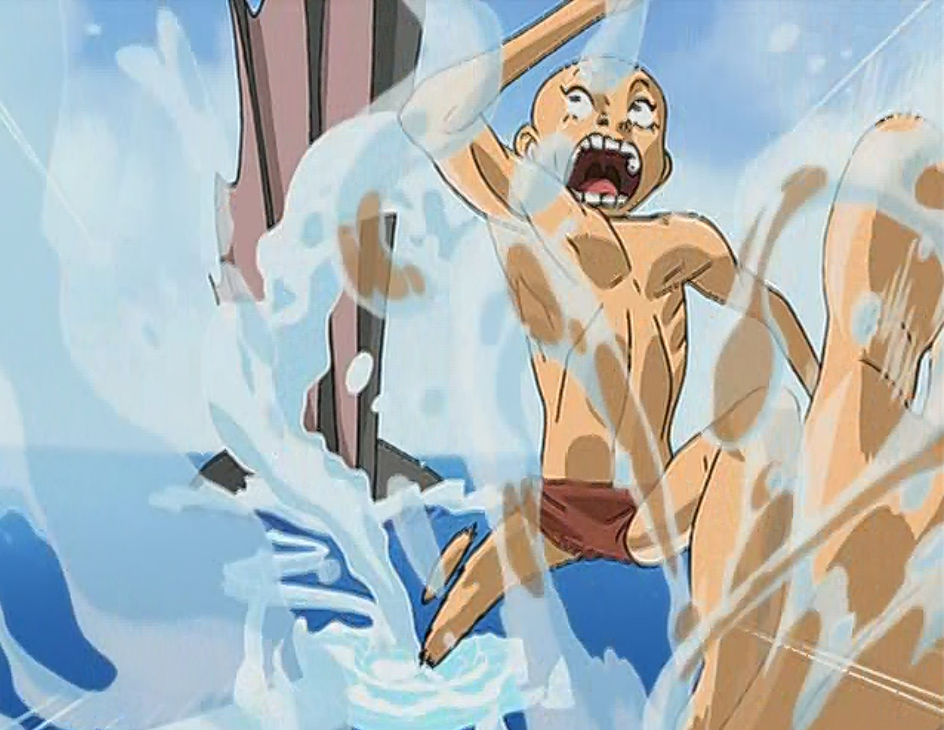 ...But they can be used as distractions to keep him from introspection.

There’s a point in the story where Aang has suffered an intense loss and feels he needs to close himself off emotionally to move forward. While this does allow him to “man up” and get things done, Katara points out how it’s also taking away a very important piece of who he is, something he needs to be the Avatar. His emotions allow him to be compassionate to all people; it’s only when Aang pauses to listen to his emotions that he is able to return to being a compassionate and truly powerful Avatar, able to bring hope to people who otherwise would have none.

This brings up one last thing Aang must learn to listen to in order to become a stronger, healthier Seven: others.

Though Aang doesn't exactly struggle with listening to others, he certainly grows in this skill as the series goes on. Initially, his desire for experiences easily distracts him. But as the show progresses, he’s more willing turn to others with more experience when he’s not sure what to do, rather than just trying a bunch of options until he finds one that sticks.

When Aang takes the time to stop, meditate, think, and listen, he becomes a much wiser person and a powerful Avatar. Even when others don’t have the right answers, listening to their perspectives helps ground him so he can find the right answers on his own.

Becoming a Seven who listens enables Aang to pursue what truly matters with the same determination he would have applied to whatever first came to mind. It enables him to channel his inner drive to the best of his ability, to be truly courageous and stop running from what he really wants: to be an Avatar who can protect others and save the world. 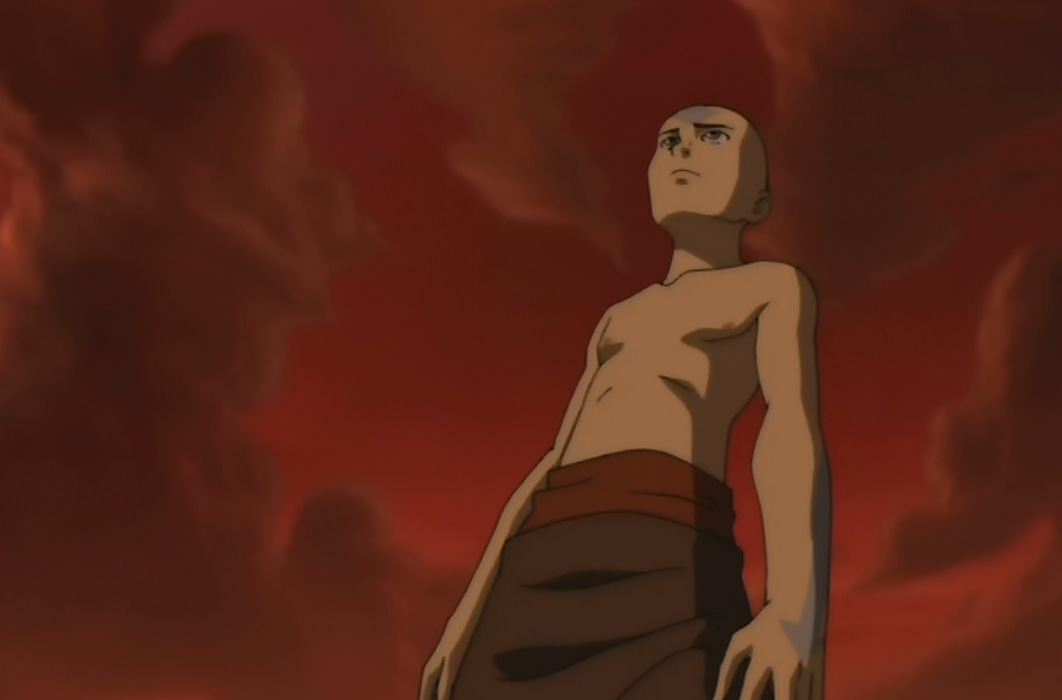 Avatar: The Last Airbender and all related terms are the property of Viacom International, Inc.. And I am not affiliated with them.