How (NOT) to Handle Exposition - A Lesson from Datalogs 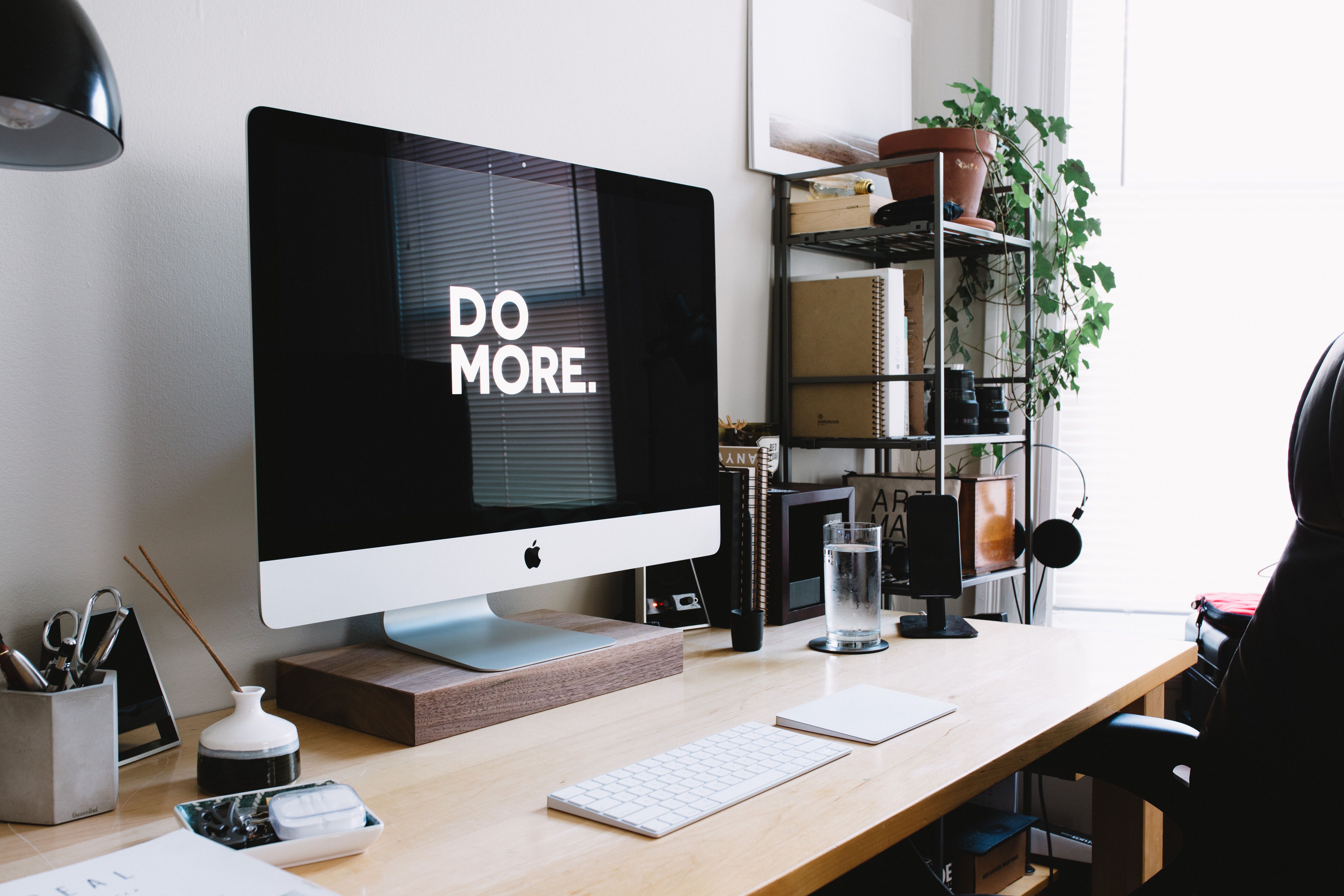 Photo by Carl Heyerdahl on Unsplash

Writers can learn a lot about handling exposition through a video game tool called the datalog.

Datalogs are small blocks of text that explain something about a video game. They’re used to bring the player up to speed on the game’s setting or characters. Normally, you can access them by stopping the game and pulling them up from a menu.

Datalogs have a bad reputation among some gamers, however. Since games are meant to be played, some gamers aren’t keen on a tool that forces them to stop playing so they can obtain more information. Couple that with the fact that some games use datalogs as a crutch just to help the game make sense, and you can see the problem.

Design Doc highlights this very issue in the video essay “FFX VS FFXIII - Two Linear Games, Two Outcomes ~ Design Doc.” The video points out how Final Fantasy XIII’s datalogs threw giant chunks of confusing text at the player to explain how the world worked rather than expressing it through gameplay or cutscenes.1 It was the ultimate violation of “Show, Don’t Tell,” and players were rightfully insulted... and confused.

Getting this much information all at once in hard-to-digest chunks rather than picking up clues while seeing the world unfold is insulting to the audience and makes for weaker storytelling.

A Tool, Not an Evil

Part of the reason so many people decry exposition is because stories often deliver it poorly; see the above example of datalogs gone wrong.

As Extra Credits states in another video, no tool should ever work against the core purpose of the project.3 Misused exposition, whether in novels or in datalogs, does a lot more harm than many other misused tools. But a well-written datalog shows just how important and helpful exposition can be.

My brother (an aspiring game-maker and fellow storyteller) put it best: datalogs should only be used as a complement to the story already established in-game. They should never be used as a supplement to telling a story through the actual gameplay or cutscenes.

It’s the same with any form of exposition. Show as much as you can about the world, the characters, and the plot. Only when you can’t show any more do you resort to telling the audience something directly.

And even then, make sure to tell it in an interesting way.

Reality Punch Studios reveals one of the most effective ways to deliver exposition as he breaks down Pirates of the Caribbean: Curse of the Black Pearl:

Throughout a large portion of this film, scenes [in Pirates of the Caribbean] will be doing more than one thing at a time, which is why you’ll find yourself engaged pretty much the entire time. While they’re giving you exposition, they’re also giving you character. When they set up plot points, you don’t even notice, because they’re also simply entertaining you with a fun scene... Good screenwriters can and should be doing the same thing.4


This is the right way to divulge exposition; not boringly dumping it into a viewer’s lap and expecting them to care.

Stay Within the Game

Keeping exposition within the story is one problem seen less in literature as in games, but the lesson’s the same regardless: exposition usually needs to stay within the story you’re telling. Don’t expect people to go to some outside source in order to understand what they’re reading right now. Datalogs in particular almost always need to stay WITHIN the game—unless the game is about making the player self-aware that they’re playing a game.

Forcing players to stop playing the game to look up information on its world and lore (I’m looking at you, Destiny) is bad design. Forcing readers to pull open another book just to understand what’s going on is bad writing. Put that information in. For a story, put it in the book. For a game, put it into the cutscenes, the in-game dialogue, and even the level design, as much as you can. Once you’ve done all that and there’s still a few things you just can’t squeeze in—THAT you can put in as raw exposition. That you can make into a datalog.

Because datalogs are a written medium, they too need to follow the rules of good writing. In particular, datalogs must be concise. They have to remember their purpose and never stray from it.

To that end, exposition in any form should usually remain short. It’s far easier to digest multiple spread-out, small pieces of information rather than many giant paragraphs.

There are exceptions; for instance, Kingdom Hearts can get away with longer datalogs (their “Ansem’s Reports”) than Final Fantasy XIII. But why? What makes the difference?

Part of the “tolerance” for exposition depends on the genre; you’re going to get more history, names, and background in fantasy than in a spy thriller. In Kingdom Hearts and Final Fantasy XIII’s cases, however, genre isn’t the issue. For the most part, Kingdom Hearts could get away with longer datalogs because the reports didn’t contain a ton of confusing and similar terms, whereas Final Fantasy XIII’s lore was rife with tricky terminology (l’Cie, fal’Cie, and Cie’th are three completely different terms, all equally important to that plot). For another, Kingdom Hearts’s reports weren’t absolutely essential to understand the main plot or the basics on how the universe functions. By contrast, Final Fantasy XIII threw vital information on the story’s various (and equally confusing) factions without addressing who was whom and what they were fighting against in cutscenes or through the gameplay.

Exposition can never confuse the audience. It needs to remain short and to the point. If it’s bogged down with terms that are too similar or not well-explained, the audience will get confused. And if the exposition is confusing and important to the overall story, the audience is probably going to get mad or wind up totally uninvested.

Remember, most people won’t bother to read exposition in any form, including datalogs; they’ll just skip over it. People play video games to play. People read stories to enjoy what happens in the story. Nobody wants to be forced to read; they want to be drawn into reading because they’ve already learned about the world and found it so compelling that they want to dive deeper. You want to make it as easy as possible for them to get sucked in.

To do that, ask yourself these questions when writing exposition:

1. Is this information vital to the story I’m currently telling?

If it is, consider weaving it organically into the story. Don’t just tell us your character is poor; show how tattered and ill-fitting their clothing is. Have them come home and be grateful they have dinner this evening.

If it isn’t, consider cutting it entirely or, if it’s a tidbit a really big fan might enjoy knowing, present it in a way that doesn’t tear the reader out of the ongoing story.

2. Am I presenting this information in an interesting way?

Are you showing off more facets of your characters while they’re speaking that expositiony dialogue? Are you introducing things in a way that makes your audience want to know more? Are your exposition-delivering scenes fun in and of themselves?

3. Am I giving enough information?

Timing is important! Make sure to give the audience enough to at least get the gist of what’s going on. They don’t need a lot; sometimes all it takes is a little nudge that tells them “These are the bad guys.”

4. Am I giving too much information?

Keep it short; keep it simple! Your audience doesn’t need to know everything right away! Give them just enough to understand what’s happening. They’re smarter than you think!

Four writing tips just from studying datalogs. Who says gaming can’t make you smarter? ;)
---
Notes and References:
Final Fantasy, Kingdom Hearts, and all related names and terms property of SquareEnix. And I am not affiliated with them.

Email ThisBlogThis!Share to TwitterShare to FacebookShare to Pinterest
Labels: Advice, How (NOT) To, Pet Peeve, Pet Peeves, Video Games, Writing