To help me gear up for Realm Makers Writers' Conference in July, I'm bringing you a series of scenes cut from The Victor's Blade.

This particular excerpt is from a very early iteration when I was first exploring the idea of Isalaina being a weaver. This scene was going to be the first look into her occupation and serve as some admittedly and embarrassingly heavy-handed foreshadowing. Glad I've learned a bit since then!

This scene also introduces a character I cut from the story entirely: Kerlonkus. You'll be seeing a lot of him over the next few weeks. Let me know if you think it was a good idea to cut him from the story or if you'd like to see him in the final version!

---
[After a successful storytelling at the New Year's Festival, Jaranin spends some quality time with his long-time friend, Isalaina.]

“So, I take it you enjoyed the festival?” Jaranin asked.

Isalaina simply giggled. “Of course I did.” A wry grin crossed her lips. “No one can attend a Sinoan festival and not enjoy themselves. It’s a preposterous thought.”

“Preposterous.” He just kept watching her, his mind refusing to work. She grinned and lowered her head. Was she beginning to blush?

Nah. Probably just a trick of the firelight.

“I, ah, made something for you, at the weaver’s. I thought this would be a good time to give it to you, what with you staying so late at the stables recently.”

“You made something for me?”

Isalaina laughed as she pulled a sack out from beneath her seat. “Don’t sound so surprised! I do have some skill with a loom.”

From the sack, Isalaina produced a small pouch of fabric tied in a ribbon, which she set in his lap. What could she possibly have made for him?

Carefully, Jaranin unwrapped the precious package. It was a neatly-folded, tightly-woven cloth. “You made this?” Jaranin inquired as he unwound the cloth. His inquiry turned to wonder as the cloth unfolded to reveal a red shawl with an elaborate border of yellow thread. Gracing the center of the shawl was the image of a silver blade.

“My master gave me a little help designing the pattern,” she nodded. “I meant to give it to you for your birthday, but the pattern was a little trickier than I expected.” Isalaina blushed lightly. “Sorry it’s late.”

He turned the fabric over in his hands, running his fingers over the blade. She’d used different shades of gray thread, so the blade seemed to gleam. “This is incredible, Isalaina.”

“Really?” Her eyes shone as she watched him examine her gift. Had she really thought otherwise?

“Oh, I’m so glad,” Isalaina sighed with relief. “I thought of the pattern myself. I just thought… it seemed to suit you. And I wove the cloth tight, so it’ll keep water out. It may not be a cloak, but it’ll keep you warm during the trek home at night… Oh, Jaranin, you really like it?”

Jaranin couldn’t help but laugh. “What, you don’t believe me? Have you even seen it?” He held the cloth up. He could swear the yellow thread of the border reflected the light of the bonfire. “I’ll warn you, though. It’s going to get shabby, because I’ll wear it every night. Thank you. It’s a wonderful gift.” On a whim, he added with a teasing grin, “Even if it is two months late.”

Isalaina swatted at him playfully. 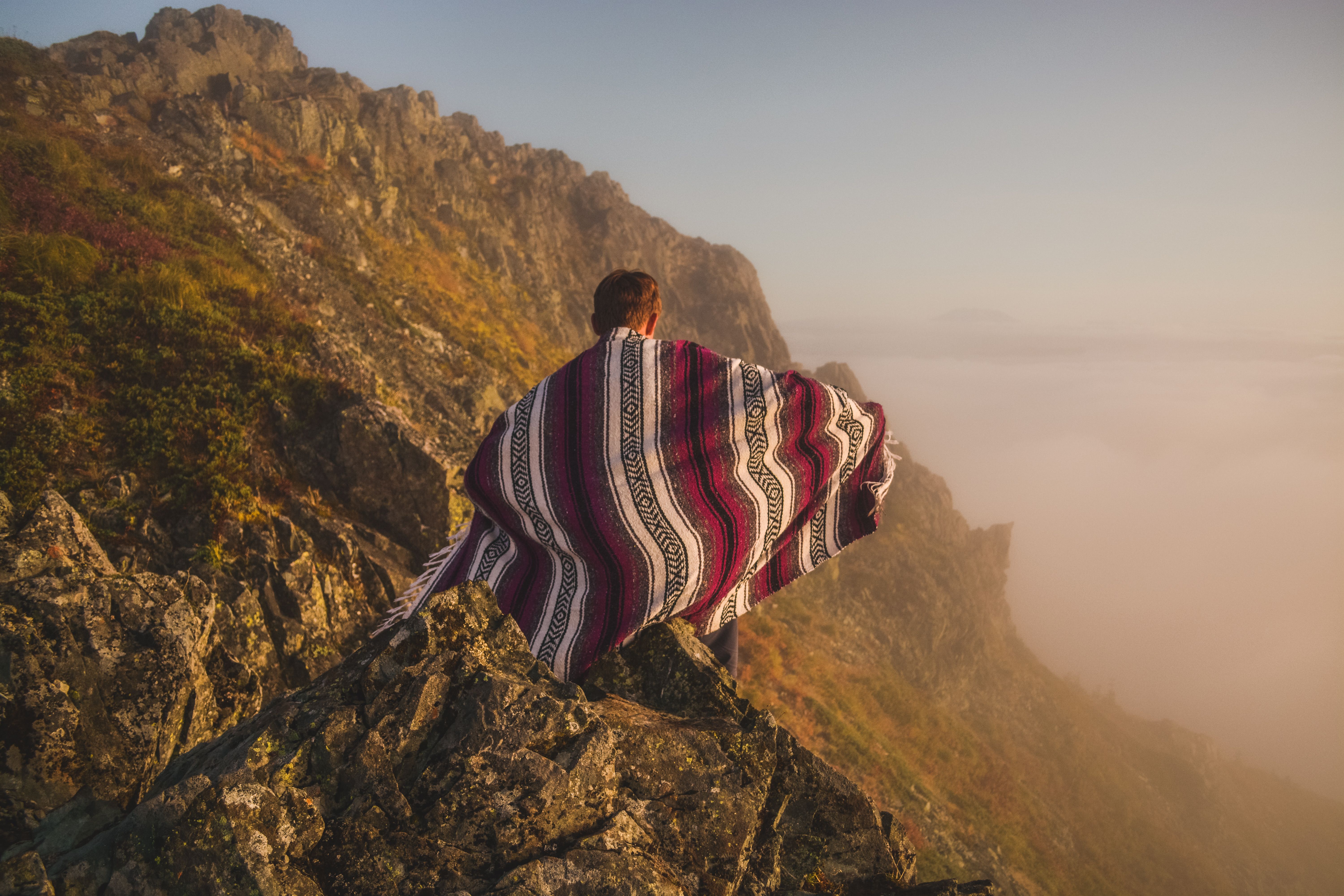 Photo by Ruben Mishchuk on Unsplash

While they talked, one of the young men sitting at the feast tables stared at them intently. His oily black hair gleamed in the firelight, and his poison-green eyes glowered as the lovebirds laughed. He twirled a knife in his hand and periodically jabbed it into the hard wood.

“’Oy, what’s the matter, Kerlonkus?” chortled Elun, that impertinent elf. “Not a little jealous, are we?” The elf smirked as he nodded toward Jaranin and Isalaina.

As if in response, their giggles rose to a pitch.

Kerlonkus clenched his fingers around the hilt of his knife. This time the blade sunk two inches deep into the table. He flicked it out with ease and tossed it into his pocket as he rose and stalked away, leaving his plate of food untouched.