This cut scene was from the first few chapters of a very old version of The Victor's Blade. In this version, the kids participated in a “unicorn hunt.” These hunts were not to kill these majestic creatures but to catch and tame them, as this was the best way to provide the people of Sinoa with beasts of burden. There are no horses in this universe!

This excerpt was the first thing I'd written showing Elun's family. I just loved the idea of Elun being so popular with a half-dozen younger siblings, and it serves as good contrast to Jaranin's small family unit.

“Bother that elf, sleeping an hour past schedule… We’ll be late to the hunt for sure!” Jaranin grumbled as he mounted three wooden steps and rapped his knuckles on a bright red door that smelled of cedar. 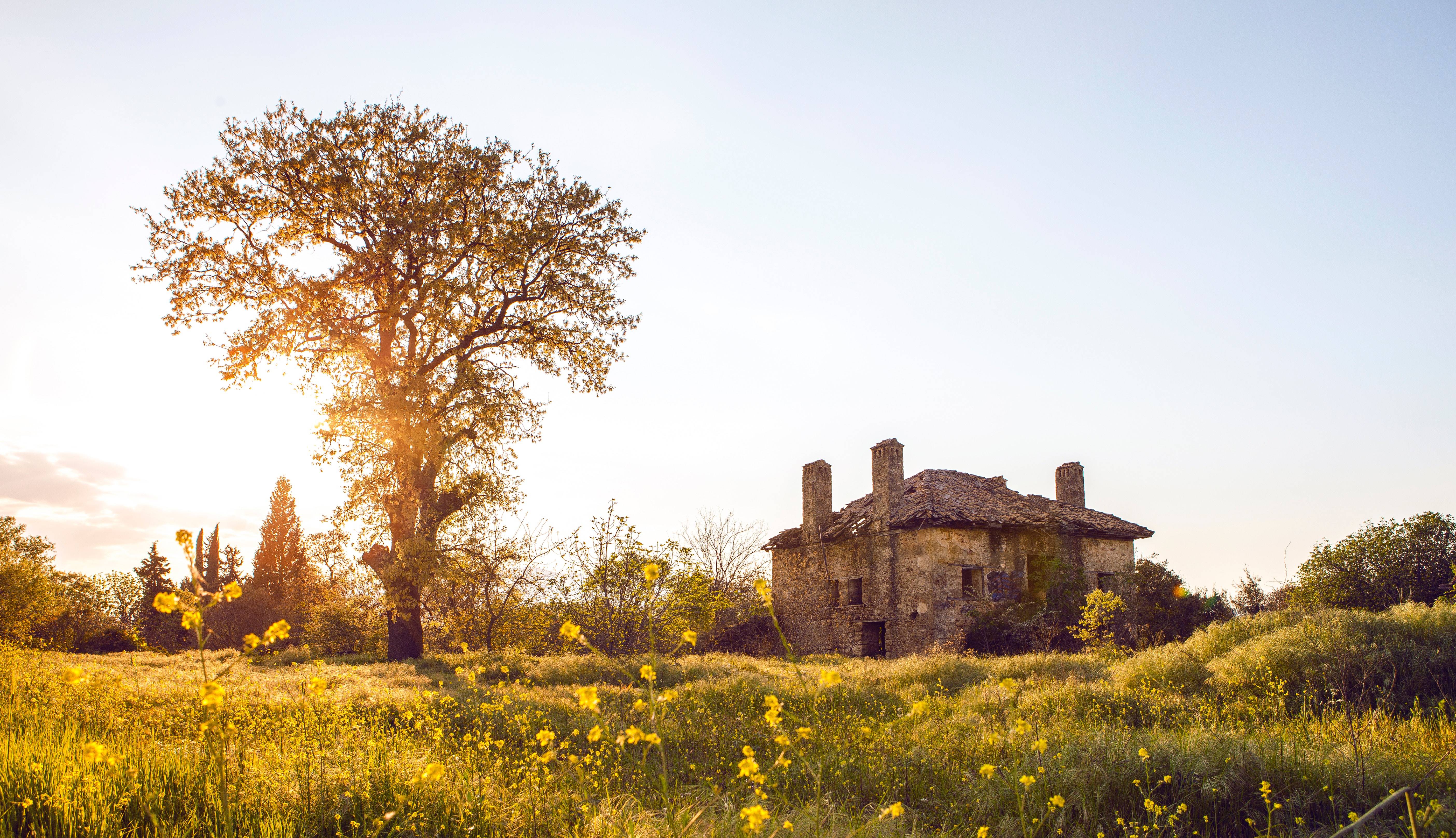 Photo by Mahir Uysal on Unsplash

He stood in the threshold of a quaint little cottage with cherry-paneled walls and the nicest little forest-green roof and red painted door this side of Wilyan. At his heels was a rock-and-pebble path that wound its way from the doorway up, up, up the valley floor, around two rows of widely-spaced elms, and up to the main road. If one listened carefully, one could hear the light trickle of water in the distance—a small stream that ran by the Elvinbard’s home.

Jaranin gazed at the red paneled door for a few more moments, his eyes roving over the strange elven carvings in the doorframe. His observations were interrupted by the door swinging open, revealing the deep, pitch-black interior of the house. A cheery little pale-skinned face with wide, pointed ears came shuffling out of the darkness.

“Hullo, Mrs. Elvinbard.” Jaranin greeted the little lady (who was hardly an inch taller than he). “I hope I didn’t wake the rest of your family…”

“No, no, not a’ t’all, Jaranin!” Mrs. Elvinbard crooned with the welcoming smile she always sported. “Ye’ve come for Elun, ‘aven’t you?” She wiped her thin little hands on a white apron nearly twice her size. A mop of auburn hair twirled into a bun rested atop her head.

“Yes, we were going to head to the hunt early this year with Isalaina,” Jaranin replied with another respectful bob of his head. “Has Elun risen yet?” He resisted the urge to peek inside the dim interior of the Elvinbard house.

“Oh, no, but ‘e should ‘ave well pas’ an hour ago.” Mrs. Elvinbard shook her head as she glanced over her shoulder. “Ah, pardon me, Jaranin-deary, you jus’ wait right ‘ere an’ I’ll fetch ‘im for you.”

As Elun's mother shuffled back into the house, Jaranin waited outside patiently, rocking back and forth on the balls of his feet. Jaranin could faintly hear a whispering voice, and then—

Jaranin winced. He knew what was coming next.

All chaos broke loose within the house. There were shrieks and bursts of laughter almost immediately. Suddenly, eight little voices were all clamoring for Elun to play with them. Jaranin could almost picture them, swarming about their eldest brother like wasps. The twins would be clinging to Elun’s legs; Jaranin could hear them crying for Elun to kiss their dollies. Little Allen would be tugging Elun’s arm unmercifully, asking him all sorts of strange questions. Jaranin could swear he heard the elf boy inquiring if his older brother could spell “hippopotamus.” Jaranin could hear periodic thumps; he presumed that was Chrissie jumping up and down—and there was her voice now, screaming a song she’d “composed herself” as loud as she could.

Elun crashed through the door with his brother Gilbert perched on his shoulders, yanking his hair and asking him if he’d ever seen a dragon before. The other siblings were soon to follow, swarming both Elun and Jaranin now, all shouting and crying and begging for the two older boys to play with them.

At last Mrs. Elvinbard managed to intercede, prying her younger children off her eldest. She wagged her finger and scolded the whole lot of them before banishing them to the kitchen for breakfast. Hanging their heads and whining in disappointment, seven little red-headed children with pointed ears marched off. As Jaranin helped Elun to his feet, Mrs. Elvinbard kissed her son on the cheek and slipped him a warm cake, waving them off with a chuckle.

Elun’s pants were wrinkled, his shirt collar was torn an inch, and his hair was a frizzy red mess. His eyes, dark with gray shadows beneath them, roved about wildly.

As the boys strolled away side-by-side, Jaranin threw his arm around Elun's shoulders, grinning. “The ol’ ‘Gilbert’s stealing your breakfast’ trick again, aye?”