There are so many incredible guys in the world of anime. Here's my personal Top 10.

(But only one character per show, or else half the list would be from Fullmetal Alchemist: Brotherhood.) 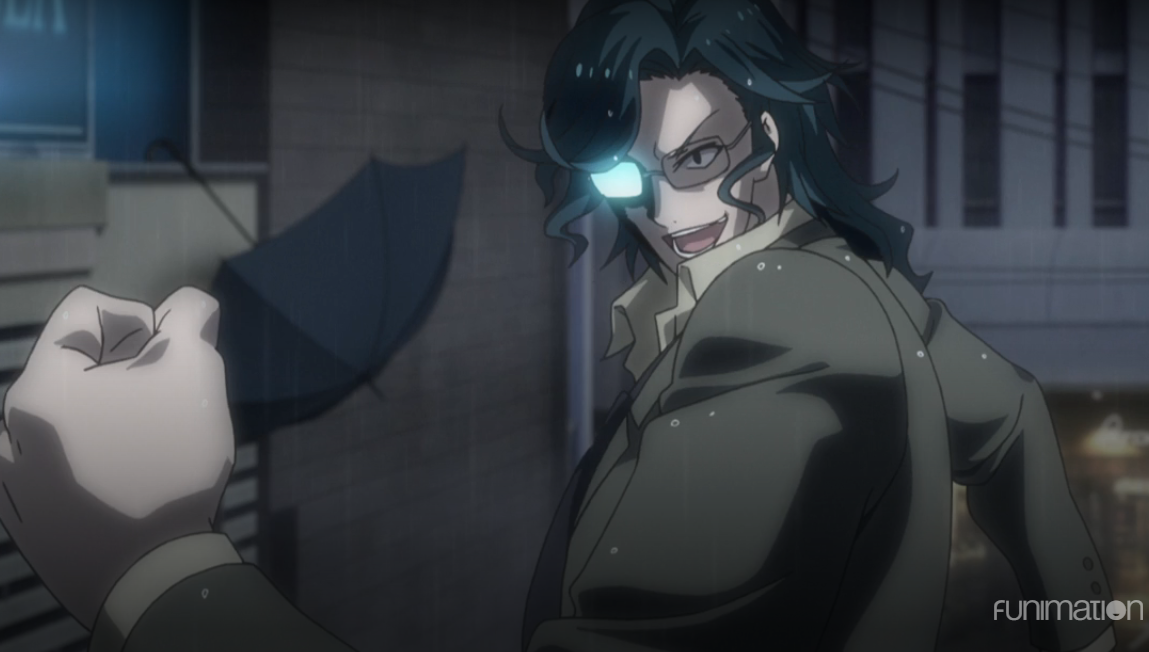 He may not be one of the main characters in Tokyo Ravens, but Jin stole my heart. A sly and savvy teacher, Jin is an expert in arcane magic and a tough teacher who's instructing the next generation of mages to take on a world where terrorists can use magic incantations to summon destructive creatures from hell. His cool and collected exterior and mystique belie his genuine concern for his students; Jin puts his life on the line to protect his students, going toe-to-toe with even the most dangerous villains. He's resourceful, he's witty, and he'd definitely be my favorite teacher at mage school. 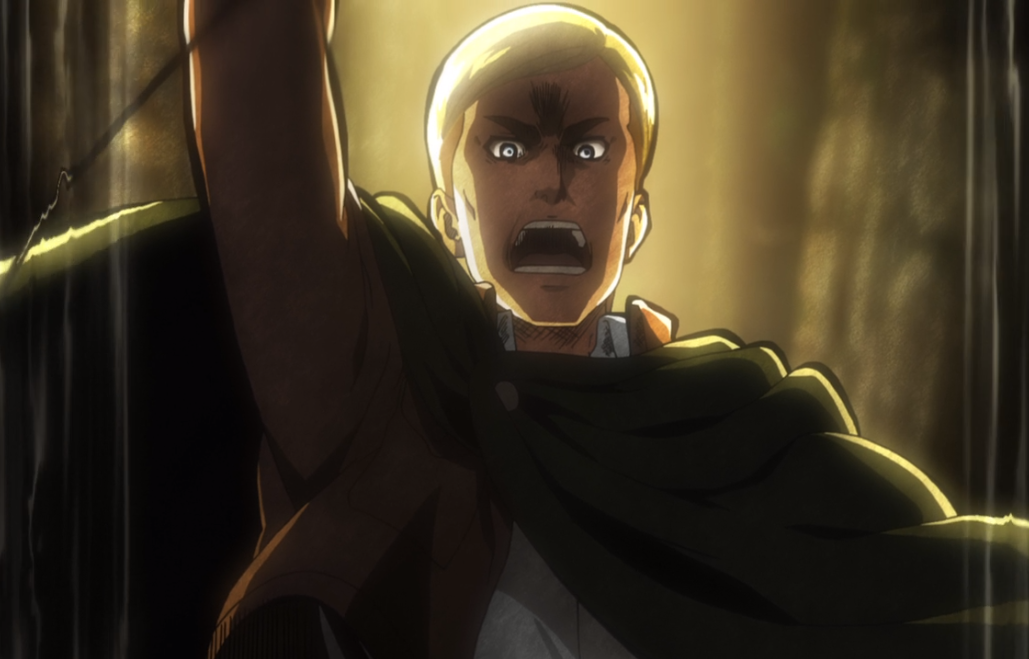 While Attack on Titan shows the ugly truth of human nature, it makes Erwin's combination of craftiness and true noble nature stand out indeed. Erwin is smart—arguably the smartest character in the entire Attack on Titan anime, but he never flaunts it, instead using his cunning to navigate the politics as well as the grim practical side of life inside and outside the walls. Erwin is a clever strategist who's willing to take risks if it means the ultimate reward—true freedom and real answers. With every hard choice he makes, it's clear that Erwin remembers every troop's sacrifice and is determined to make sure their death mattered. And it's this sensitive side plus his sacrificial nature that makes Erwin such an excellent leader and a great character. 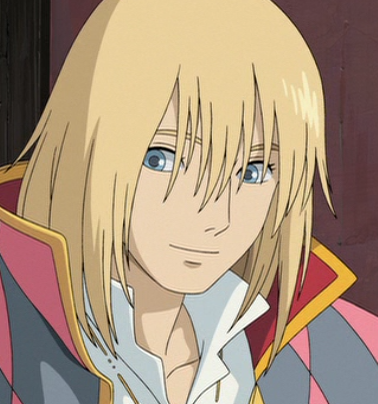 Howl is a ball of contradictions. A self-centered and immature wizard who eventually grows into a courageous warrior, Howl is bestial and yet gentlemanly, polite but whiny, poor self-esteemed and yet proud. But there's one thing that never changes: his protective nature. He won't let anyone mess with the love of his life, Sophie. 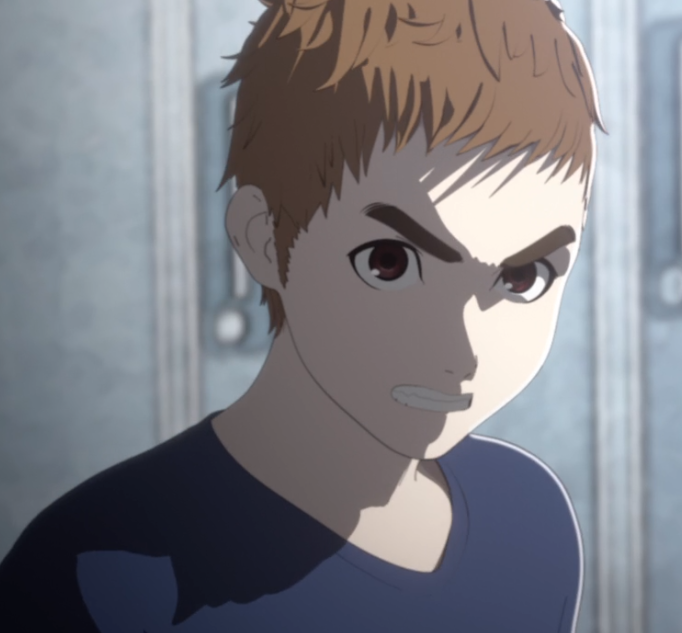 It's almost impossible not to connect to Nakano. He's clearly in over his head. He's constantly getting one-upped and insulted by others. But the great thing about Nakano is that he never lets that stop him from doing the right thing. He's always in action, never still for long. He's courageous and bull-headed and a little childish now and then, but his good heart always wins out. Not your average jock for sure. 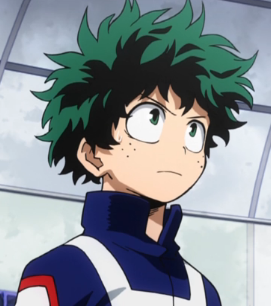 Midoriya is a cinnamon roll wrapped in sugar with sprinkles on top. Selfless, courageous, and considerate, Midoriya makes for the perfect hero. Though he's far from perfect, and he's the first one to say so. Midoriya has no idea just how strong of a person he is, as the bullying he suffered as a kid makes him question his sense of self-worth. But this weakness propels him forward, fueling his resolve to improve himself and become the greatest hero. Even without superpowers in a world full of superheroes, Midoriya charges into danger to help people in need and is willing to see the good in even his enemies. 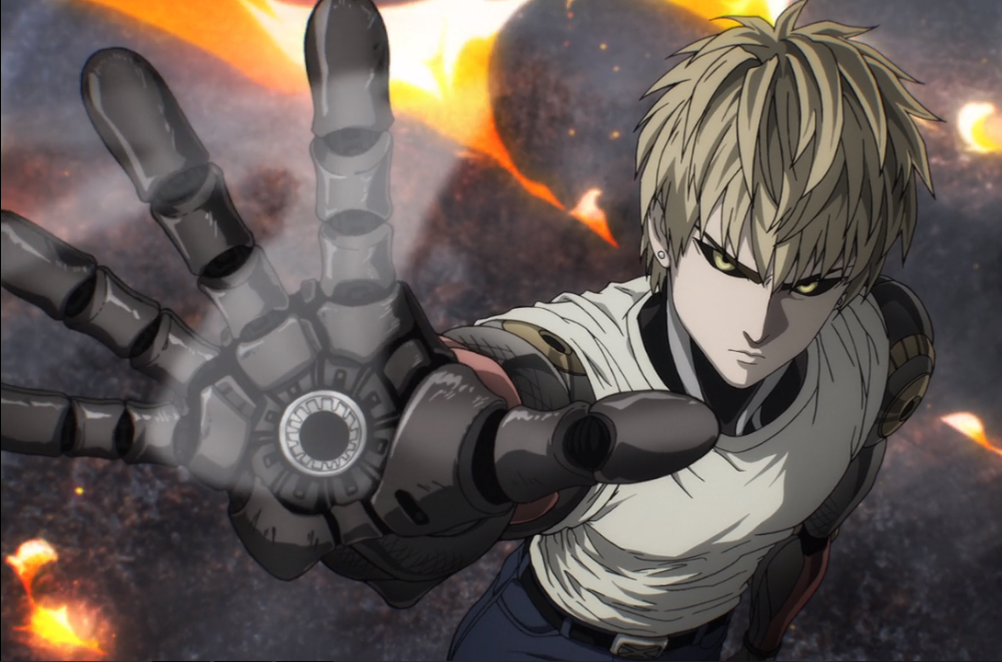 Despite being a cyborg with a tragic backstory, Genos is surprisingly naive, which makes his interactions with his world-weary teacher/roommate Saitama absolutely hilarious. He's endearing but also capable, taking on impossible odds even when he knows they're stacked against him. He may be the character who gets wrecked the most throughout the show, but he'll still try every time, never questioning whether he can or should try to protect innocents from a monster menace. 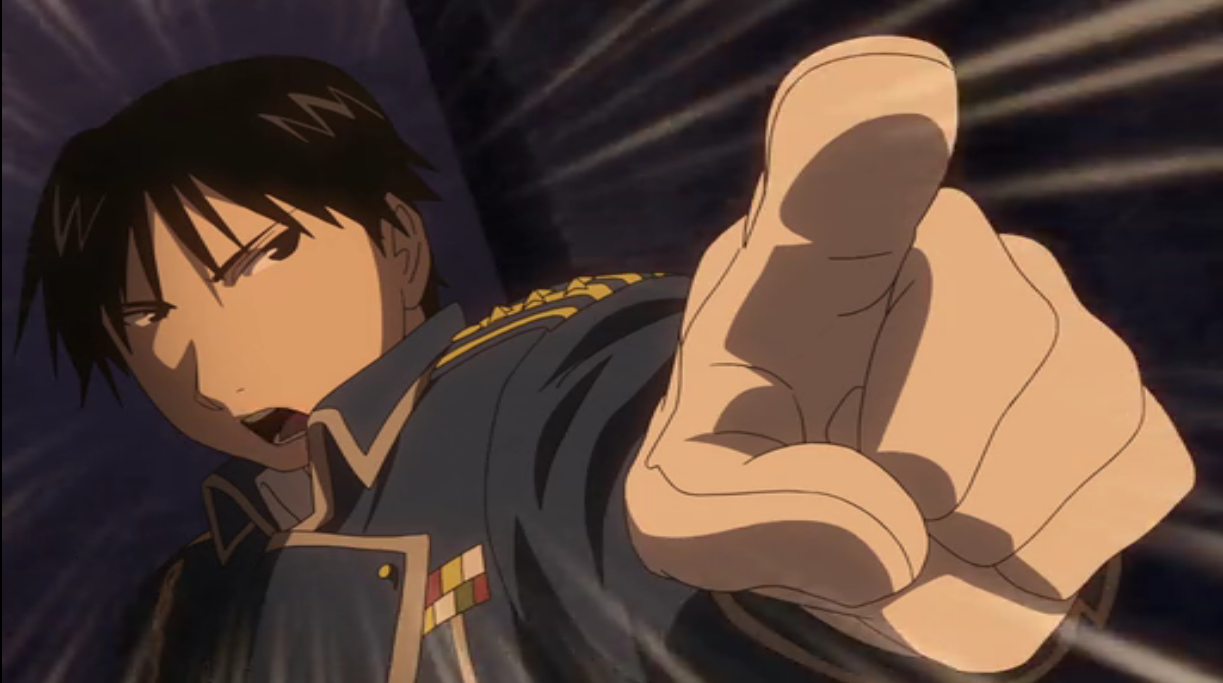 Focused, charming, commanding, and observant, Colonel Mustang tries to stay one step ahead of his opponents, even when his enemies are operating from the dark. He often pretends to be a womanizer and can fall prey to his hubris when it overcomes his common sense, but that all gets stripped away the moment someone Mustang cares about gets put in harm's way. Nobody messes with the Colonel's loved ones and subordinates. No one. He's careful, methodical, and organized, and his dry humor is always welcome. 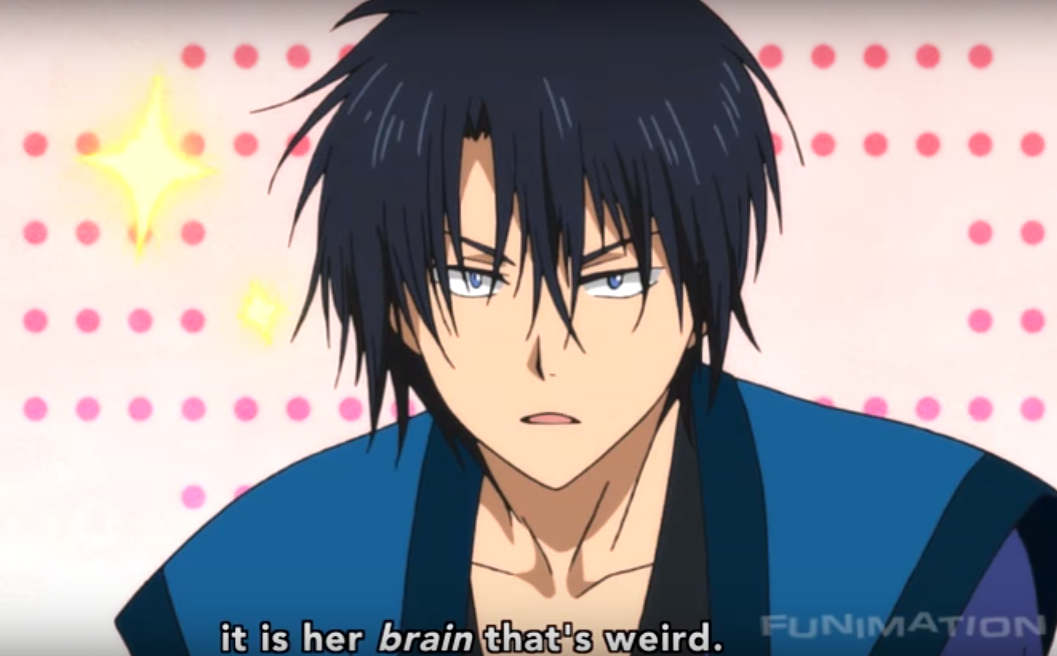 A rascal who never wanted to have anything to do with royalty... and now serving as the princess's royal guard and protector. Hak is rough-around-the-edges and gets his kicks out of picking on people, teasing Yona to exasperation. He can be a bit of a rogue, but his loyalty is unquestionable. He'd die for the princess and his liege lord the king, no questions asked. He'll work himself to the bone for them and will only laugh it off if they pointed it out. And despite all his teasing, he really does harbor feelings for the princess, but struggles to withhold them, knowing they come from two very different worlds and not wanting to put that kind of burden on her. 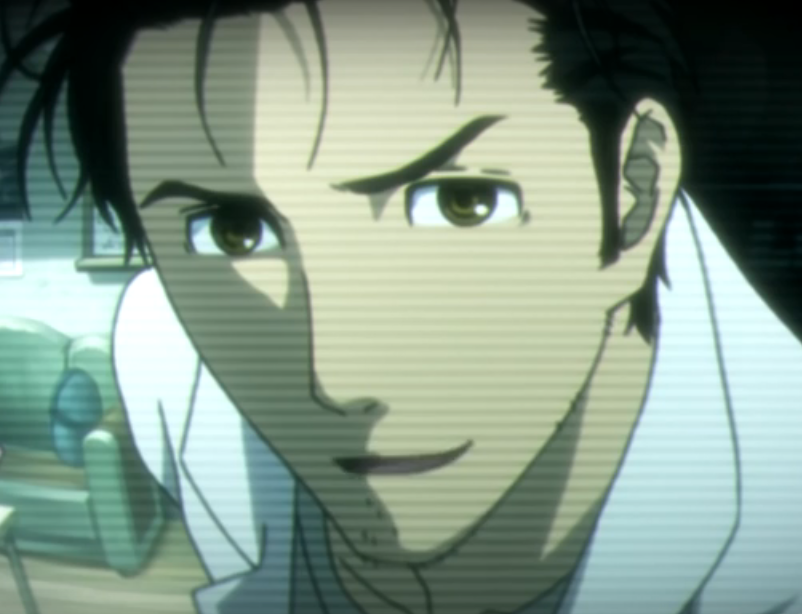 Goofy, smart, and a little unhinged. Okabe parades around with a flashy persona, “Hououin Kyouma,” barking that he's a mad scientist with a lab full of assistants to help him create half-baked inventions the world never wanted nor needed. But it's all a facade to hide the fear he holds underneath: fear of losing the people he holds dear and fear of real-world responsibilities. He's down-to-earth despite his crazy outbursts, a real friend to keep around. He's mentally strong almost to the point of being terrifying, and yet still kind of a big dork inside. 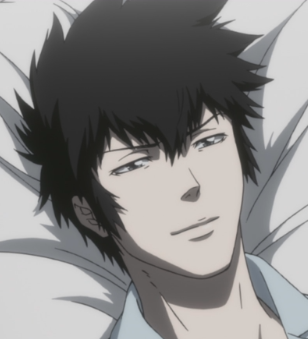 Ko has it all. He's attractive. He's focused. He's cool. He's smart. He's powerful. An excellent investigator and not a bad shot, Ko will not stop until he avenges the death of his former partner. Despite being naturally built to go it alone, he also recognizes his own flaws and need for his new partner, Akane, who reminds him to question the status quo and fight, even if the odds are stacked against him.

Attack on Titan, Fullmetal Alchemist: Brotherhood, My Hero Academia, Psycho-Pass, Tokyo Ravens, Yona of the Dawn, and all related terms are the property of Funimation; Howl's Moving Castle property of Walt Disney Studios; One-Punch Man property of Viz Media; AJIN:Demi-Human property of Sentai Filmworks. And I am not affiliated with either of them.