Why I Love AJIN: Demi-Human – And You Might, Too


Humanity is finite. Death is inevitable.

But what if death wasn't the end for you? 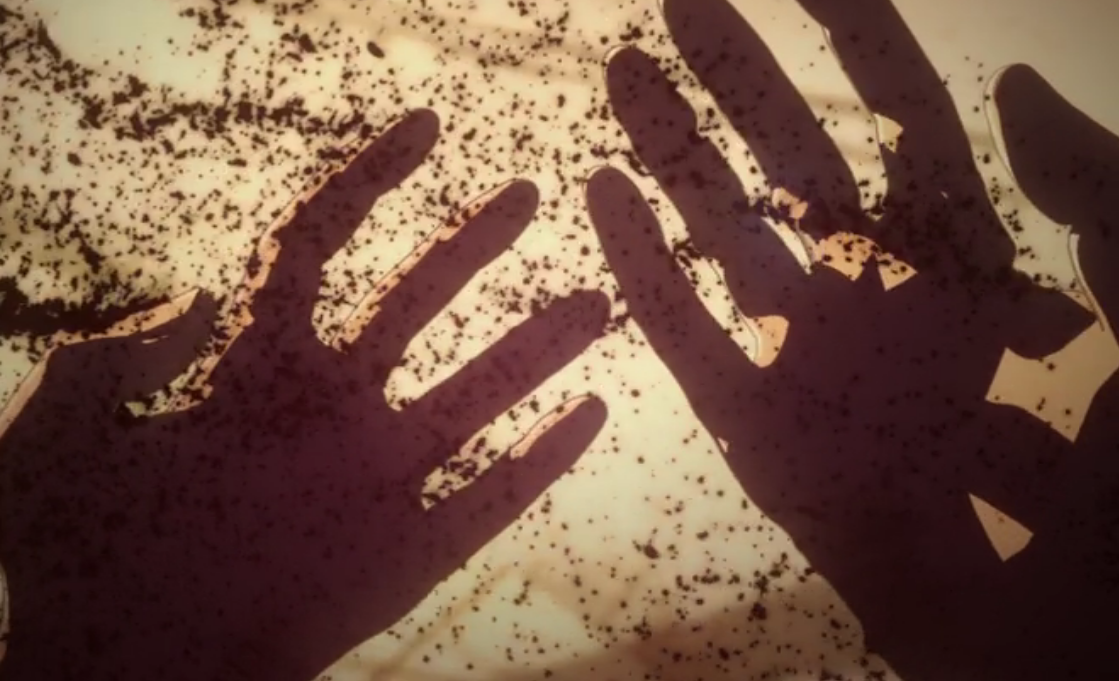 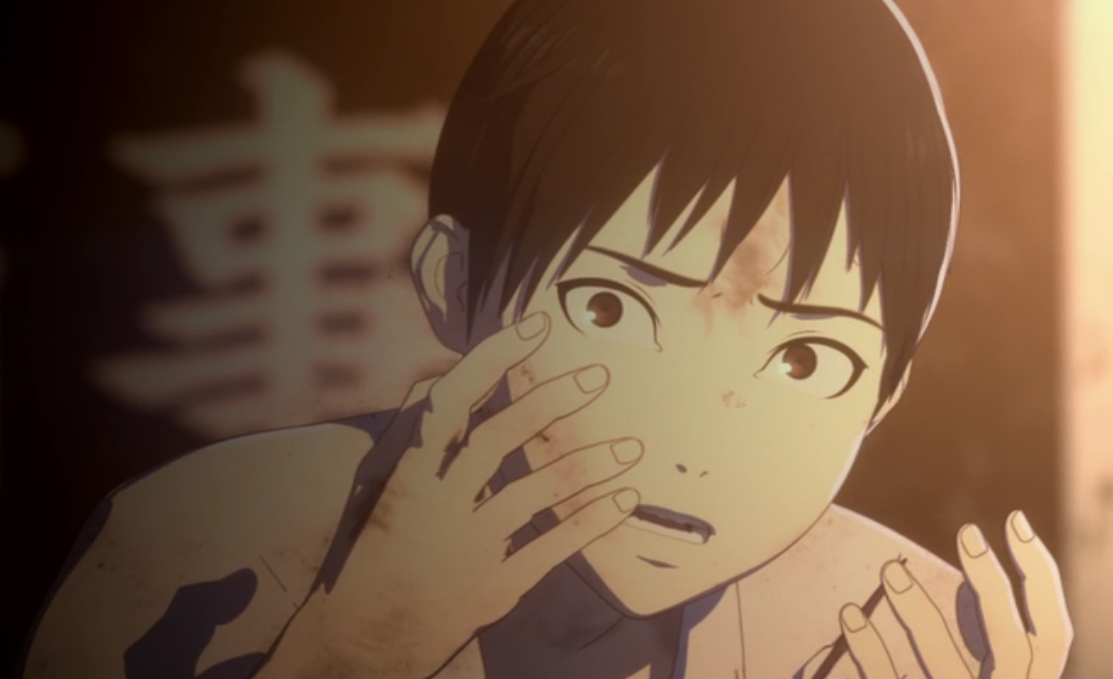 When Kei is struck by a van, he learns that every time he dies, he comes back to life.

He is an Ajin, a being whose body regenerates after death... and who the government is secretly kidnapping.

Turns out, people who can't die are invaluable test subjects for industries just waiting to perfect their latest drugs, weapons, and more. And they can't wait to get Kei on the dissection table.

He can't hide. All he can do is run or fight. 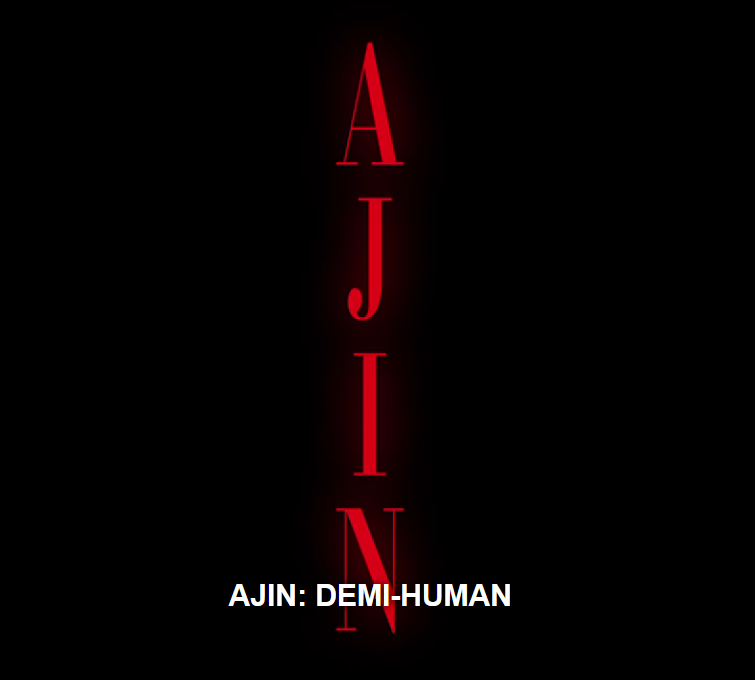 Yes, this show has CGI character models, which can be a death-knell for anime. And yes, it doesn't always look pretty. Some of the animation ends up goofy-looking (especially with the character Nakano, for some reason). 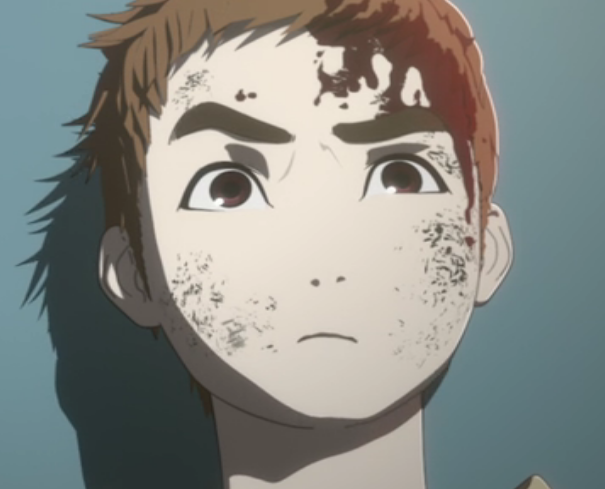 However, AJIN's animation is leaps and bounds ahead of other CG-anime. Motions are much smoother and more natural than other shows such as Knights of Sidonia. And despite a few stiff facial expressions, characters still have lots of personality in design and movement. 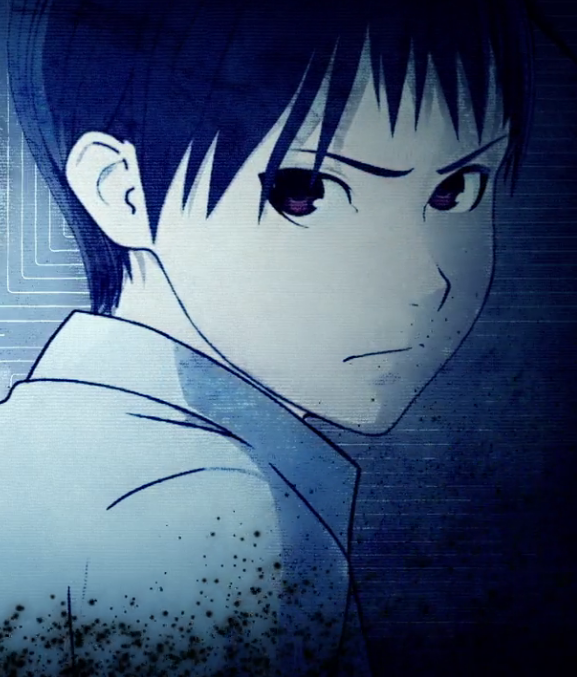 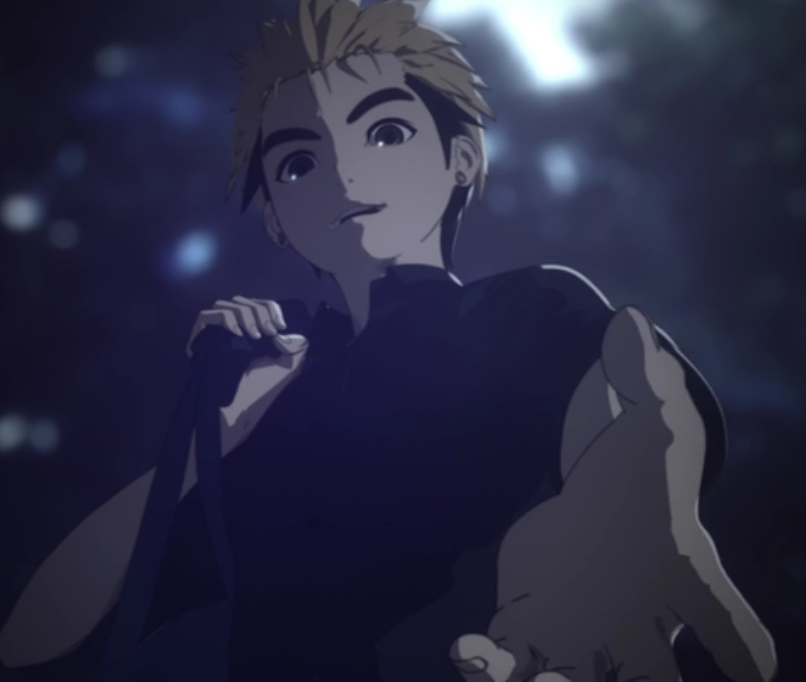 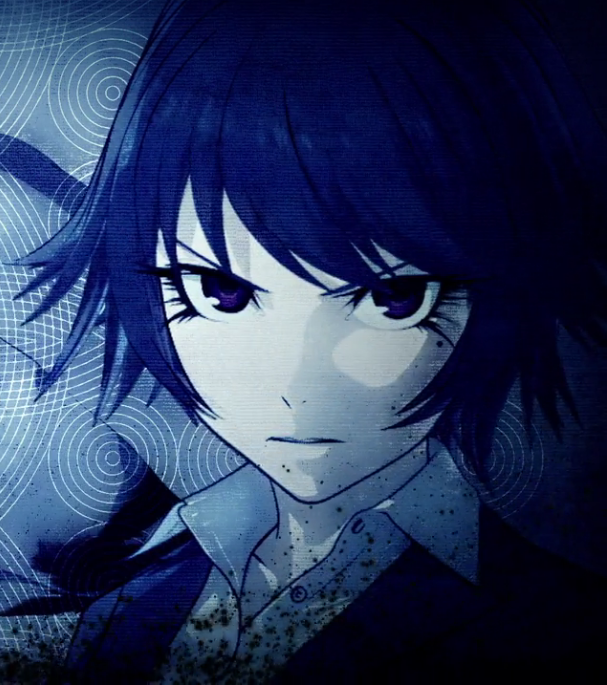 But what really makes this show's CG stand out is the monstrous "black ghosts." 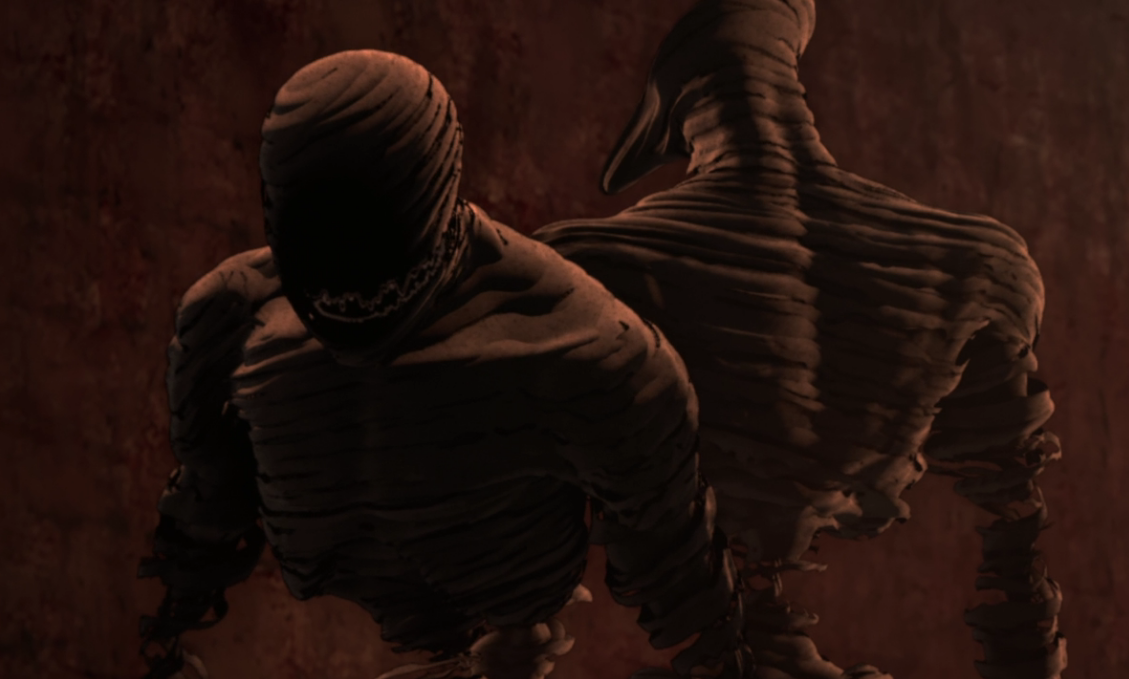 These things look and sound like they could take out a tank--and often perform feats that come pretty dang close. Each impact they make feels heavy and powerful. 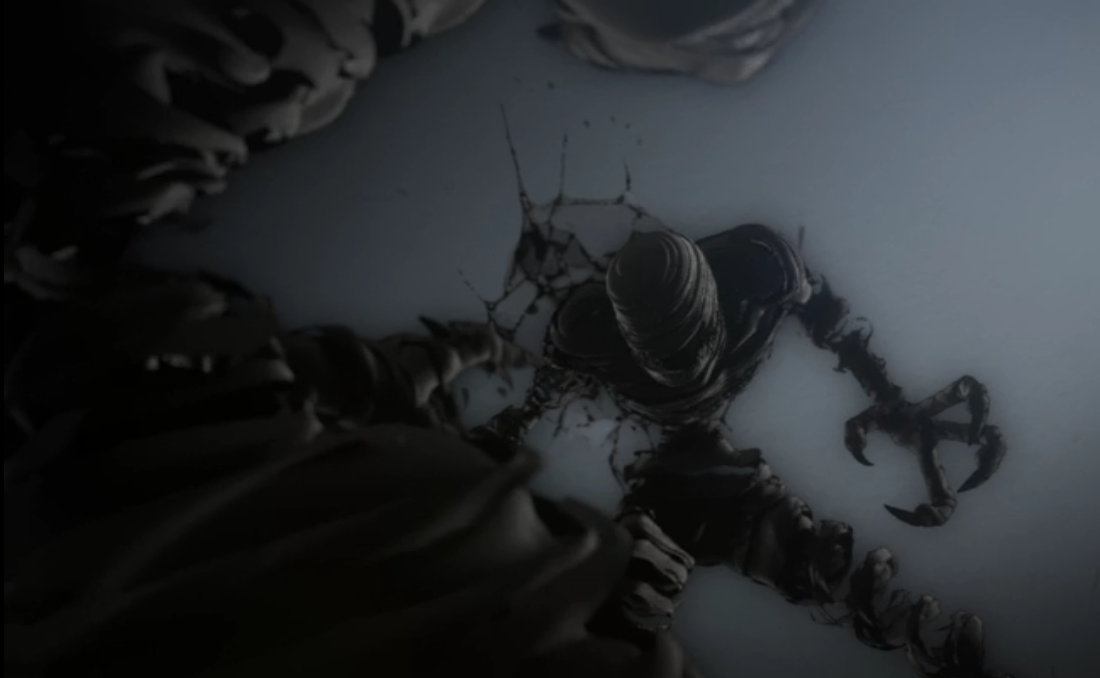 This means the plentiful fight scenes pack a punch, in no small part thanks to the show's immersive sound design.

Where AJIN's animation may struggle, the sound design excels.

This was nowhere more evident than the attention to detail devoted to the show's arsenal. My gun-enthusiast dad and brother were impressed: lovingly-crafted AK-47's looked and sounded like AK-47's; A-1's sounded like A-1's; and so on.

That's not even addressing the haunting soundtrack, which perfectly sets the pace for pulse-pounding moments of terror or softer scenes. And I'll never forget the horrifying sound when Ajin resurrect. The gargling, crackling, popping noise is otherworldly and perfectly portrays a body being sewn back together... and a life unnaturally returning to earth.

This show locks you in from the first episode and does not release until the ride is over. It's quick but not too fast, dishing out info during hammering chase scenes or over quiet character-developing moments. This show has suspense, horror elements, military-grade tactics and counters; it's a show as much for someone who likes ghost stories as it is for someone who prefers action/suspense films ala the Bourne franchise.

Just be warned--this show touches on a lot of dark themes, including suicide. There's also violence. Lots and lots of violence. Expect to see people being shot or impaled on a regular basis. If that's not your thing, this show is not for you.

No flat stereotypes here; these characters feel round, realistic, and relatable. Kei may be a typical over-achieving student, but he's also cold and calculating and far wiser than his years. Nakano may seem like a jock, but he's quirky and has a strong sense of justice that propels him--and the main cast--forward. Tosaki appears to be a typical disinterested government official, but he's not perfect, and he's not afraid to get his hands dirty when backed into a corner.

Still, realism comes at a price: you may not always find the cast likeable. Two characters in particular can be so brutal to others that their actions seem unjustifiable or even out of character. 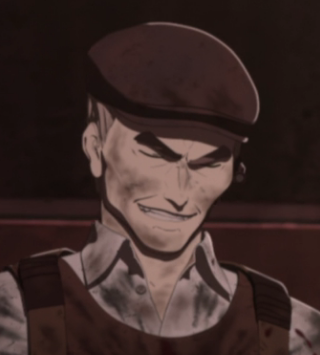 In fact, sometimes you may find yourself cheering for the villains. It's hard not to sympathize with people who are fighting to be recognized as human beings when their only initial sin was one unfortunate accident or one bad day.

But even though I'm not usually a fan of relatable villains, I was okay with the villains of AJIN; after all, the main villain gave me plenty to root against.

Sure, this show isn't without its downsides. It had a few set-ups without payoffs; but they weren't deal-breakers for me. The ending comes fast, but it's satisfying while remaining open for any potential future seasons.

Will we see more of this show? I'm not so sure. But there's a three-part animated film trilogy and a live-action adaptation for those of you who have already seen it and are dying for more.

For the rest of you who haven't watched it yet, fire up Netflix and give it a go. Just don't expect it to lull you to sleep before bed. 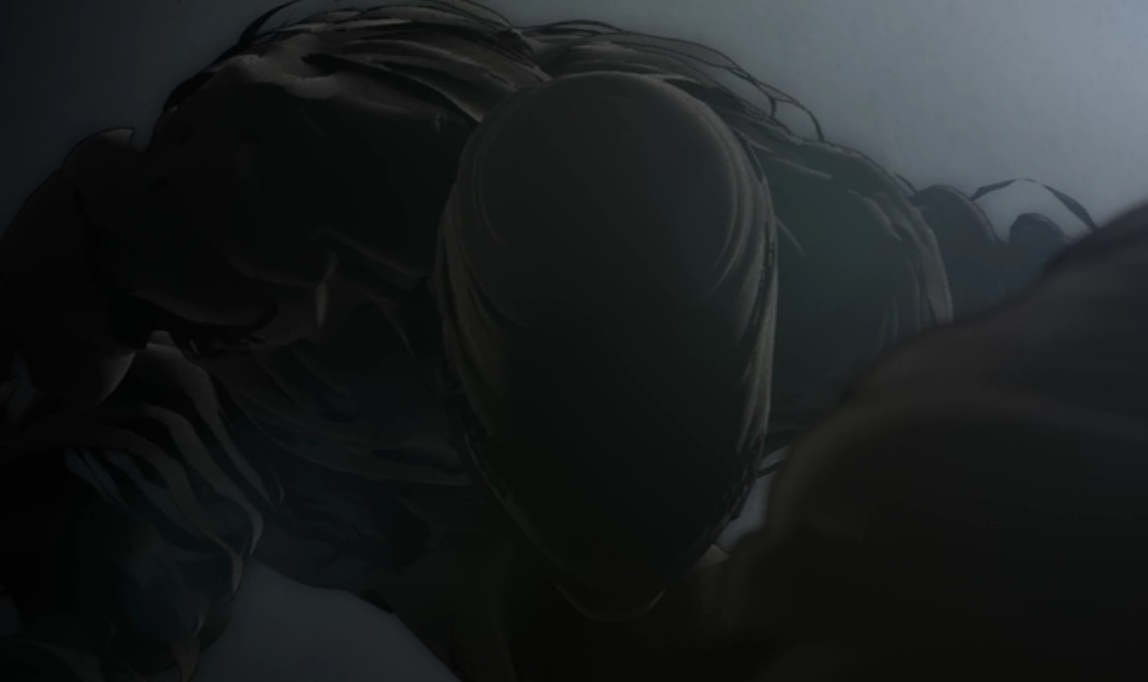 ---
All photos are screenshots taken off Netflix and are the property of Sentai Filmworks 2016. Used under US "Fair Use" laws.

AJIN: Demi-Human and all related names and terms are the property of Sentai Filmworks 2016. And I have no affiliation with them.

Interested in reading more about anime? Check out Drunken Anime Blog for some fun analyses. Of course, as you can probably tell from the title, this may have content not suitable for little eyes. Or your eyes, if you're sensitive to alcohol, sexual content, etc.