Some characters are so well-written that they seem life-like. But how would these "realistic" characters stand up to real-life personality typing?

Welcome back to Type Casting.

The remainder of this post will contain some spoilers for 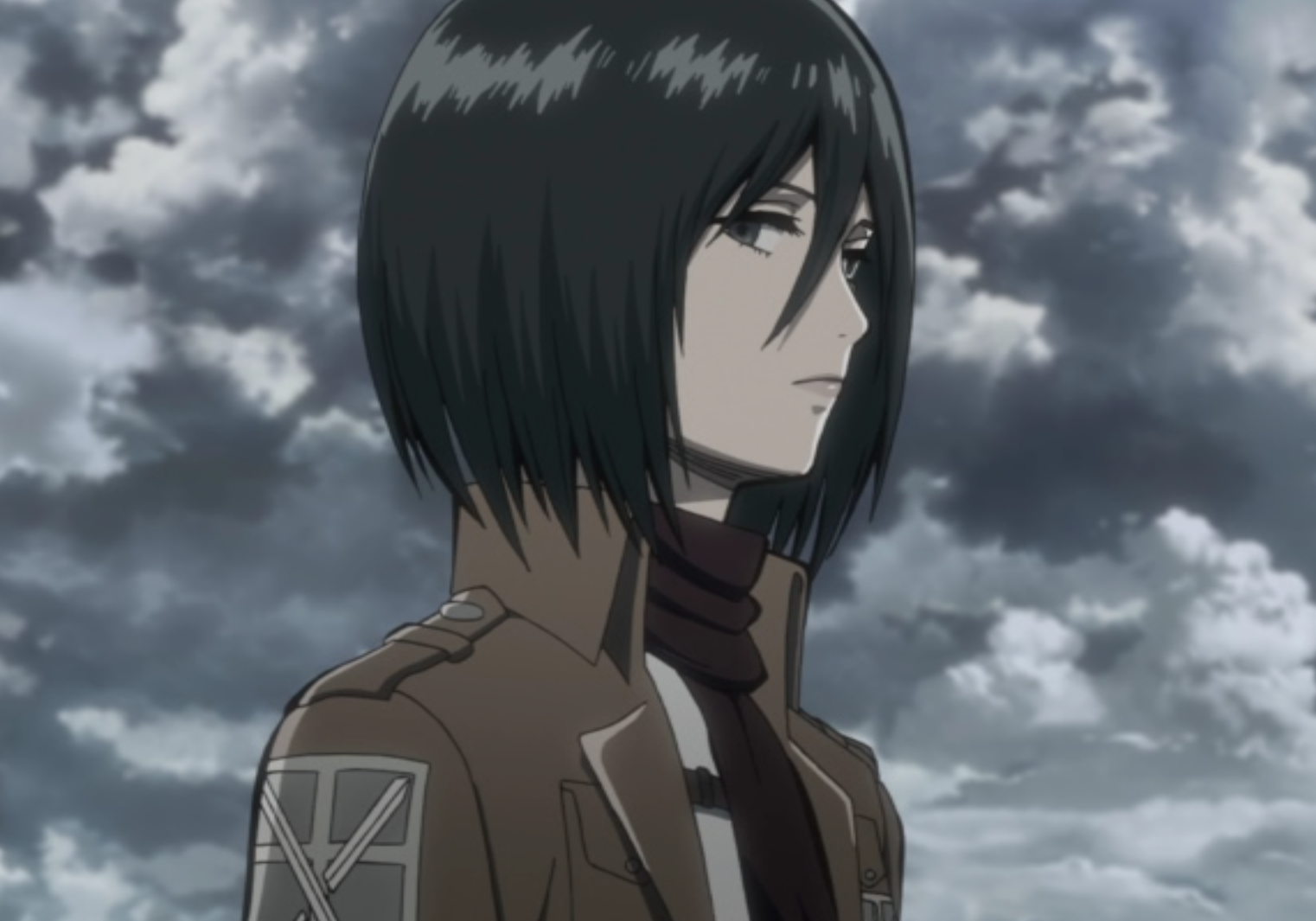 “I can handle them. I'm strong. Stronger than all of you... As such, I am capable of annihilating the Titans there. Even if I have to go it alone... If I can't, then I'll die. It's that simple.”1

An appropriate introduction for Mikasa Akerman.

Most people see only one side of Mikasa: the master with a blade who just doesn't give a crap, facing authority figures or life-threatening situations with equal measures of apathy. 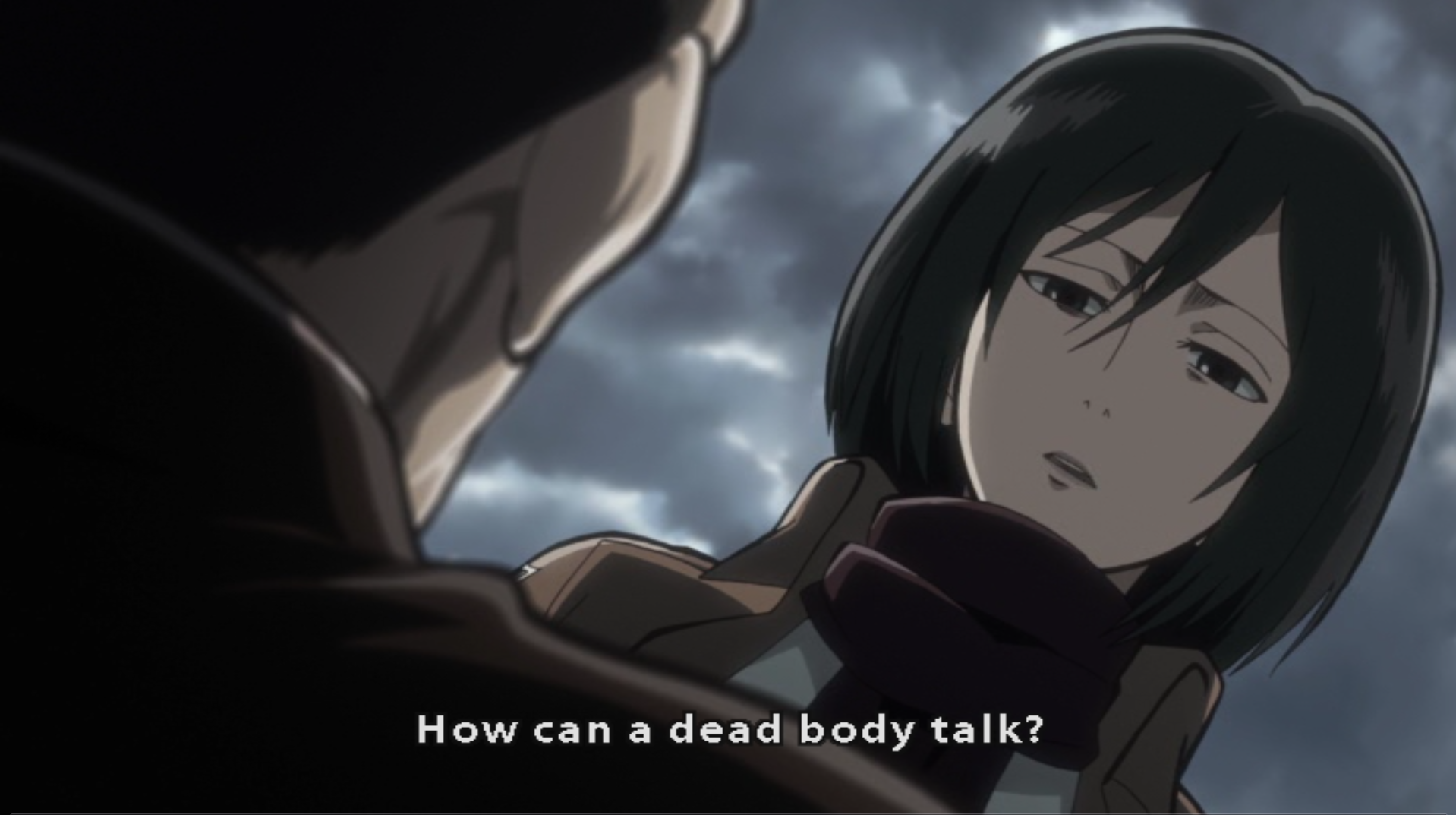 But there's far more to Mikasa than meets the eye. If you've read my previous article discussing this strong woman, you know she has her vulnerabilities, too.

But how can this tough-as-nails, peerless fighter be so weak and vulnerable emotionally? And surely one personality typing system couldn't contain such a mess of contradictions.

It's time to put the Enneagram back to the test.

For those of you who missed the first Type Casting post, the Enneagram is a personality typing system that categorizes people based on their core drive and greatest fear. And while it's a bit harder to type Mikasa, as we haven't seen much of her outside of an emotionally-traumatized state, it's far from impossible. Let's take a look. 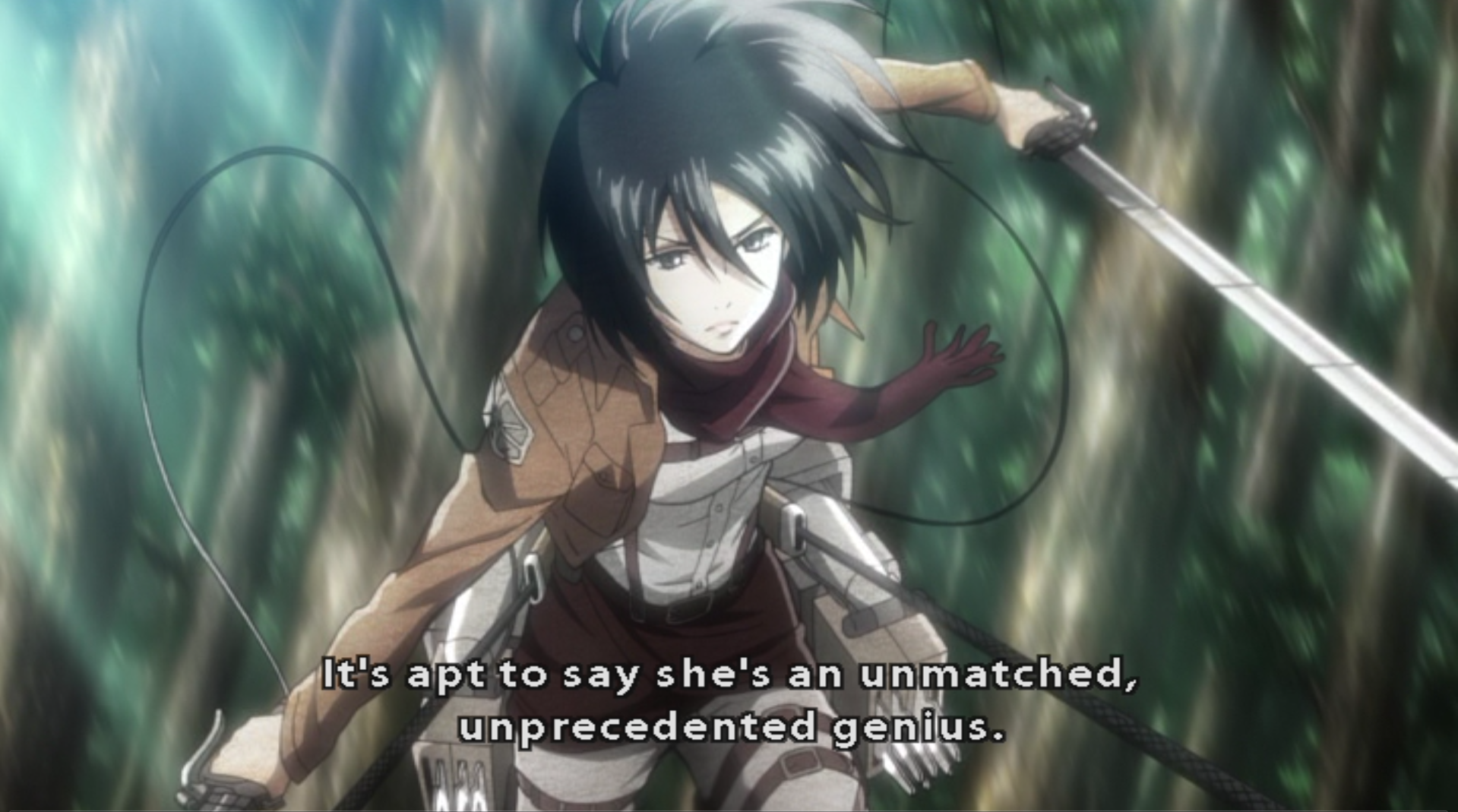 The committed, security-oriented type... [They are] reliable, hard-working, responsible, and trustworthy. Excellent “troubleshooters,” they foresee problems... but can also become defensive, evasive, and anxious—running on stress... They can be cautious... but also reactive, defiant and rebellious. They typically have problems with... suspicion.2


If this sounds familiar, you've probably watched Attack on Titan already, because it fits Mikasa to a T. This is the description of a Type Six personality, also known as “The Loyalist.”3

There are few people as committed as Mikasa. She is consumed with keeping her friend Eren safe; he is her number-one priority. This loyalty is Mikasa's driving force and a key aspect of a Type Six “Loyalist.”4 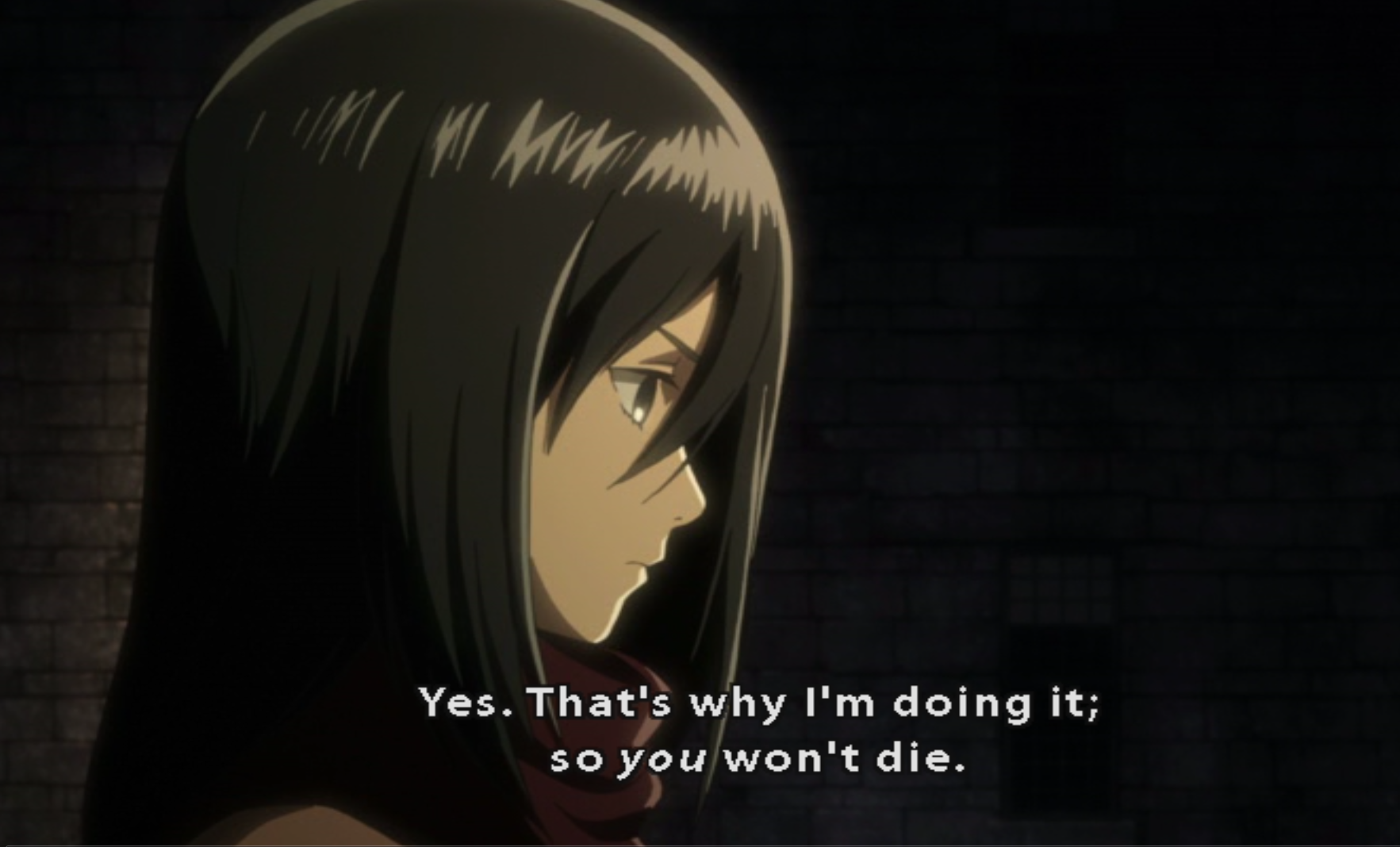 Loyalty isn't a trait exclusive to Sixes, but the reason for Sixes' loyalty is certainly unique.

Sixes are inherently attuned to the dangers and uncertainties of life. They are driven by the need to be prepared for the world's perils. But this leads to a Six's deepest fear: they believe they are insufficient to keep themselves safe and secure.5

And this is where a Six's loyalty comes into play. If they can't keep themselves safe in an uncertain world, they're going to seek someone or something that can. This “anchor” can be anything from a trusted friend to a strongly-held belief or philosophy.6 And once they find their anchor, Sixes will hold onto it for dear life.7

Mikasa finds her anchor early in life: Eren, who rescues her when she's at her most helpless moment. In that instant, Eren becomes her rock, the center of her world. 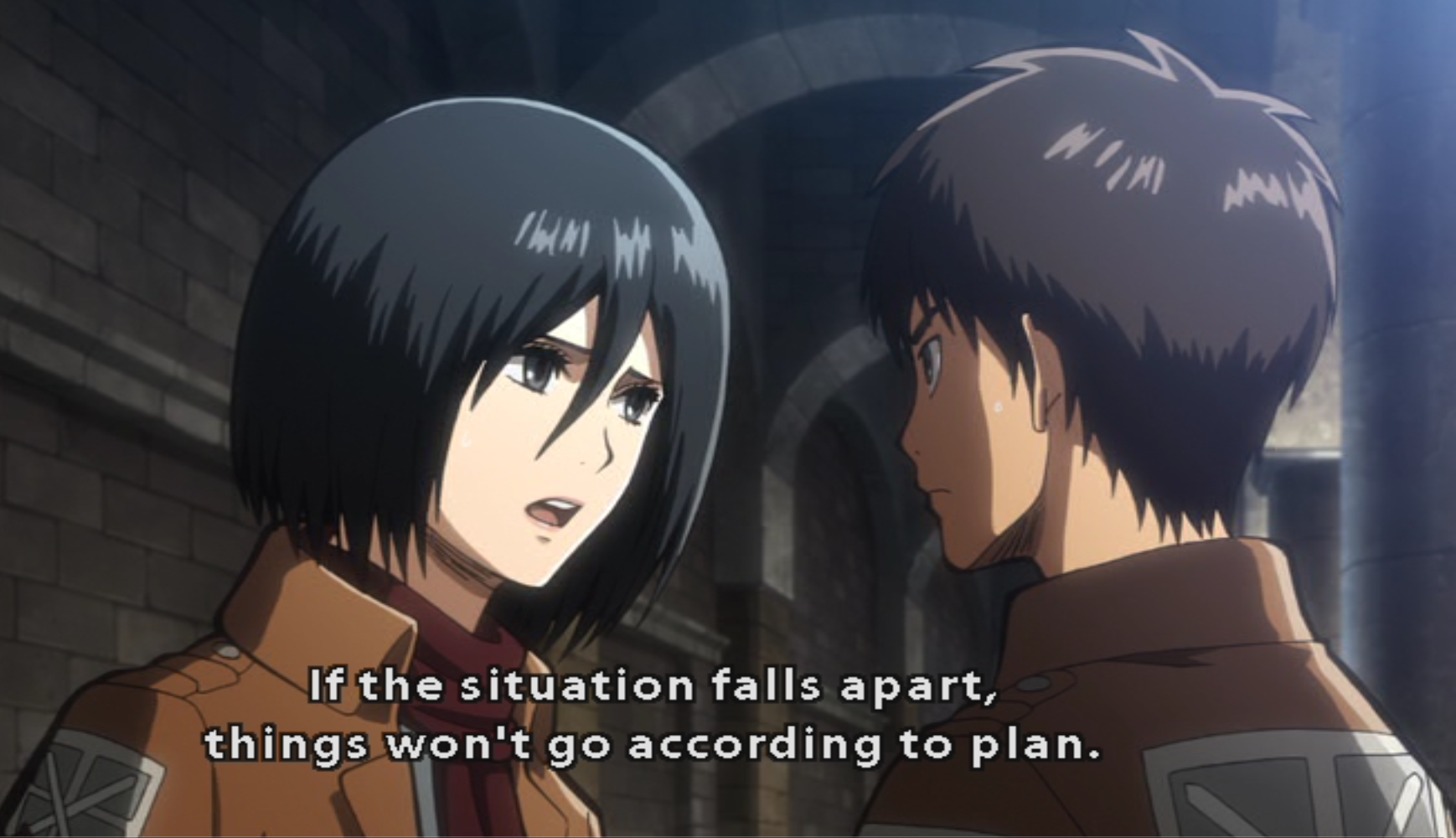 Mikasa's reliance on Eren draws out her caution and anxiety. Her entire life revolves around the fear that something will happen to Eren. This spurs her to become a powerful fighter so she can properly protect him.

Mikasa's natural mistrust and anxiety make her an “[e]xcellent 'troubleshooter...'” who can easily “foresee problems” because she's constantly on the lookout for ways to keep herself and her anchor safe. 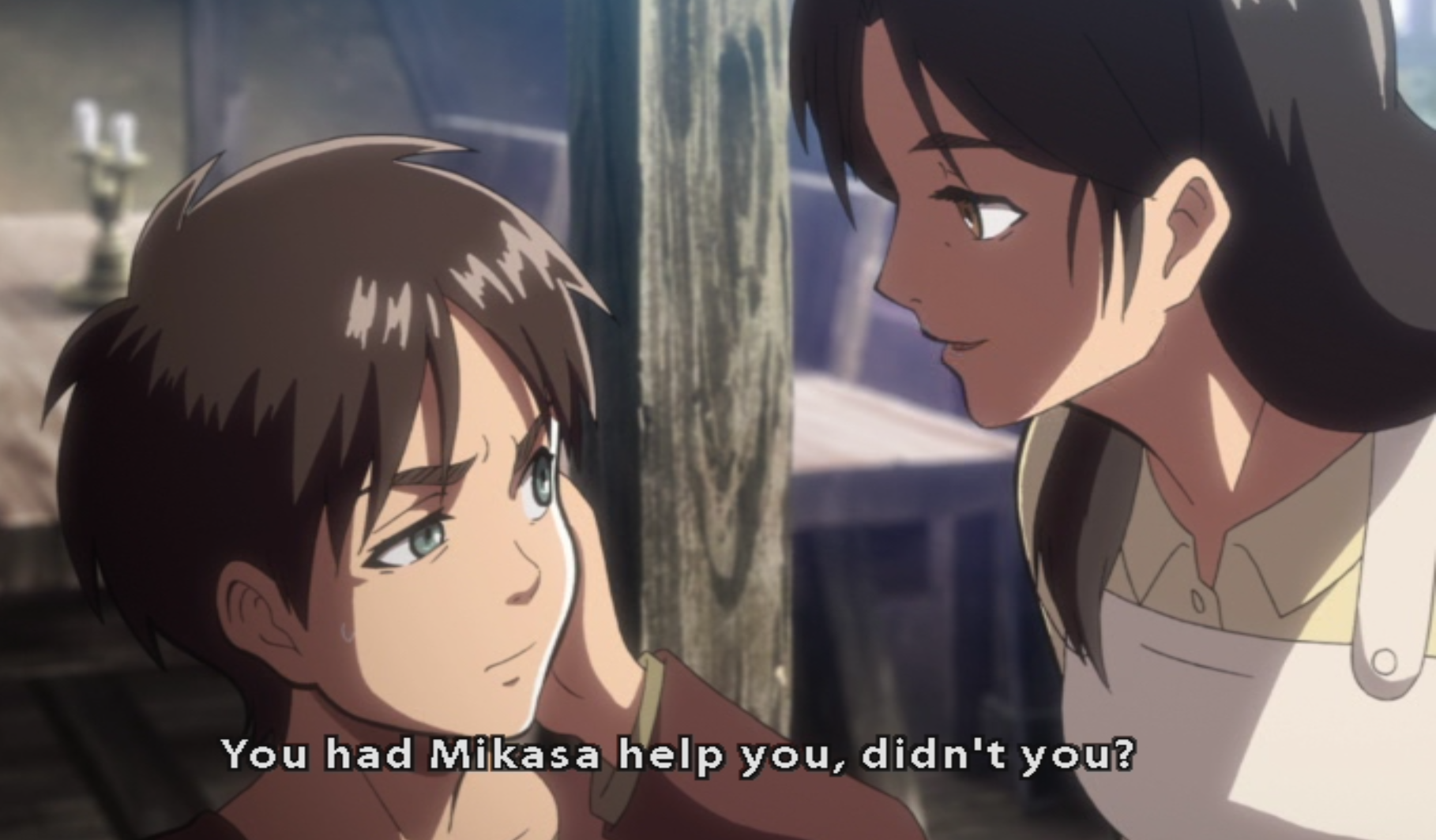 This also explains why Sixes like Mikasa are such responsible and trustworthy individuals. Mikasa is so responsible, in fact, that Eren's mother relies on Mikasa to help keep Eren in line.

But Mikasa's tendency to put Eren's security above all else inevitably takes its toll. When she's told Eren is dead, her responsible quality disappears as stress takes over. Evasion becomes the word of the day as she recklessly tries to outrun her overpowering emotions. 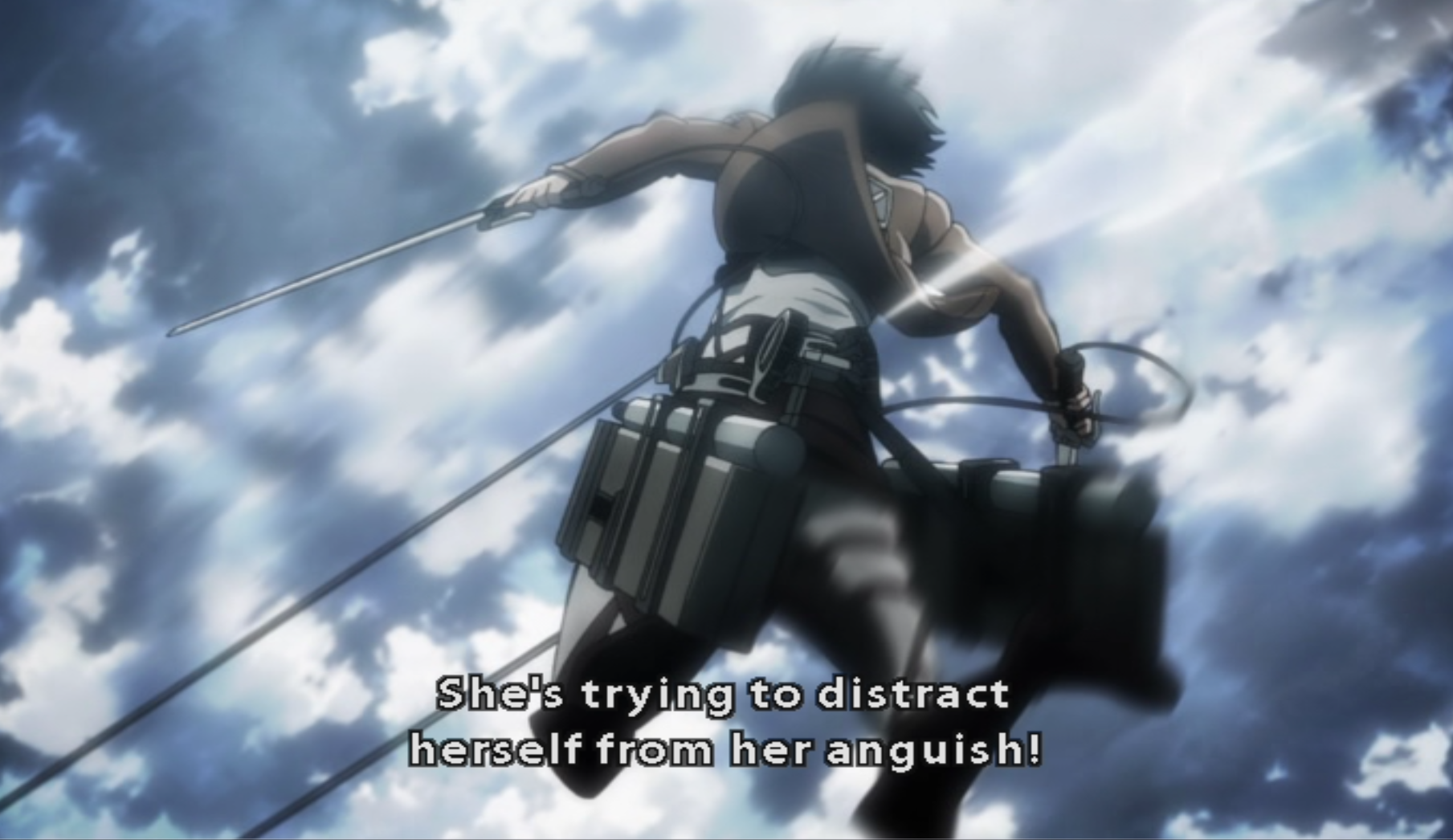 Even a cautious Six like Mikasa can act in seemingly out-of-character ways. When her anchor is threatened, Mikasa can be downright defiant, bucking authority if it means keeping Eren safe. To her, authority is something to be questioned rather than blindly obeyed, especially when that very authority threatens Eren's well-being. 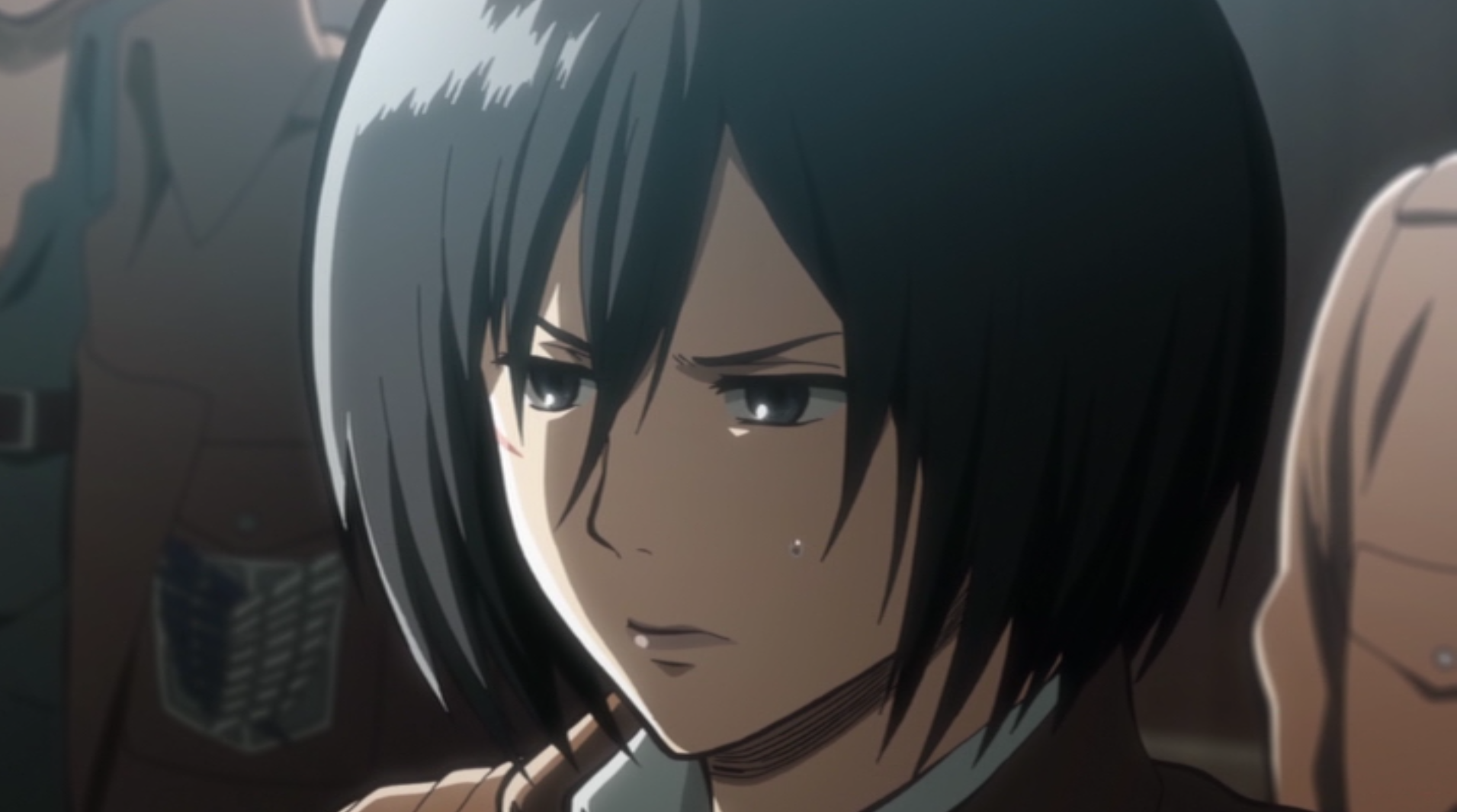 But the greatest “contradiction,” and Mikasa's most painful irony, is that while she stands among the most formidable fighters, she is also one of the most vulnerable characters. Because while Eren provides Mikasa with the comfort and strength she needs to make it through life, he is also her greatest weakness. 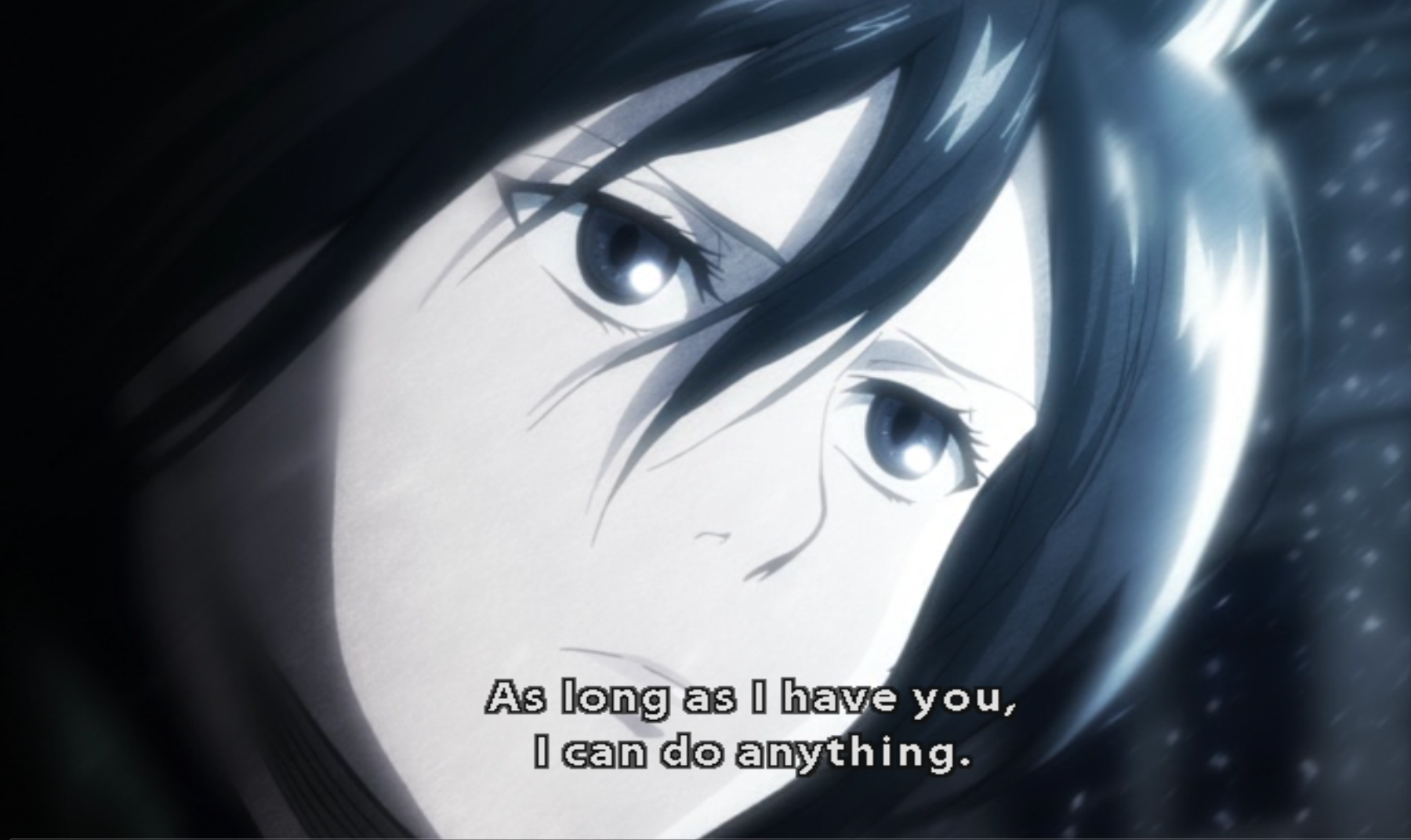 Mikasa is terrified she'll lose Eren; without him, she feels she can't survive. And when Eren is taken from her, Mikasa loses her anchor as well as her will to live. 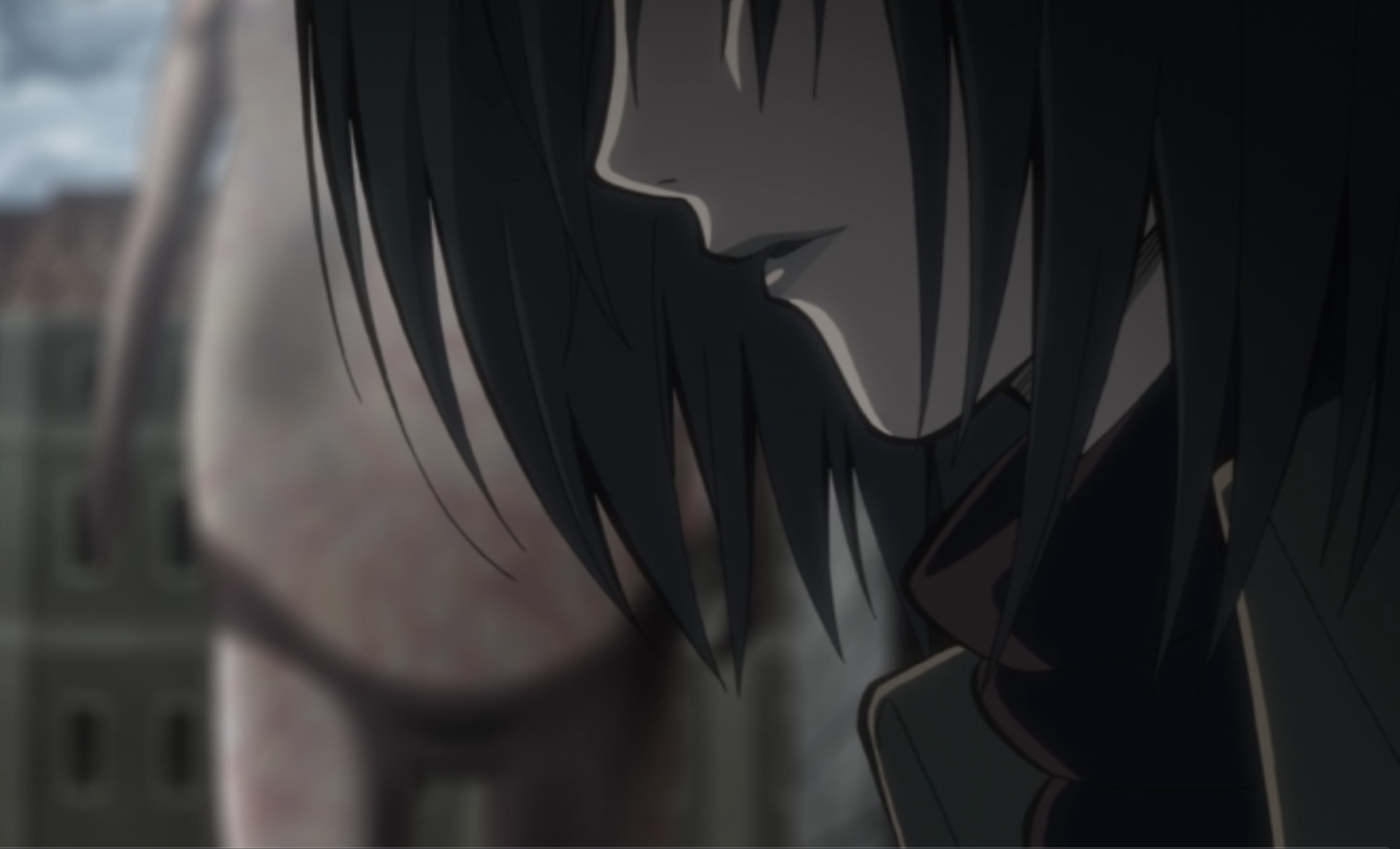 But this also forces her to reevaluate what's driving her. And it enables her to discover a strength that she never knew she possessed. 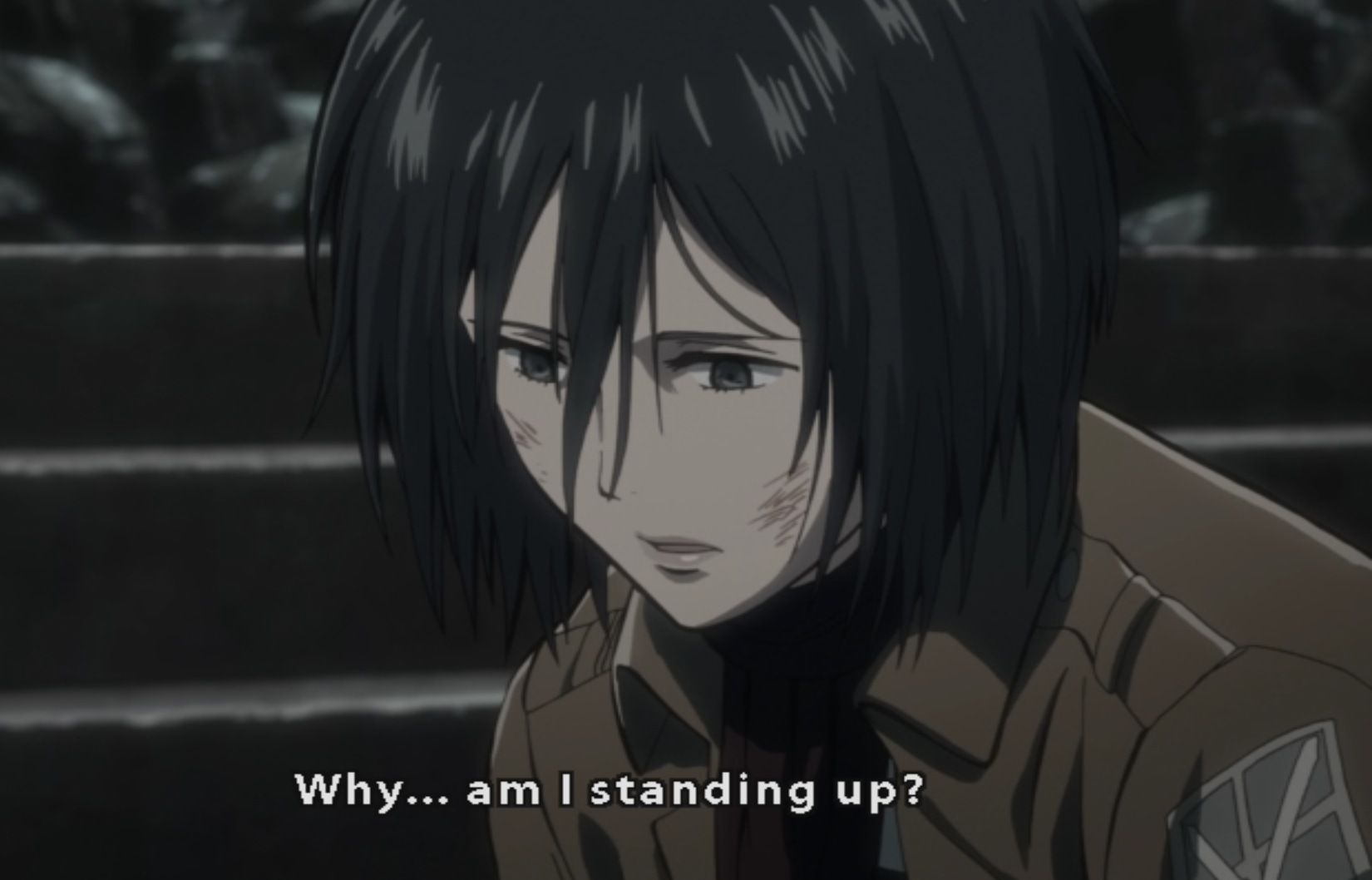 Mikasa portrays not only a Six's personality, but also how a Six grows. Because while it may seem that Sixes need to cast others aside and solely rely on themselves, this is false. Sixes grow through introspection, not to find some mythic superhuman strength within, but to develop their personal strengths and identify their weaknesses. In this way, when things happen that a Six can't handle—because there are always things in life we humans can't handle—the Six has the wisdom to rely on others in a healthy, interdependent way rather than clinging to others with a fearful 24/7 death-grip.

Mikasa isn't a god who can handle everything on her own. She has no problems admitting that she needs others at times. For instance, when she, Eren, and their best friend Armin are backed into a corner, Mikasa is among the first to acknowledge that only Armin can figure a way out. 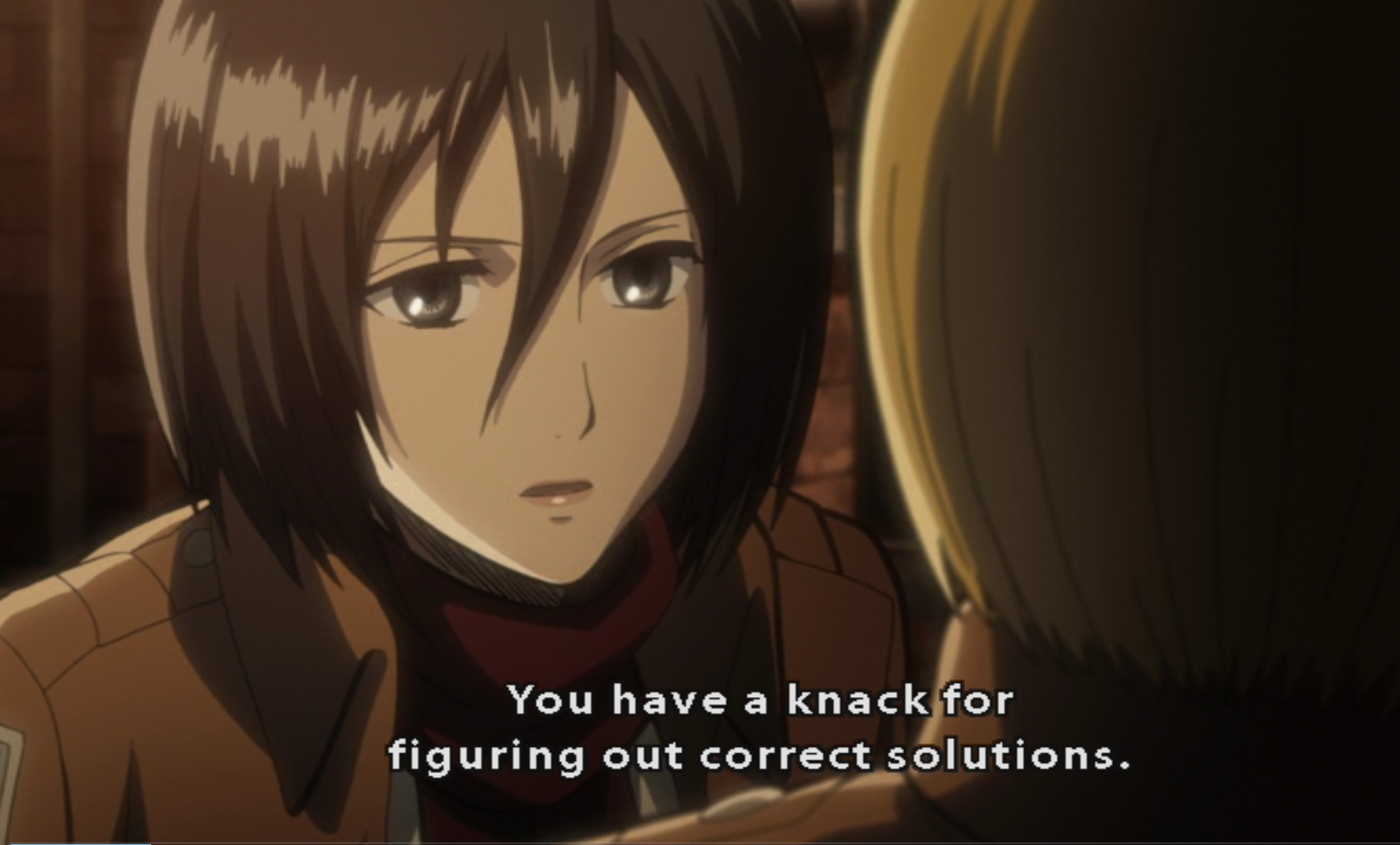 She knows she needs others because she's experienced how quickly life can overwhelm her. 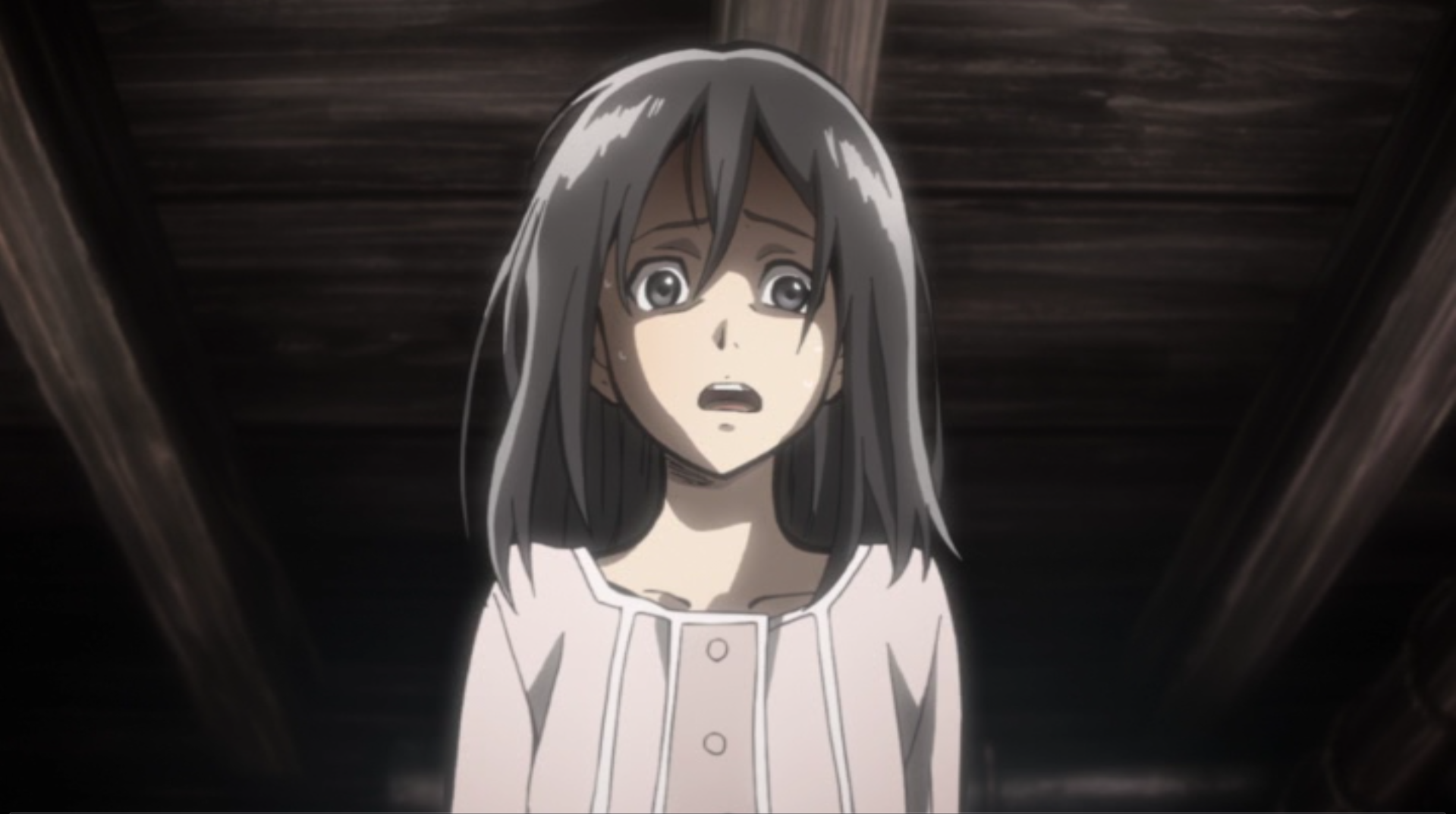 After all, this is what drew her to Eren in the first place. Not only did he save her; he inspired her to save herself. 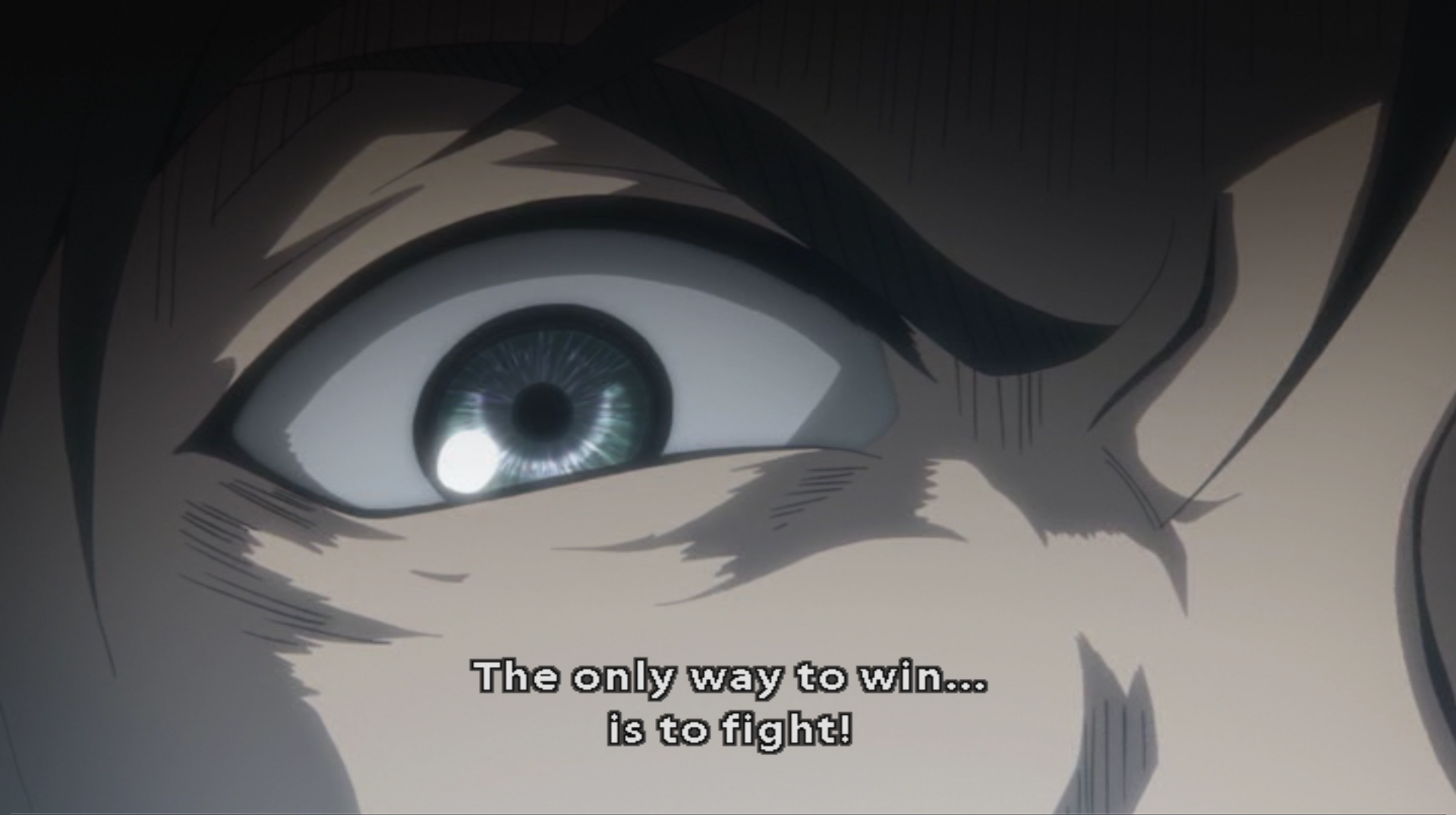 It's ironic then how Eren operates both as her crutch and her savior: she over-relies on him, but that very over-dependence eventually teaches Mikasa to balance needing others and trusting herself.

Relying on Eren as a child grants Mikasa a safety net to view the world. And while she has relied on him too much (placing him as her sole security and reason for living), putting her security in him enabled her to cultivate her own confidence.

We can see Mikasa's growth most clearly when we examine how and why she pulls away from the brink of despair after learning of Eren's death.

In times past, when Mikasa suffered loss, she would simply curl into her shell, becoming hardened—almost inhuman—in order to cope. 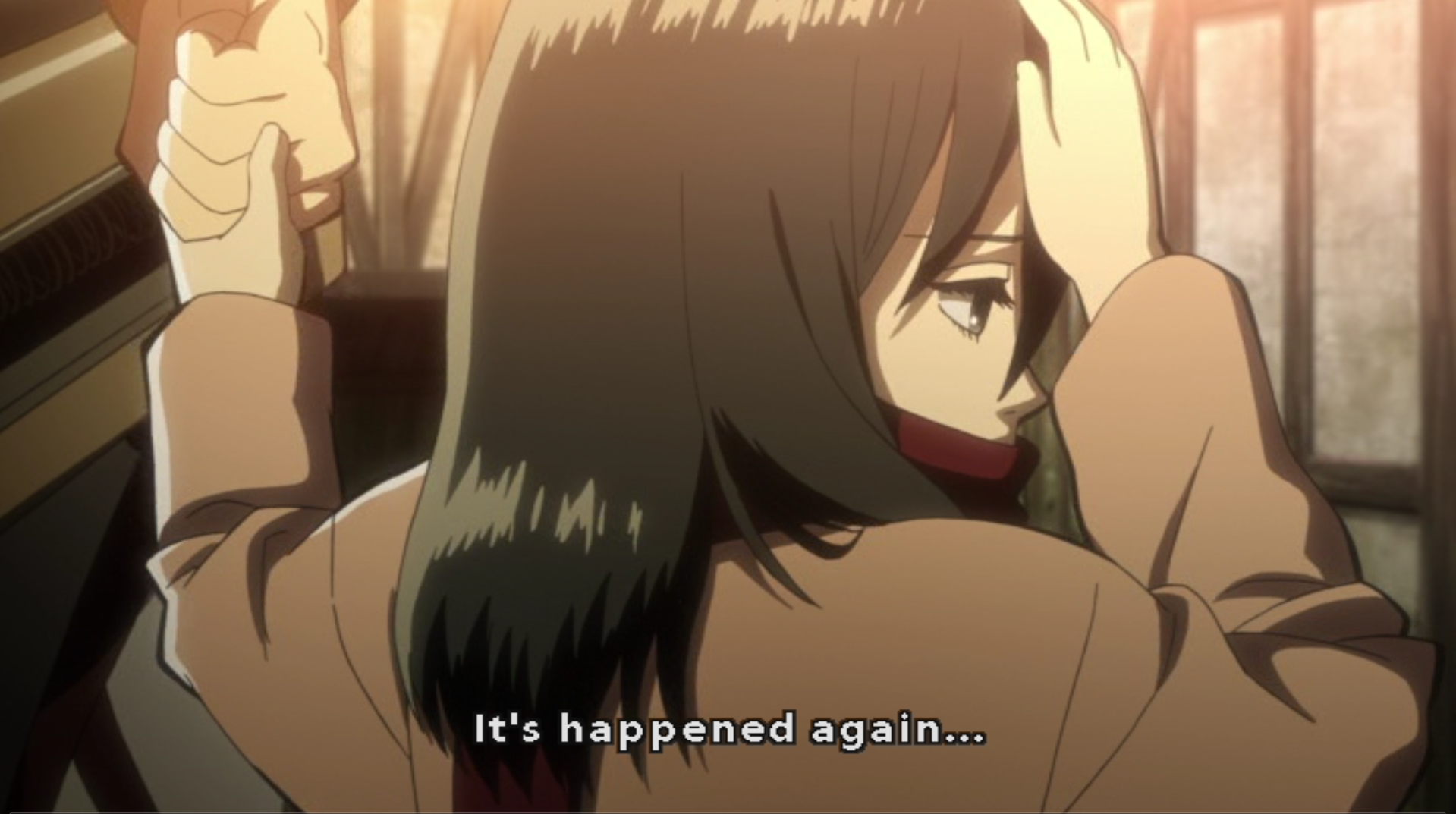 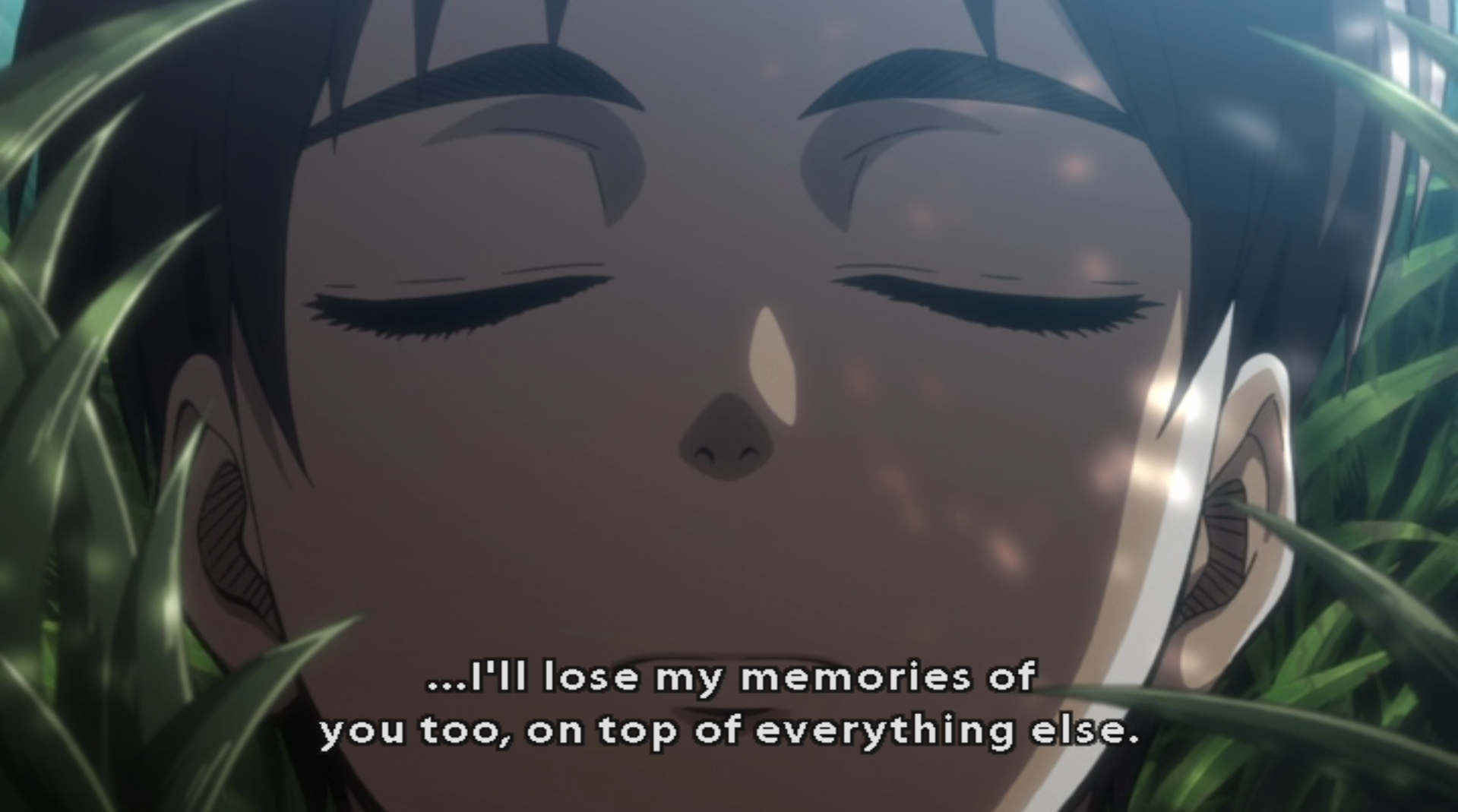 But she's learned from her time relying on Eren's security. Mikasa has grown to the point where she can face the pain rather than walling herself off. And in feeling her loss rather than shielding herself from it, Mikasa finds the strength to move forward even without the anchor she once clung to.

Even with all her skill and physical strength, Mikasa knows that true strength lies in interdependence: relying on oneself while also relying on others.

Mikasa doesn't just find some inner strength and throws away all ties to others. She's found a healthier way to relate to people. So when the time comes that she discovers Eren is actually still alive, she's overjoyed... and will continue to defend him to her last breath—not because she thinks she can't live without him, but because she chooses not to live without him. 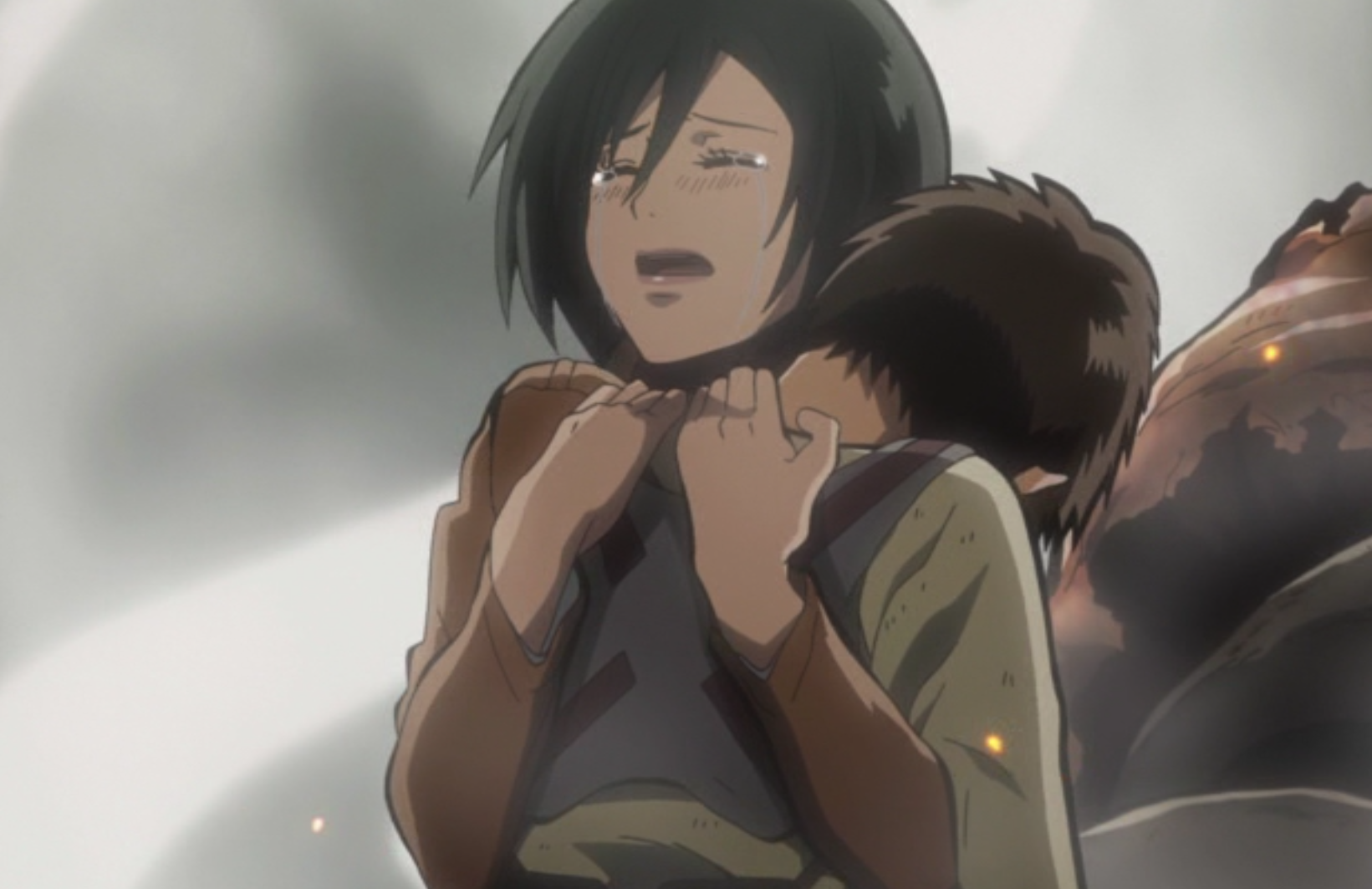 Sixes can be one of the most confusing and difficult personalities to understand. They seem so full of contradictions that their true selves are often well-hidden, even sometimes from themselves. 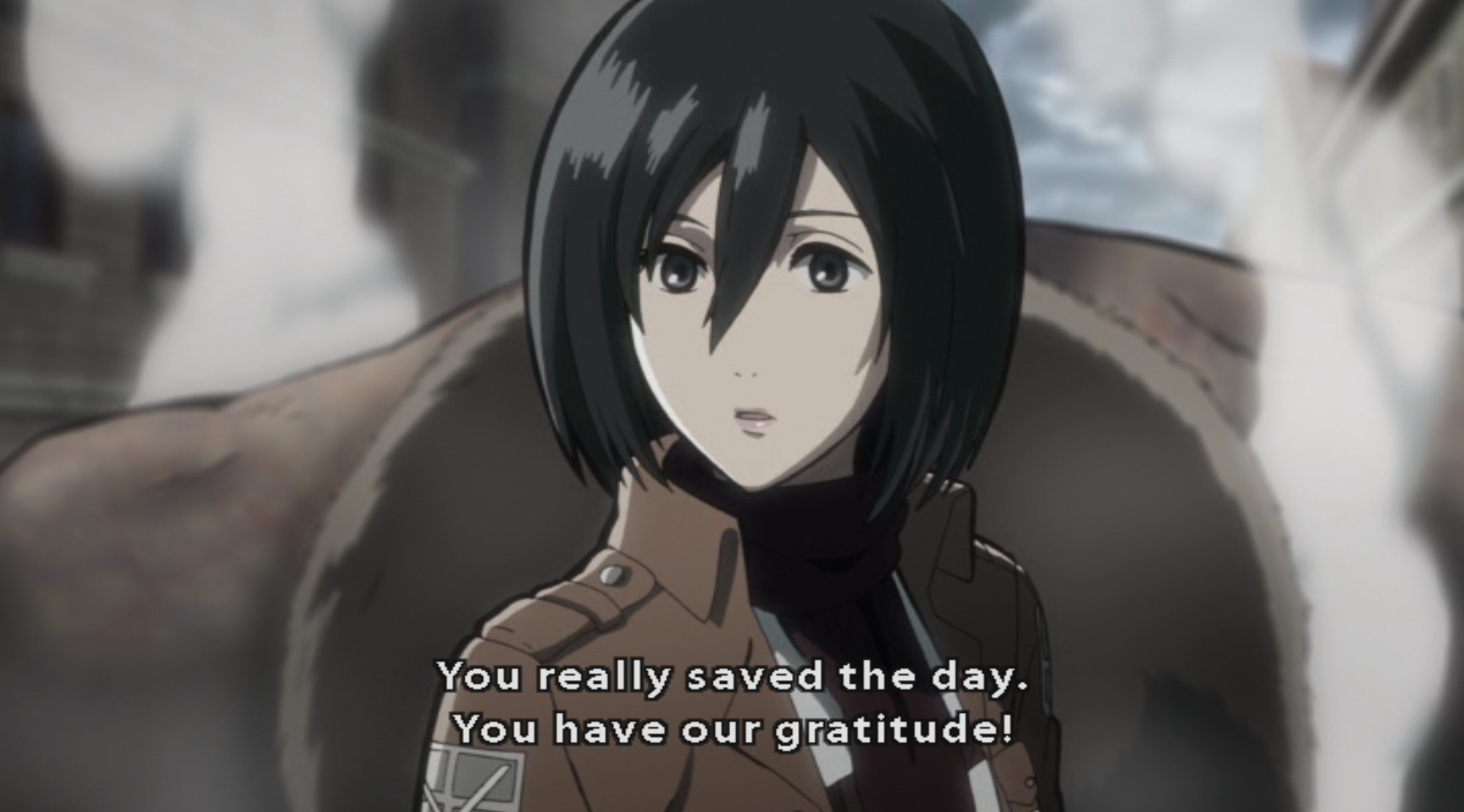 But Sixes have so much to offer the world. Because although they feel exposed to a dark, dangerous, cruel world... Sixes have the potential to become “serene and courageous in any circumstance.”8 A healthy Six is someone who can and will protect others no matter what the cost, not because they feel they must to ensure their own survival, but because they have fought their whole lives to find an inner peace, a strength that makes them brave.9 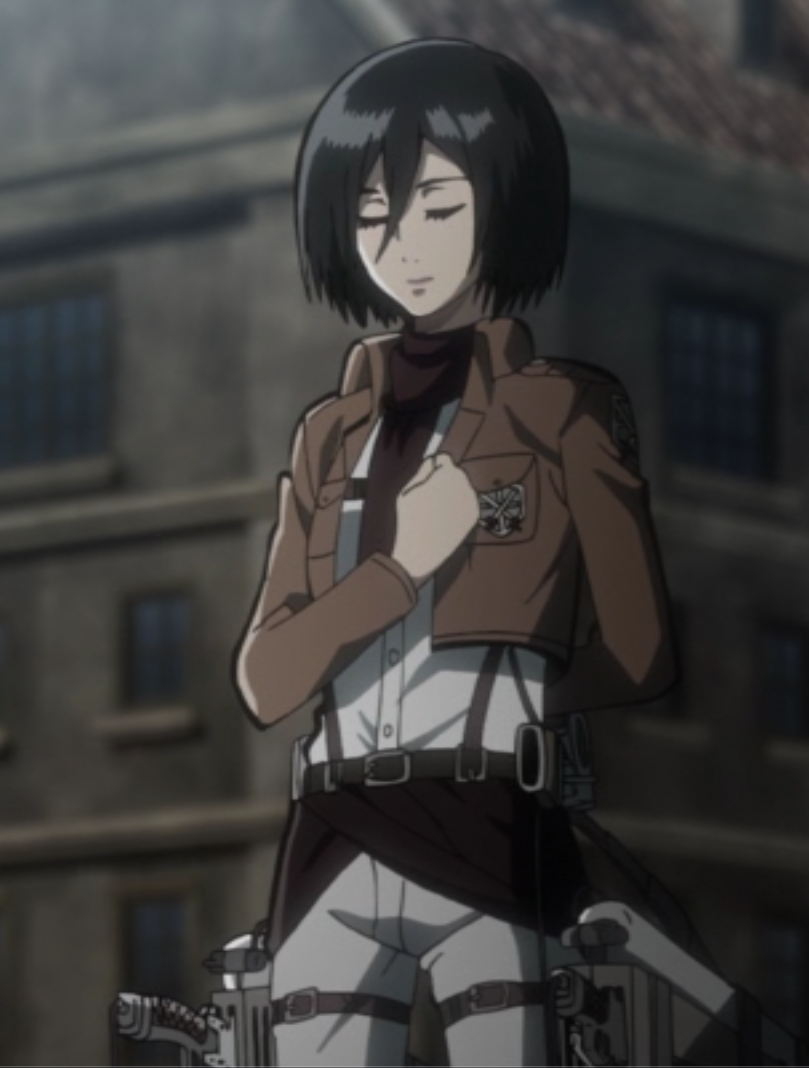 ---
Notes and References:
All photos are the property of Funimation 2013. Used under US “Fair Use” laws.

Attack on Titan and all related terms are the property of Funimation. And I am not affiliated with them.