Sometimes fictional characters feel just as real as the people you interact with daily. One thing that really makes a character stand out is a fully-fleshed, well-developed personality.

In fact, some characters are so well-written that they seem life-like. But how well do good writers craft these characters? How would these "realistic" characters stand up to real-life personality typing?


The remainder of this post will contain spoilers for 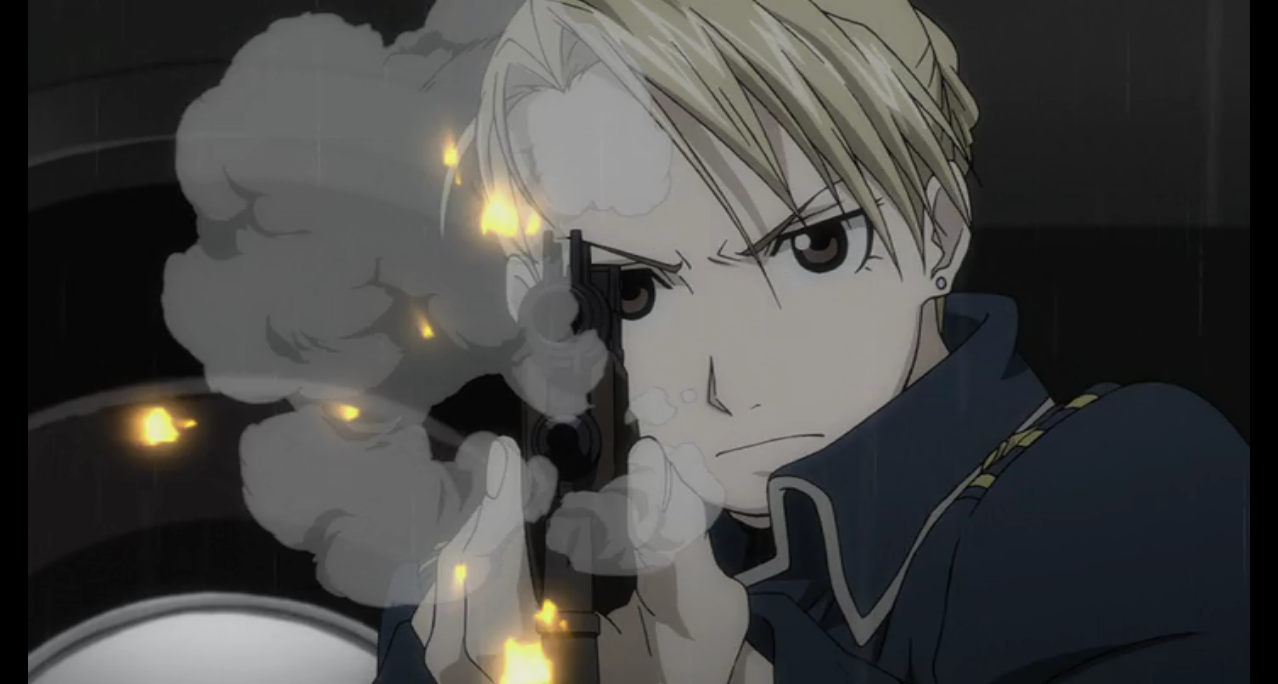 The "better half" of Colonel Roy Mustang, Riza is every bit as calculating and thoughtful as the colonel. Even in situations where the colonel may be tempted to lose his head, Riza's there to draw him back from the brink. They're a power couple built on familiarity and mutual trust. 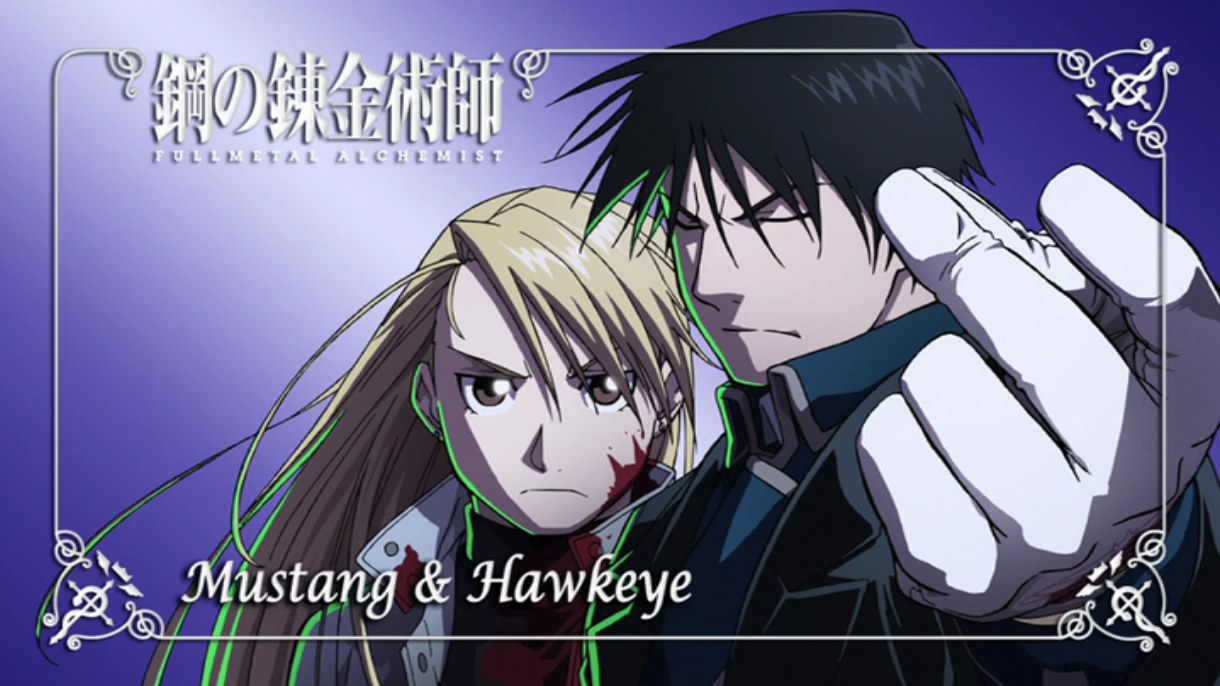 So what exactly makes this Lieutenant tick? We're going to find out using the Enneagram, a personality typing system based on "core" drives and principal fears.

By Enneagram standards, Riza is a One, also known as "The Reformer." The Enneagram sums up this type with a few key words including "principled," "self-controlled," and "perfectionistic."1

Enneagram Ones are renowned for pursuing what they deem is "the right thing to do." They are often controlled by their powerful sense of ethics and justice. However, this leads to their greatest weaknesses: fear of making the wrong decisions and fear of falling to their baser instincts.2

On the surface, this may not seem much like our straight-faced Lieutenant, but let's look a little deeper.

Ones are all about serving a higher cause: many Ones are philanthropists or revolutionaries. Enneagram Institute lists Gandhi or Joan of Arc as classic Ones; they are people who see a need and struggle for a cause.3

Riza's personal "cause" is to keep Colonel Mustang safe, even from himself. This is her main goal and number-one drive. Her loyalty is so secure, she's even willing to fulfill his wishes and end his life before he can go down a path of no return. 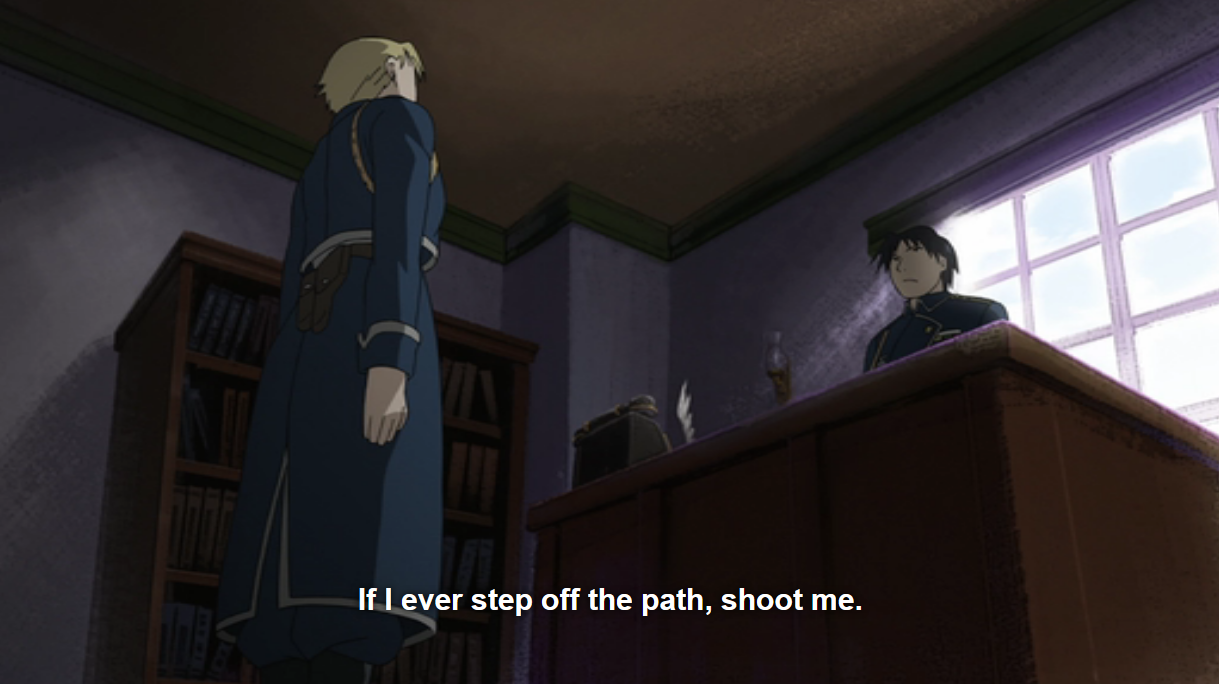 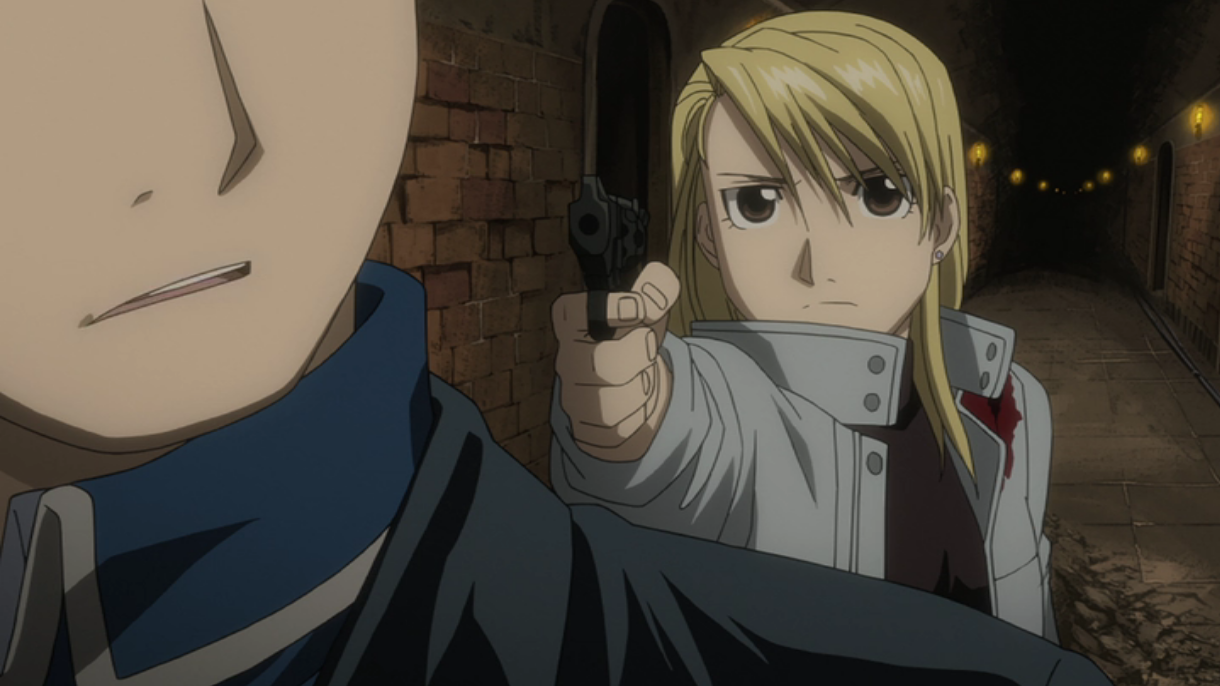 The only thing Riza cares about almost as much as Mustang is her sense of morality. We see this priority most clearly when a fellow soldier, Kimblee, confronts her during the Ishvalan War. Riza is horrified when Kimblee suggests she enjoys killing as a sniper. YouTube video essayist Aleczandxr points out that despite how mortified Riza seems, there's an implication Kimblee may be right; Riza may find some satisfaction in "doing a good job" killing people.4

This destroys Riza; she becomes so guilt-ridden she begs Mustang to burn an alchemical tattoo on her back so no one else can use its Flame Alchemy to hurt people again.

Why such an extreme reaction? Riza is terrified she may have contradicted her sense of morality. Has she fallen prey to bloodlust, to the senseless murdering of innocents? In the end, the only thing that helps her move forward is recentering on the reason she went to war in the first place: to follow Mustang, to protect him.

This is textbook One behavior. As Don Richard Riso and Russ Hudson put it in their book The Wisdom of the Enneagram:


[T]hey... feel that they have to justify their actions to themselves... This orientation causes Ones to spend a lot of time thinking about the consequences of their actions, as well as about how to keep from acting contrary to their convictions... Ones are actually activists who are searching for an acceptable rationale for what they feel they must do.5 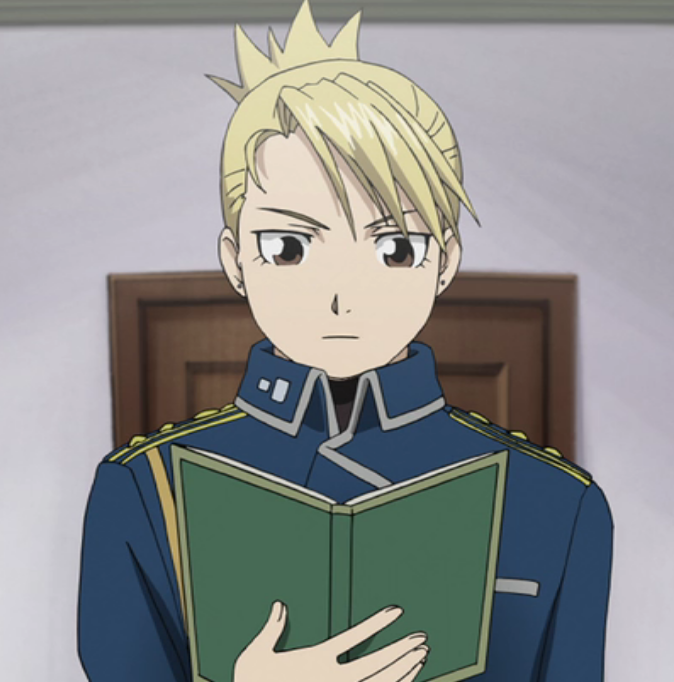 But there are other parallels between Enneagram Ones and Riza Hawkeye, as well.

Ones are often incredibly organized and almost perfectionistic in their efficiency. They're "people of practical action--they wish to be useful in the best sense of the word..."6

This description fits Riza to a T. She's constantly making herself useful, helping Mustang however she can.

But this very drive to be "useful" leads to Ones' greatest struggle: their potentially crippling perfectionism. Ones can be incredibly harsh toward perceived imperfections or inconsistencies in productivity: either in others or themselves.7 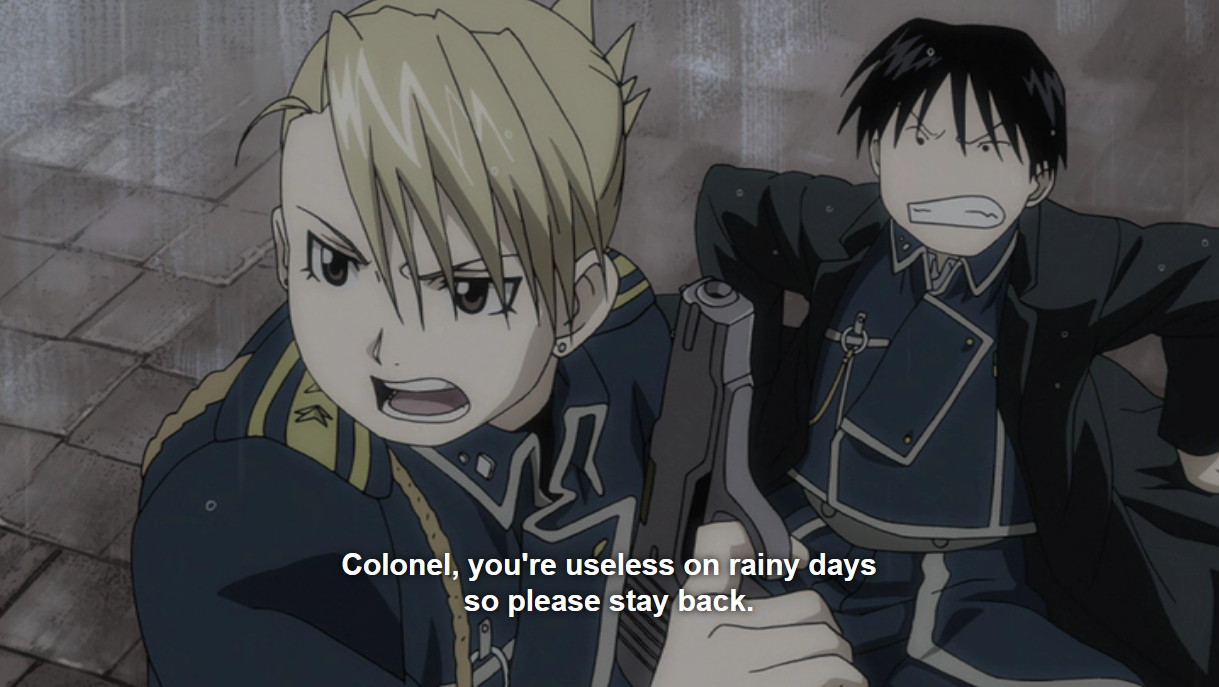 Much like how Riza disdainfully comments that Mustang is "useless" in the rain.

Ones also struggle to connect with their inner feelings, since they consider themselves highly logical, methodical, "head-people." This leaves many Ones unprepared for handling their emotions in a healthy way.8 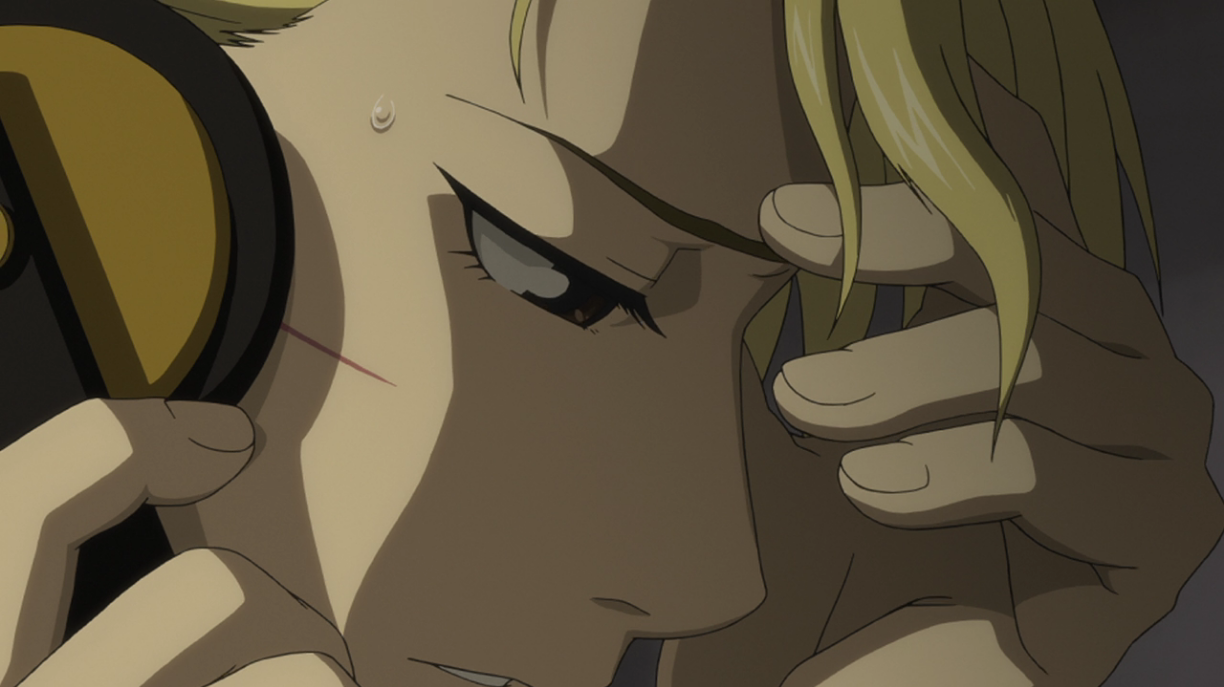 Perhaps this is why Riza has a difficult time expressing her feelings for Mustang. 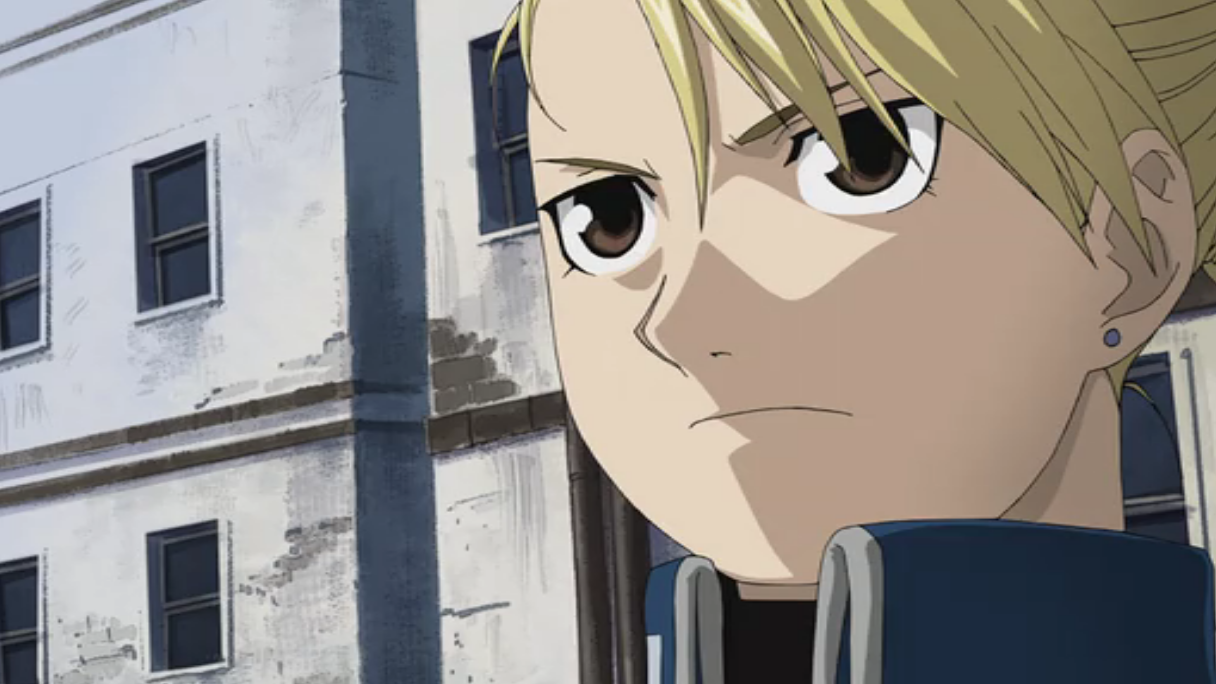 It may come as quite a shock when the normally "highly self- controlled [sic], even rigid"9 Ones suddenly become moody and irrational"10 when under duress. But the fact is that Ones have just as powerful emotions as any other personality type; in fact, to a One, "[i]t seems to them that they are sitting on a cauldron of passions and desires, and they had better 'keep the lid on' lest they and everyone else around them regret it."11

Much like what happens when Riza believes the Colonel is dead. 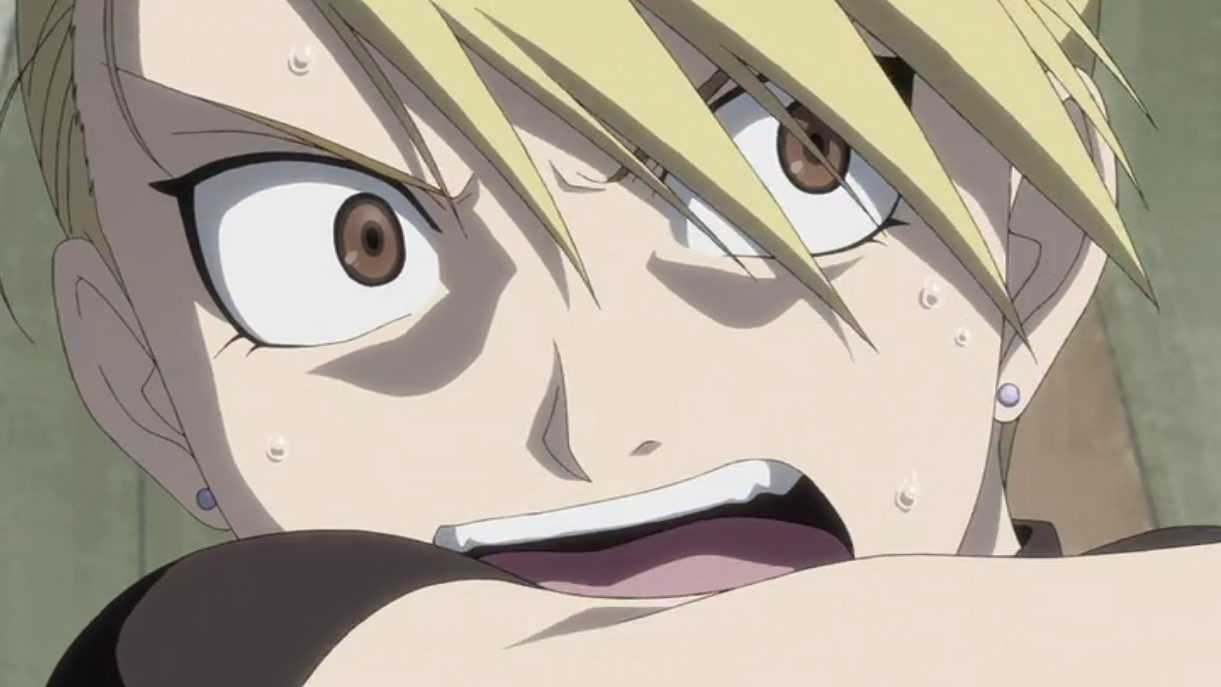 Despite all these struggles, if Ones learn to accept their flaws and acknowledge their feelings, they can become truly powerful, inspiring people: 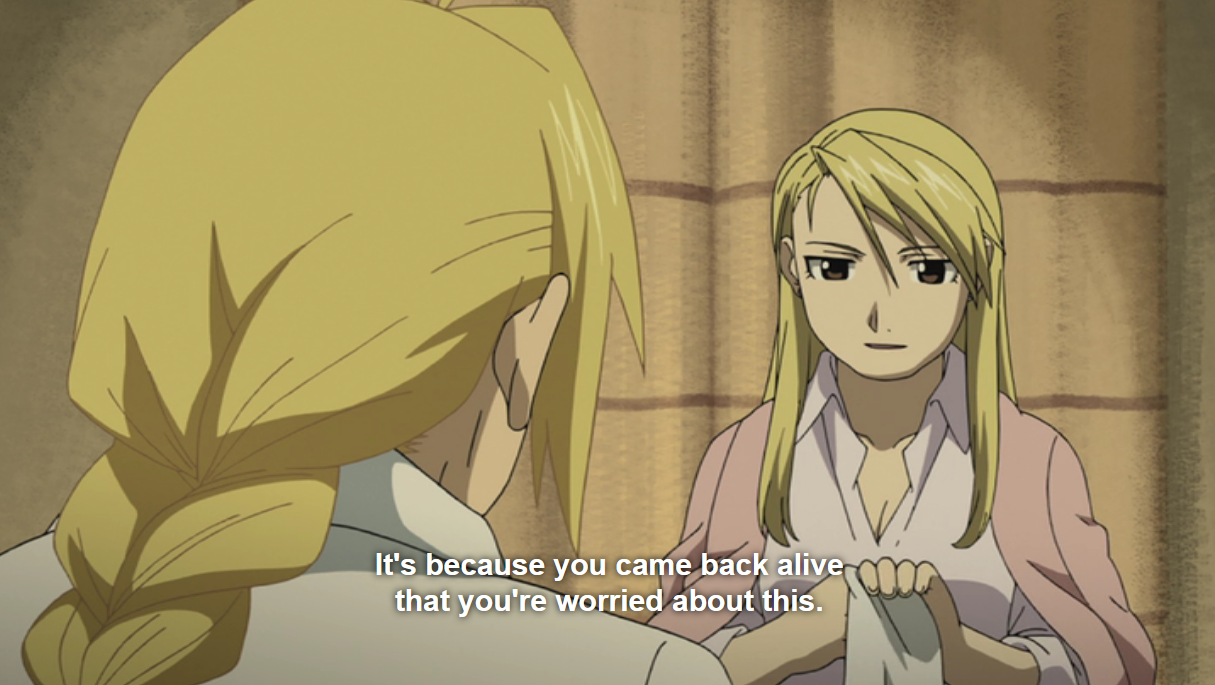 "[E]xtraordinarily wise and discerning. By accepting what is, they... [know] the best action to take in each moment. Humane, inspiring, and hopeful: the truth will be heard...

"Conscientious with strong personal convictions: they have an intense sense of right and wrong, personal religious and moral values. [They] wish to be rational, reasonable, self-disciplined, mature, [and] moderate in all things."12 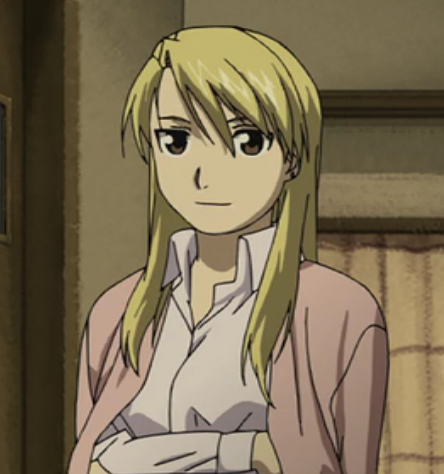 ---
Notes and References:
All photos are screenshots taken off Netflix and are the property of Aniplex of America 2009-2010. Used under US "Fair Use" laws.

Riza Hawkeye, Colonel Mustang, Fullmetal Alchemist: Brotherhood and all related terms are the property of Aniplex of America. And I am not affiliated with them.