To First Excerpt ("A New Master")

Back by request, here's a little more of Cailen and Teek's adventures. In case you missed the excerpt from the Star Wars-based roleplay my friend Kaze and I did, here's a link.

Once again, I played Cailen Ukiir, a sarcastic and self-conscious Jedi-in-Training; while Kaze created and wrote the rest of the cast, including Cailen's master, Teek, a Force-sensitive Jawa.

Warning: Contains some language not appropriate for little eyes. 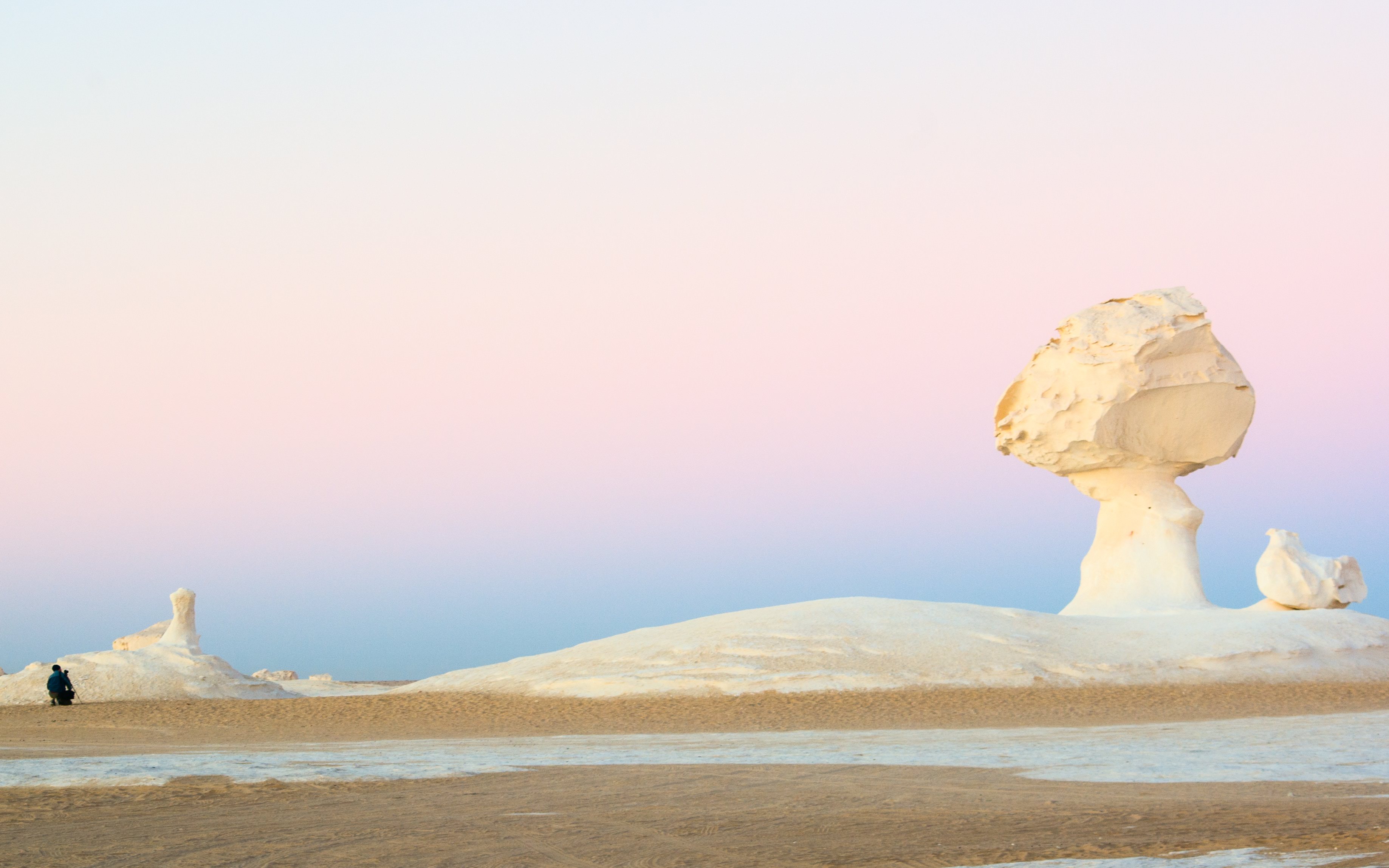 [After arriving on the desert planet of Tatooine, Cailen Ukiir must make use of the skills he's learned from his Jawa master, Teek. A merchant in the town of Anchorhead offers the parched young Jedi-in-Training drinking water in exchange for taking care of the extortionists who have been harassing local traders.]

Cailen swallowed the lump in his throat--which hurt. He desperately needed that water.

He cast about, looking around for anyone that seemed thuggish in hopes of locating the extortionists quickly.

When he made it to the other side of Anchorhead, he felt the heat taking its toll on him. This was going to be a long, long mission.

The stall vendors were away from their wares, forming a line in front of armed aliens. The merchants were holding sacks in their hands. Probably money to pay for "protection."

"There, there!" Teek said, hopping off of Cailen's back. "Good luck! May the Force be with you!"

Cailen dragged himself over toward the head of the line.

"Keep the credits coming, hehe," one of the aliens said.

"Heat's terrible, but this is an easy job," another said.

"Hey, look at this," the last one said, pointing at Cailen.

"Haven't seen you around here before. Move along, if you know what's good for ya," the leader said, the one taking the credits.

Cailen took a deep breath, facing the leader. All right. You've seen this done before. Just... focus on their energy. Focus on their minds... and clear your own...

"You don't want to collect the credits today," he murmured in his monotone "focusing" voice.

Cailen focused a little harder. "You want to collect tomorrow instead."

"Are you freaking serious, guy?" the leader says. "You're like 12 pounds. You seriously think you can intimidate us like that? Boys, I think this Miraluka needs some... reconditioning. Take him around to the alley and have a little talk."

"Youuuu... would rather not beat me up in an alley?"

He didn't think it was working.

"Alright, kid, shut up. Let's have a little talk while the boss works," one of them says, reaching for Cailen's arm.

Cailen shoved out his hand, Force-Pushing the thug who was grabbing at him.

"Wha- AHHHH!" the thug screamed as he was pushed into a stall, breaking it.

"Jedi!" the leader yelled. "We got a Jedi! Blasters out, blasters out!"

Two more aliens appeared. Each of them had blaster rifles out. The vendors panicked and began scrambling for cover.

REMAIN CALM?! Cailen shot back. I couldn't even deflect training droids' blaster-fire ten minutes ago! WHERE ARE YOU?!

Cailen did, however, have the presence of mind to actually take out his lightsaber and activate it.

"Shhhh...there is no Emotion, only Peace. There is no Chaos, there is Harmony. You wanted to learn lightsaber forms, right? Well, now is a great time to learn it. Take a deep breath and assume the Soresu stance that I showed you. Try to reason with them if you can, but remain in that stance."

Cailen didn't have much time to argue. He adjusted his body to the Soresu stance (as well as he could remember it). "I'm n-not looking for a fight..." he began, but he was hardly even convincing himself of standing down.


"You try to burrow into my head with your Force magic crap and you tell me you don't want to fight!? You're on the wrong side of the galaxy, Jedi. Now, if you don't want to die, you should drop the lightsaber and everything you have."

Well, that's not an option. Cailen tightened his grip on the lightsaber. "You should leave these people alone," he warned, his voice dropping a little lower and surprising even himself.

Calm... Focus... He took a deep breath through his nose. The air was hot and very, very dry.

"We have five blasters and there's just one of you. I think we'll be fine. Last chance, Jedi: drop everything and walk away."

"Good, you are calm. Soresu is about tight motion and expending little energy. Stay where you are. Keep calm and trust yourself to the Force. Let it guide your reflexes. Imagine yourself in the eye of a storm. You are the center, calm and undisturbed, while everything else is the damaging storm."

With another deep breath, Cailen could almost feel the Force like a light breeze, flowing around and through him and his attackers. He didn't even hear the thug's ultimatum.

"Trust in the Force! Let it guide your hands!" Teek yelled as the bolts came flying.

Cailen only deflected two of the bolts, but the other three still missed him. These guys seemed to be pretty bad shots.

"Good, but you must get better fast! This form is about protection. Imagine that you have others with you in this eye of the storm. Will you let them get shot? You must protect them! Create an impenetrable shield! Wear out your foe with your relentless defense!"

Cailen grunted as one of the bolts hit him in the leg. Worrying about protecting others was just breaking his concentration!

Cailen deflected the bolts, one after the other, in rapid succession. Maybe the pressure did help. Don't think about it. Just trust in the Force!

"He can't stop all the shots! Unload on him!"

It... almost felt as if Cailen's body was moving on its own now. Certainly faster than he ever had. With the slightest flick of his wrists, blaster bolts bounced back left and right. Not only did they not hit him... they struck each thug's blaster, destroying all of the enemies’ weapons.

"Did...did he just..." the leader said, looking at the charred remains of his blaster. "Oh crap...okay, let's not be hasty now, Jedi! We can...we can talk about this!"

Cailen was still a little in shock, so it took him a second to realize what the leader had said. "Oh! Yes, well, um... I hope you've all learned your lessons! Now, go away!" He shifted the lightsaber to one hand, making a shooing motion with the other.

"Alright, alright! Let's get out of here before he changes his mind!" the leader said, and they all took off.

"Thanks, Jedi," a vendor said. They all began to come out of their hiding spots. "They've been extorting us for three months now, and the Republic troops haven't done a thing about it!"

"Oh... N-no, it was nothing, please don't thank me," Cailen retracted his lightsaber, glancing around sheepishly at the small crowd. "I really didn't do much..."

After each of them shook Cailen's hand, they moved away to go fix up their wares. Consumers began to pour through as well with the thugs gone. Suddenly, Cailen found himself in a full marketplace again.

Master Teek sneaked up behind him and climbed onto Cailen's back. "Good work," he said, holding a hand up to Cailen for a high-five.

Cailen felt like he had to be smiling as brightly as a star. He gladly smacked Master Teek's hand.

And suddenly the heat hit him like a speeder to the head.

"Weeeee should probably return to that merchant and get the water now," Cailen wheezed as he swayed on his feet.