Here's another roleplay excerpt from Kaze and I. This one comes from the world of StarCraft, the work of game giant Blizzard.

This time I played psychic-power-wielding Mercer, a spec op troop with one heck of a chip on his shoulder. Kaze played everyone else.

Hope you enjoy, and remember to have a safe and Happy New Year!

Warning: This one has swears and references to fictional narcotics.

---
[As one of the Dominion’s elite Spectre units, Flanaghan Mercer has done his share of dirty work for the emperor. But shooting Hierarch Artanis and blaming another country for it, all to start a war, isn’t going to be one of them.

Disgusted with the emperor’s lies, Mercer defects and contacts a rebel group known as the Liberty Corps. Surprised and understandably cautious, the Liberty Corps has Mercer meet their recruiter, Andrew York, at the Jim Raynor Museum.

Mercer checks out, and York tells him the new rendezvous point so they can get Mercer off-planet. But just as York leaves the museum, disaster strikes...] 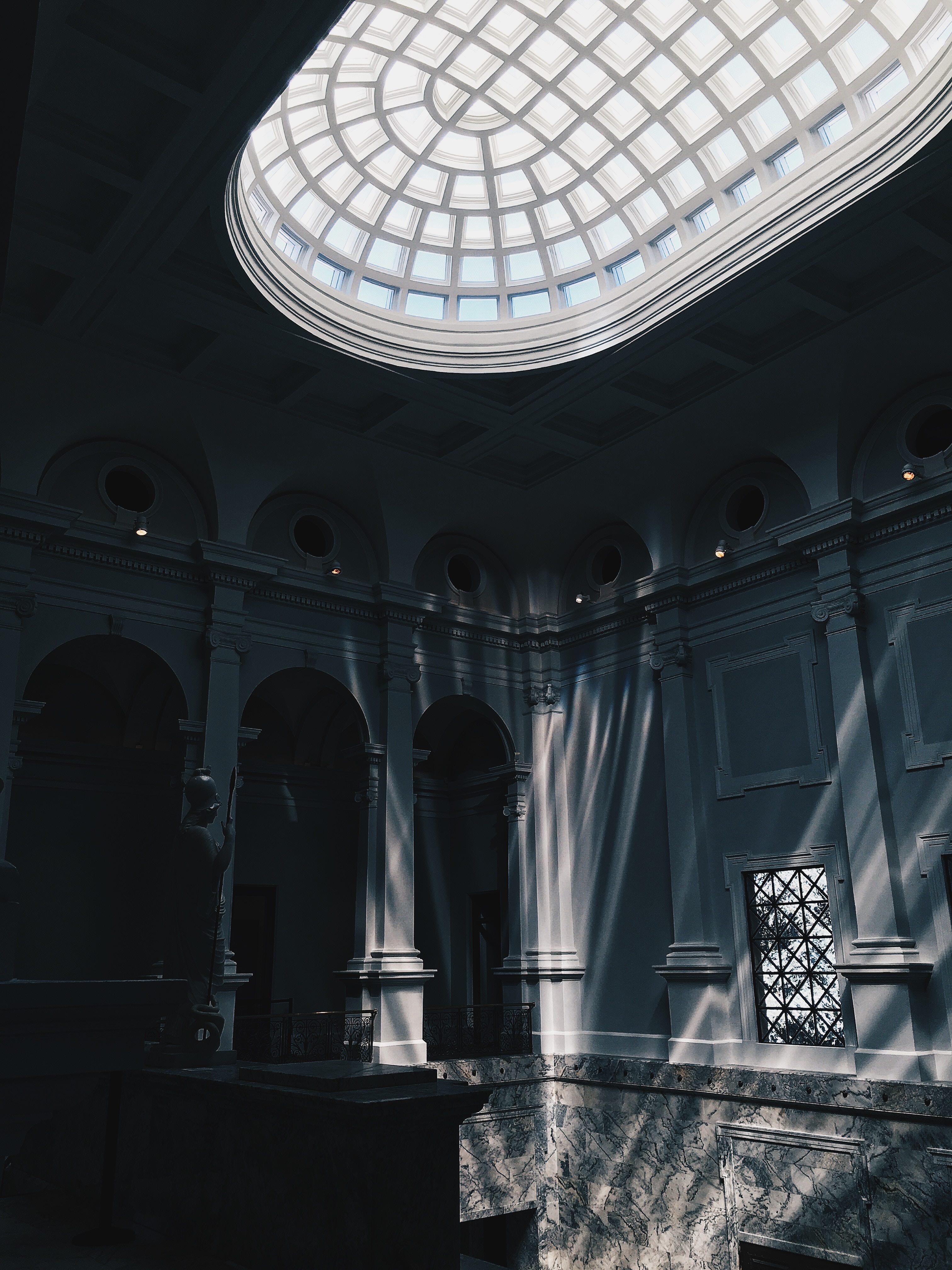 Suddenly, the lights went out. There was a loud bang, as if a door was being forced open, followed by the telltale signs of footsteps caused by powered suits. Dominion Marines were here.

It was pitch black. They had shut off the emergency lights as well. The only lights Mercer could see were from the headlights of the Marines. There were five of them in total, roughly thirty meters away, blocking the exit.

Mercer crouched behind a bench, concealed for now. But the lights were coming closer.

It wasn't as if he hadn't been in this close call dozens of time already, but his mind felt sluggish. He hadn't expected them to get here so soon.

He reached out and tried to tap into one of the Marines' minds with his psionic abilities.

"What the hell was that?!" a Marine yelled. "My head... The target's definitely in here! Keep searching!"

Huh. It hadn't worked. Maybe they were a new type of Marine. Mentally-fortified.

Well, time for the less-fun Plan B... Mercer tried to activate his stealth--his very first ability besides the psychic-powered wrist-blade he'd been given at the academy.

Only... stealth wasn't quick in coming either. Had he hit his head this morning and forgotten about it?

Mercer remained crouched behind the bench, still remaining calm as he breathed slowly and deeply. Time in the field made calm second-nature. But he was running out of time.

Meanwhile, the Marines kept searching. Their lights were getting much closer.

Mercer focused. Concentrated. But he wasn't turning invisible any more than the bench was. A'right, so it's an off day. Time for the very un-fun Plan C.

Mercer vaulted over the bench like a swimmer going for a graceful dive. He hit the ground running, barreling toward the exit.

"There he is! Open fire! Do not take the target alive!"

Mercer's plasma blade ignited to life from his wristguard. At least something was working for him today.

But all the shots missed. "Not single fire, you idiots! Full Auto!"

Mercer slowed his pace, strutting another three meters toward them. His face broke into a psychotic grin. "Ohhhh, hope you said goodbye to the girls back home. I'm sending you back to 'em in pieces." He stretched his mind, trying to touch the intricacies of the universe.

But apparently the universe was having a headache today.

The Marines all opened fire, full auto, but missed their shots.

So Mercer came charging at them like a whirlwind. He hated Plan C. It was actually reserved for--well, never, because it was never necessary. Except for today, of all days.

Another Marine went in for a rifle strike but also missed the deft Spectre. The other four scattered, trying to get out of the melee. Only Mercer's original target remained within stabbing distance.

That was when something finally kicked into gear. Mercer could feel it as if someone had physically clocked the back of his head with a brick.

Flashes of his opponents' movements flickered in his mind, little after-images that gave him just enough time to angle a strike at the one Marine frozen with fear--or maybe he just had enough balls to stand still and take it like a man. Mercer sliced the Marine in half, as if the man's armor was made of paper.

"Shut up and kill the freak!"

They peppered the air with bullets, but every shot still missed.

Home free. Mercer spun around and shot off a salute. "Thanks for the warm-up, boys." Then he leapt over the body and sprinted out the door.

But he didn't get far before he felt the telltale tug of an outside psionic force on his body. With a suddenly pull, someone flung Mercer back into the Museum with such force that he sailed past the Marines, slamming right through a glass display case and tumbling into the suit of power armor within. The armor buried Mercer in an avalanche of metal.

"Agent X89115F," a voice said. Suddenly, a Ghost materialized in front of Mercer. "Hold your fire, Marines," the Ghost commanded. Then, he turned to Mercer, still trapped beneath the power armor. "Sloppy work, X89115F. Your dependence on Terrazine has obviously affected your combat skills. Suffering from withdrawal effects?"

Terrazine. Maybe that was why his psionics were suffering. He'd noticed the shakes, the cravings... but so far it hadn't affected his powers. Not this much. Apparently seven days without was the threshold.

Mercer struggled to get out from under the heavy metal armor plates. These things have got to be hydraulic-powered. Nobody could stand in this stuff.

The Ghost scoffed, then tossed something on the ground. It sparked to life, revealing itself to be a holographic projector. Emperor Octavius appeared before you.

"Mercer. I'm really disappointed in you," scolded Octavius. "I had such high hopes. You could have been the next star, you know. Like Agent Nova. Hell, you had the potential to become as strong as Agent Kerrigan. All you had to do was continue to fight for your fellow Man."

"Wow. I get the personal line of the emperor himself," Mercer replied. "To what do I owe the honor? I didn't know paying homage to the James-the-Legend-Raynor was a criminal offense now. What, jealous? You just want a museum of your own. I hear peace treaties are great for getting your name in the history books."

"You Spectres are all so volatile. The unfortunate side effect of Terrazine is that no matter how many mind-wipes or reconditionings I put you through, you'll remember it all again sooner or later." Octavius said. "I'm trying to make you see reason, Mercer. I don't want to have to kill you.

"I value the Daelaam's strengths, but they are stuck in their backwards ways. If they want to act like arrogant dogs, then I will use them as such, for the Dominion! That is what will get my name in the history books! Maybe then people will realize that Raynor was no hero. The Dominion was built by the Mengsk Dynasty, not Raynor!"

Mercer was barely paying attention to Octavius anymore. Now he was trying to worm his way into the Ghost's mind. Plant a little horror here, play off a childhood nightmare there...

Mercer rolled his eyes. "You're not exactly glittering with heroes’ laurels yourself, your Imperial High-Horse. Sorry, Highness. Slip of the tongue. I hope you didn't interrupt your regular propaganda broadcast for lil' ol' me."

The Ghost shook his head. "With due respect, your Majesty, Agent X89115F will not see reason. And, it is quite obvious that he is willing to kill anyone that gets in his way." The Ghost pointed to the now-dead Marine.

"I see that now," Octavius said. "Men: kill him and be done with it. Then, dismantle this wretched Museum. I can already see the headlines: 'Liberty Corps strikes out against the legacy of famed Dominion hero Jim Raynor." The Hologram shut off.

"Nothing personal, X89115F. If it's any consolation, I thought you were an excellent operative. I plan on trying to get into the Spectre Program too," the Ghost said.

Mercer sighed. "Nothing personal, but you wouldn't make it a day and a half in the program, Agent... whoever you are."

His comebacks were off-point today too.

If I could just lift this armor... Now was the time. He was going to use his psychic ability to pump his muscles full of extra oxygen, come crashing out from under the mountain of armor like a Zerg bursting from the ground, roaring to the sky--over-the-top, sure, but shut up; it was his fantasy--

And it was just a fantasy, because the armor wasn't budging.

This... No, this can't be the way it ends. Come on. I didn't just slog through that many days to get riddled with lead while trapped under Jim Raynor's platemail...

Mercer stared down the barrel of the Ghost's gun.

At least let them stop Mengsk.

"Marines, execute the rogue Spectre." The Ghost commanded. Suddenly, the Ghost was impaled by a red psy-blade and was torn apart in an instant. The Marines were set upon by a lone assailant, two red blades now slashing and dismembering, cutting through the powered suits as if they were not there. And just like that, they were all dead.

"Pathetic," said a female voice. Her red blade illuminated the room enough to reveal Mercer's rescuer as she uncloaked: an alien, a Protoss dressed in the latest Terran attire. "Absolutely pathetic. And here I came, hoping to see the skills of the famed Terran Spectres, and this is what I see?" She psychically lifted the armor off of Mercer and pushed it against the wall. "I think York's faith in you has been misplaced."

It took a second for Mercer's mind to switch from embracing the grave, but his legs remembered how to work just fine. He was immediately hopping up onto the balls of his feet and checking his wrist-blade for damage before he could stop and realize that someone had come out of literally nowhere to save his life.

"You unfortunately are seeing a famed Terran Spectre after seven very long days and only sixteen collective hours of sleep," Mercer said. "But we can saunter and slander." He, again, made his way for the museum door.

Hopefully this time there weren't four Ghosts ready to pounce on him.

StarCraft and all related names and terms property of Blizzard Entertainment. And I am not affiliated with them in any way.