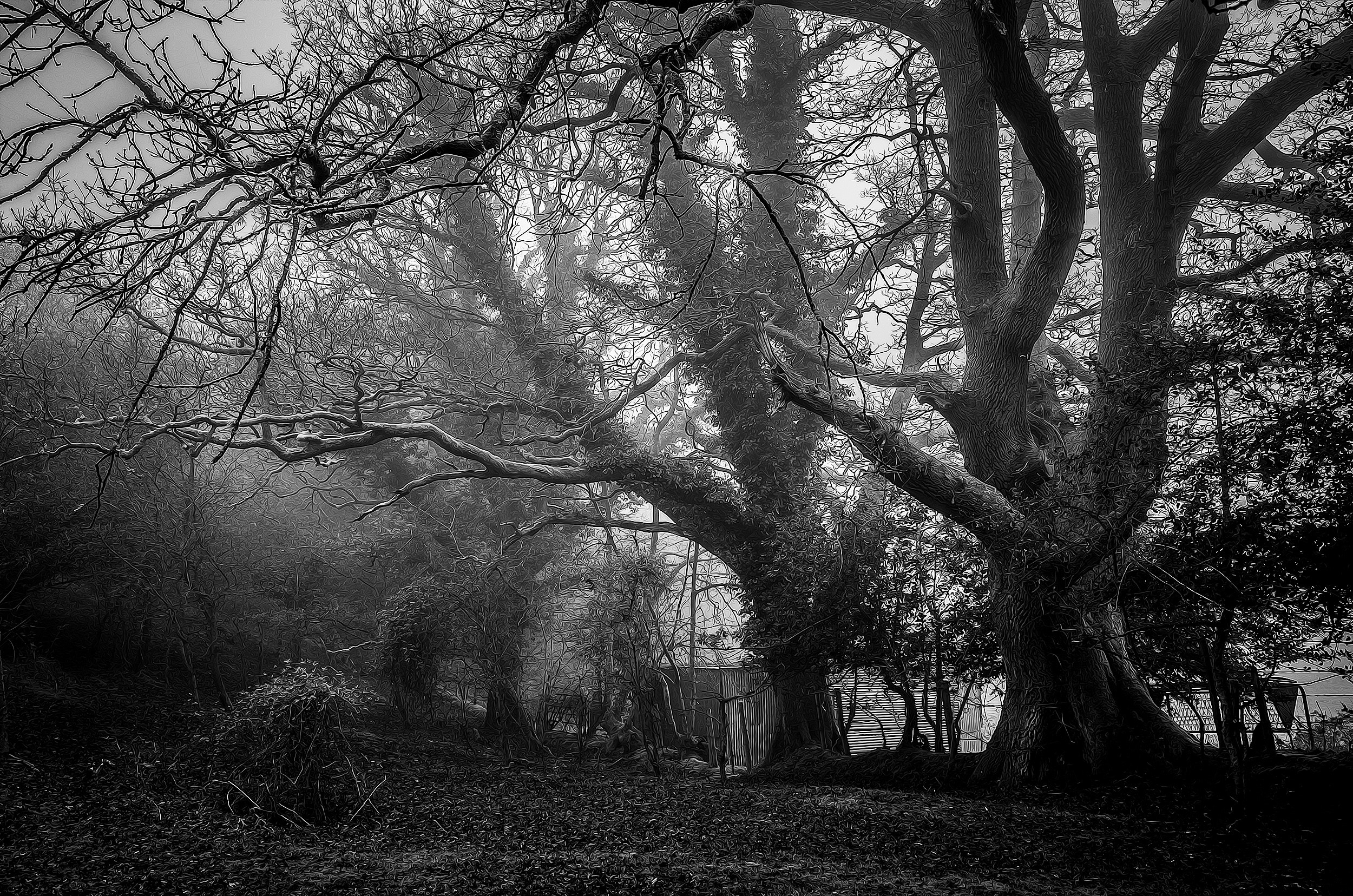 Screams of murder rang in his ears as Ristan ran. They made for an eerie harmony screeching to the rhythm of his pounding feet and his hammering heart: thum-thum-thum.

Thirteen more seconds of sprint speed. Then my body slows from sprint to running speed.

“Traitor!” his pursuer’s voices howled at his heels. They echoed the cry of his own heart: You left her behind. You left her to die.

Despite running for his life, Ristan’s breathing remained even: deep breath in through the mouth, slow breath out through the nose. As easily as if he were sleeping. Each breath gave him energy to move… and precious seconds to listen, plan, think.

How many? He was dying to know. He would have closed his eyes to better listen, to pinpoint each set of his pursuers’ footfalls like a musician singling out each instrument in an orchestra. But fleeing for his life involved keeping his eyes opened. Any obstacle—from the jagged boulders and blackened tree trunks surrounding to the smallest gnarled root—would be the death of him.

And the death of his people, the Zelméon race.

My people. It was getting harder and harder to remember who he truly was. Why? But he knew why. Running under two different names, living two different lives, would put a toll on anyone’s mind.

Still, the fact he had to remind himself of his true identity at all sent a chill down his spine. I’m slipping.

“We’re going to kill you slowly, Raen!” the voices nipping at his heels giggled madly, the sound of their voices bouncing off the jagged rocks surrounding him. “We’ll pull off your nails one by one. We’ll watch your blood trickle drop by drop until it’s gone—”

“Ohh, but before we do, you’ll get to watch us have some fun with your wife…”

Mari. He closed his eyes. Please forgive me.—

Futile—asking her forgiveness after the fate he’d abandoned her to.

“No matter what happens,” he could hear Mari’s voice ringing in his ears. She’d sounded so sure then, so set. “The objective is tantamount. Neither of us matter; only the objective.” She’d fallen silent before adding softly, “It’s why I agreed to the Initiative.”

Shouts bounced from the left and the right. They were trying to flank him. More Vádigón voices joined the choir.

Panic crept up the nape of his neck. Immediately he shut off the emotion.

His hand slipped over the bump covered by his silk tunic. The objective is tantamount.

Not me. Not my feelings. Not my thoughts. Only the objective matters.

Now, the layout of the land. You studied this for years—centuries. Don’t feel; think.

In his mind’s eye, he pulled out a map like he had so many times for real. These rocks are offshoots of the natural geological formations. And within twenty more meters…

The rocks suddenly fell away as if at his very thought. Suddenly the earth met the sky in a thick horizon line and then… nothing. 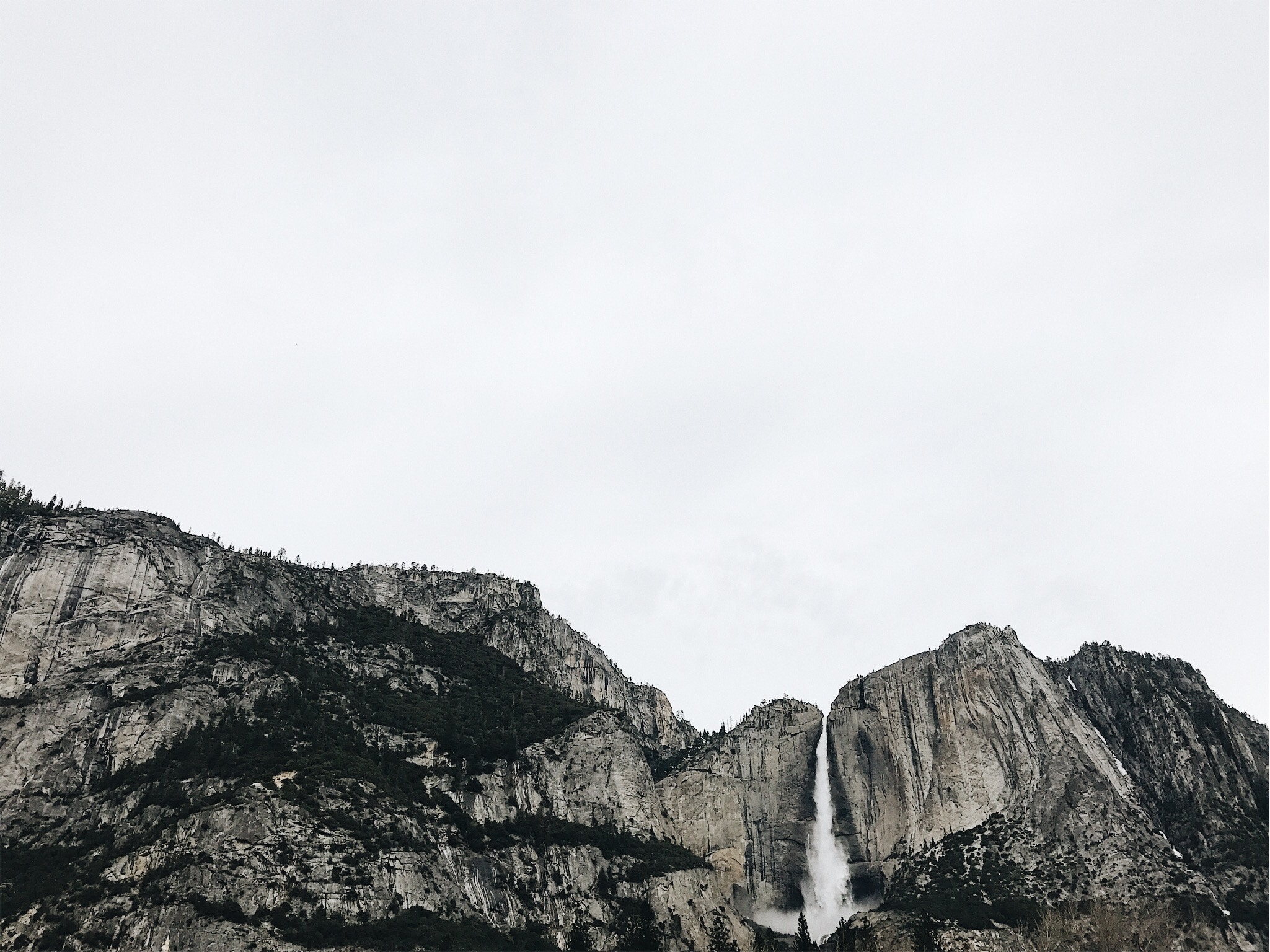 Fear again shook his bones. Ristan inhaled deeply, purging it one more time. He knew what he had to do.

He skidded to a halt, staring down at the rock wall at his feet. It was a sheer drop—a wall of jagged stone tumbling so far down he could see no ground below; nothing except a gray mist.

Ristan waited, feet planted as he counted down.

“We’re coming for you, Traitoooor!”

A Vádigón’s face burst out from between the boulders, the same as his yet different colors: purple eyes instead of his brown. Vádigón skin was pale white skin like a cadaver; without his disguise, Ristan’s was tan.

“Found him!” The Vádigón hollered as he slid to a halt ten meters away. He flared his tattered wings—useless for flight, just like Ristan’s own, which he and Mari had cut before they’d begun their mission so many years ago.

Ristan turned to face the Vádigón as more of his angry friends arrived from behind the boulders. Six in all had been able to follow him through the forest and underbrush.

He continued his count. Twenty-one…

The first Vádigón to catch up grinned. He stalked closer, step by step. He didn’t even seem to notice his other five friends.

“There you are...” one of the Vádigóns jeered. “Maybe we’ll have a little fun with you first after all.”

“What to do with a murderous traitor like you?” another spat. Rage burned like embers in his eyes. “The generals were right not to trust you.”

“You should have jumped off the precipice,” a third Vádigón snarled. “Seems only right for a coward like you…”

Ristan threw himself backwards, over the cliff’s edge.

As he fell, the Vadigons’ shouts of anger and surprise were sucked away by the rush of wind. Ristan kept his eyes forward, his arms tucked close to his body, his legs locked tightly together. Then he unfurled his wings.

His shadow burst to life against the rugged cliff face in front of him as light from his wings lit him up from behind.

Even with them torn, that should slow me just enough… Ristan immediately thrust his arms and feet forward.

His black leather gloves were shredded to ribbons almost immediately. Then pain shrieked through his body as the stone and friction started scraping through the skin on his palms.

As gravity dragged him down the face of the cliff, Ristan clacked the heels of his boots together. The spike in the toe of his boot sprang out. He jabbed his toe into the rock. His body stopped. Rock crumbled and fell away from his body. 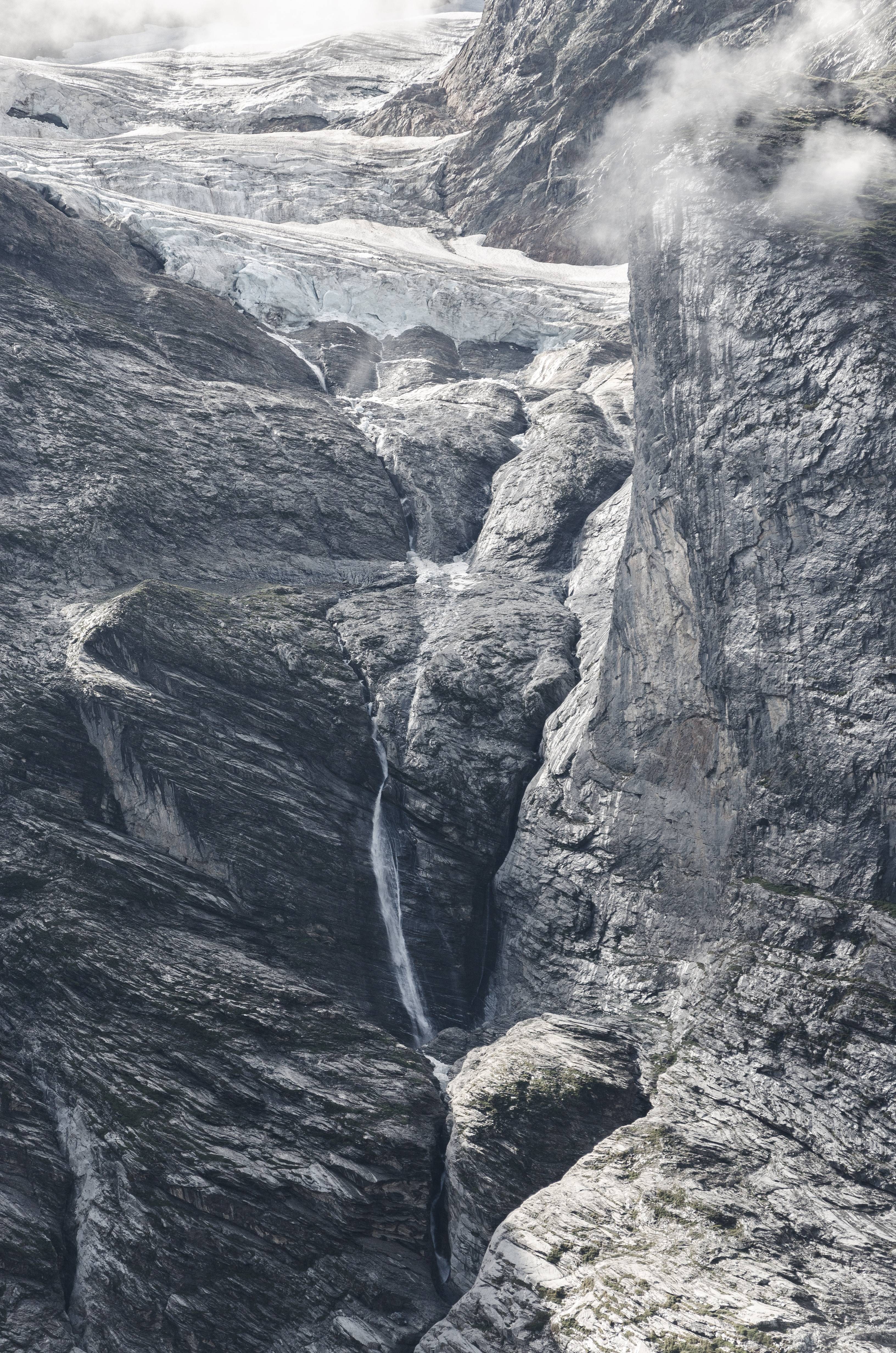 Finally, mercifully, the scraping and dragging ceased. He now clung to the cliff face with blood-smeared hands and his metal-toed boots. His tattered wings draped from his shoulders like a torn old cape.

He furled his wings quickly, folding them back so small that they became invisible. Their light disappeared.

Now the pain began to screech through his whole body as his hands protested this insane plan.

He wasn’t done yet.

Ristan glanced below. Two meters down and to his right, currently near his right toe, he could see a crack in the cliff wall. He would hide there for the next few hours, nursing his hands and waiting to ensure the Vádigóns had given up the search for their suicidal quarry or until he heard the shrieking of their bloodthirsty beasts, the Kharai. Even if they figured out his plan, it’d take them hours to climb up or down this cliff face to this crevice to try to pry him out.

A few blessed hours of sleep before he had to resume his run. And he was still unsure what to do with his prize in these conditions.

Ristan released the cliff face with his right hand, feeling the cliff face and all of its filth seeping into his muscles and mingling with his blood. Excruciating pain burned his hands. But it was nothing compared to Vádigón torture. He’d seen plenty of that. Though he had yet to see what someone who tried to assassinate the Vádigón king would endure.

That thought motivated him to work through the pain. Hand over bloody hand, Ristan just barely held on despite the anguishing pain and the slickness of the blood. Finally, mercifully, Ristan managed to lower himself down to the ledge. He wedged himself into the crevice, which was just barely wide enough for him to fit sideways. There was still a portion of his shoulder that jutted out, and he had to keep his knees tucked so close that breathing was uncomfortable.

Ristan felt sleep fast approaching, and he chuckled. Commander always said I was only picked for this Initiative because I can fall asleep anywhere.

Sleep took him. And Ristan knew nothing until he awoke hours later to the chill of pitch-black evening.

---
Be sure to leave me any feedback, questions, or comments down below! Check back next week to vote for your favorite prologue and enjoy the continuation of Exodus!

Thanks again for all your support!

[Excerpt from The Victor's Blade; all content subject to change.]