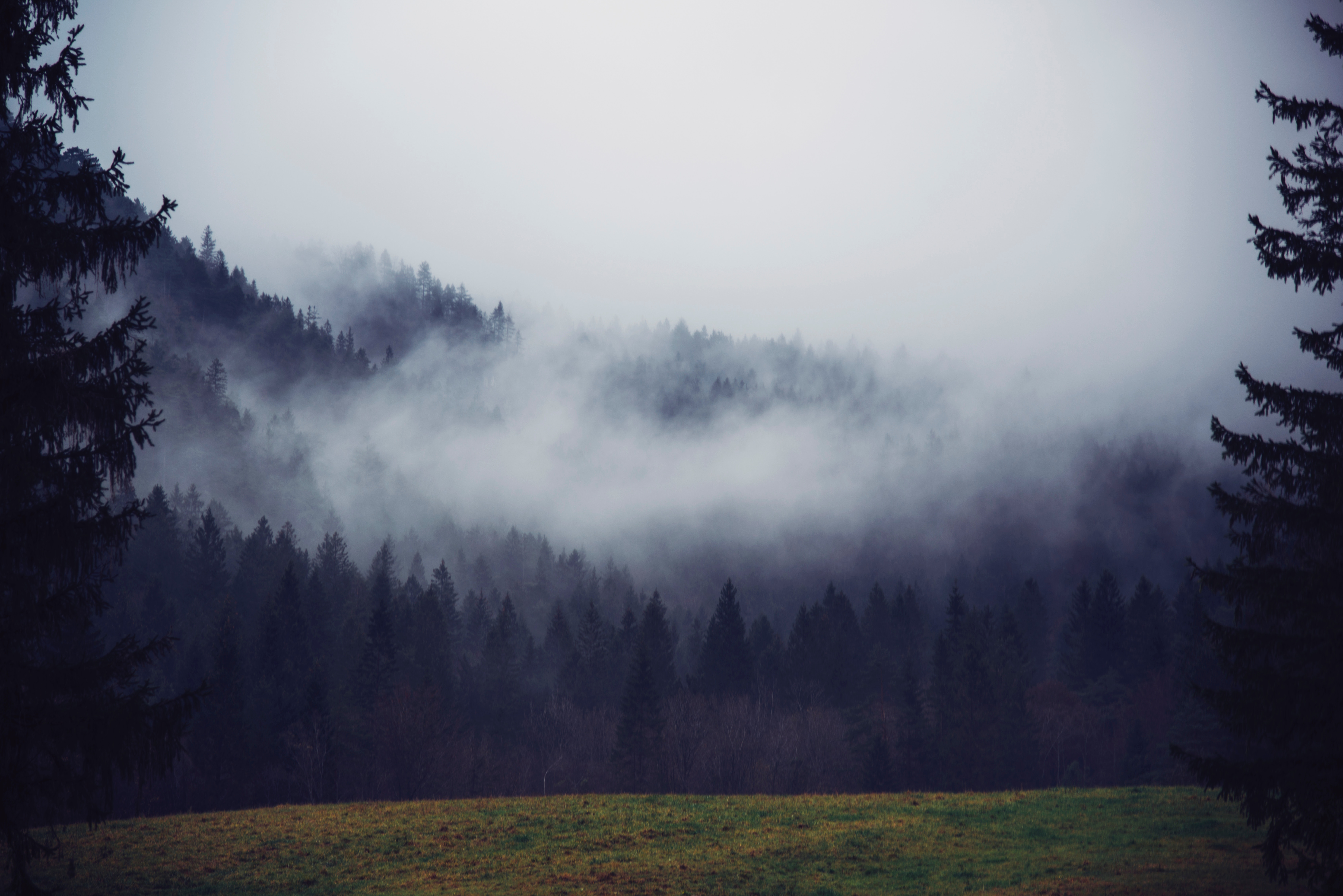 By Ales Krivec on Unsplash

For three long, filthy, terrifying days they had crawled through thorn and thistle and clawing limbs. They'd waded through ash and leaf and loam and mopped away sweat and tears.

Today was another day of scuttling through shrubbery, concealed under tree limbs and the dim light of early morning. But today, at least, there were green leaves on the trees. A good sign; no Vaerin had rampaged through this part of the forest yet.

Trying to sneak a group of fifteen through a forest, however, had been even harder than it had sounded. The Caders trailed in a long line, and while some of them had light footfalls… others didn’t. The poorest attempts at stealth only made the group argue more each day, and marching by night didn’t help matters, either. Every stubbed toe or stumble into tree branches elicited someone cursing and someone else shushing and still a third hissing for everyone to be quiet.

But they never did. The Caders must have finally made their way far enough from the Vaerin frontlines.

Despite the arguments and lack of sneaking skills, the group had overall been helpful. Two of the men, Erik and Alan, had actually helped her make a sling out of an old outer tunic so she could carry Ian on her back without using her arms.

And Monroe in particular was a gift from Adonai himself. He led the group with more patience than Mara had in one finger. She couldn’t imagine trying to corral this bunch of misfits.

Monroe pushed a tree branch out of his eyes with his bandaged hand. He glanced over his shoulder, nodding ahead to Mara. “We’re here.”

Mara crawled up to his side in a half-crouch.

Behind her, sitting happily in the sling, Ian gasped. “They’re so tall!” he pointed through a gap in the tree branches to the sight ahead.

Beyond the edge of the forest was a wide expanse of cleared-away grass that led to towering stone walls covered in parapets and fluttering banners. A flock of birds sailed overhead before disappearing beyond the wall.

The Torien border. Mara allowed herself a moment of relief. We made it.

Still, as she stared ahead at the grassy plain between them and the walls, her anxiety returned with a vengeance. No cover. Nowhere to hide. She may not have seen any fire or smoke for three whole days, but Vaerin flames tended to flare up when least expected.

She'd had plenty of experience.

Glancing to Mara, Monroe twirled his hand in a circle overhead and then pointed forward. Then he crawled ahead, creeping out from under the cover of the forest.

Her nerves felt strung to the breaking point, but Ian’s small request made her chuckle. “All right, Ian. Relay the signal down the line.”

Someone shifted, revealing their hiding place behind a tree trunk a few paces back. It was the young girl, whose name Mara had learned was Kitti.

Kitti nodded and turned, passing the signal to the person behind her.

They’d all picked up the signals rather quickly; another show of competency that had impressed Mara. As Mara followed Monroe into the empty plain, she wondered whether Monroe had learned those hand signals from his life before the Vaerin attack or if he’d made them up out of necessity.

One by one, the line of Caders snaked down the valley toward the base of the wall. The ominous wall frowned at the group, casting a deep shadow across them as they slinked along its length. It seemed to stretch in either direction as far as Mara could see. How long would it take to walk its length? Weeks? Months?

Fortunately, there’d be no walking its entire length today; Mara could see a great stone gate about a mile down the wall. And what was another mile of walking after two weeks of living nightmares?

Still… they were exposed, strung out in a line in this wide-open area. Each step raised her worry. And worry soon became dread as they trudged past brick by brick, stone by stone. On and on and on they walked, yet their destination never seemed to get any closer.

Mara glanced up at the parapets high atop the walls. She couldn’t see anyone there, but she knew that any ranged soldiers stationed here could see them perfectly. As could anyone from the forest they’d left behind. Mara shuddered.

Mara forced herself to smile.

After an agonizing half-hour of trudging past stone, they finally reached the gate. The drawbridge was drawn over a portcullis that was four times higher than Mara’s head.

“Who goes there?” came a nasally tone from the gatehouse directly overhead. Again, a glance upward revealed nothing; no faces, no people. There was just the gatehouse, a lifeless box of stone and lacquered wood that sat above the drawbridge.

Monroe immediately stepped forward. “My name is Monroe of Curtabelle,” he shouted up to the gatehouse with as much volume as he dared.

I wonder if he feels it, too, Mara wondered. The sensation she felt wasn’t only the dread of standing out in the open. It wasn’t just the fear the Vaerin had cultivated. It was more than that: an uncanny sense they were being watched… and that no one cared.

Monroe cleared his throat. “We’ve traveled across Cadrea, hunted like animals. And if you don’t open this gate, we will die like the rest of our people.”

No reply from the wall.

Mara stepped forward to stand at Monroe’s side. “We have women and children. We’ve been hunted by our shared enemy, the Vaerin—”

“Torien’s borders are closed,” came the nasally, disembodied voice from the gatehouse. “We are not receiving any refugees.”

Monroe frowned. “And we’re not waiting around to die down here!” His normal composure crumbled; he trembled from head to toe. In anger? In fear? With the dark shadow that crossed his face, Mara thought it might be a mix of both.

“Didn’t you hear the girl?” Monroe shouted. “We have women and children down here, all of us innocents. We are no soldiers looking to stir conflict. We're survivors who have braved flame and fear of execution to reach your border. You are our only hope! Turn us away and the Vaerin will have fun killing us in the street for sport.” Monroe thrust a threatening finger up at the gatehouse. Mara couldn’t see anyone in that gate, but she was sure they could see the fire in Monroe’s eyes. “Speak with your Captain,” he growled in a tone that was equal parts threat and order.

“We’re completely exposed here at your gates,” Mara urged. She resisted a glance behind her. She felt her throat constricting with each second they wasted here. This was their only chance. If Torien really wouldn’t let them in… there was nowhere left to go. Where could they hide that the Vaerin wouldn’t eventually find? Even that seemingly-peaceful forest behind them could be swarming with Vaerin right now. It was too peaceful. Too quiet. “The Vaerin are on our tails. We have no idea how soon they’ll show up. Please, you have to make an exception—”

“I have no power to make any exceptions. If you wish to plead your case against a royal Torien decree, I can have the Captain notified. But you’ll have to wait outside the walls.”

“And how long will that take?” Monroe asked, every shred of even his godly patience threadbare.

“Better part of a day just to notify the Captain’s outpost. And that’s not including the deliberations your request will necessitate.”

“Better part of—” Monroe sputtered. He hammered his fist against the wood. “You cold-blooded murderer!” he barked. “If it were your people on the other side of this overgrown fence, you’d tell them the same thing?”

Mara shoved Monroe aside as she urged, “There’s no enemies in sight yet; if you open the gates now, you can have them shut before they even get here!” she gestured backward to the empty field.

“That is not our concern. We do not allow anyone across the borders. Those are my orders.”

Monroe’s face was glowing with rage. “And would you keep to your orders if this—” he pointed to Ian’s fear-pale face, “were your son? If she—” This time, to Mara, “were your wife? If crazed men were hounding them, men who drooled at the thought of stringing them up in the streets—”

“I understand your duress, sir, but I can only follow proper international protocol. It’s out of my—”

A concussive thoom rumbled in the distance, followed by a telltale hiss from the forest behind.

She didn’t need to because she’d known they would come all along. She’d known how this story would end the moment The Magus had told her to run.