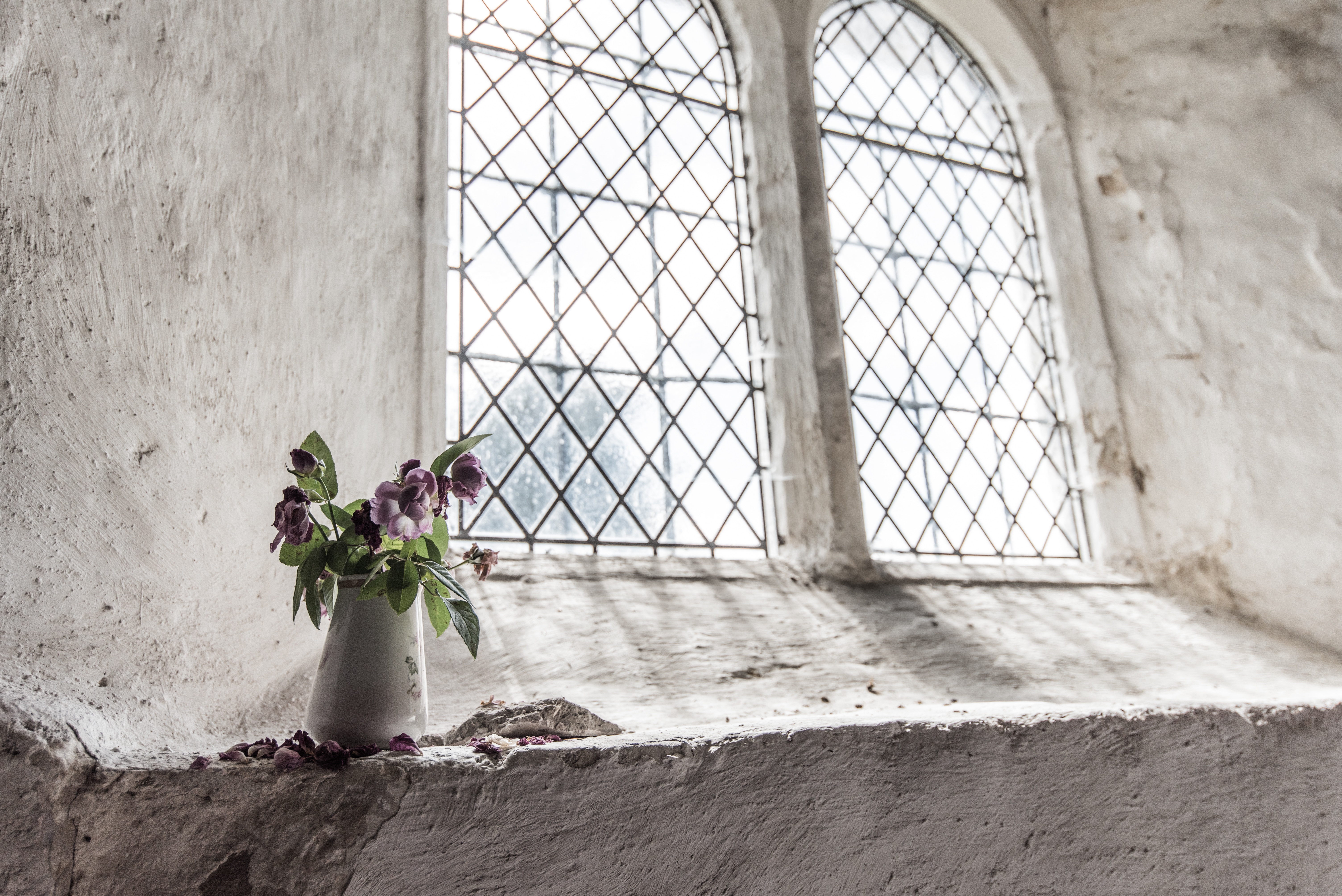 Mara lifts her head, shielding her eyes from the rays of sunshine that stream in through the tower window. She turns to see her visitor.

Her heart skips, but she tries not to show it. She coolly smooths over the mess of papers scattered across her desk and pretends not to notice he’s arrived.

The man pauses behind her chair, grinning under his neatly-trimmed beard. He takes a thoughtful bite out of the yellow apple in his hand. “Studying hard, I see.”

Mara laughs. It’s a tinkling sound like the wind-catcher hung in her tower window, the one she uses to gauge the position of the stars and measure aether levels. “More than The Magus, at any rate,” she teases.

“I’ll have you know,” he replies without missing a beat, “that I am hard at work ensuring the Cader Royal Mage Academy’s most promising student—” he leans over her chair, poking her nose with his fingertip, “—lives up to her full potential as a future licensed mage.”

Mara flicks the man’s dark brown ponytail out of her face. Smiling demurely, she arcs a brow. “Oh? And who might this promising pupil be, O Magus?”

The Magus smiles back. “Oh, no one in particular. Just the prettiest mage in Cadrea.”

“Only in Cadrea?” Mara scoffs. She turns away in mock displeasure.

“Well, I haven’t traveled outside the country.” He shrugs. “There’s something here that I just can’t leave, you know.” He rests his forehead against hers, staring deeply into her eyes.

“Holds you down like a ball and chain,” Mara smirks.

“The worst sort of prison. You couldn’t even imagine,” he manages to say with a straight face.

Mara giggles. She closes her eyes, tilts her head to one side, and kisses him.

When she pulls away, his eyes are still closed as he savors her kiss. She loves that look on his face: stunned and delighted, as if her kiss were a sweet, hot drink that warmed him down to his toes.

It takes a moment for The Magus to recover. But he manages. “So!” he pipes up as his eyes snap open. “What are you working on, Love?” He rests his chin on her shoulder while gazing at the flood of papers and books on her desk.

Mara twirls her index finger in his ponytail. “Mmm.” She frowns. “Still working on my thesis.”

“You mean the paper about portals?” The Magus pulls away to plop himself on the least-messy corner of her desk. First he tosses his mostly-eaten apple over his shoulder and out the tower window. Then his attention turns to her notes. Plucking a stack off the desk, he begins to peruse. It isn’t long before his eyebrows rise. “You’ve certainly been doing your homework.” He glances up from the sheets. “And all this on hypotheticals.”

“It’s not as hypothetical as you’d think!” Mara grins, picking up one of her main sources, a book so heavy she could hardly hold it in one hand. “Concurrent universes—that is, other worlds—were all but proven by Magus Devaro and Magus Philial’s works in astronomy and quantum mechanics.” She sets the book down and reaches for another. “And when you factor in Oboros’s mathematical calculations—”

Tossing the stack of notes back onto the desk, The Magus raises his hands in surrender. “You’ve convinced me. You really do believe there's other worlds out there.” He winks.

But she hardly notices his playful banter; she’s already getting lost in her research. “And not just different versions of our world like many have suggested,” Mara murmurs as she picks up the stack of notes so she can review them for the three hundredth time. Contemplating, she taps her lips. “But other unique worlds, just as real as our own. New peoples, new histories, all separated by the thinnest of veils—”

“—The aether,” they finish in unison.

Glancing out the window, The Magus crosses his arms and sighs wistfully. “Doesn’t sound so bad, leaving this world and finding yourself in a brand-new one.” He scratches the back of his neck. “No more Academy restrictions tying your hands. No more Vaerin or Cader nonsense.”

Mara’s grin fades. Her gaze follows his out the window, to the blue sky and sunlight outside.

Another world, just out of reach.

“I heard the rumors...” Mara murmurs, resting her hand on his. “That some of your fellows in the Inner Circle are stirring up trouble for you again. That they want to unseat you.

The Magus shrugs. “Can’t please everyone.”

“Can't please everyone?” she repeats, incredulous. “More like can't please those blind-sighted idiots!” Mara slams her fist on the desk.

It must have startled The Magus. He stares at her, surprised. Alarmed.

But she ignores his concerned look. “What’s wrong with a Vaerin being the current Magus?” She demands of no one in particular. “It’s only taken this long because magic isn’t part of the Vaerin culture. That’s no fault of yours, and they know it.” She claps her palm to her chest. “Would they really say I'm so different from you, just because I was born to Cader parents? What does it matter what part of the country we came from?”

The Magus’s smile comes forced this time. He takes her hand and gives it a gentle squeeze. It looks like he appreciates the thought, but… “If only everyone felt that way.”

They both fall silent.

“But back to important matters,” The Magus shifts the subject as easily as he’d slid onto her desk. “Suppose your new worlds are real. Suppose the variations in aether levels really are due to aether overflow from one world into our own—”

He pouts and rubs his kneecap. “You’re not the only studious one,” he sniffs before continuing, “Now, say all that’s true. Then what you’re really researching is…”

“How to get to those other worlds.” She nods.

But here The Magus shakes his head. “Can’t be done.”

“Of course it can!” Mara leaps from her chair, pointing to a third open book, running her finger along a paragraph she’d underlined. “It would take a tremendous amount of energy and an extremely skilled mage, but in the end, it’s quite simple. First, identify the area of highest aether concentration, and next—”

“It can be done in theory,” The Magus interrupts, also pointing to her underlined passage, “but it’s impractical.” He frowns, like a father scolding his precious child. “And toying with that kind of energy is far too dangerous.”

“More dangerous than using that same energy to shoot fire or manipulate water—like we do every day?” Mara teases.

The Magus rolls his eyes. “Well, now that you mention it, you’re absolutely right: energy levels so high that they’d tear you limb from limb are tame compared to tossing a magic water ball.”

He’s being sarcastic, but he’s no longer joking. He isn’t laughing any more.

Why aren’t you laughing with me?

The world distorts, tinting a shade of blue.

But it is possible. We can go to other worlds. We can get away from here. We can make it to a world where there are no Vaerin or Caders.

We can find a world where no one will ever give you or Ian those looks ever again, my Magus.

Why won’t you go with me?

“You just have to make it to Torien,” whispers her Magus, though this time from a different memory. Now he’s not warm and playful; he’s desperate. He’s terrified and barely keeping his fear reined in. He’s whispering breathlessly: “The border’s two weeks from here if you take it slow.”

He’s shoving a map in her shaking hands. “I learned there's a series of safehouses some Caders have set up leading to the border. These are their locations. You’ll be fine as long as you're careful.

“I swear, don’t make me plan a trip to the underworld to find you, Mara.”

She knew what came next: his tender lips, pressing into hers.

No. Don’t tell me goodbye. Don’t stay here. Don’t send me away!

She wanted to reach out, grab onto him, pull herself into that kiss until it became a part of her. Maybe then… maybe then he’d never let her go.

Maybe this time he wouldn’t stay behind.

But then she was tasting the salt of his tears, which streamed down his cheeks.


Mara woke herself with a ragged gasp. “Magus, no!”

Her sticking sweat plastered her clothes to her body. Her shirt clung almost as close as the hot, humid air that hung in the dark shack. The suffocating breath of fifteen Caders.

So it’d been the dreams again. The memories. And as always, they’d disappeared like morning mist.

Tears bubbled up, and Mara closed her eyes to hold them at bay. She clapped her hand to her mouth. Stifled a sob.

No one was allowed to see her cry. Not even in the darkness.