You're driving in your car listening to the radio, and that new pop song sensation comes on... for the five-hundredth time this week. And while everyone else seems to start tapping their feet to the beat, this song makes you want to rip off your ears. Awful.

You get to class and your teacher tells you to read "the great American novel," but you can only stand the first two sentences before you drop all pretenses of doing this homework. Boring.

Then you get dragged to an art museum by your gung-ho art major friends. As they're gawking at a wall full of splatter paintings that look like the work of a two-year-old, you wonder what anyone could see in this stuff. Unoriginal and uninspiring, you think as you stare at what could have been a combination of fingerpaints and yesterday's lunch.


Nothing against the abstract, but I draw the line at plastic toys on canvas counting as "art..."

Two months ago, I started a discussion about "good art": whether it exists and, if so, what might separate it from "bad art."

I've got a couple hypotheses to get this week's discussion rolling.

As my friend Curtis pointed out on my "good art" post, popularity doesn't make a piece objectively "good."

I think this is a pretty commonly-held belief: that just because something is eaten up by the mass populace doesn't mean it's "good." It's this very philosophy that birthed the term "Hipsters": people who allegedly avoid any sort of trend because its sheer popularity has rendered it "un-trendy." But you don't need to be a Hipster to think this kind of way. There are video gamers who bash the Call of Duty games. There are musicians who loathe the samey pop songs that flood the radio. There are film buffs who groan at the latest explosion-littered summer thrill flick.

So just because something has a large fan base or sells well doesn't mean that art is objectively good art. Subjectively good, however, is a whole different discussion...

...because they operate independently of one another.

This is where that philosophy of mine on "good art" comes in--that art quality is both objective and subjective. Objectively "good" art is well-crafted, art that stands the test of time; for example, these are the art pieces that artists study in order to improve their craft. Subjectively "good" art, however, is art that at least one person enjoys or thinks is good. But that means that the term "subjectively good art" can be even further divided: is it subjectively good art in general or just for you personally? Is it something that has mass appeal, or are you just commenting on your own personal tastes?

Wow, this is getting confusing fast. Let me throw down an example to help explain. We'll take a look at the anime Sword Art Online. (Wow, I use a lot of anime examples. Can you tell what I've been watching lately?)

Many viewers immediately fell in love with Sword Art Online's attractive visuals and dark premise (being trapped inside a virtual reality video game that kills you in real life if you die in the game). During its first arc, the show exploded in popularity.
However, shortly after the show's impressive popularity spike, vocal anime fans began to release scathing reviews of the show. They rightly pointed out the show's numerous pacing and characterization flaws.

Whether sparked by these reviews or not, public opinion of the show noticeably shifted. Whereas viewers had once praised Sword Art Online, they now critically massacred it (The Pendantic Romantic, "Sword Art Online - How Digibro Killed An Anime").

So, was this show objectively "good" art? Will it become a timeless classic? It's hard to say at this point, but I'd argue probably not. The reviewers weren't needlessly bashing a show they didn't like: Sword Art Online does possess glaring writing flaws. While the visuals and music are excellent, the storytelling is certainly not great, especially when compared to other anime of the same genre (Thew, "Why Do So Many People Love SAO? - The Art of Mass Appeal").

So we can see that a piece of art can still be objectively bad while remaining subjectively good to a select audience--even if that audience is an audience of one.

Just because something is wildly popular doesn't mean it's objectively bad art, either.

This is something I've actually struggled with personally. If something suddenly becomes wildly popular and I can't immediately identify why, I'll dismiss it as a stupid flash fad and ignore it (you know the ones--fidget spinners, bottle flipping, or for you 90's kids like me, Furbies).

But passing up art just because it's popular can lead to you missing out on some great gems. For instance... 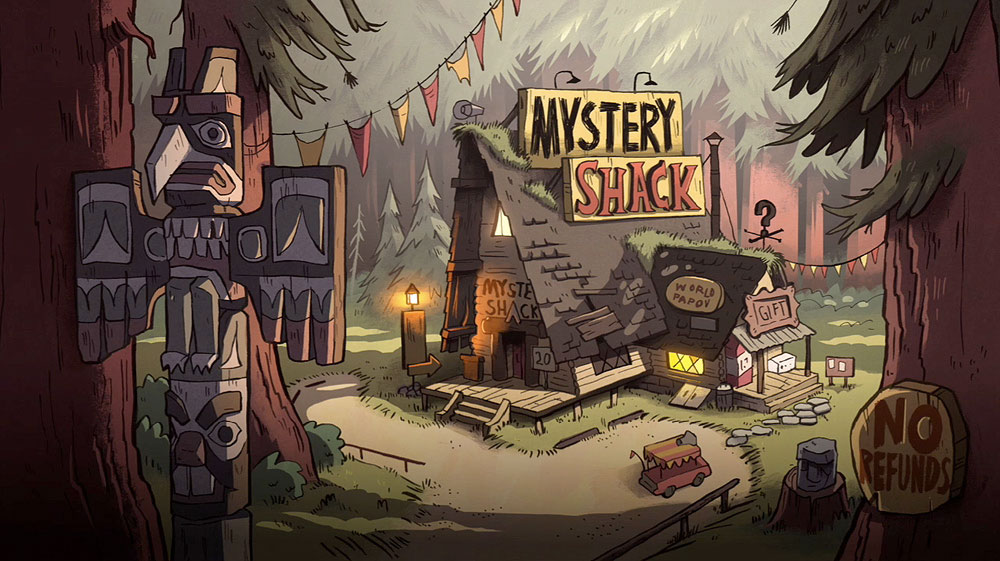 When Disney XD began to run teasers for then-upcoming show Gravity Falls, I rolled my eyes at what I thought was going to be another slice-of-life kids-at-summercamp episodic bore. At worst, I was expecting Camp Lazlo, a show I'd despised.

But when the Gravity Falls pilot aired, I sat down and watched it out of sheer curiosity. As it turned out, my first impression had been totally wrong, and Gravity Falls remains one of my favorite TV shows to date. I'm hardly alone in that opinion; the show has a large, adoring fan base.

If you assume something is going to be bad just because it's popular, you might miss out on something you would have loved.

If popularity doesn't make something objectively good art, it doesn't make it bad, either. So don't let other people's opinions dictate your own. Sample art for yourself; then judge that art on your terms.

After all, unknown art happens all the time in our media-saturated age. That doesn't mean a book that never makes it big isn't as good as or better than the ones on the New York Times Best Sellers list.

An art piece isn't objectively bad if it has a small following or even if a large number of people hate it. Just because a mass number of people dislike something doesn't necessarily mean it wasn't well-made; it just means lots of people disliked something about the art. Even a piece that's almost universally-hated might still have one person who enjoys it and finds it subjectively good.

I wish every college art professor would open their class with this sentence. It would've freed me from a lot of angst throughout my education experience.

Just because something is popular--even if it's popular among professionals or famous artists or academics with credentials up the wazoo--that doesn't mean you have to like it.

Something can be considered good art objectively or subjectively--doesn't matter which--and you still don't have to like it!

Your personal tastes--what you like and dislike--are completely your own. Don't let someone tell you that you HAVE to like this band or that movie. Don't let a professor make you feel like you have to enjoy a short story you actually hated, no matter how "well-written" it might have been.

The truth is that your personal tastes aren't based on the objective quality of art; it's based on your own preferences, your own interests, your own experiences, your own outlooks... a million things that are your own--unique to YOU. You never have to justify liking something nobody else does; it's just something you like. You don't even need a reason! You just do. That's good enough. Don't let anyone tell you otherwise.

Same goes for things you dislike, by the way. Though it's awesome to have specific reasons for why you don't like something so you can discuss it with others, you don't need to have a reason beyond "I just didn't like it."

Just remember to learn from my mistakes: don't dislike something you haven't even tried just because it's popular and it therefore "probably won't be good." :P

Whether you check out the vids or not, are there any pieces of art that you've enjoyed that other people hated or vice versa?

And as always, are there any points you'd add to this article, or is there something you disagree with?

I want to hear it all in the comment section below.

Photos (in order of appearance):
All photos property of their respective owners and used under US "Fair Use" laws.