Mara's feet pounded the ground in an uneven drum beat. Ba-thump. Ba-thud-thum-thump. Thud-thud. She staggered downhill, over the pock-marked earth that had once been covered in grass. The first of the fires had killed anything green days ago. 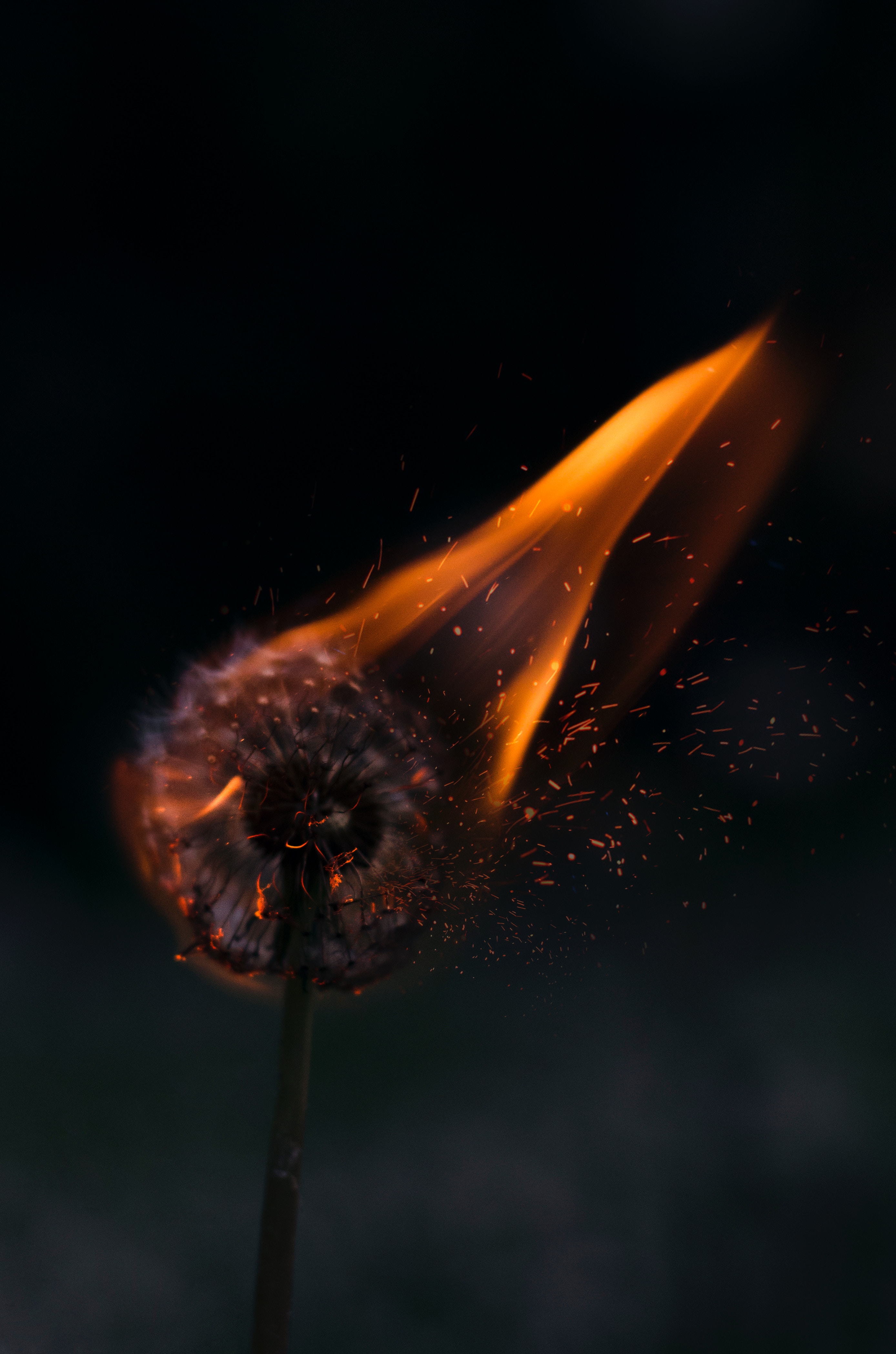 Another hacking cough rattled her body. The collar of her shirt did nothing to block out the hot black smoke that burned her nostrils.

She couldn't see a meter in front of her, and it wasn't due to her long honey-yellow hair flying in her eyes as she ran. Mara pitched through a dark tunnel of smoke. Whenever she'd hear the tell-tale crackle of flames to her right, she'd veer left. When she'd feel the heat of hunting fires off to her left, she'd veer right. Nothing but another fox on the Vaerin's hunt.

She could only stay ahead of the fires for so long. The Vaerin may not be able to see her, but she couldn't see them either. Sooner or later, they'd hem her in with the forest fires they were so fond of. And then they'll have another two Cader corpses to decorate the city square.

The five-year old boy clinging to her back whimpered. Ian buried his face into the nape of her neck, as if he could hear her thoughts.

"Shh," Mara whispered, but her shushing was choked off by another coughing fit. If only she could get out of this smoke! "Almost to the next safehouse."

Ian's arms dug into her neck, a feeble squeeze in reply.

Orange tongues of flame erupted behind her. As the percussive force of the heat shoved her, Mara's legs buckled and she tumbled forward.

Ian! was all she had time to think before she was rolling, rolling down the rest of the hill--her head slamming repeatedly against the dirt.

Her body ground to a halt at the base of the hill. "Ian!" She risked a shout as she struggled to her hands and knees. But no, she was too dizzy to rise; her head still spun.

"Mara!" His little voice warbled just within arm's reach. Crawling over, Ian slid his little hands beneath her arms, trying to pluck her up off the dirt.

The dizziness cleared enough for her to stagger to her feet. Their hands found each other despite the smoky haze.

"Up, up, up!" Mara hissed as Ian climbed onto her back. She looped her arms under the crook of his knees. With a grunt, Mara struggled to rise from her crouch. But she was too tired, he was too heavy, and she stumbled a pace before crouching back down.

Tears blurred her vision. Hopeless. Helpless. Her legs trembled beneath her. Her chest burned with smoke, stung with exertion. It all threatened to choke her along with the smoke and ash.

And, perhaps worse, the moment of weakness brought an unbidden flash of memory:

The boy's face was striped with dirt and tears. "Mommy and Daddy are dead now." His eyes hardened, impossibly perceptive and impossibly adult. "Vaerin killed them to get aether."

She crouched down, wrapping her arms around him. "I'll be your new mommy, Ian. And I won't die."

Then they crystallized into a vow.

Mara growled. Forcing herself to her feet, she hoisted Ian higher on her back and then resumed her off-balance pace.

Because if you stop before the safehouse, we both die.

Photo by Henry Be; originally posted on Unsplash.com.