Some of you may recall my post about a year ago of an excerpt from Titans Together, a Teen Titans-based roleplay I was a part of for years. I happened across another one of my excerpts from that forum and thought you guys might enjoy.

This one features two of my villain characters, both of whom are part of an international villain league called the Brotherhood of Evil (real subtle, I know, but that came directly from the DCU. Take it up with them). 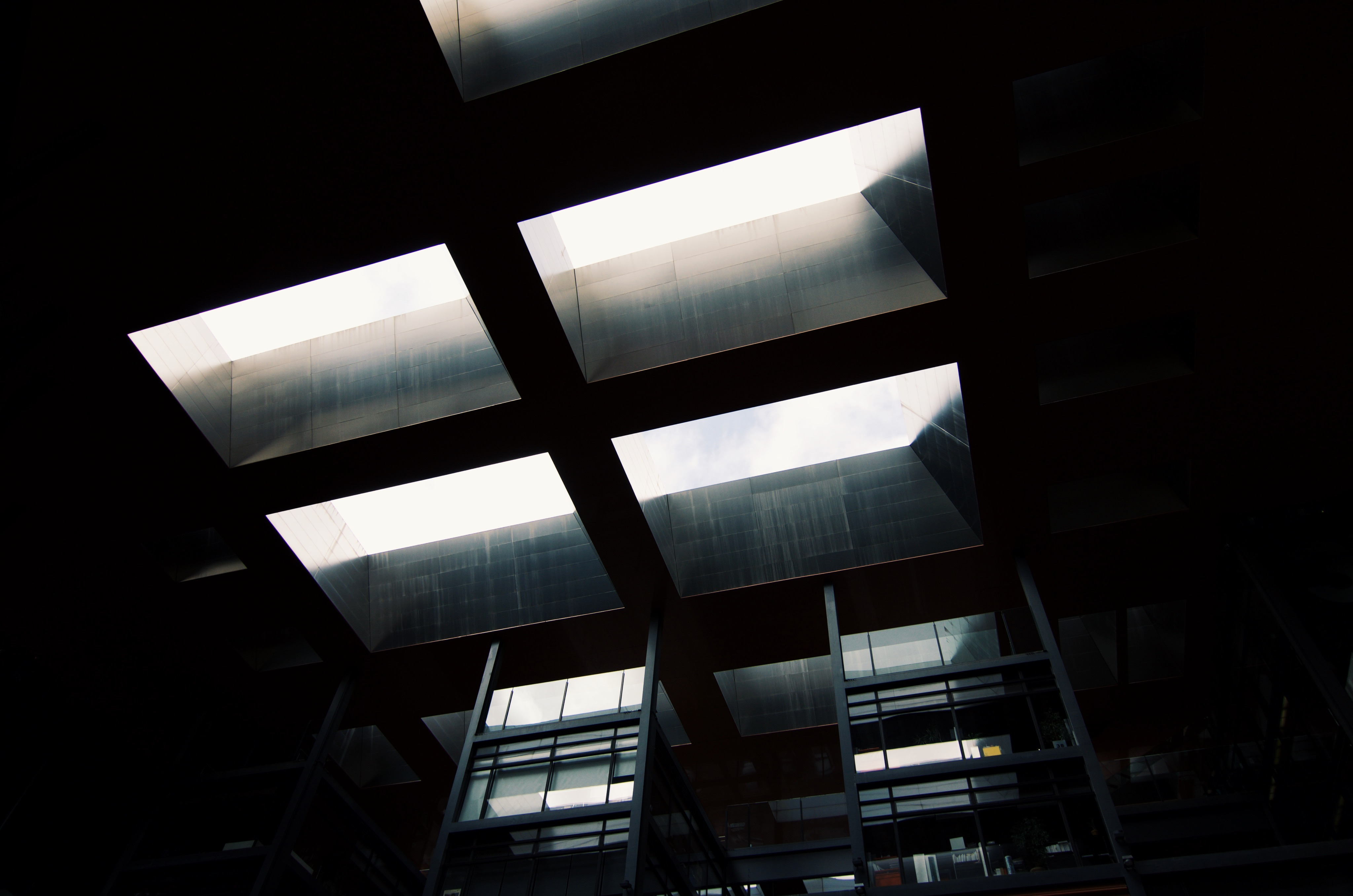 Marcus made his way through the necessary checkpoints, the pat-downs, the body-scanners, DNA-tests, and all the other obnoxious high-security crap the Brotherhood had implemented at Grimoire since the attack. The towers were still highly under construction, but fortunately for Seris, the main tower was still rather intact with her office.

And fortunately for Marcus, since he had a grand total of zero cash on hand for his own personal projects.

"Okay, buddy, we turn on all the charm. We tell dear Mum all about your performance during the mission. No 'meatbag' around her, all right? We want her to like you so you can reach your full potential again. Capiche?" Marcus tipped his fedora back from his face, popping out his blue contacts as he strolled toward the elevator.

His new robot companion stared at him blankly.

Marcus massaged his crimson-colored irises. Wearing more naturally-colored contacts could be a hassle, but disguise was part of his villain gig. "...Actually, better idea. Just don't address her directly. Speak only if spoken to. Yeah. That'll work."

Marcus punched the button. While he waited for the elevator car, he took off his hat and smoothed his hair.

The elevator dinged. Doors opened. And there was Seris, in the elevator. Of course.

"You're late," Seris frowned as she stepped out of the elevator. "I told you to report to me as soon as I had returned."

Marcus smiled and bowed, hat still in hand. "I actually have a perfectly legitimate excuse for not having done so."

"Oh, I'm certain I'll just adore this," Seris sighed, rolling her eyes. "My office. Now." She shot a glance at the robot. "Is this your new pet?"

"Yes, actually. I just got back from a new day job, which is the reason I was a bit late in returning. I took him to Harroc's to boost his features after the mission, and I ended up working at her shop."

Seris glared down her nose at him and the robot, crossing her arms. "So you finally decided to do something productive, and that's supposed to make me happy, hmm? Why didn't you inform me of the change in plans?"

Marcus smiled patiently. "Mom, please. How good does it look to contacts when you show up like a Momma's boy and ask for permission to stay out past curfew?"

Seris scoffed and waved her hand, stepping back into the elevator.

Seris hovered between the doors and rubbed her temple. "I've known you since you were in my womb, Marcus. I know when you're warming up to asking for something. What is it this time?"

"Hey, hear me out. I just want to give my mission report and explain my reasoning for disobeying direct orders shortly thereafter by going to Harroc's. You want to hear that, right? And Robo here can help collaborate on the mission report. Right, pal?"

Seris rolled her eyes. "Fine. Bring the robot." Seris waved her finger and stepped into the elevator.

---
Photo from Unsplash.com by Ferran Fusalba

A Response to "Do Spoilers Ruin Stories?"

I recently began following a Youtuber known as Super Eyepatch Wolf. Despite what the name may suggest, his videos are often deep analyses of stories or story elements (particularly in anime). He's deep, he's logical, he's well-spoken, and he's even got an Irish accent. Hook, line, and sinker.

He posted a video about spoilers that I found fascinating. Check it out here first for context. Or if you just want a thought-provoking way to spend 16 and a half minutes.

Initially I was going to write a quick comment to the video as it really got me thinking. But then I remembered Youtube's community, so as the post got longer and longer, I figured it was words better spent sent to you. :P

Also, spoiler warning for his video. If you want to watch it, do so first and come back here later. I'll wait.

I must say that I really appreciated his video, as I am someone who often cannot stand spoilers. It definitely gave me a lot to think about--at the very least, it got me thinking about why they bother me so much, or in what contexts. It also taught me to not get quite so mad when they do inevitably happen, because I can still enjoy a good story even after it's been spoiled.

That being said, for me personally, spoilers are very damaging to my initial experience of a story--which is quite different from subsequent experiences of that same story. I can (and do) watch and rewatch my favorite shows over and over again, but the experience will never quite be the same as that first viewing. I will never have quite the same amount of suspense during a scene as I did the first viewing, for example; because for me to experience the height of "suspense," I cannot know what's going to happen. Upon a later viewing, I might experience anticipation and excitement--but those are very different feelings than the suspense that arises from not knowing how events will play out.

So when Wolf says that "spoilers don't ruin our enjoyment of a story," I would agree to some extent; we certainly can still enjoy a great story after spoilers.

But, I would argue, we won't be enjoying the same elements necessarily.

And this is the crux of the problem for me. Yes, I can appreciate more elements of the story than I did before (or I can appreciate some elements on a deeper level than before), but my personal tastes are such that experiencing NEW stories, experiencing suspense, and not knowing how things are going to turn out--these are the very elements of a story that I happen to enjoy the most. Once things are spoiled, there is absolutely no way for me to obtain those sensations.

I believe this preference is mostly because I'm a writer. I very often can tell where stories are going long before they get there. Now, is that because writing has taught me which details to focus on? Is it due to some freak writers' intuition? I don't know. However, that leads to me getting quite bored with stories I find predictable. And that, in turn, results in me placing even higher enjoyment on either 1) solving something before (not long before, but before) the story reveals it or 2) the story surprising me with a well-written twist I didn't see coming. The former makes me feel clever for interacting with a good story, noticing the well-placed clues, and making the proper connections. The latter is a delightful treat because it is such a rare delicacy for me.

For me to enjoy any of those instances, I must be spoiler-free. Spoilers absolutely kill them.

So is it the end of the world when I get spoiled? No. I can still enjoy a good story. And, in some cases, I will confess that "learning spoilers" did help me--ironically, in the cases I can think of off the top of my head, they helped me steer clear of stories I knew would just make me feel like I'd wasted my time (for instance, discovering a key plot point of Death Note helped me realize the show--while being so critically acclaimed--just wasn't for me).

But in a vast majority of cases, I would so much rather avoid spoilers. I just enjoy the experience a first viewing can give me too much. It's worth a little risk. ;)