I have yet to figure out what the magical formula is for making a character I can relate to, but the sign of a shoe-in is when I can look at a character, laugh, turn to my family, and say,

So here's 10 characters I relate a little too well to... :P Or, well, the first 5. Life's been crazy and I didn't quite have enough time to finish up all 10 today. Sorry! Will post the latter half next time, promise! 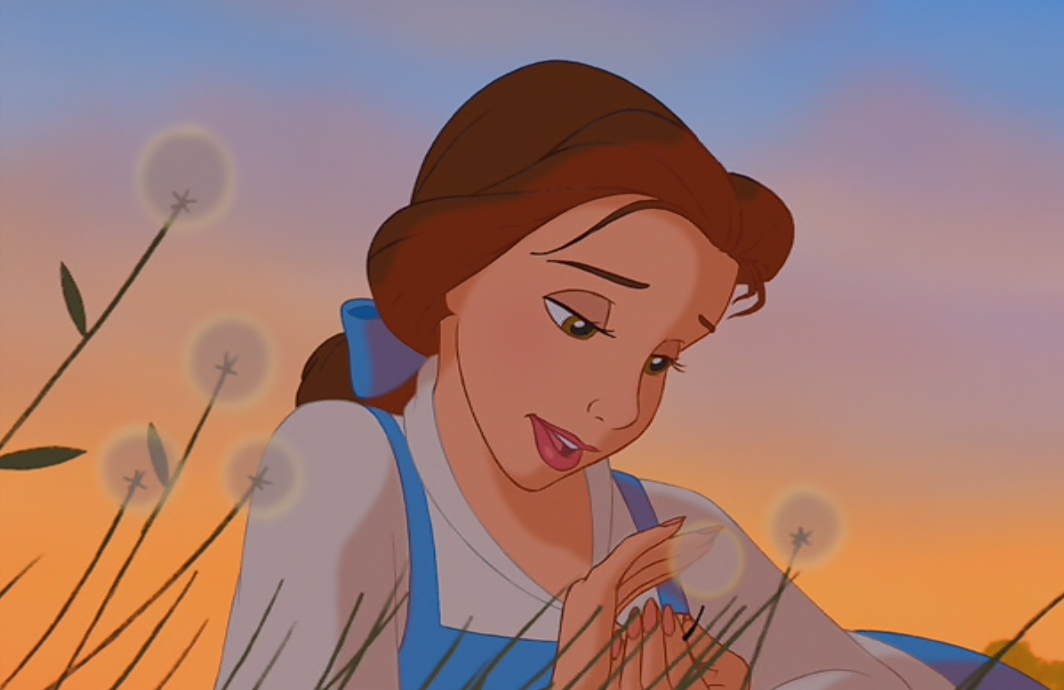 Belle was one of my earliest "Disney Princess" experiences, so she'll always have a special place in my heart. When I was three years old, quoting the entire "Belle" opening sequence--both dialogue and song lyrics--was almost a daily routine for me.

I think what really captivated me was Belle's love for books. Even at that age, I loved books. Stories could transport me to places where princesses were real and a happy ending was right around the corner. So it was wonderful to see a character who loved books and stories just as much as I did.

I think it's safe to say Belle is a pretty relatable character for a lot of girls, not just me. Maybe it's just the fact she doesn't quite belong among her peers or the fact that everyone else thinks she's just a liiiittle off her rocker; but either way, Belle speaks to a lot of people who think, "I don't fit in." The great thing about Belle is that she proves it's totally OK if you don't fit in--it probably means you haven't found the place you're meant to be. Keep trying, be yourself, and you'll find a group of friends who recognizes you for the treasure you are.

The Lord of the Rings: The Two Towers, 2002 New Line Cinema

On the opposite end of the spectrum, we have Eowyn. Although she's proud and strong, she's also extremely vulnerable and knows it. Eowyn is trapped in her own home, watching her family fall apart and seeing her dreams slip further and further away--and all while knowing there's nothing she can do to stop it.

Although what I relate to most about Eowyn is the fact she experiences all these fears while feeling so incredibly alone. I know all too well the fear and self-loathing that Eowyn feels as Wormtongue whispers, "But you are alone." There are those nights when I feel like I am absolutely alone in the world, trapped in my own mind with my raging emotions that are threatening to swallow me whole--and worse, that I've been abandoned to them. That no one cares, and even if they did, they're helpless to save me as I drown in the wave crashing toward me.

Best of all, Eowyn not only shows the two kids of struggles in life (the ones we need to overcome by ourselves and the ones that require us to turn to others for help), but even better, she shows that there's no shame in either. Eowyn was powerless to lift the curse off her uncle, Theoden: she needed Gandalf for that. But that didn't mean she was helpless or shameful or useless or just a damsel in distress. On the contrary, when the time comes, she proves she's just as valiant as any other Rohirrim warrior. Her vulnerability and fear combined with her strength to fight through it make Eowyn a relatable character for anyone, regardless of their gender.

I think anybody can relate to having a bad first day on the job and wondering if you're really cut out for it. And that's just the beginning of Akane's story.
In a dystopian Big-Brother future, after basically being told she's qualified to take almost any job she desires, Akane takes a job working as the equivalent of a cop. All her coworkers are just shy of laughing her off: after all, she's a mouse in a lion's den... until she starts to prove herself more capable than they thought.

I relate to Akane because she's this innocent presence among a group of peers who are both more world-weary and savvy--but also less clear-sighted--than she is. So often I feel inexperienced and flat-out naive compared to some of my friends, but Akane gives me hope that maybe that's not necessarily a bad thing--and indeed, maybe it's something to be treasured, because it gives us both a different perspective on the world than most people can muster. A greater eye for the truth... and, perhaps, the strength to make it a better place. 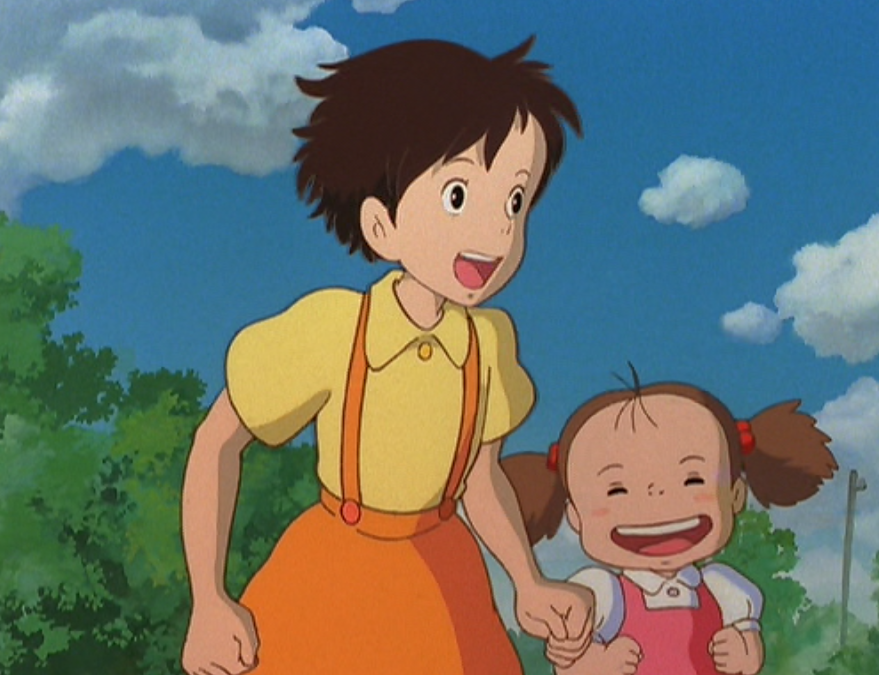 A big sister who feels like she has to take care of her little sister and has a close relationship with her dad? Growing up, it almost felt like Satsuki was me. An adult rewatching Totoro, I couldn't help but laugh as I felt like the movie held a mirror up to my childhood. Watching Satsuki and her little sister Mei run around their house bellowing at ghosts and mythological creatures at the top of their lungs--and then subsequently scaring themselves so daddy has to comfort them--absolutely made me go, "Yeah, that was me as a kid."

Heck, to some degree, still is.

The funny thing is, I almost feel like I relate more to Satsuki now (as an adult) than ever before. The fact that she has to almost run the house as the "replacement mom" feels almost painfully familiar with my own mom out working more often than me. It forced me to take on a lot more responsibilities that I've found cheer in doing, but, like Satsuki, I often take for granted the fact that I'm doing them at all. We don't think about it; we just do it to help our families. 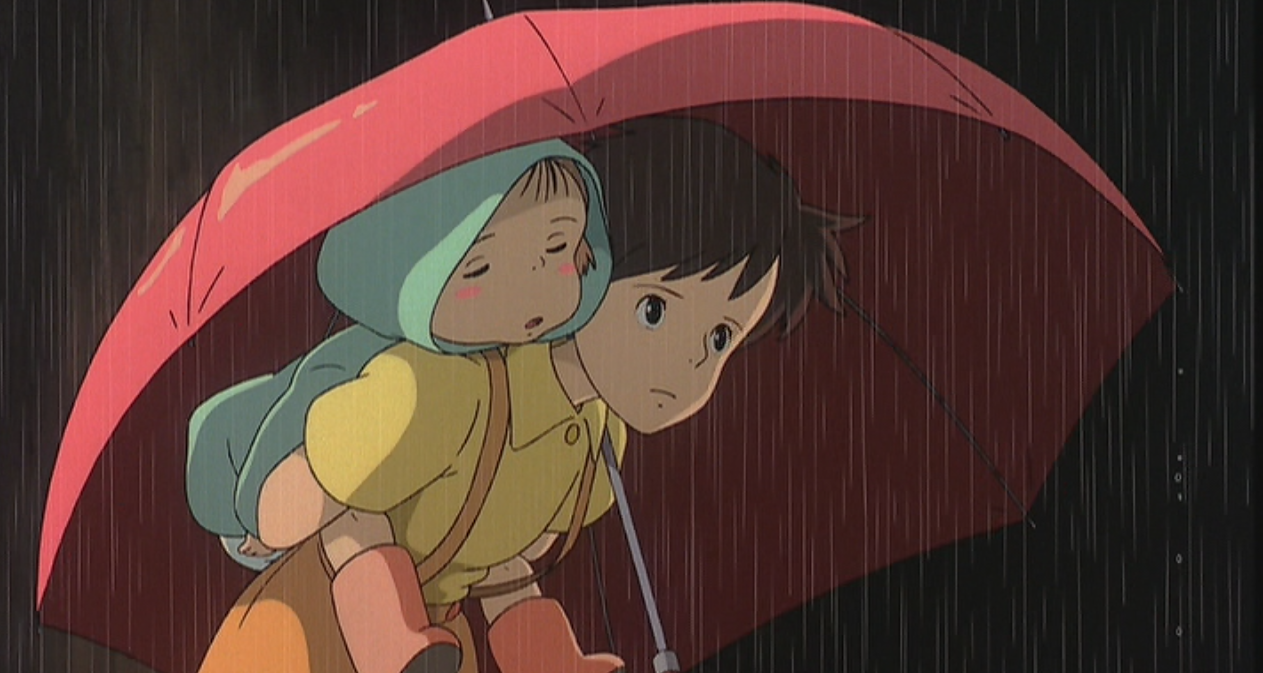 And don't get me started on her horror at the thought that something terrible's going to happen to her family. Darkest fears, much?


Having never had the pleasure of watching the original ballet, there's only one Clara I know: the one from the 1990 film, supported by her Nutcracker (voiced by a very young Kiefer Sutherland, of 24 fame).

This Clara is one of those people who, like me, never really wants to grow up. She cherishes her dolls and her imagination, even at a time when people are beginning to say she's going to be too old for them. She also has a thirst for adventure, even if it scares her half to death when she finds herself in the middle of one!

One of the things I find most relatable about Clara is the combination of how savvy she is and yet how awestruck she is when things start to become truly magical all around her. She reacts the same way I feel I would if I ever found myself dropped into a fantastical tale.

This girl teasingly finishes Uncle Drosselmeier's story with a "--And win the hand of a fair young maiden!" and then proceeds to yawn while asking "Why do all fairy-stories end the same way?" But this very ending is exactly what she secretly wants. In the middle of the night, she steals downstairs and slips her Nutcracker out of his case to dance with him, wishing with all her heart that they really could share a romantic dance together. Then, to her surprise, he really comes to life, and she has to spend all this time trying to tell herself none of it is real... but it is! During her adventure with the Nutcracker and her new group of friends, she simply comes to life. She's not just a dreamer; she's a strong and down-to-earth, sweet, and caring young woman. And when she meets Nutcracker again once he's been restored to real life, she can barely contain her shock... and joy.


Your turn! What are some characters you relate to and why? Let me know in the comments below!


Curious to see ladies 1-5? Check out the finale here!

----
Photos property of their respective owners and used under US "Fair Use" laws.

I'm still missing a few photos on account of needing to complete my DVD collection to get juuust the right screencaps. Hopefully I'll get those up sooner rather than later!

From Him, To Him
Posted by Jeannette Jonic at 7:43 PM