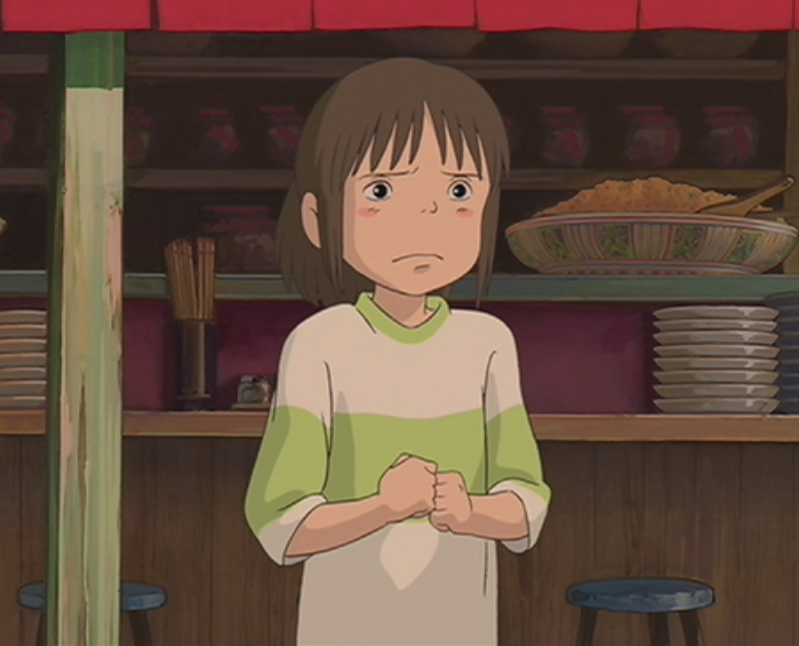 I relate to Chihiro for a lot of the same reasons I relate to Satsuki. Both of them care very deeply for their family and are terrified at the idea of something bad happening to them. But while Satsuki more embodies my concern for my younger siblings, Chihiro embodies my relationship with my parents.

In fact, I laugh whenever I watch the beginning of Spirited Away if only because Chihiro acts so very much like I did when I was ten years old. From her clinging to her mom's arm in fear to warning her parents not to do something that seems even remotely "against the rules," Chihiro mirrors my childhood to a T.

Chihiro is a very relatable character in general if only because she reacts so realistically to this series of bizarre events around her. Anybody would be scared to be left alone in a strange new world, unable to get home, and Chihiro is no exception. When her parents are taken from her, she's terrified. She's lost. She's alone. She has no idea how things work here in this new spirit-filled world or what to do.

She runs around crying. She crouches and hides. And best of all, she teaches us that it's okay to be scared when life throws you unexpected twists.

I have so much in common with Yuna it's not even funny.
We're both shy. We're both deep-thinkers. We both hold beliefs we value more than our very lives, and we both want to make the world a better place by cultivating peace--even if we have to fight for that peace.

It's Yuna's deep-seated strength that makes her so memorable, and her gentleness make her so relatable. She just seems so... normal. She's not some super-powered character. She's not blessed with any particularly special set of skills (unless you count your dad being famous as a special skill). But even so, she does the best with what she has. She's so inspiring. She proves that no matter what level of skill you're at, you can improve yourself. You can get better. And you can stand strong for what you believe, even when it feels like those very beliefs are crumbling around you. 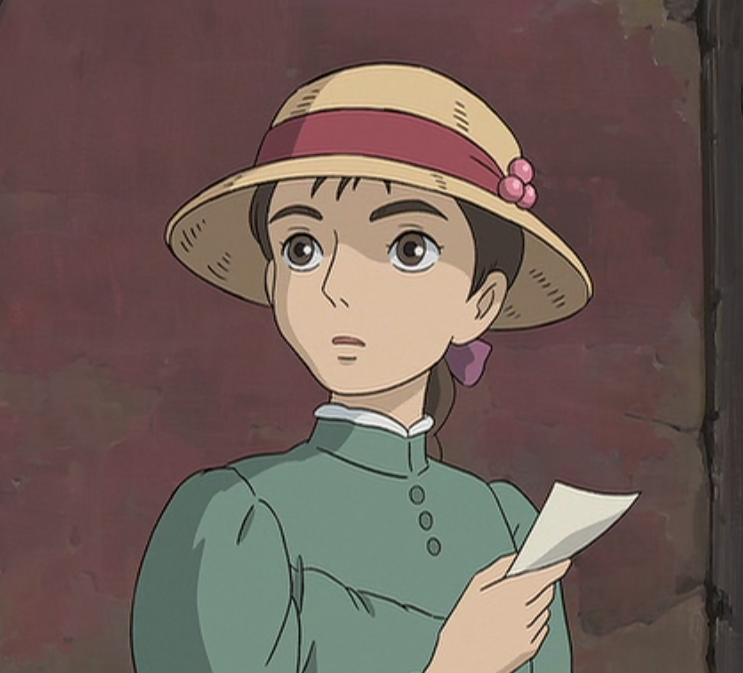 It's easy to relate to a character that shares your deep-seated fears.

Sophie is not only afraid but convinced she's not beautiful--a belief that only gets hammered into her more as she sees other more conventionally attractive girls get tons of attention, while she's virtually ignored. The lack of attention doesn't seem to bother her so much as the fact that people only see her as something useful rather than a human being.

Anybody who's been single for several years or more can tell you that they struggle with that same thing: feeling unworthy, unnoticed, and unloved. I don't struggle with it as much as I used to, but a few years ago, I was plagued by the thought that I had to be useful in order to have value--rather than having value just because I'm a living, breathing human being.

And that's why I relate so much to Sophie. It's so inspiring to see her discover the treasure of who she really is. I still nearly tear up at the scene where Sophie proclaims she'd help Howl (Sophie's love interest. Think the "Beast" to her "Beauty")--even though she wasn't pretty, and that all she was good for was cooking and cleaning. 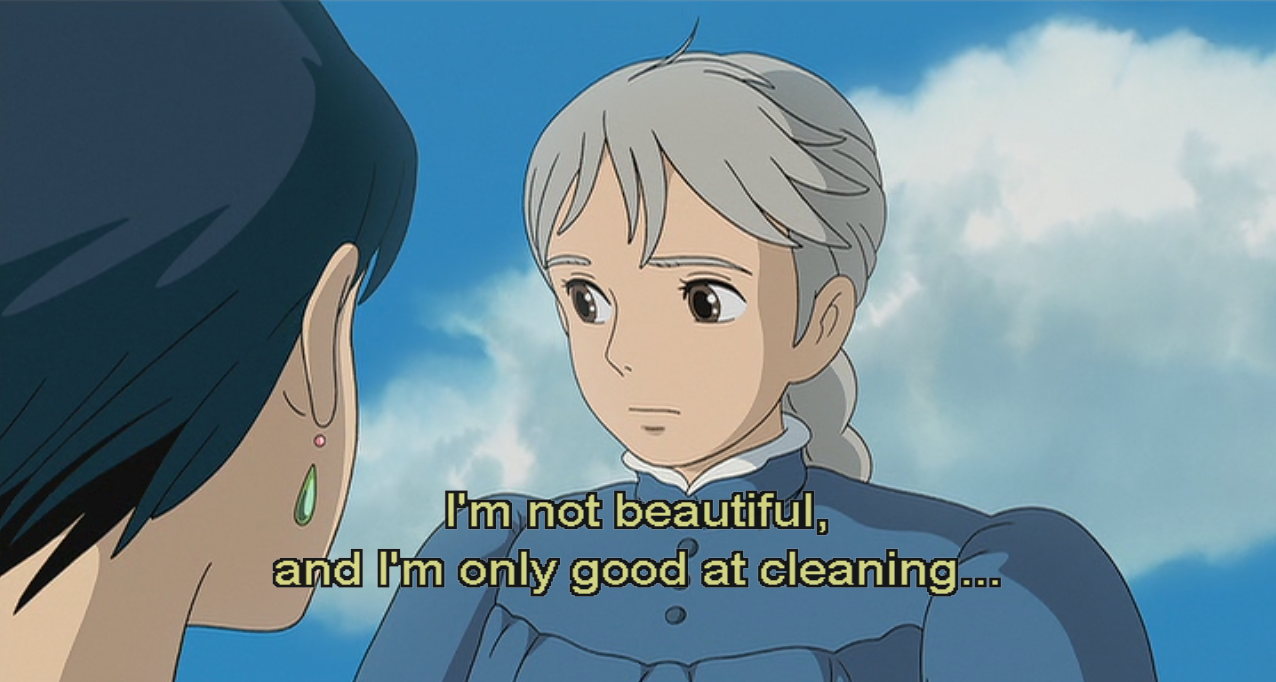 Howl doesn't miss a beat, immediately proclaiming that she's beautiful. And we know as the audience that she is a beautiful person. If she could only open her eyes to see her true value!

Sometimes I wish it were that easy. But most often, I wish I'd get my own wizard-birdman-boyfriend to take me on an adventure to find out.

Rapunzel is innocent, naive, hopeful, and full of dreams. She loves to express herself through art: singing and painting and dancing and sewing. But when Rapunzel finds herself in the world outside her tower, she's terrified. It's scary going out of her comfort zone. And it's tempting to think this innocent little flower doesn't really belong in this world.

Compared to a lot of my friends, I've lived a pretty sheltered life as both a homeschool-kid and a Christian. I've gotten picked on a lot or gotten into conflict because people have perceived me as naive, so I can certainly relate to the tower-dwelling girl with the magic hair.

And yet, much like Rapunzel, I feel like I have very few people I can genuinely share my deepest heart with. So much of it comes out in art--although for me, that art happens to be more writing than painting. I think I'd probably ruin a hundred brushes if I tried to take up that skill.

Even so, Rapunzel refuses to let harsh realities rob her of her spirit. She may get knocked down, but she's strong enough to stand back up again, even when things get hard. 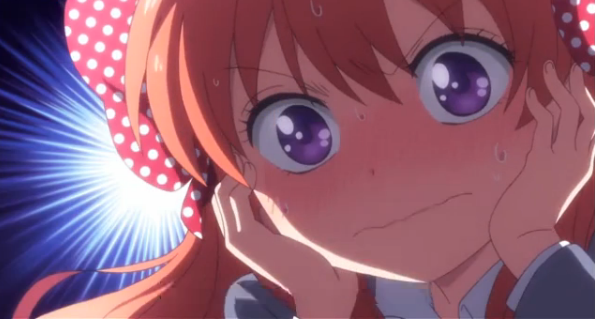 Considering Sakura basically encapsulates my teenage years, I had to put this girl at #1.
Sakura Chiyo has adored her classmate, Nozaki, from afar for longer than is healthy. He's cool, he's handsome, he helped her out of a scrape when she was almost late for school. He seems perfect. Maybe a little too perfect. So perfect that she just can't get the courage to tell him that she likes him. And when she finally gathers the courage to try... well... things don't go as planned.

I had a crush on my best friend from 4 to about 14, so I can certainly relate to pining for someone from afar, only to see them as basically unattainable because HECK NO I'm not confessing my love! That's way too risky!

Even after Sakura butchers trying to confess her feelings for Nozaki, she still can't get the courage to actually try again. She's more than content to just let things stay as they are, even though Nozaki isn't picking up any of her hints. It's easier to just stick around helping Nozaki draw manga rather than confessing and possibly bringing up all sorts of conflict--and possibly rejection.

I mean, who hasn't been terrified at the idea of confessing to someone you liked?

In addition, Sakura also has that same naive, innocent charm that Rapunzel has, but with even more passive-aggressive sass like the kind I tend to spit out when I'm around people I know well. She's overly-dramatic, she's a hopeless romantic, and if not for her fiery red hair and the fact she's in highschool, she'd be me in anime form.


What characters do you find relatable, and why? Let me know in the comments below!

----
Photos property of their respective owners and used under US "Fair Use" laws.