What "Princess" Means to Me: The Romantic Princess

I often discuss my posts with a friend of mine. After reading my post On Princesses, we had a short but really interesting discussion, and it made me realize I really wanted to go back to the princess topic.

First off, I didn't really make it very clear what I meant when I say "princess," so today, I'd like to start there.

There are a lot of different kinds of princesses out there. Heck, even the word itself can be used in a multitude of ways, ranging from a grandfather's pet name for a granddaughter to a derogatory term for a high-maintenance woman: "Excuuuuse me, Princess!"

There's also the "fake" princess, the marketed one that so many people who dislike Disney think of: politically-correct, polished and prim, perfect. Disgustingly perfect. Impossibly perfect. This "fake" princess is pressed on our psyches over and over by commercialism; you need look no further than the medley of girl's toys available today. No wonder few enjoy this image of a princess.

When I refer to the concept of the princess, however, I'm not talking about any of these things, just as I'm not talking about the "real life" political position of a princess. I think the best way to describe my concept of the princess is a princess in her highest, most pure form--a Romantic form, you could say. The form that doesn't exist in the physical world (or else it would be a political princess), but it also isn't fake and artificial, either. I believe this kind of princess does exist... but in a spiritual way.

I believe it's this kind of princess we see Sara trying to be in Frances Hodgson Burnett's A Little Princess. Sara is an orphan. Regularly, oppressively, all the other girls and the adults (who are supposed to take care of her) mistreat her. But Sara is determined to be brave. Now, Sara's brand of courage isn't the path of resistance; she's not trying to rise up to fight against those who have hurt her. No, Sara's courage is even more difficult than that: she is determined to remain a good person despite all the abuse she has endured. She makes a vow that, no matter what happens to her, she will pretend she is a princess. To her, that means treating everyone kindly and always giving them the benefit of the doubt (even those who are cruel to her). She chooses to remain optimistic, putting others' needs before her own, and just being a pleasant person in general.

Another good example is a girl who is not a princess but actually a queen: Lucy Pevensie in C. S. Lewis's The Chronicles of Narnia. After the momentous battle with the White Witch, Lucy exhibits her selflessness and goodness by using her gift from Father Christmas to heal the wounded that litter the battlefield. Perhaps even more telling to her character, of all her siblings, Lucy is the one to continually hope in Aslan's power and goodness, even when the others don't believe her. She is brave enough to walk her own path because she knows it is the right one. I absolutely love Alanis Morissette's song Wunderkind that appears near the end of The Chronicles of Narnia: The Lion, the Witch, and the Wardrobe soundtrack, because it so perfectly describes Lucy... and the concept of the Romantic princess.

Both of these examples prove that Romantic princesses don't have to be warriors to be strong and brave. In fact, this is one concept that I think many miss when they try to create strong female characters. My sister and her best friend have both said to me how media today so often shoehorn female characters into displaying masculine strength. They completely miss the fact that women can be strong without being physically powerful or without fighting. In fact, if a female character doesn't know how to fight and/or never learns, the writers are blasted for creating a wallflower, a damsel in distress--the underlying message being, "How dare you force your woman to rely on men to protect her! She's useless if she can't fight!"

But we know there's more than one way to be strong. We know not all strength lies in the size of your biceps or the skill with which you can wield a weapon. How did we forget this as a society?

I'm reminded of a scene in the extended version of Peter Jackson's film adaptation of The Lord of the Rings: The Return of the King. Pippin the hobbit encounters the warrior Faramir, who has recently lost his brother, Boromir. Boromir was a war-hero admired by all. Faramir laments how different he and his brother were, implying his brother was strong while he is not. (If you haven't seen it, you can watch here; although if you still don't have the extended version, I strongly recommend you find and purchase it!)

If you've seen it, I'm sure you know exactly how Pippin replies: "I think you have strength. Of a different kind."

And I'd argue that it's more of these sort of strengths that strong women--and Romantic princesses--exhibit. Strength of heart to keep fighting for relationships, even when things get hard. Or strength of spirit to keep on hoping even in an impossible situation. Those are the kinds of strengths I see in female characters that I deem "strong." It has nothing to do with how powerful they are, and it certainly has nothing to do with them feeling so insecure that they feel the need to remind every other person they meet that "I am woman, hear me roar!"

Romantic princesses don't often concern themselves with whether they're strong. Or if they do, it's only out of a desire to become a better person or to protect the ones they hold dear--a side-effect of their strength of heart.

Yona from the anime Akatsuki no Yona (Yona of the Dawn) is an example of this. An actual princess, Yona is exiled from her home when a usurper kills her father and steals the throne. She spends the rest of the series struggling with her grief over the event while trying to become a better person--and a better princess--by learning about her peoples' needs and serving them. Yes, she takes up arms--but only after she has weighed the cost and has determined that she must do everything she can to protect the ones she loves. She doesn't fight to feel powerful or to make sure no one can ever oppress her again. She fights not because she is physically strong, but because she is vulnerable. 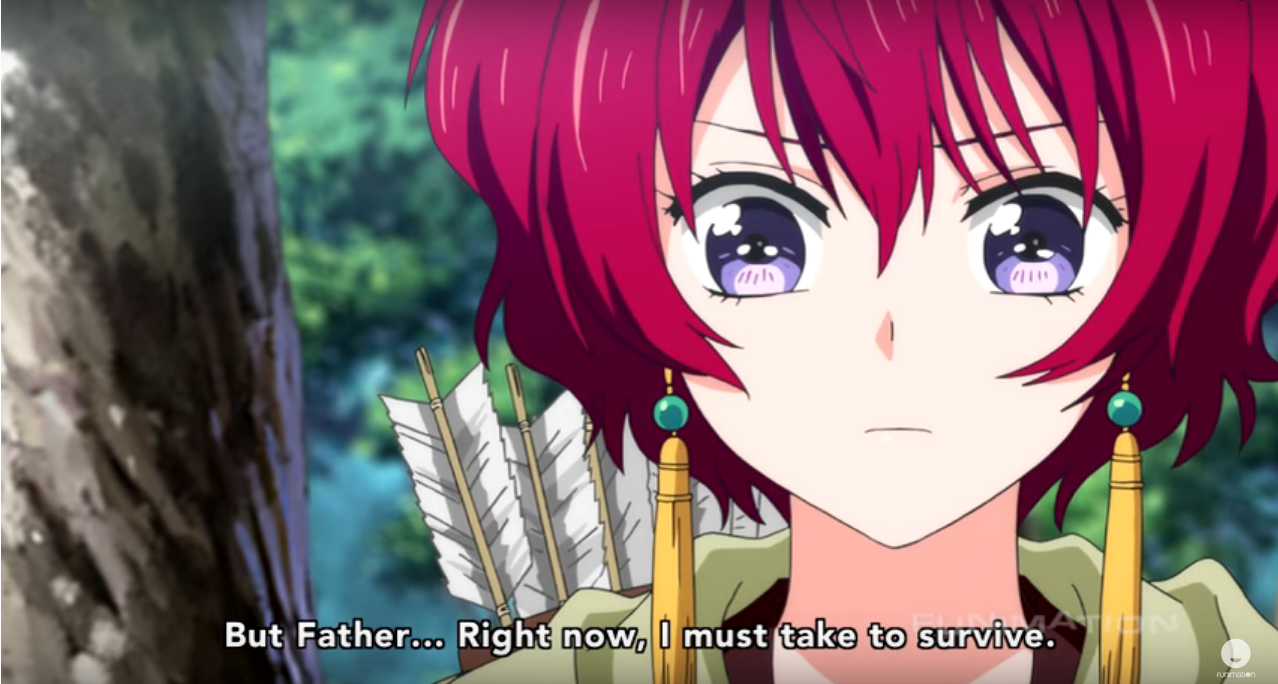 I think--and I truly believe many other people believe this too--that vulnerability is one of the greatest strengths a princess--or any character--can display. 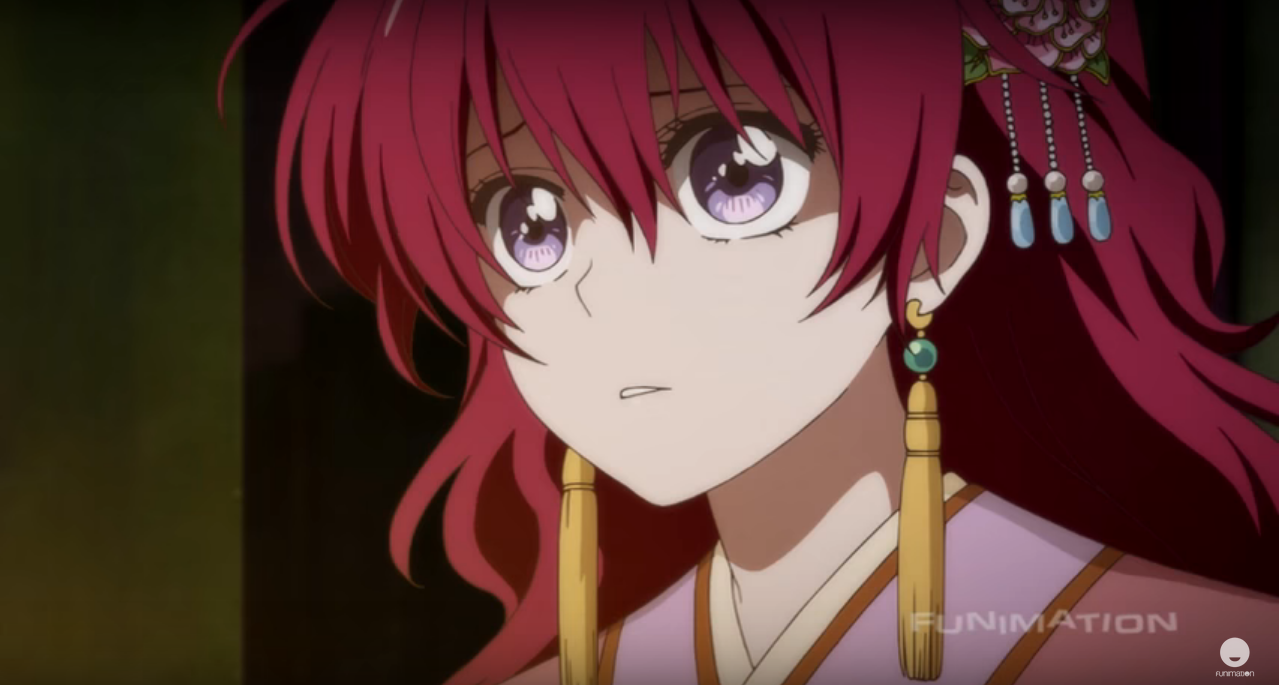 Again, Yona is a fantastic example of this. She is traumatized by seeing her father murdered in front of her. Her eyes are hollow, and her motions are automatic. By the end of this nightmarish evening, she doesn't even have the strength to run on her own two feet: her guardian carries her past the palace walls into the wilderness. She doesn't struggle out of his grip, pride wounded. She doesn't make a fuss, even as he tries to help her regain her strength over the next few days. She knows how weak and wounded she is. She doesn't try to hide it. She doesn't chastise her guardian for limiting her or looking down on her--she humbly accepts his help. She's strong enough to admit to herself and to others that she's vulnerable. 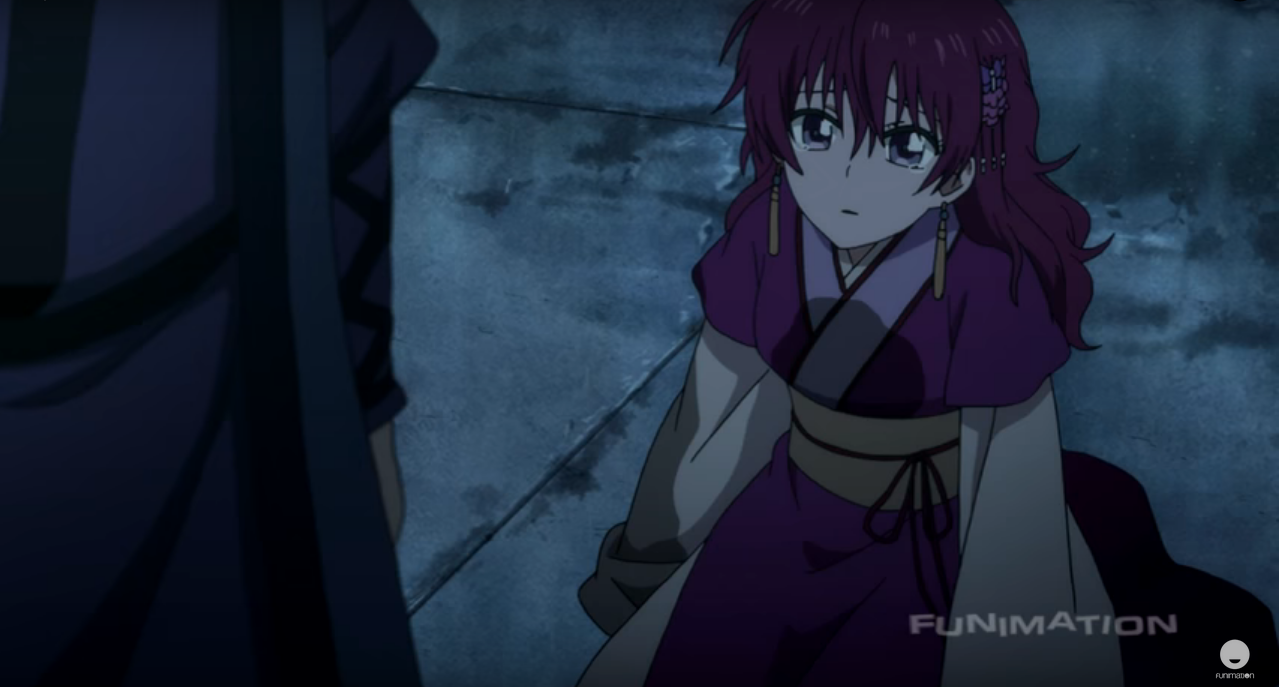 Courage. Selflessness. Loving others, even when it hurts. Optimism. Hope. Vulnerability. These are the qualities that define the Romantic princess. These are their strengths.

---
All photos property of their respective owners and used under US "Fair Use" laws. Obtained via Funimation's official YouTube channel, where you can also watch Yona for free!

For Him, To Him
Posted by Jeannette Jonic at 2:13 PM