What is it about princesses that just... enthralls me? 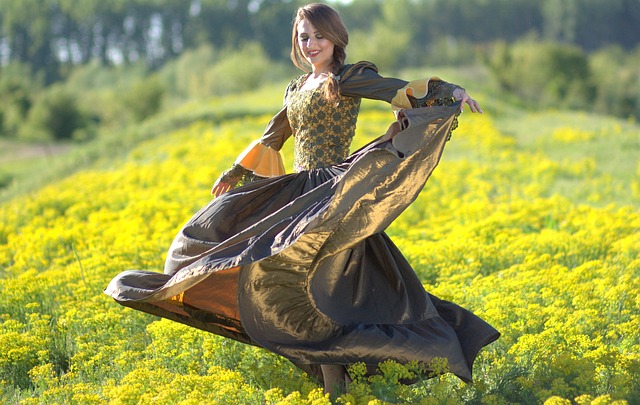 I remember as a little girl pretending almost every day that I was a princess. I had a beautiful gown and a sparkling tiara and a handsome knight and a kingdom to save. It was what I wanted. It was what my heart yearned for. I can't tell you how much I wished I were really Anastasia or Cinderella--that I was a hidden princess, just waiting to be found.

That was me as a girl. But even now, that still holds true. I love princess stories because I want so much to be one.

I'm obviously not the only one who loves princesses, or else Disney wouldn't be popular among anyone over the age of seven. But it is.

There's something about princesses that captures many peoples' imaginations. But it's not so much princesses in the real world--although there is plenty of people who are enraptured by real-life royals, too. It's more the princesses that live in our imaginations, or in movies, or in stories.

There's something captivating about the idea of a princess. A pure woman who is beautiful, inside and out. Someone who is vulnerable enough to share her heart, but also strong enough to stand against evil--to know what is right and what is wrong.

Maybe that's part of the appeal of princesses, what makes their purity so pure and lovely: their moral fortitude.

Don't get me wrong. I know life isn't always black-and-white. Life has just as many grays, and we need to have stories to point that out.

But in this day and age where anyone's allowed to do whatever they feel is right, doesn't it sometimes feel like we're all just drowning in a sea of gray? What really is "good" and "right" any more, when we have so many villains that believe what they're doing is right and true and good? Is good really just a matter of opinion or perspective?

I don't think many people truly believe that. Because I know the sort of movies most people love to see. They're stories with heroes that, even if they may sometimes lose their way, they know that there is real good to fight for. There are boundaries that are evil to cross. There are right and wrong choices.

And I think princesses encapsulate that. I mean, can you think of a princess who was torn apart by moral ambiguity? I'm having trouble coming up with one, besides perhaps Rapunzel in Disney's Tangled, who felt torn between obeying her mother and exploring the life outside her walls (Though I'd argue this is a "false positive," since Rapunzel is locked in an abusive relationship to her "mother," but that's another topic for another time).

No. When you usually think of a princess, you think of someone who is pure not sensually but morally. She knows what's right. She is firmly entrenched in what is truly good. She stands in stark contrast to the villain because just as the villain represents wrong choices, the princess represents right choices.

And knowing there is real good in this world is like the sun breaking through gray clouds. It gives hope.

Little wonder so many love the idea of a princess.