Confessions of a Reformed Grammar Nazi 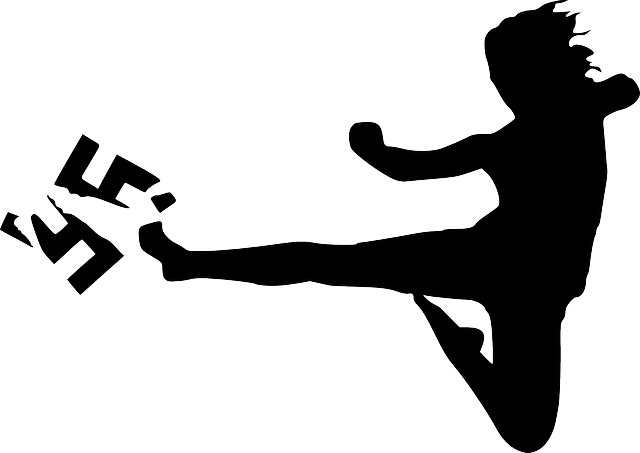 I used to be a grammar Nazi.


I know, I know. Hate on me all you wish. I deserved it. But I've changed since then, I tell you! I've seen the light! Just look at my blog and you'll see. It's nowhere near the polished English I craft for cover letters. I can be hip! I can be cool! I can write in fragments!

You know, it's funny how my writing has metamorphosed over the years. At least, my informal writing. (It's okay if I call this blog "informal writing," right?)

I'd been a self-proclaimed "grammar Nazi" since grade school. I used to nitpick everyone's grammar--written and oral.

I think I was around 8-10 years old when I realized just how incredibly annoying those corrections were. It was, of course, when I got a dose of my own medicine: my dad started correcting my grammar, and that made me feel like crap. I hated being corrected on anythiiiiing. Still do. So, in the interest of not making other people feel like crap, I stopped correcting people (mostly).

It's not that I didn't care about grammar any more. I just chose to stop being a snob about it.

To the point where I didn't really care whether I used a comma or a semicolon as I chatted with my friends over an instant messenger.

Toooo the point where grammar flies out the window when expressing my inner voice here on my blog!

But that doesn't mean that I don't still have my pet peeves.


It's and its still drive me crazy (although why did the English language choose to curse us with this bizarre anomaly? Everyone knows that every other possessive word is made by adding 's! So why not its?!)

And don't get me started on abbreviations where they don't belong. Are you sure you want to be plastering "LOL" all over that important document?

And do most people develop selective amnesia when they go to comment on a YouTube video? Punctuation exists, people! Use it! Love it! Live it!

But now I have the awkward problem of not knowing when to correct someone.


It's not just with grammar, either. I have trouble correcting people on anything now.

Like the first job I got outside of working at my dad's business? I introduced myself to a coworker over the crooning of pop music on the loudspeakers. She misheard my name, of course, so instead of "Jeannette," she called me "Janet."

The first time, I wondered if I should say something. But it took me too long to inwardly debate the pros and cons of correcting her. I mean, it wasn't a huge deal. It was just a name, right? And "Janet" was pretty dang close to "Jeannette."

But with each "Janet," it made me flinch inside (I hate the name Janet with a passion, which I attribute to Arnold's obnoxious cousin on The Magic School Bus cartoon).

Oh, but now it was too late. She'd been calling me Janet repeatedly. I'd missed the window of correction opportunity. If I said something now, it'd just make us both feel weird and uncomfortable.

I convinced myself that "Janet" would have to do.

I think it was about two weeks later when another coworker overheard my new friend talking to me and asked, "Did you just call her Janet?"

The moment of truth. They both turned toward me.

The moral of this story?

Don't be a grammar Nazi, or people will hate you.

Now I need someone to console me about how ridiculous I am. But I can't be the only one who has a love/hate relationship with corrections! Do grammatical errors (or name errors!) get under your skin? What are some of your other pet peeves?