It was a long walk, and the first half was in silence, but after a while, Isalaina already began to cheer up. It was hard for her to stay upset when she was surrounded by green leaves and blue sky and little white puffs of cloud overhead. She’d taken her hair down—no need to keep it up now that they weren’t at the looms all day—and her hair swept around her face and tumbled over her shoulder like a fountain of gold.

Jaranin started and forced himself to remain focused. “All right, we’re almost there, so I’m going to cover your eyes now.”

She smirked. He had a feeling she already knew exactly what his big surprise was going to be. But she nodded. He slipped behind her and covered her eyes with his palms, gently guiding her forward with his voice.

The wind had picked up, and it shook the crowns of the trees. Fortunately, the rustling of leaves concealed the tell-tale sounds.

They only had a bit more forest to walk through, and then… they arrived.

“Surprise,” he whispered as he pulled his hands away from her eyes.

Sand stretching leagues in either direction, leading all the way down to the gray-green Xagimn Ocean. The waters pounded on the beach in soft rhythm. Far out into the ocean, where the water ran deep, the waves crashed against brown rocks and the grass-topped cliffs. They had spelled doom for any would-be invader’s ship in the past, but they were far enough out that they posed no problem for swimmers.

Isalaina swung her arms wide. “Oh, Jaranin,” she sighed, taking in a deep, long breath of air. “I haven’t been down to the ocean in… ages and ages now.”

Instantly, she was dropping her seat to the sand, nearly tearing off her shoes. As soon as her feet were free, she wiggled her toes into the sand. “Ahhh… the beach,” she murmured. “You got me the beach for my birthday.”

He indulged in a chuckle of satisfaction while watching her. Then he bent over to unlace his own boots.

“Oh, Jaranin, what a perfect gift. Thank you,” Isalaina whispered. She was sitting in the sand, just gazing out across the water. Drinking it in.

Then, suddenly, she spun to him and grinned. “Last one to the water’s a crayfish!” Isalaina jumped to her feet and broke into a full-tilt sprint toward the ocean.

“H-hey!” he cawed, stumbling after her only to trip on a lace and tumble face-first into the sand. He scrambled, kicked off his boots, and staggered after her. 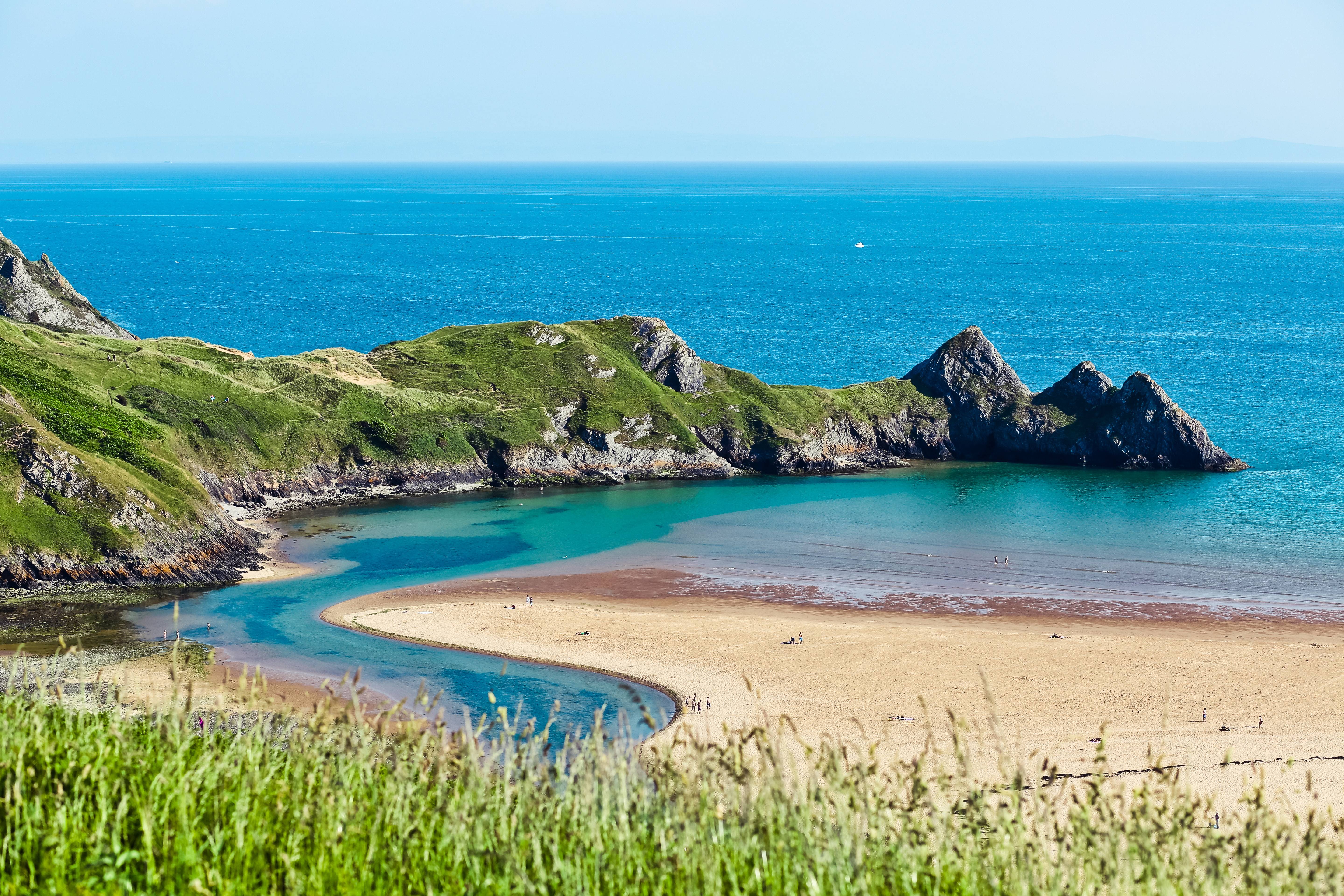 By Samantha Scholl on Unsplash

---
[Excerpt from The Victor's Blade; all content subject to change.]

From Him, To Him
Posted by Jeannette Jonic at 12:43 PM