Trying to test out a stream-of-conscious post today. We'll see how that goes. Right now, today, my consciousness feels sort of like this: 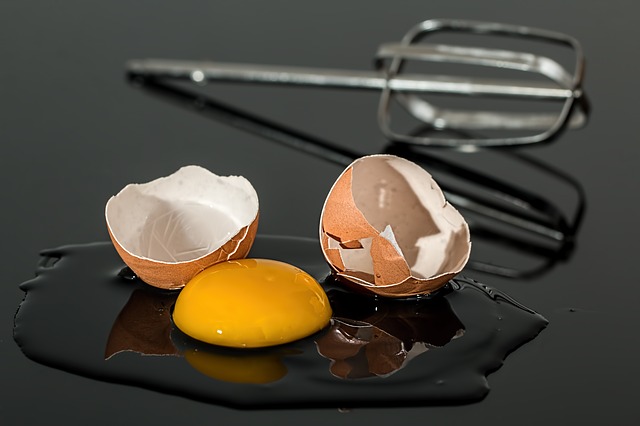 I didn't get enough sleep last night. Mostly my fault--stayed up wayyyy too late. So that never helps. See the egg picture again for how I feel when I don't get enough sleep. Pretty sure if I could poke my brain, it'd be the same consistency as that egg yolk.

Though I do wonder if part of my problem lately is if I have depression. I know next to nil about it, so I can't exactly self-diagnose; but I know that for a long time now I have not felt like myself.

I just know that I'm sick of feeling lousy 97% of the time, you know? (Even on the nights I don't go to bed too late.)

I also wonder how much of how I'm feeling is spiritual. It just seems like what I've been going through is so much more than just feeling stuck in life. It's feeling beaten up--some days brutalized--by the messages I keep feeling like I'm receiving. I'm definitely tuned into the "Let's rip Jeannette apart" frequency. I should probably turn to a different radio station.

(Coincidental metaphor, since I've been listening to Christian radio for hours at a time the past two-three days. I think my subconscious is trying to use it to drown out the negative messages.)

Over the course of two days, I discovered I'd been passed over for three different jobs I'd applied for.

Maybe that's pretty common. I'm not familiar with other peoples' experience finding and applying for work. But this has been crushing for me. I hate the job application process enough as it is: it requires me to do things that are completely out of my comfort zone (doing things I don't do frequently, doggedly hunting down opportunities, preaching myself up, going out of my way to make phone calls and send business-related e-mails). It drains me. It makes me feel like a cog in a machine, not a person. And to continually get rejections, one after the other, makes me feel like I'm not even a working, needed part in the machine. Like I'm just a broken piece of junk that's not useful to anybody.

Oh, there are those negative whispers again.

The "no's" yesterday didn't just get me feeling down, though. Two of the three cases actually got me angry--and anyone who knows me well will tell you, getting me actually angry takes some doing.

I felt I'd done everything I could to get an interview with these two jobs. I'd spent hours filling out applications and trimming my resume and crafting my cover letters. I called one of the jobs consistently, just asking if I could follow up (the other one of the two requested no phone calls, so I respectfully just sent a couple e-mails asking if I could speak to their Human Resources department. I even asked in one of them if they discourage following up. Didn't want to bother them if they didn't want to be bothered)

I didn't get either job.

Isn't a "Hey, sorry, we picked someone else" message just common courtesy? Is that so much to ask, just to let me know I don't need to use my valuable time pursuing you? Am I wrong?

I've learned recently that time is incredibly important to me. So for my time to be literally wasted by what I considered to be an incredibly rude gesture--ignoring me not once (and in the case of the one job), not twice, but three times--

Can you tell I'm livid?

So... anger, bad news, and wasted time, on top of feeling like a loser, do not a good combination make.

I'm just... gonna be over here, listening to my Christian radio. Lemme just turn up the volume a little bit more. I really need Danny Gokey to "Tell Your Heart to Beast Again" today.

You, too? Here, I'll scoot over. We'll listen together.


From Him, To Him
Posted by Jeannette Jonic at 1:10 PM