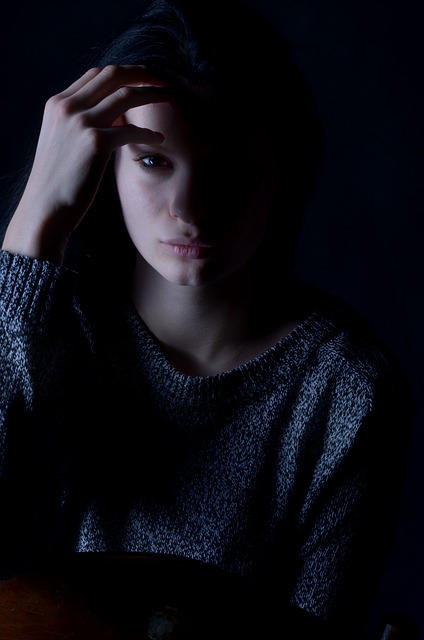 I wonder how many people struggle with insecurity? I'm guessing about everyone. It amazes me how crippling it is to artistic people especially, however.

I believe art to be something that comes straight out of someone's heart--or soul--or however you want to phrase it. I think everyone can agree it comes from a place deep inside us, out of a piece of who we are as an individual. So maybe I shouldn't be so surprised that insecurity, something that by definition attacks who a person is on a deep level, is so debilitating.

I'm speaking from an artist's perspective, but I'm sure it's just as devastating to anyone who wants to do or be something. And I guess deep down, we all want to at least be somebody who matters.

Insecurity tells us we're not.

Man, that voice is so easy to listen to when you're already afraid that everything you've worked for is going to fall like a house of cards. Then the voice comes in and... poof. In a gust of wind, your blood, sweat, and tears is useless. Like it never even happened.

No, that's not strong enough.

I drown in insecurity.

The strange thing is, I've had a pretty great life. I wasn't bullied as a kid like so many I know have been. I didn't have abusive parents or family members that ripped apart what I'd made or told me I shouldn't pursue what I cared about. Quite the opposite. I'm blessed beyond belief to have a family who are my biggest fans (and cheerleaders).

So I can't really blame my insecurity on any physical outside force. No traumatic childhood event that sparked my inner turmoil of--

"Is what I'm doing worth noticing? Am I worth it?"

But it's there all the same. And a lot of times, there's more that goes with it. Another voice. Not constructive criticism, but the really sinister kinds of criticisms. The destructive ones. The ones that harmonize with the voice inside my head:

"You'll never be able to do it.

"And the worst part isn't even that you can't--you just won't.

If you're wondering how I handle it, you might not want to.

I'll just say, plug your ears if you're offended by spiritual/religious stuff.

You still reading? Okay then...

I'm a Christ-Follower. I also (try to be) a Bible-Follower. So what that means is, I believe that stuff like God and the devil and angels and demons are real.

No, not the devil like the one you're thinking, with the cutesy red onesie and horns and a pitchfork.

Think more like cancer. Think more like abusive parents. Think 9/11. Think all the senseless violence you see plastered all over the news, the kind that makes you stop and wonder, "Where is all this coming from?"

Think like those voices inside that scream you're worthless.

I believe that a lot of times, more often than I even feel comfortable admitting, it's demons that are stirring those voices in your head. But sure, sometimes it may just be me. Or other people. I'm frankly not very good at sorting out who's who and what's what and where everything's coming from. I just know there's senseless evil in this world, and I don't think it comes without an instigator.

But I also believe there's someone out there who creates, not destroys. Who designed things to be different. Who's going to make sure this world ends in victory and good. Who lets bad things happen for reasons I don't get, but who I trust anyway because I know he may not be "safe," but he's good.

And He's the only one I've found who can really shut up those voices of insecurity--even a little.

When the voices are almost literally drowning out any other thoughts, I've only got God to turn to. I beg him for some help. I'm literally in tears as I ask him to save me, because I pretty much feel like I'm the damsel who stumbled into the wrong story, and now I'm being tortured by an enemy I have absolutely no strength to face.

Yeah, there's been a couple times I haven't felt anything. Where all I've been met with was silence. They're the kind of times that make you think, "See, that proves there is no God."
But I can't deny that way more often, out of nowhere, I'll be given something. A thought. Once or twice, it's been a whole poem. Sometimes, it'll be a song--on the radio, or in a music video I'll stumble across on Youtube, or on my iPod--something that speaks to me in a way I've never heard it speak before. Something that makes me feel like something outside of me is cupping my face in their hands, looking me straight in the eye, and saying,

"Those voices in your head? They're wrong.

But I think it really is God. Especially considering I'm the first person to rip myself apart, not to make myself feel better (picking at emotional scabs is my forte). And also considering I only ever get these messages of affirmation when I stop what I'm doing and realize I'm sunk. Realize I'm hurting. Realize I need somebody other than myself to tell me I'm worth something.

That message doesn't sink in if I repeat a mantra to myself.

It doesn't sink in no matter how many times my family or friends tell it to me.

It only ever sinks in, a little bit, when I'm bawling my eyes out, asking God to save me.