A Glimpse into My Creative Process

First of all--WHOA! Sorry about the lack of updates lately. I woke up Monday morning and sort of had an emotional breakdown out of nowhere (I'm better now, though). Then Wednesday came along, and my sister/roommate decided to take a last-minute personal day due to inclement weather. And as we both have a propensity for video games, I had a feeling Wednesday was not going to be particularly productive, either.

But I knew I had to at least try to get something out today, since you've been waiting so patiently. And I thought: what better to talk about than my current writing process! 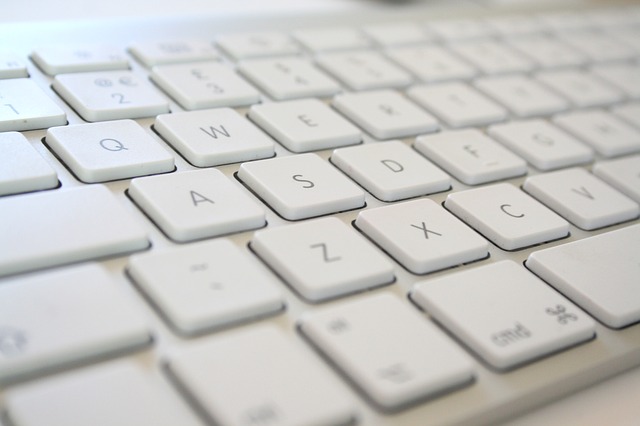 You know, that thing that I haven't been doing this entire past week. Sighhhh...

A typical work day starts with me doing my duty as a responsible adult and scrounging around for jobs (month two of the new place and I'm still looking).

But as soon as that obligation's out of the way, it's off to Google Drive to work on my current project, The Victor's Blade.

Here she is: the entirety of The Victor's Blade and its associated universe. Remember when I said I was an Over-Planner?

Lately with The Victor's Blade, I've been in planning mode rather than actually writing. This is due to a few reasons, mostly because I started writing the trilogy when I was eleven. I'm currently twenty-six, so there's plenty of plot items that I've realized simply don't work.

Most of my plot notes are in a single Excel-style document. Here's a glimpse at what it looks like (Uh... spoilers if you'd rather not know early Elven history for this universe): 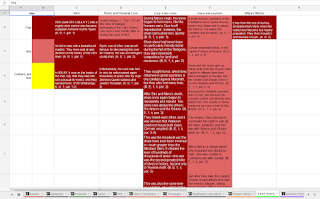 As you can see, there's a whooooole lot of tabs.

As you also can (or can't) see, the color code is:
Currently, I've been working on compiling all the notes in this document to a single doc that lays everything out in chronological order. (No screencap of that one, though. Too many sensitive spoilers!)

But here's a picture of the timeline instead! Oh, additional early history lore spoilers.

Lately, working on that chronological document has meant me going through the lineage of Jaranin, the protagonist--which means I'm mostly going through copy/pasting the story of each one of his ancestors, the dates they married and had kids, etc.

I've had Jaranin's lineage about 99% complete since around 2002. So since his lineage is basically finished, there's not much "actual" work I've been doing on it. Currently, it's just a matter of tweaking some stories I wrote when I was eleven and adjusting the overall flow so it better corresponds to the antagonist's plans.

As for the actual writing of the writing process...

I'll let you know when I get there. =P

---
Anything in particular catch your eye? Are there some other documents you'd like to see more of? Let me know in the comments!

Keyboard photo courtesy of Neuneu and definitely not my own keyboard, which is filthy and disgusting and otherwise not photo-worthy. Originally posted on Pixabay.com.